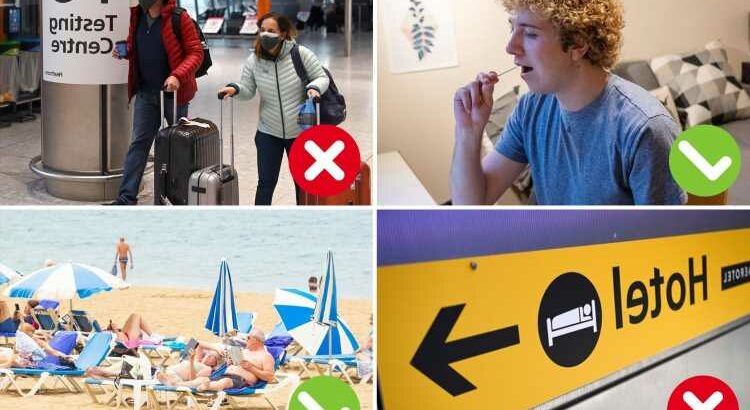 IT'S been close to impossible to travel through the pandemic, with Brits waiting with bated breath for a holiday boost.

But with a stonking 44,229,777 adults double-jabbed in the UK, the pesky rules are expected to be SCRAPPED in a major travel announcement later today. 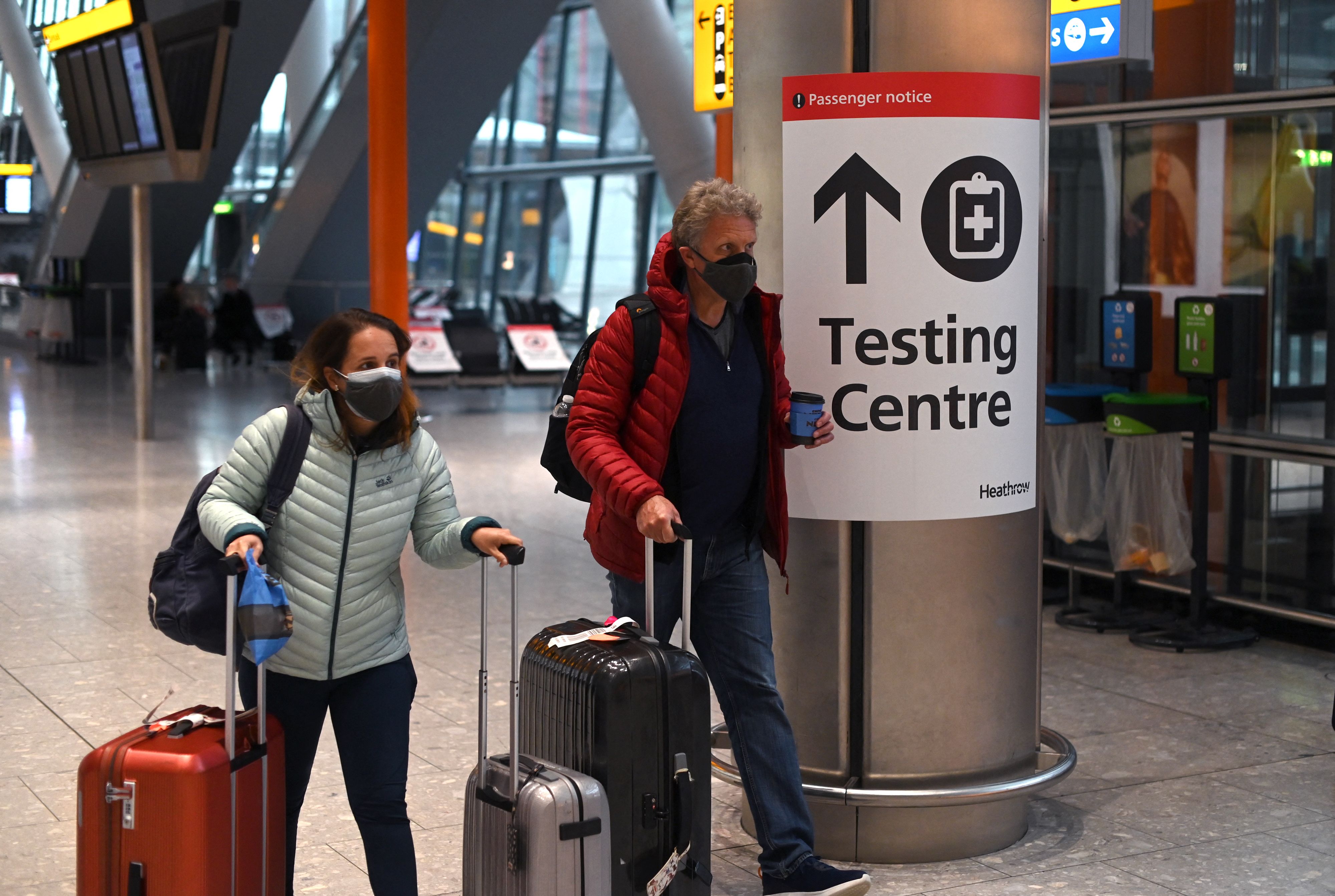 The major shake-up could see double-jabbed Brits no longer having to take costly PCR tests.

And the 'pre-departure tests' that travellers are forced to take before flying home are also likely to be scrapped.

Changes to the traffic light rules are also likely and could be cut to a much simpler go and no go system.

But anyone who hasn't been double-jabbed will have to pay the price – facing even tougher restrictions.

Here's what could be revealed in the Government's announcement today.

The swabs, only for double-jabbed arrivals, will cost about £30 as the free NHS kits will not be accepted.

Those taking the test will be supervised in person or virtually but the changes will save about £100 in testing costs per booking.

And they will not have to show a negative test at all if they return from a green list country. 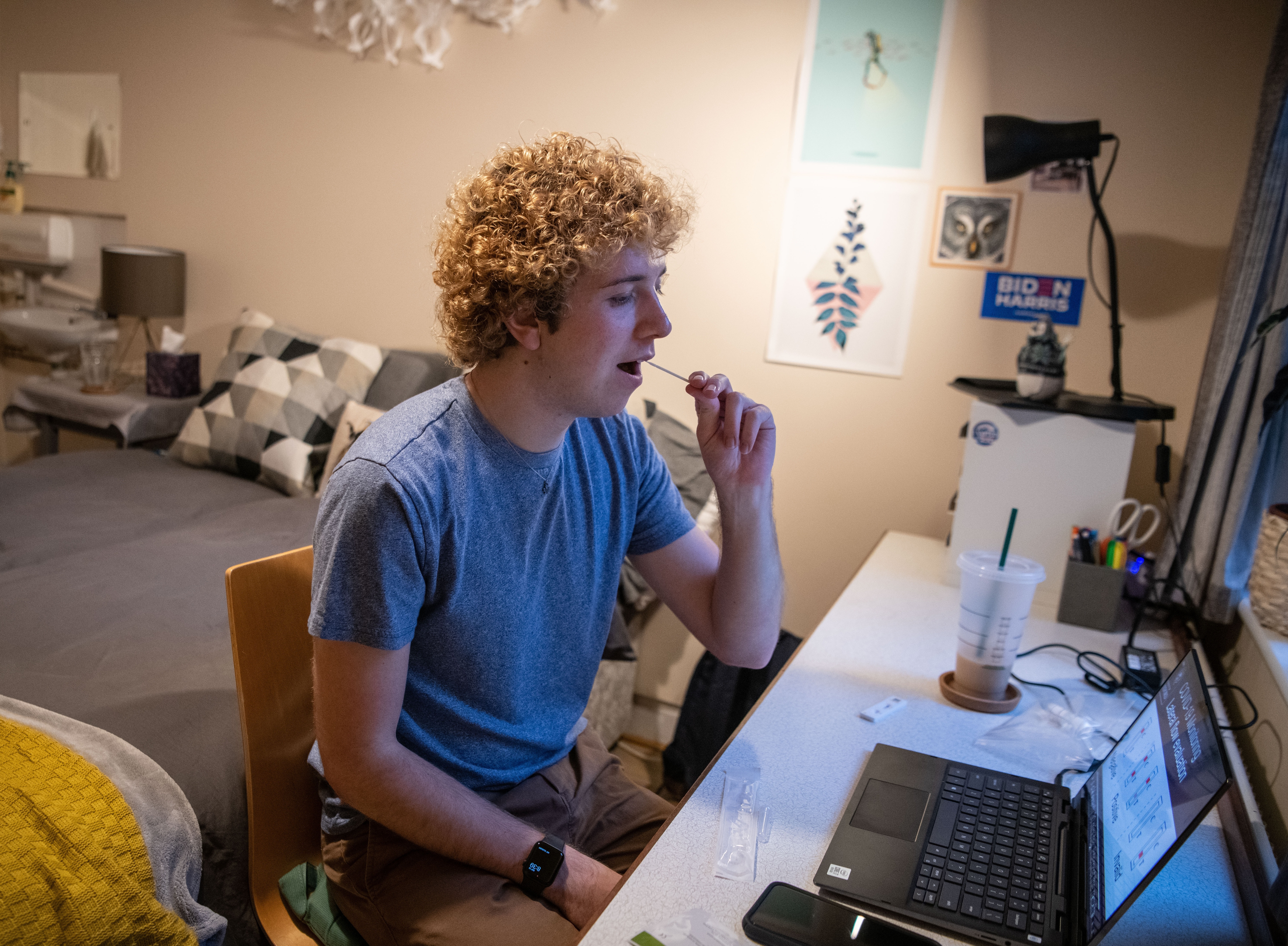 Asked whether PCR tests could be scrapped in favour of lateral flow tests for foreign travellers, Environment Secretary George Eustice said: "I haven't heard that because I'm not on that particular sub-committee that deals with this.

"They will want to consider all the evidence before taking a final decision."

Mr Eustice added that Health Secretary Sajid Javid, while he did not want "unnecessary" testing taking place, "recognises the value of those PCR tests and that there "is a discussion to be had about this" in Government.

Transport Secretary Grant Shapps is today expected to announce the end of the traffic light system in favour of a go/no-go list.

And the red list that bans travel to 62 countries will be more than halved when all of the new measures kick in before half-term next month.

All current amber list countries could effectively become green – or 'go' destinations –while the number of red list, or 'no-go' countries, are set to be slashed in half.

It means some popular holiday spots, such as Turkey, Mexico and Tunisia, could be declared safe.

It's likely that unvaccinated travellers will still have to pay for a PCR test and face ten days of self-isolation even after today's announcement.

And it's understood they may have to quarantine on their return from all countries, even if they are on the 'go' list.

It's thought the hard-line rules for non-jabbed travllers could encourage holidaymakers to get the vaccine.