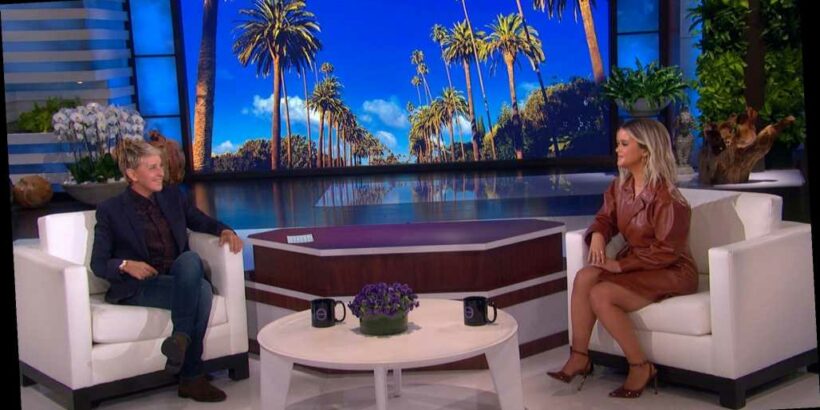 The country singer, 30, appeared on The Ellen DeGeneres Show on Thursday, where she spoke about the lack of diversity in country music, specifically in regards to Black women in the genre.

Morris, who has spoken out about an array of topics recently including Morgan Wallen's use of the N-word and country wives supporting former president Donald Trump, said that she's "been doing so much of my own homework the last couple of years," particularly after the death of George Floyd last May.

"I just feel like country music as a genre — we all have so much room to grow, myself included — but I think country music definitely is stepping up to the plate slowly but surely," the "Girl" singer said. The mom of one continued: "You're always going to have people that wanna come for you if you say something unpopular to them or their group-think for the second. For me, I just have to think about my son and the people in my circle going forward — who I write with, who I employ — and think, am I making room for everybody?"

"I don't care if someone on TikTok thinks I suck," she added. "It's not really my issue. I think I just want to exist in a genre that is working to be better."

Morris also reiterated her support for fellow country star TJ Osbourne, who publicly came out as gay last month. At the time, Morris applauded the singer on Twitter, writing, "We love you so much, Teej."

"I hope that him having the bravery to even do that has made a few more people that love country music that are gay feel like they have a home there too," she told DeGeneres. "I'm so proud of him. He was one of my first friends when I moved to Nashville eight years ago. He's just so talented, so kind. For him to put it all out there, I'm not a sliver of that brave so I'm just really proud of TJ." For this Sunday's 63rd Annual Grammy Awards, Morris is nominated for best country song for her hit "The Bones." It is Morris' 12th Grammy nomination and would be her second win, after winning in 2017 for best solo country performance for "My Church."

In addition, Morris slated to perform during the star-studded show in a duet with John Mayer.

"It's been a couple years since I've been on the Grammys stage," Morris told DeGeneres, "and I'm really appreciative to them for doing something kind of in-person and safe. It just feels really fun to be back in L.A."