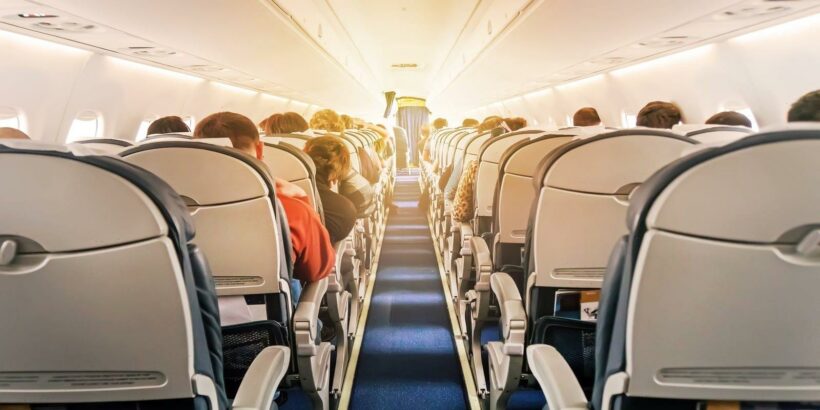 When the Federal Aviation Administration says it has zero tolerance for airline passengers behaving badly, it means business.

The new infractions include mask struggles, a constant problem during the pandemic, and passengers bringing their own alcohol on board or sharing alcohol from first class.

“Wear a mask. It’s required. Period,” Sara Nelson, president of the Association of Flight Attendants-CWA International said in a statement on the latest proposed fines. “The freedom of flight depends on all of us following the rules and treating others with respect. Flight attendants are charged with the safety, health and security of everyone in the cabin. Our instructions to the traveling public keep everyone safe. Listen up and do your part. The consequences are steep if you do not, and the FAA isn’t playing around on this.”

► $15,000 against a passenger on a Feb. 22 JetBlue Airways flight from Miami to Los Angeles. The FAA alleges a passenger in economy class visited a friend in first class and brought back the free items served in the front of the plane, including champagne, food and a headset. The flight attendant carried the items back to first class, called Mint on JetBlue. The passenger followed the flight attendant to the first-class section and allegedly assaulted him with her body and almost pushed him into the bathroom, the FAA says. The flight was diverted to Austin, Texas, and the passenger was removed.

►$15,000 against a passenger on a Jan. 7 Alaska Airlines flight from Washington-Dulles to Seattle. When flight attendants walked down the aisle to check for mask compliance, the passenger “pushed and/or shoved” the attendant, the FAA alleges.

► $10,500 against a passenger on a March 17 JetBlue flight from from Orlando, Florida, to New York for mask noncompliance. The FAA alleges that the passenger did not comply with instructions about face-mask requirements andswore when he was approached several times by a flight attendant. A flight attendant then knelt down next to him, the FAA says, quietly asked him to lower his voice, and reminded him of the face-mask requirement. He refused to comply and continued to yell and use profanity. Flight attendants notified the captain, and the passenger was asked to get off the plane. “He became combative and irate and loudly refused to get off,” the FAA says. He allegedly screamed at the flight attendant when leaving the plane. The incident delayed the flight by nearly half an hour.