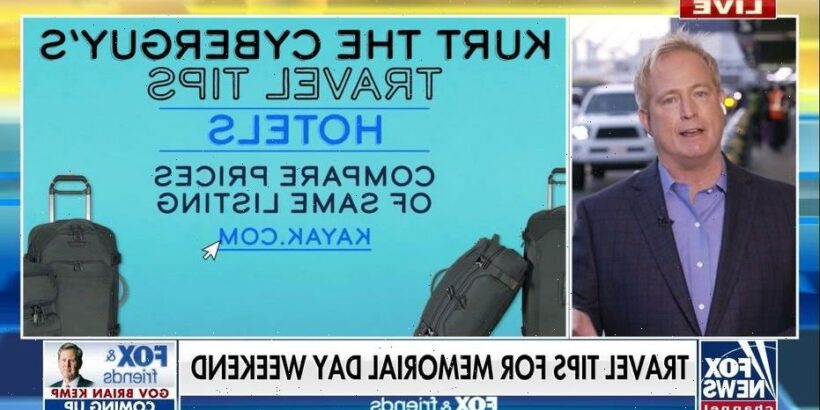 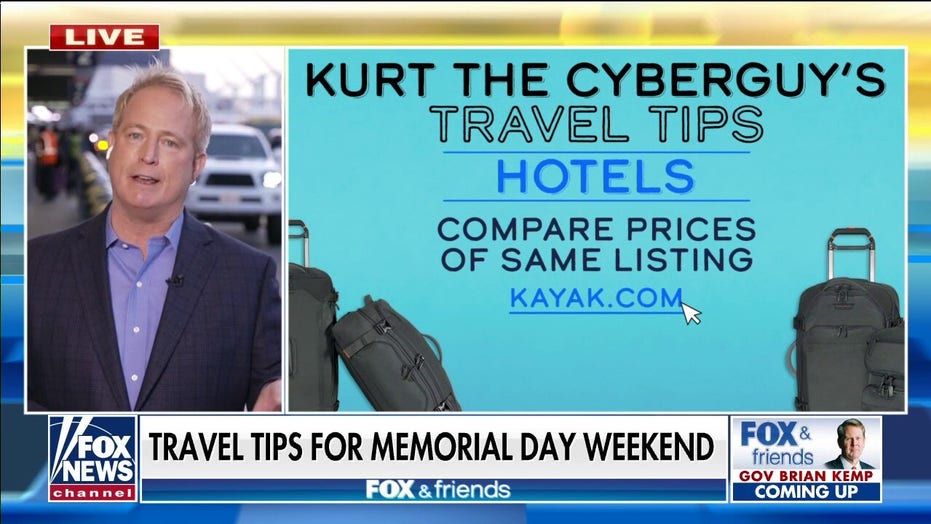 Travel heats up as coronavirus restrictions are lifted; Kurt ‘The Cyberguy’ Knutsson shares his tips on ‘Fox and Friends Weekend.’

Some beaches are just better than others.

And if you’re looking to celebrate Memorial Day weekend at one, the Associated Press recently uncovered which U.S. beaches are top-tier, according to coastal scientist Stephen Leatherman.

The Florida International University professor has ranked beaches in the last 30 years and he just updated his annual “top 10” list for 2021, which was published on his website Dr. Beach.

Leatherman ranks beaches with a rigorous criteria that includes 50 physical factors, such as sand softness, water temperature and number of sunny days. Each of these factors receive a numeric score on a five-point scale, and the beaches with the highest scores overall end up being added to Leatherman’s top 10 list.

While Leatherman’s picks are different from the top 10 U.S. beaches Fox News previously reported on in February per Tripadvisor’s user review-powered list, his top beaches are chosen through a geoscience lens. If you’re planning to travel to a beach that’s been hand-selected by a meticulous expert this holiday weekend, here are the ones that are going to make your beach trip count. 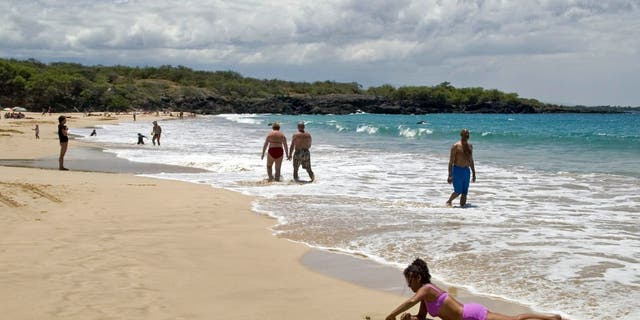 Hāpuna Beach Park is located on the Big Island of Hawaii. Coastal scientist Stephen "Dr. Beach" Leatherman, says this beach is the best in the country for 2021. (Michael Darden/West Hawaii Today via AP)

The U.S. beach that landed the top spot on Leatherman’s list is Hāpuna Beach State Park, a recreation area that is located in Waimea. a county on the Big Island of Hawaii. It is more than 200 feet wide and is considered the biggest on the island.

“This white coral sand beach resides in a landscape dominated by black lava flows,” Leatherman wrote in a statement to Fox News. “During the summer months, Hāpuna is a perfect place to swim, snorkel or scuba dive in the crystal clear and clean waters, but big waves during the winter can generate powerful rip currents. Fortunately, there are well-trained lifeguards at this state park.” 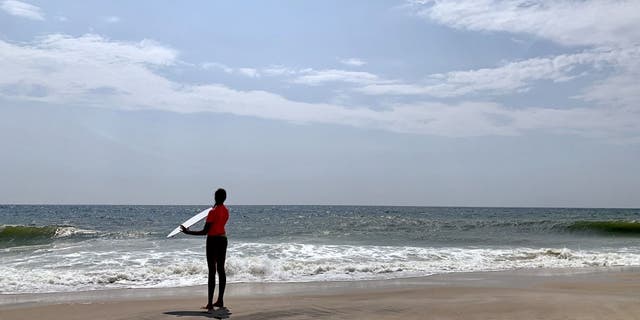 Coopers Beach is located in Southampton, N.Y., a town in the southeastern part of Suffolk County. (AP Photo/Pamela Hassell)

Coopers Beach in New York snagged the second spot on Leatherman’s top 10 list. This Long Island beach is located in the Town of Southampton and has white quartz sand. The beach is “shielded” from cold currents that are known as Labradors, according to Leatherman, which are common in the North Atlantic Ocean. 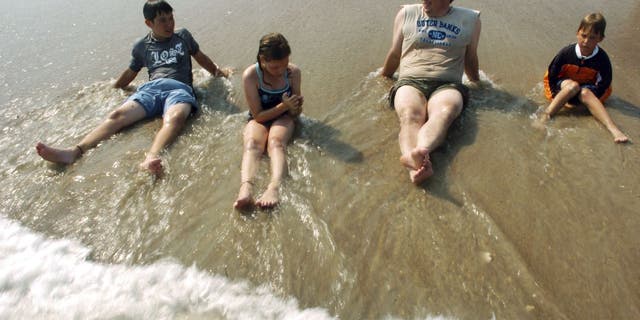 Ocracoke Lifeguarded Beach in North Carolina came in third place for Leatherman’s 2021 list. The beach reportedly experiences big surf in late summer and is mainly sought after by avid swimmers and beachcombers. 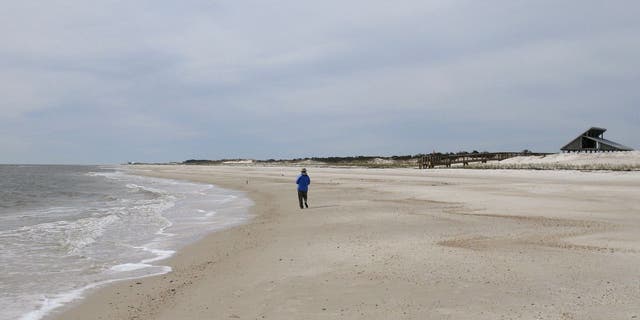 Dr. Julian G. Bruce St. George Island State Park in Florida landed in fourth place on Leatherman’s list. The beach is located on its namesake St. George Island and is said to be a great spot for people who like fishing, bird watching and fine sand, according to Leatherman. 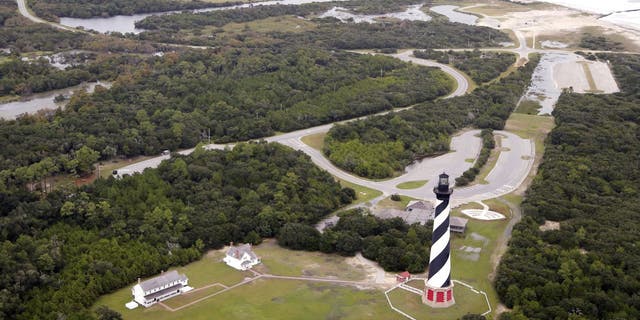 Lighthouse Beach was named the fifth best beach on Leatherman’s list. This North Carolina beach is located in Buxton, an unincorporated community that lies in one of the state’s barrier islands, which locals know as Outer Banks. The beach once served as home to the historic Cape Hatteras Lighthouse, but in recent times the island has become a popular surfing destination. 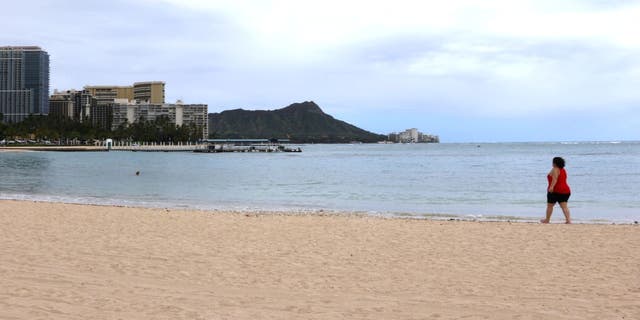 Duke Kahanamoku Beach in Hawaii is Leatherman’s sixth top pick for 2021. The beach is located in Waikiki on the Island of Oahu and has offshore coral reefs. Leatherman wrote that this beach is “far from the large crowds” and is a good option for families. It’s also considered the “widest beach on this world-famous stretch of sand.” 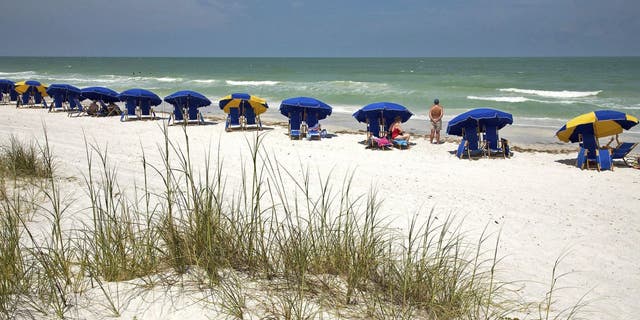 Caladesi Island State Park in Florida is the seventh top beach in Leatherman’s eyes. Visitors can reach the beach fastest by boat, and can enjoy soft “crystalline quartz sand” when they settle into their spot. Boardwalk and kayak trails are available outdoor activities for people who enjoy nature, Leatherman explained. 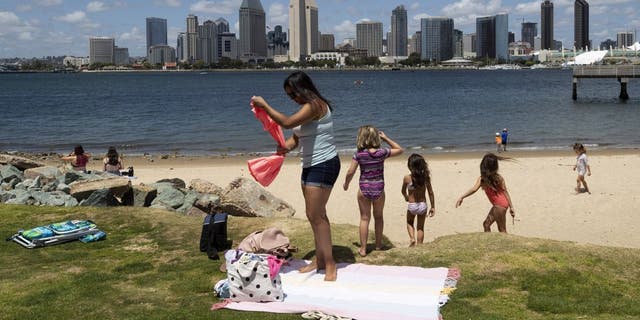 Coronado Beach in California notched the eighth spot on Leatherman’s top beach list. According to him, the San Diego beach has “subtropical vegetation, unique Mediterranean climate, and fine sparkling sand.” The sunny destination is home to Hotel del Coronado, a national historic landmark. 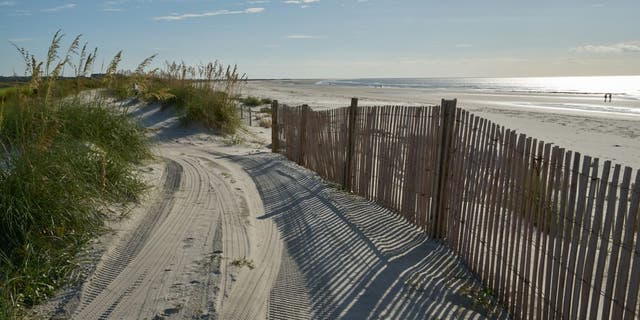 Beachwalker Park in South Carolina has the ninth top-performing beach in the country, according to Leatherman. The beach is located in Kiawah Island and is said to be an excellent destination for wildlife lovers who are open to viewing “thousands of birds” at Captain Sam’s Inlet. Leatherman also wrote the beach is a nice option for canoeing and biking. 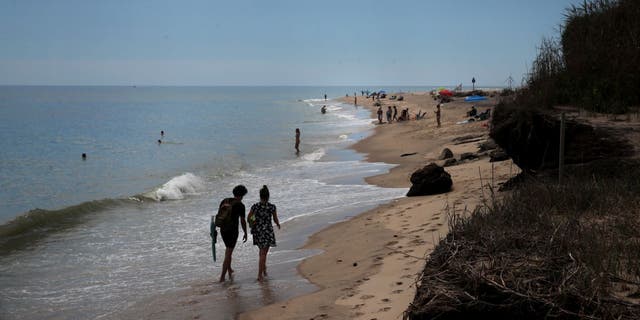 Coast Guard Beach is located in Eastham, Mass. and is considered to be a part of the Cape Cod National Seashore. (Craig F. Walker/The Boston Globe via Getty Images)

Last on Leatherman’s top 10 list is Coast Guard Beach in Massachusetts. Glacial bluffs reportedly make this beach’s water cool, which is refreshing on hot days. Moreover, the Cape Cod beach stands out from Leatherman’s other picks with its frequent seal and great white shark sightings.

While the U.S. Centers for Disease Control and Prevention is urging unvaccinated people to avoid non-essential travel during the pandemic, the health agency is not against beach visits.

Instead, the CDC is advising Americans who have yet to receive their COVID-19 vaccines to make cautious considerations before they visit a public beach. Safety protocols the agency recommends include wearing face masks, sanitizing hands regularly and making an effort to social distance while avoiding large gatherings.

For people who are fully vaccinated though, the CDC says these groups can go outside without a mask or physical distancing in most settings two weeks after their last dose. Some exceptions may apply depending on local mandates.

According to an updated Memorial Day travel forecast from the AAA, more than 37 million Americans will hit the road for the holiday weekend – and a good portion of these travelers are going to stop at beach destinations.