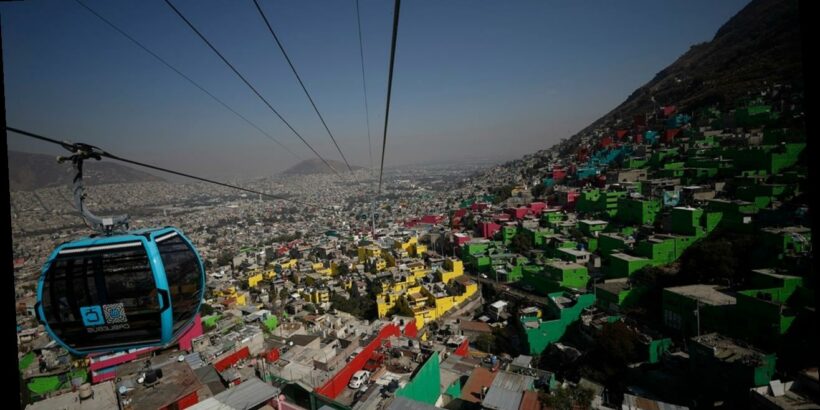 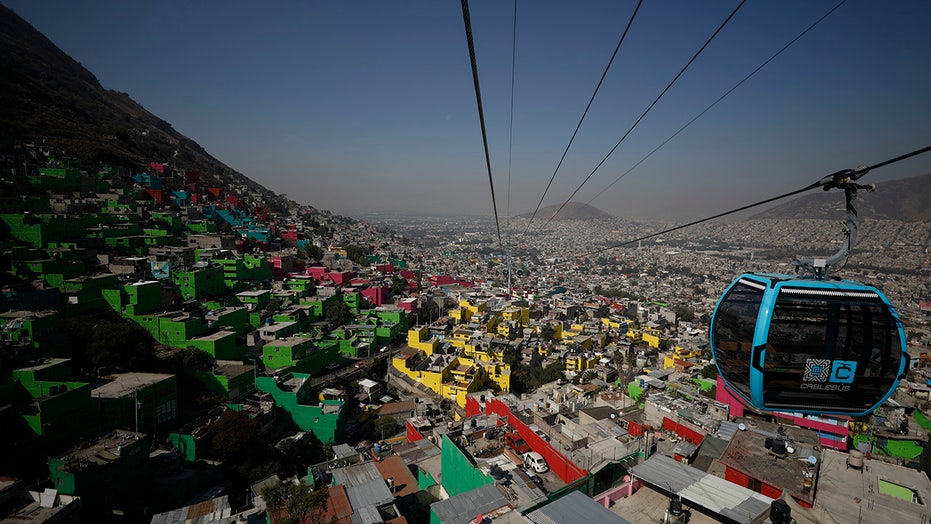 Mexico City has launched the first of what it hopes will be several cable-car lines serving the poorer outskirts of the city of 9 million.

Thursday’s inauguration of the first leg of the “Cablebus” line marks the latest chapter in Latin America’s love affair with cable cars, which are seen in much of the world as largely for tourists and ski slopes. 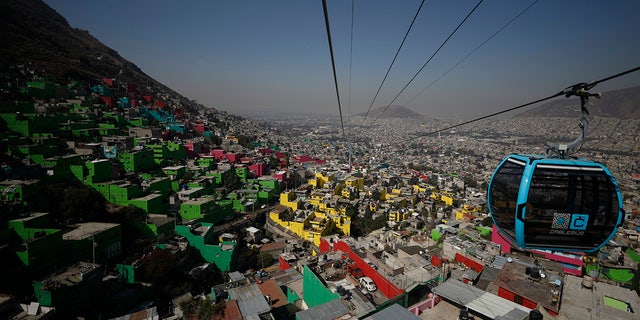 Officials and journalists ride in cable cars between the Campos Revolucion and Tlalpexco stations, during the inauguration of a new aerial public transit system dubbed the Cablebus, in the Cuautepec neighborhood of northern Mexico City.
(AP Photo/Rebecca Blackwell)

The neighboring State of Mexico already has a cable car serving one northern Mexico City suburb, and the city’s own first line was also built on the poor, crowded north side.

Cable cars are seen as a cheaper, quicker way to bring public transport to poor communities located high up hillsides. Since they’re airborne, the car lines also don’t have as many difficulties with Latin America’s notoriously difficult issues of chaotic development, bad traffic and lack of rights-of-way.

By June, the line will run almost 9.2 kilometers (6 miles) from Cuautepec, a working class neighborhood on the northern edge of Mexico City, to the nearest subway and bus station. The stretch inaugurated Thursday covers just 1.7 kilometers (1.06 miles) of that route, to the neighborhood of Tlalpexco.

At present, officials explained, residents at the top of the hill in Tlalpexco have to board crowded, small vans that travel much more slowly. Plus, they don’t have the nice view the cable cars offer from their big windowed cars that can seat 10 passengers at a time. The cars run on electricity and can travel about 13 miles (20 kilometers) per hour, far faster than most traffic in the city. 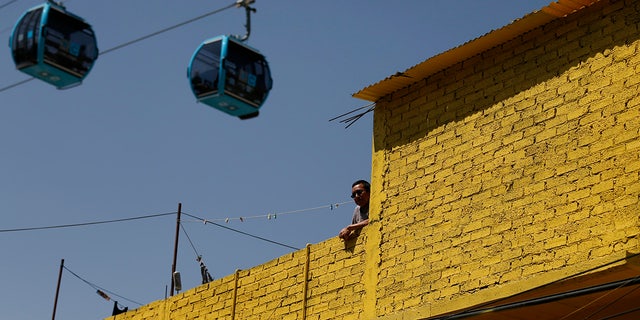 A man stands on a rooftop as cable cars overhead run between the Campos Revolucion and Tlalpexco stations.
(AP Photo/Rebecca Blackwell)

“There are nearly a million inhabitants living in the area around the Cablebus, and they make their trips in small vans that descend through narrow streets, and that may take, from the highest point … as long as 55 minutes or an hour,” Guillermo Calderon, director of the electrical transportation system Mexico City.

Traditional transport solutions like bus or subway lines are almost impossible here, both because there are no rights of way in the densely packed slums, and they are crowded along hillsides on steep 15-degree slopes.

Mayor Claudia Sheinbaum said a second cable car line is being built in Iztapalapa, another working class neighborhood, to the east.

“Having the best transportation for the poorest parts of the city reduces inequality,” Sheinbaum said. 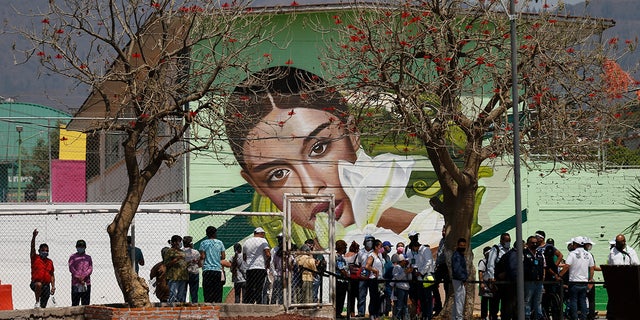 Residents wait in line for a chance to try out a new public transit system in the Cuautepec neighborhood of northern Mexico City, Thursday, March 4, 2021.
(AP Photo/Rebecca Blackwell)

Cuautepec resident Evelyn Sánchez said that, like most people here, her biggest challenge is getting to the nearest subway station.

“It does take us a long time, and now with this, well now it is going to be a lot quicker,” Sánchez said.

The city of Medellin, Colombia, launched its cable cars in 2004. Since then, many other Latin American cities have followed suit, ranging from from Rio de Janeiro, Brazil to La Paz, Bolivia.