British tourists behaving badly in Magaluf and Ibiza will face even tougher action next year, with the Balearic government planning a new onslaught against ‘trash tourism’.

New laws are being prepared that will see any holidaymaker caught balconing – jumping from a balcony into a swimming pool – immediately thrown out of their hotel.

There will also be a further crackdown on drinking in the streets with bars and clubs in places such as San Antonio facing fines running into thousands of pounds for flouting the rules. They could also be closed down for three months. 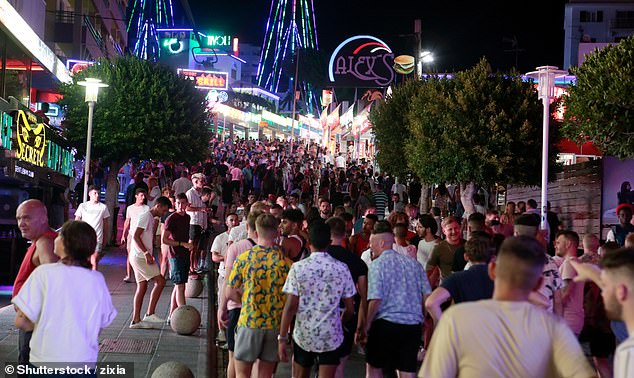 British tourists behaving badly in Majorca and Ibiza will face even tougher action as the Balearic government plans a new onslaught against ‘trash tourism’. Pictured is Punta Ballena street in Magaluf

The Balearic government is said to be stepping up action against bad behaviour in a bid to stem a fall in visitor numbers blamed on Magaluf and San Antonio garnering a bad image in recent years and the collapse of tour operator Thomas Cook.

Tourism chiefs say the ‘trash tourism’ has to stop.

It is understood the new raft of rules will be finalised in January in time for people booking for the 2020 summer season.

The Ministry of Tourism has been preparing the package of legal measures ‘for weeks’.

The most controversial nightspots will be closed and the police will prohibit large alcohol intake in the streets.

They will also be able to dish out heavy fines for the uncontrolled sale of alcohol and its consumption in public spaces.

According to Spanish newspaper Diario de Ibiza, government sources speak of fines of tens of thousands of euros for establishments that serve alcoholic beverages outside hours, as well as the possibility of closures for up to three months in the middle of the high season. 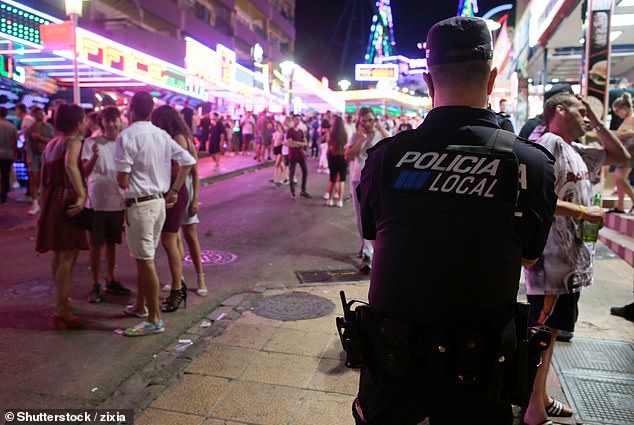 As for balconing, the law will force hotels where this practice is detected to ‘expel customers immediately’.

It will also cover the imposition of sanctions on establishments that do not take decisive measures against tourists – usually young Britons – who are found to be balconing.

Diario de Ibiza added that the concept of ‘bobbies on the beat’, where British police are drafted in to help during the summer season, will be vetoed, and that there are plans to set up ‘field hospitals’ in the middle of nightlife hotspots.