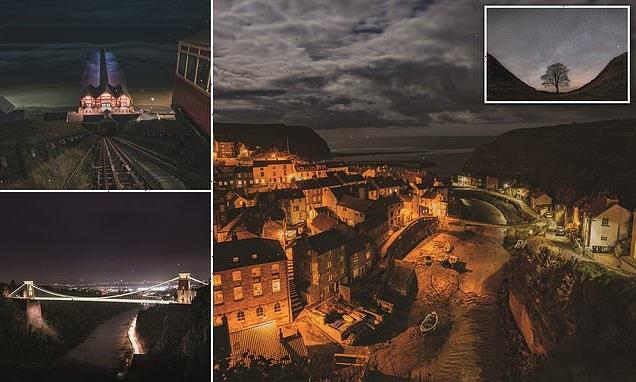 Way to glow! Mesmerising new photo book captures the beauty of Britain by night, from a seaside village in Yorkshire to one of England’s most famous trees

See Britain in a different light courtesy of these illuminating photos.

They feature in new book Britain by Night, published by Amberley Publishing, which celebrates the atmospheric nighttime photography of British landscape and astrophotographer Mark McNeill.

Within the compendium’s spellbinding pages are shots of the Darwen Tower on the West Pennine Moors silhouetted against a full moon, the South Stack Lighthouse in Anglesey lighting the surrounding rocks and some of Britain’s quaintest villages and streets wrapped in a cosy nighttime glow.

McNeill, who is based in North West England, says that the idea for the book ‘was to try and capture Britain in a unique way’. ‘Most people take photos during the day – well, I get a buzz out of taking photos at night, so I thought I’d travel the whole of Britain,’ he writes.

The introduction to the book reveals: ‘The landscape of Britain is transformed at night when its man-made and natural landmarks are illuminated against a backdrop of magnificent stellar skyscapes. In the heart of our cities, iconic structures are picked out and away from the built-up areas in our darker spaces the astral and lunar world takes to the stage alongside the landscape.

‘In Britain by Night, photographer Mark McNeill has captured a huge variety of night scenery and skyscapes that show both natural and man-made Britain in a new light… look through these photographs and you will quickly see the fascination of the nighttime world of Britain beneath the stars.’ Scroll down to see a selection of 15 of the striking images that are showcased in the tome… 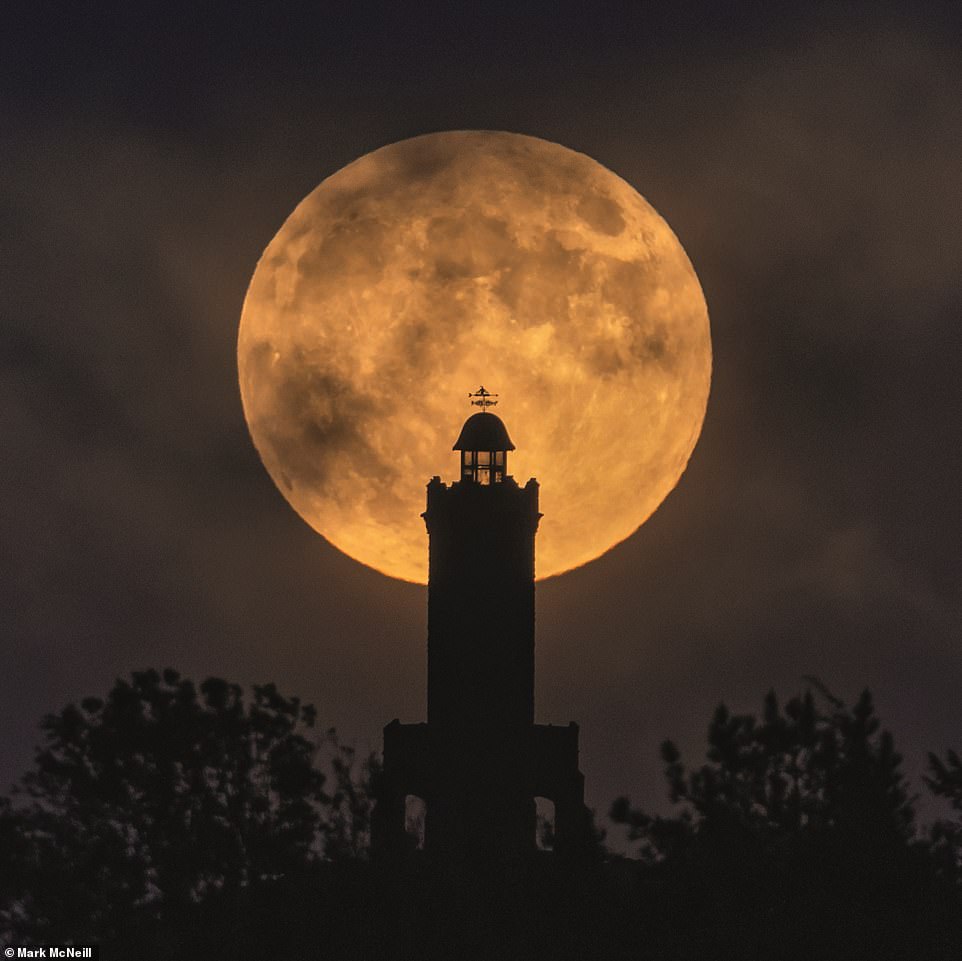 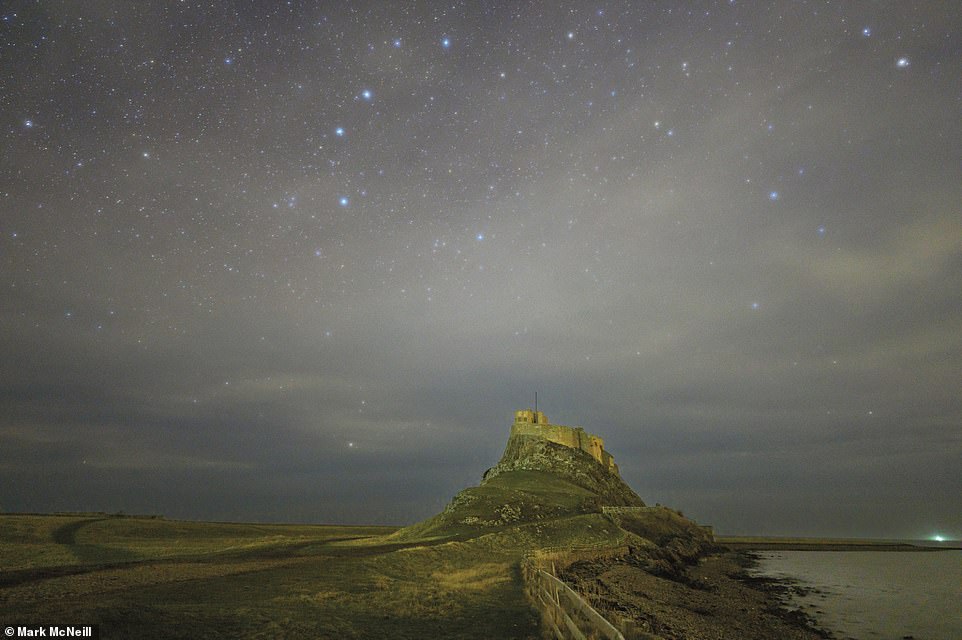 A beautiful shot of Lindisfarne Castle on Holy Island, near Berwick-upon-Tweed in Northumberland, under a starlit sky. McNeill reveals that for every shot that worked, there were plenty of opportunities that slipped away: ‘I travelled to lots of places and didn’t even manage to take a photo due to rain, wind or traffic. So many things got in my way – even Covid-19’ 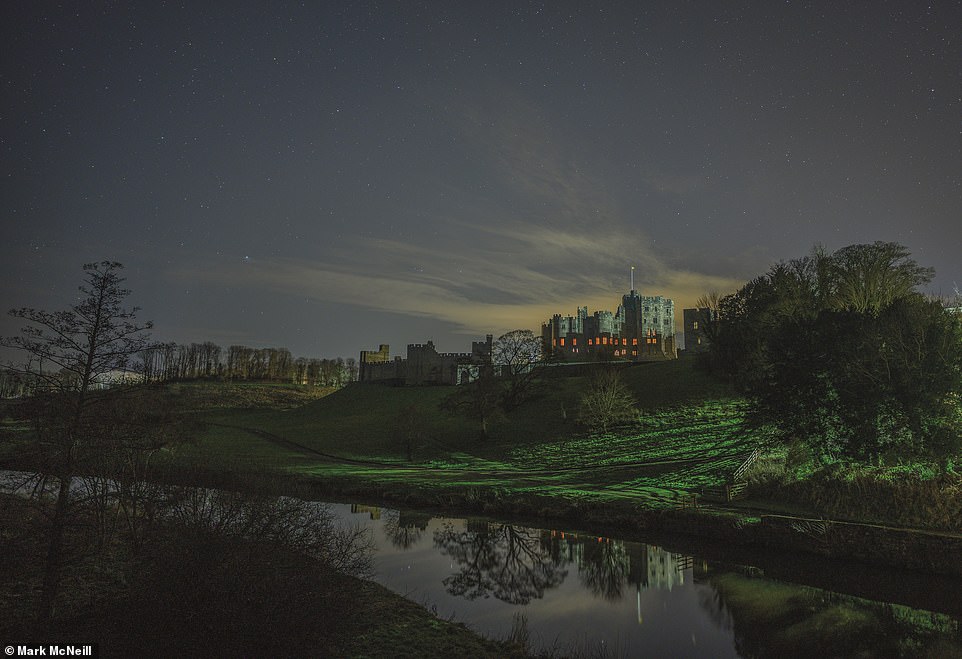 A haunting shot of Alnwick Castle in Northumberland, with the building’s reflection appearing below in the River Aln 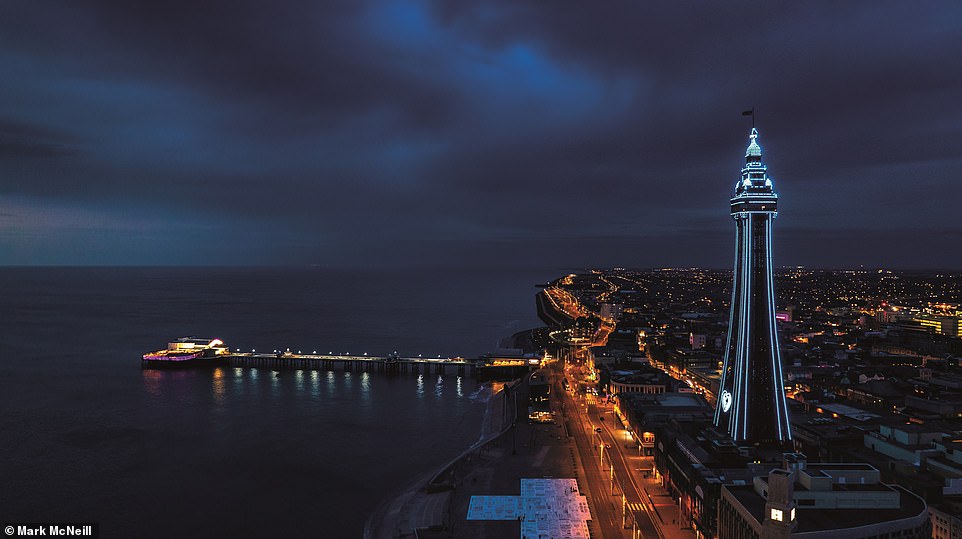 The bright lights of Blackpool, with the tower and pier illuminated in striking fashion 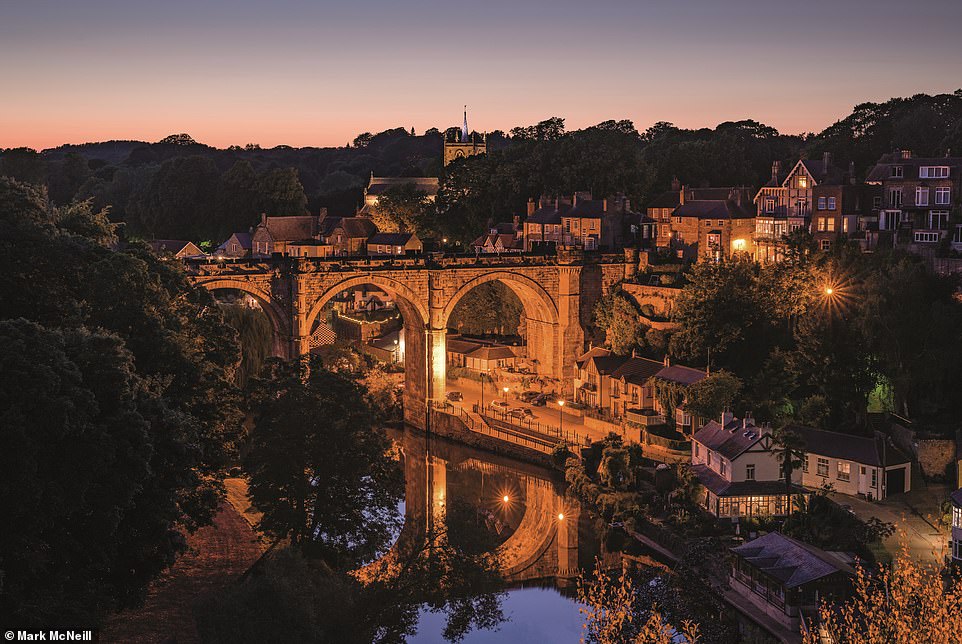 A breathtaking view of an illuminated Knaresborough Viaduct in North Yorkshire. The 80ft-high structure carries trains travelling to and from Harrogate 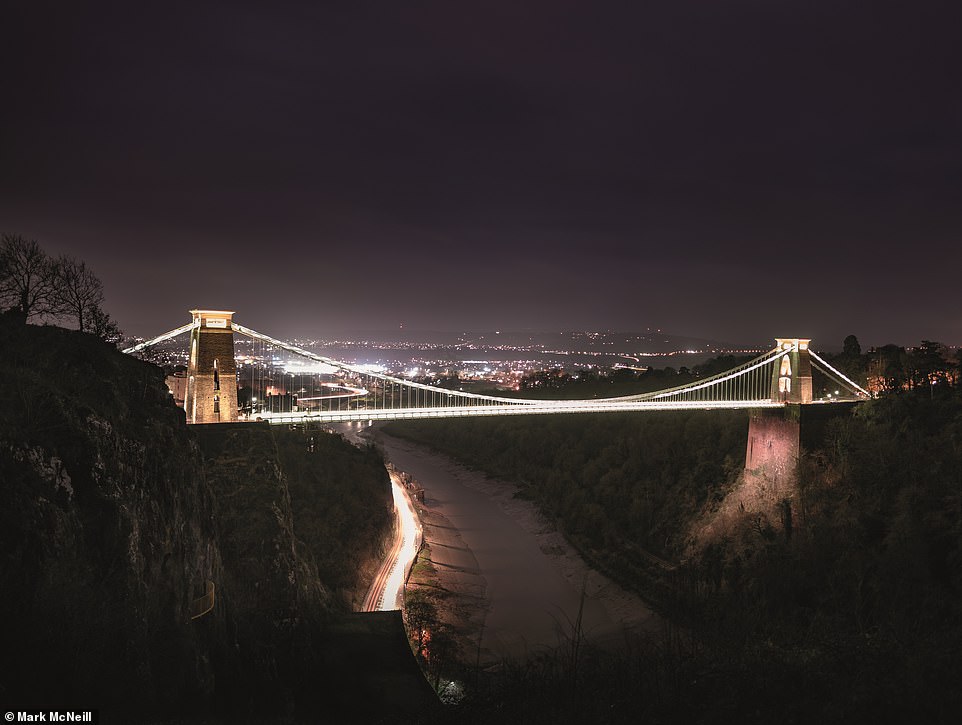 The Clifton Suspension Bridge in Bristol, with the long-exposure shot streaking the headlights from vehicles passing below. ‘Adding the movement of cars and buses adds a bit of interest into a busy area,’ the author writes in the book’s introduction 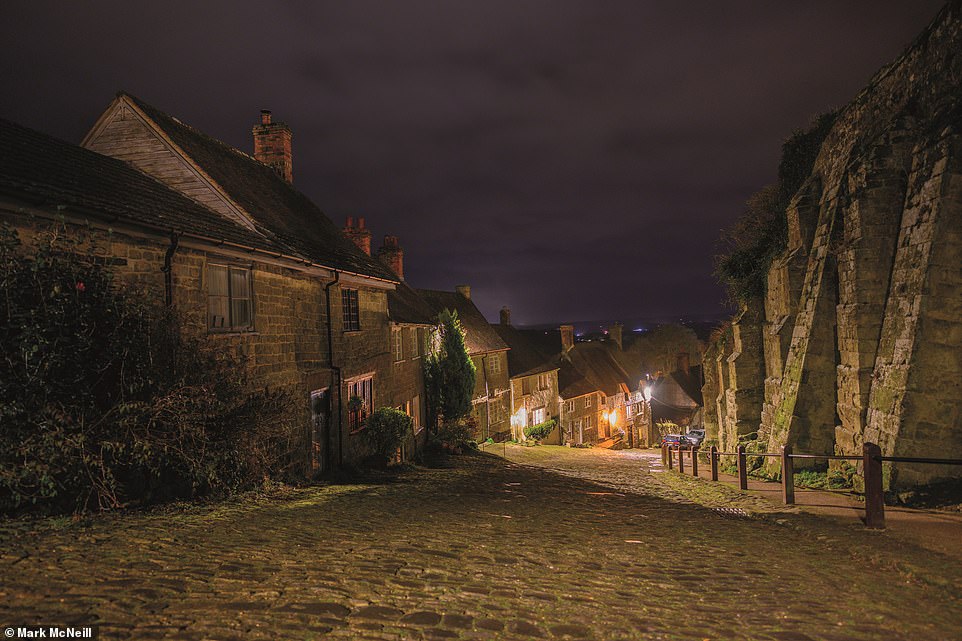 A stunning shot of Gold Hill in Shaftesbury. For aspiring nighttime photographers, McNeill writes in the introduction of his book: ‘A good tip is always try and bring a tripod with you, or rest your camera on something like a wall or beanbag. When you do night photography you need to do long exposures, mainly because it’s so dark, and you need to hold the camera for at least five to ten seconds to capture an image’ 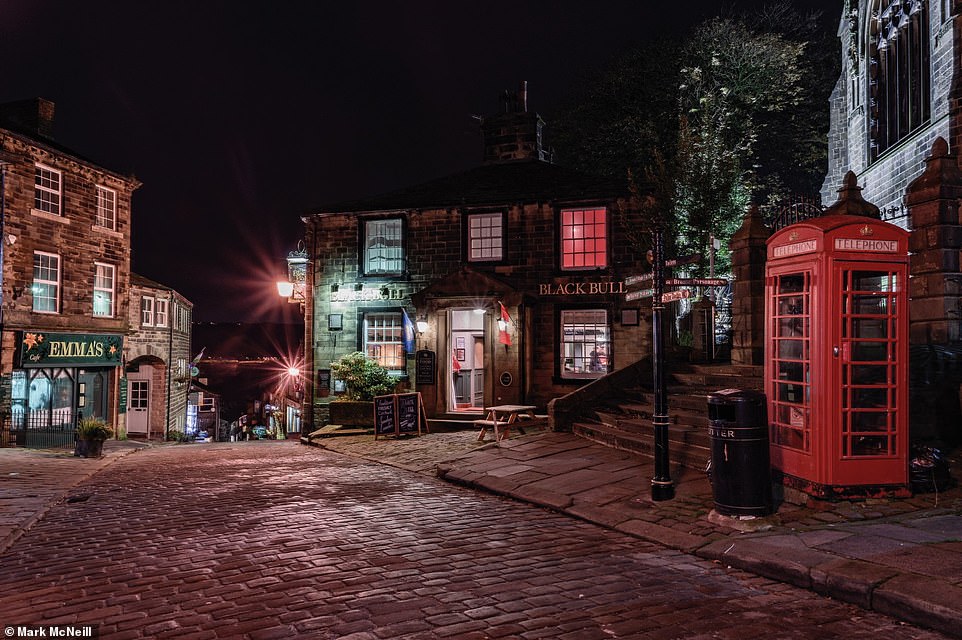 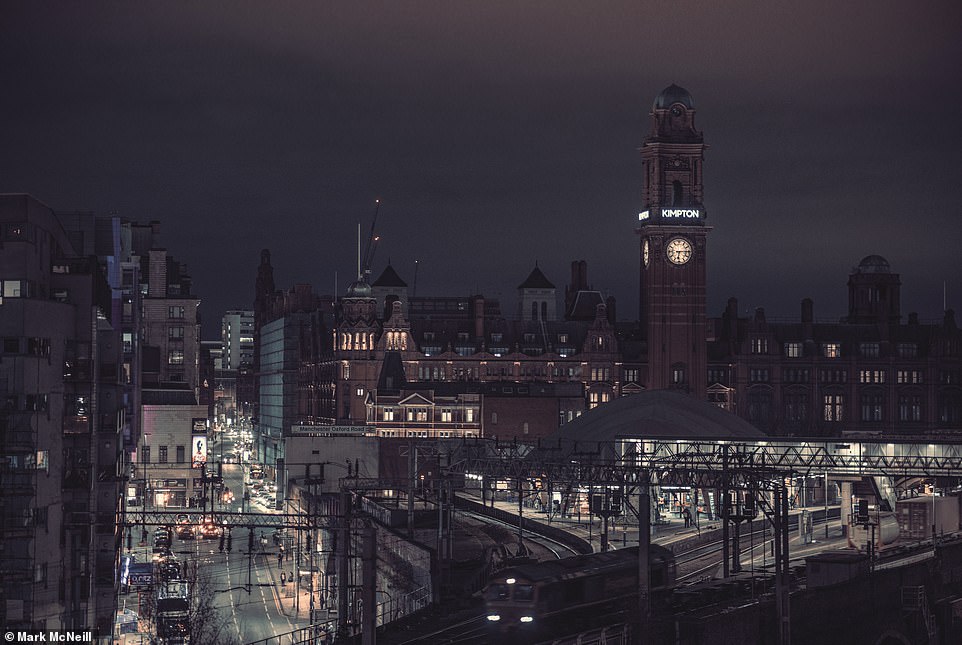 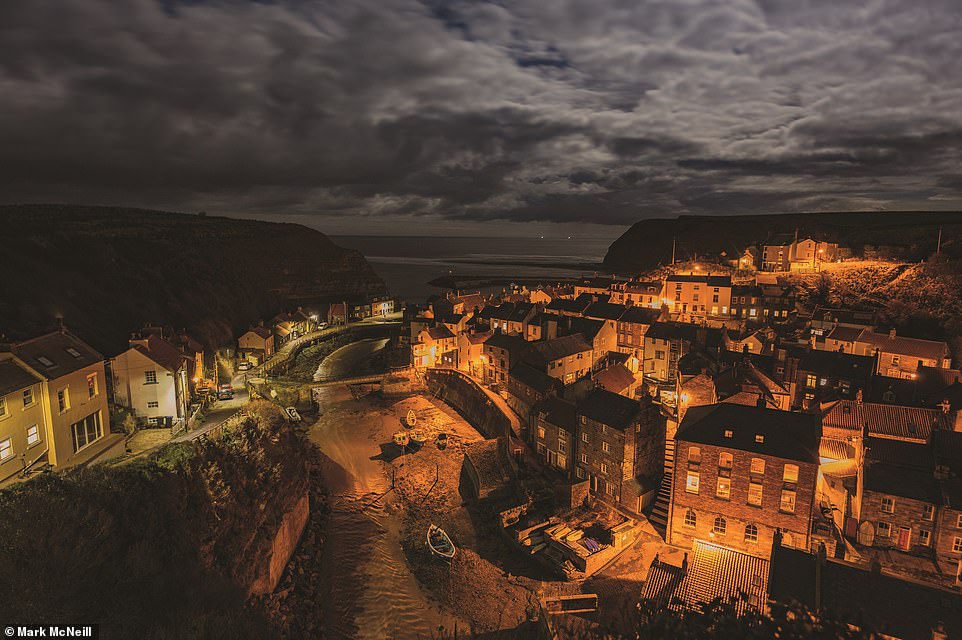 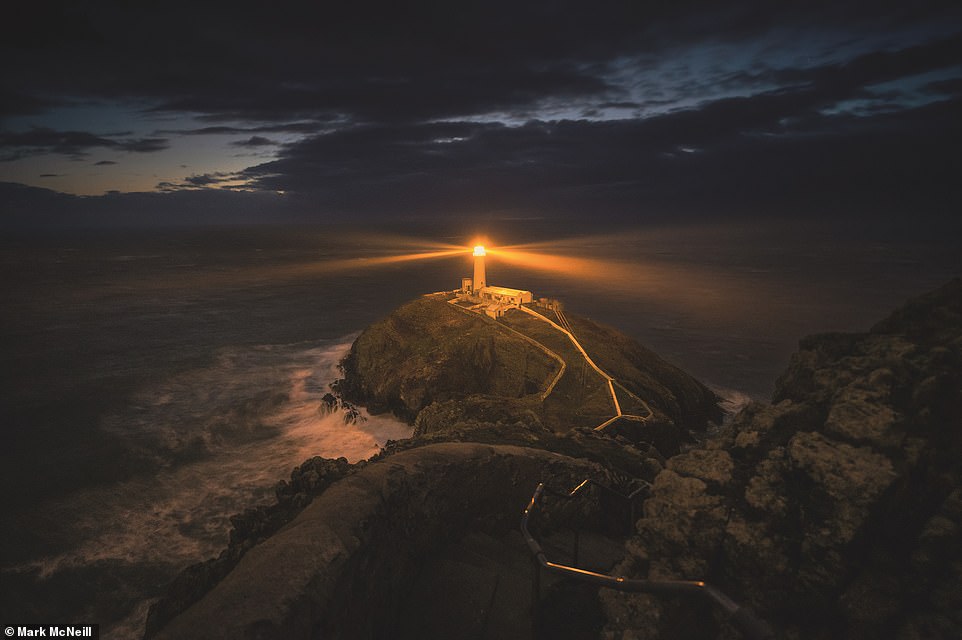 A captivating picture of South Stack Lighthouse off the coast of Holyhead in Anglesey, Wales 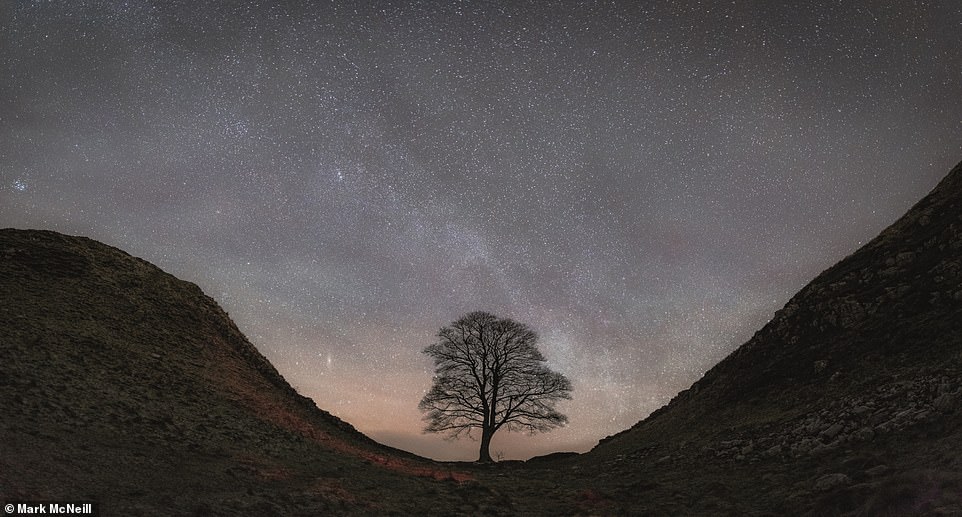 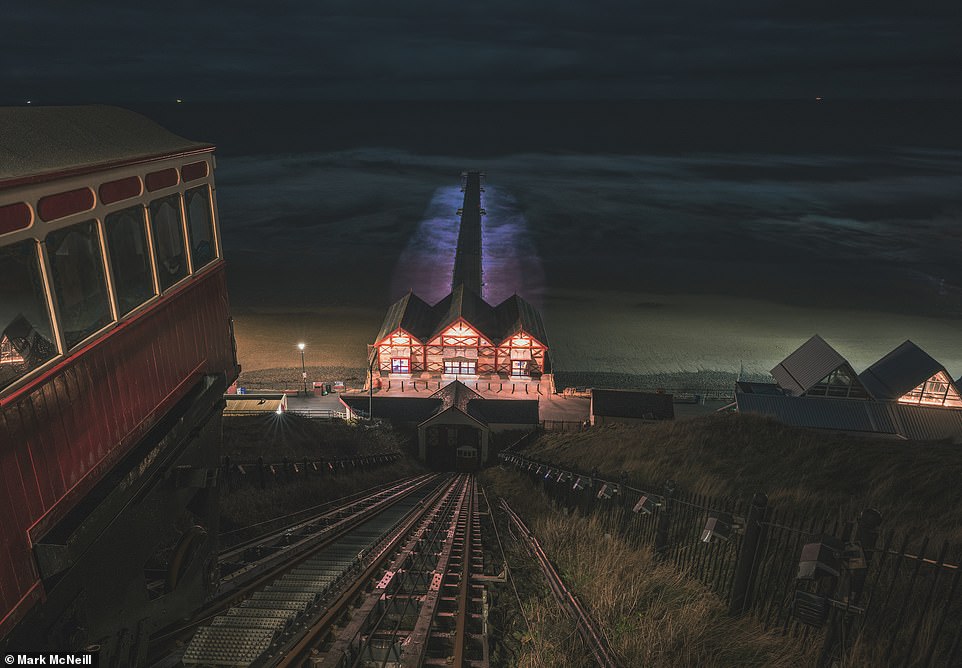 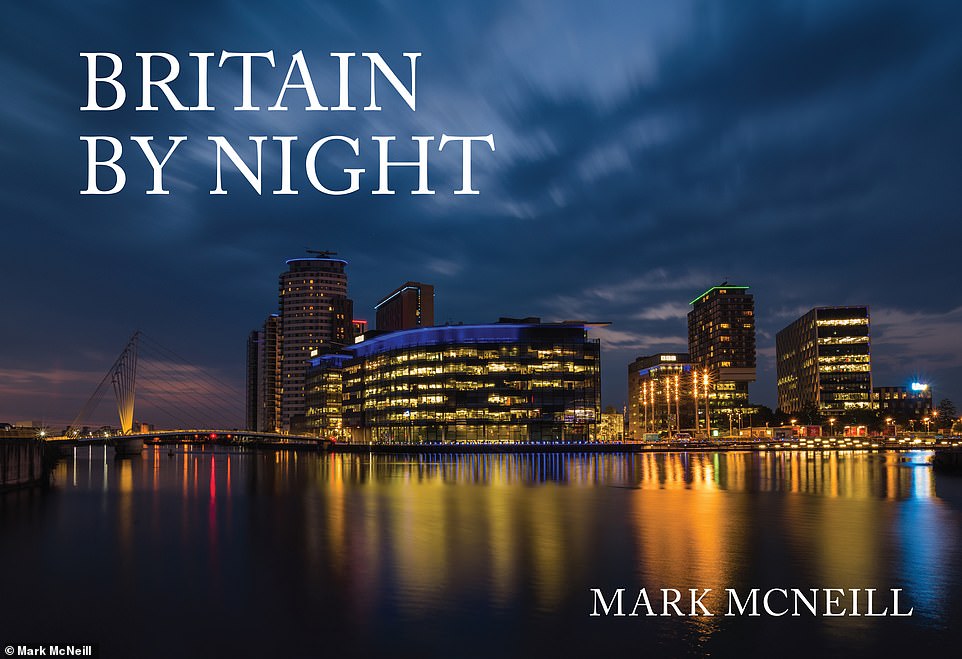 Britain By Night by Mark McNeill and published by Amberley Books is priced at £16.19 via www.amberley-books.com