The terrifying incident left several passengers with injuries as glass was broken and furniture were up turned throughout the vessel. 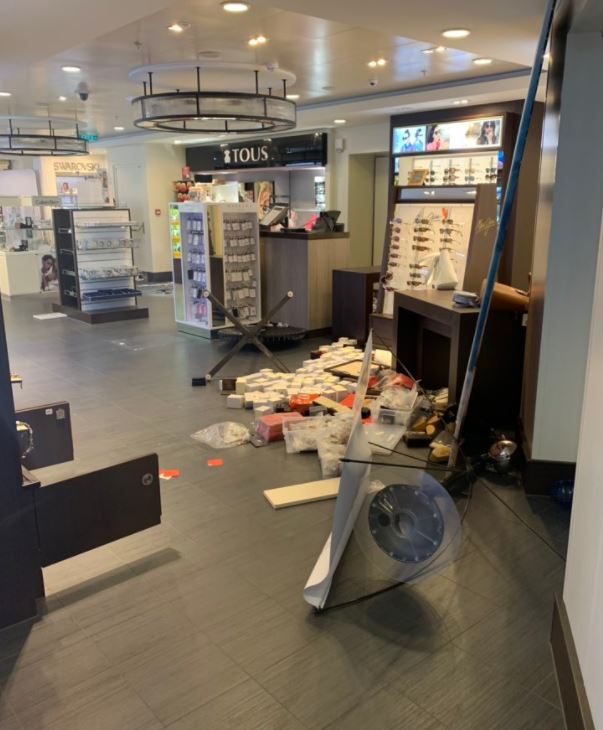 The Norwegian Escape left New York on March 3 and was bound for Florida when the incident occurred at approximately 11:45pm.

Pictures of the aftermath show broken glass across the floor, as well as damaged furniture and chairs strewn across the ship.

A photograph of the swimming pool even showed the water tilted against the pool .

One passenger tweeted: "The scariest s**t just happened on this cruise.

"Chairs, tables, glass, people went flying to one side of the ship @CruiseNorwegian."

Another person posted pictures of the damage: "The @CruiseNorwegian Escape was hit by a 100+ knot gust last night. The ship tilted and damage was everywhere. Crazy!"

A spokeperson confirmed to Sun Online Travel in a statement: "Just before midnight on Sunday, March 3, Norwegian Escape encountered unexpected weather in the form of a sudden, extreme gust of wind, estimated at 100 knots, which resulted in the ship heeling to the port side.

"Several injuries were reported and those guests and crew received immediate attention or are being treated by the ship’s medical staff. 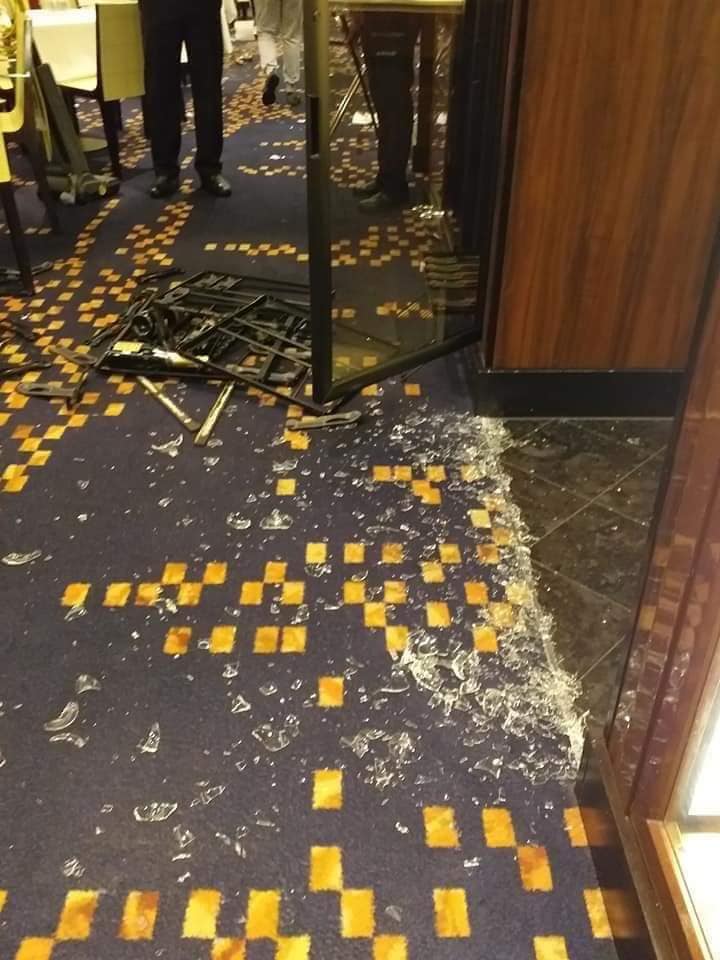 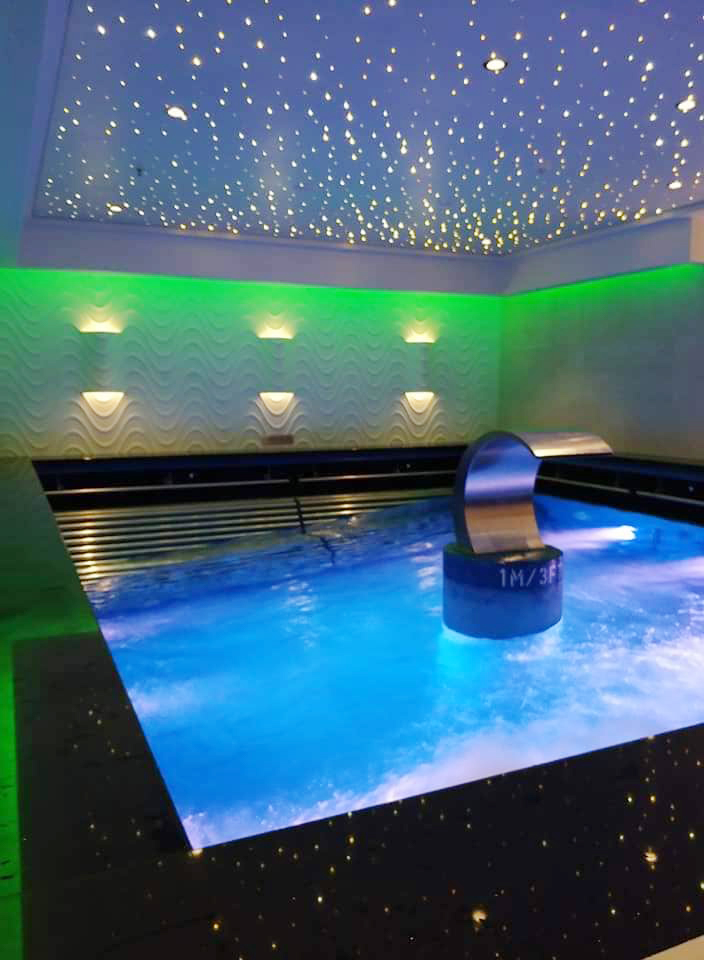 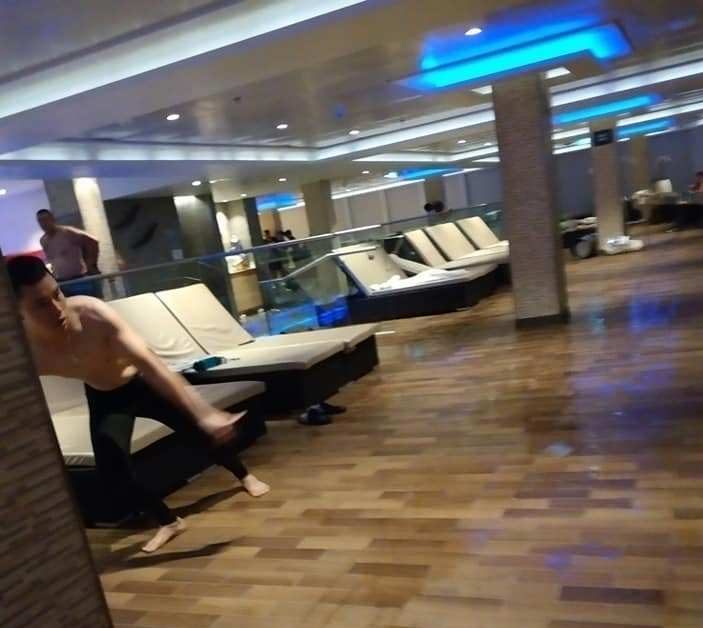 "There was no damage to the ship; she remains fully operational and continues her scheduled itinerary."

"She is currently headed to Port Canaveral for an anticipated early arrival on March 5. Neither the current itinerary, nor the next sailing are expected to be impacted."

According to NCL Cruise Blog, crew members said they had never "felt something like this before". 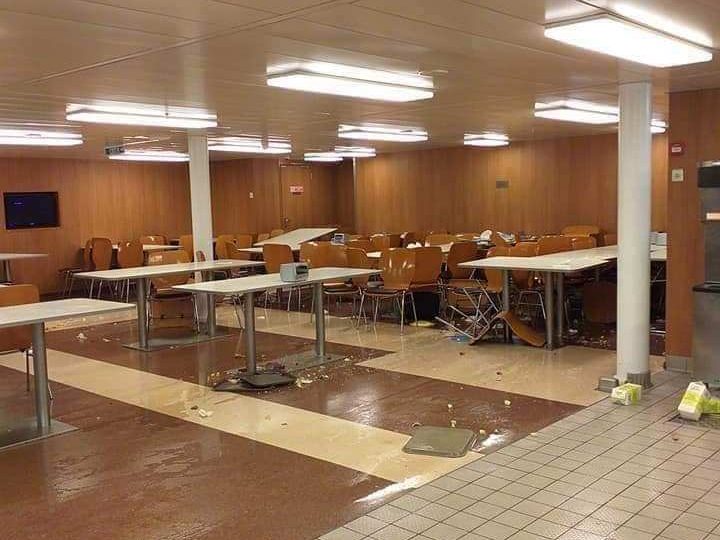 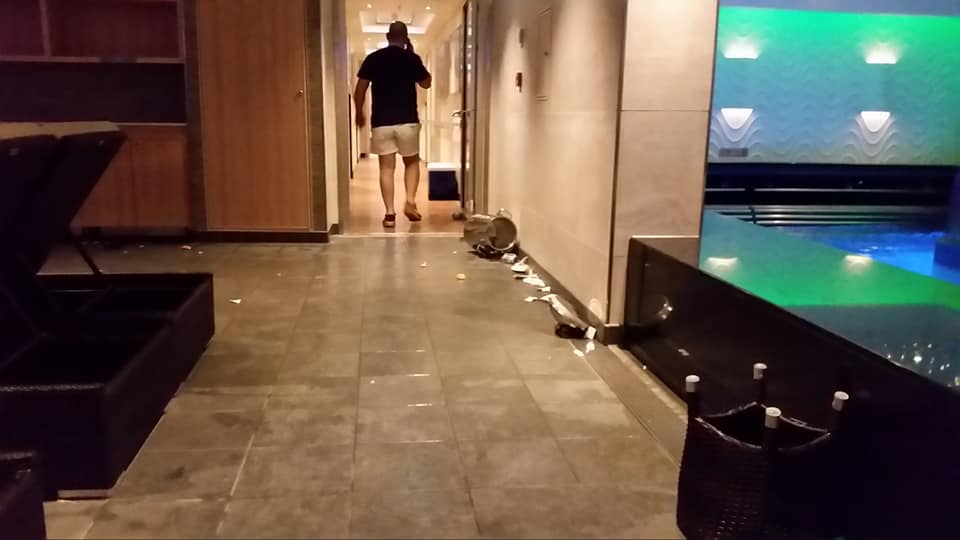 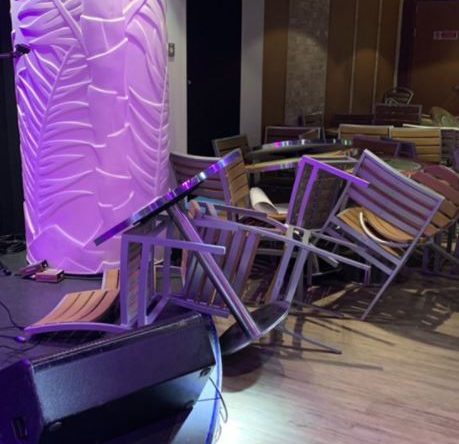 Cruise staff member Junmar said he thought it was the "end of our lives" after posting images on Facebook of him trying to hold pieces of furniture down.

Crew workers can be seen in their pyjamas as they were woken up by the listing ship.

The high winds follow a number of tornadoes that have swept across the US and left at least 23 dead.

Earlier this year, a couple on a Norwegian Cruise holiday were shocked to find a member of staff having sex in their cabin shortly after boarding.

They complained to the cruise liner who offered them compensation, although Norwegian later claimed they could not corroborate the couple's story.

A couple werealso recently left stranded after their ship left without them, after turning up late for departure.