Mallorca’s capital cracks down on anti-social behaviour: Pub crawls, laughing gas and walking around topless are all banned in Palma as officials try to improve its image

Mallorca’s upmarket capital of Palma has become the latest holiday destination to crackdown on anti-social behaviour with a raft of new rules for tourists.

The city’s council yesterday approved new laws that outlaw tourists walking around topless, which could see fines of up to 3,000 euros (£2,600).

The new rules also ban pub crawls and prohibit the sale of alcohol between midnight and 8am if it is not to be consumed within a bar. ‘Bottle parties in the street’ are also a no-no. 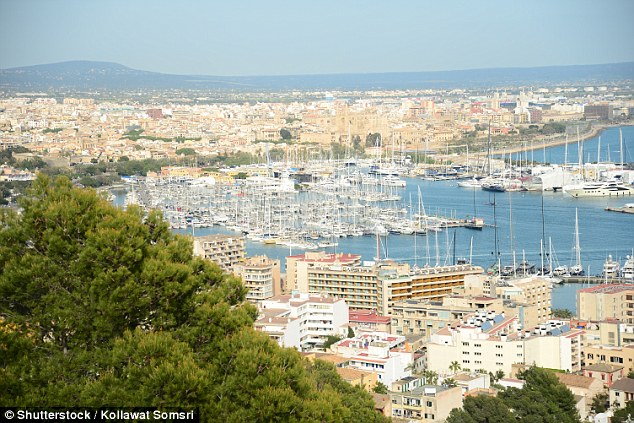 Mallorca’s upmarket capital of Palma, pictured, has become the latest holiday destination to crackdown on anti-social behaviour with a raft of new rules for tourists

Balconing, which sees people jump from balconies into swimming pools, will also be outlawed.

The sale and promotion of laughing gas is also banned.

Anybody caught having sex in the street will also be fined as well as people carrying out sex acts in a place that’s visible to others.

Police will have the right to decide the level of an immediate on-the-spot fine if they feel it is appropriate. 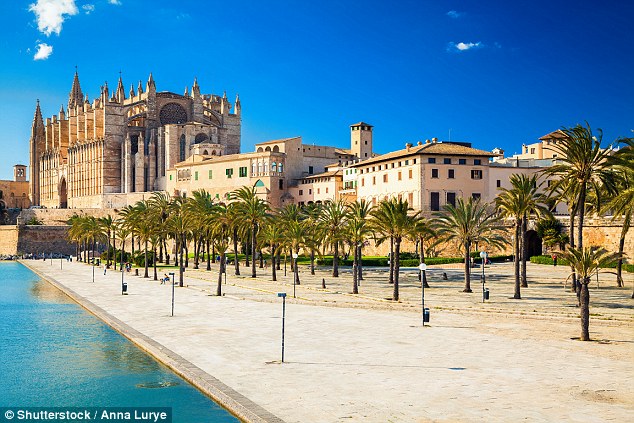 The following are all prohibited:

The new rules also clampdown on ‘hate crimes’ where local residents might take matters into their own hands against rowdy tourists.

But the main onslaught is against alcohol, which the city regards as the main evil behind anti-social problems and rowdiness.

Councillor for security at Palma City Council, Angelica Pastor, said: ‘This ordinance will not solve all the problems but gives tools to the police to work on.

‘We hope that it helps to improve coexistence in the main leisure areas.’

Palma’s Mayor, Antoni Noguera, added: ‘We will tackle excess tourism and these new regulations will help to improve our image.

‘This ordinance has the object of intervention against the tourism of excesses that makes alcohol its main activity and that causes a bad image of Palma.’

He has appealed to all tourists to ‘act responsibly’ and respect Palma as a tourist destination.

‘We must all be part of the solution,’ he added.

‘We have some blackspots in Palma that we can put in quarantine. We have allocated many resources to Playa de Palma and this ordinance is a very powerful tool to improve the destination.’