The plane had just landed when hydraulic fluid leaked onto the hot brakes of the aircraft. 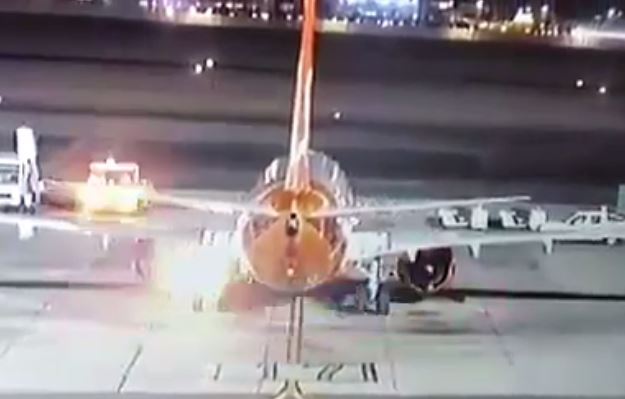 The plane is owned by Ukrainian airline SkyUp which was launched in 2016.

Flight PQ7153 was taxiing on the tarmac when the left landing gear caught on fire.

A video shared by AirLive captures the moment the plane comes to a stop, only for the wheels on the left side of the plane to erupt in flames.

Airport emergency crew quickly responded, putting out the fire after a few minutes. 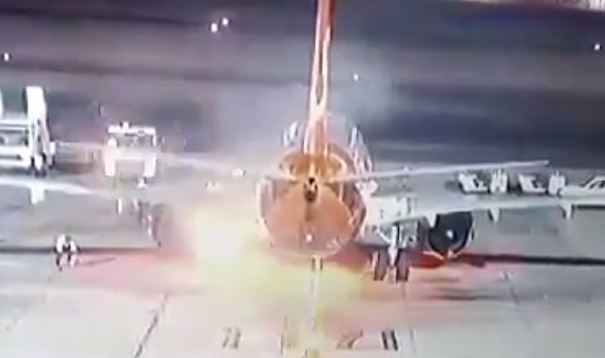 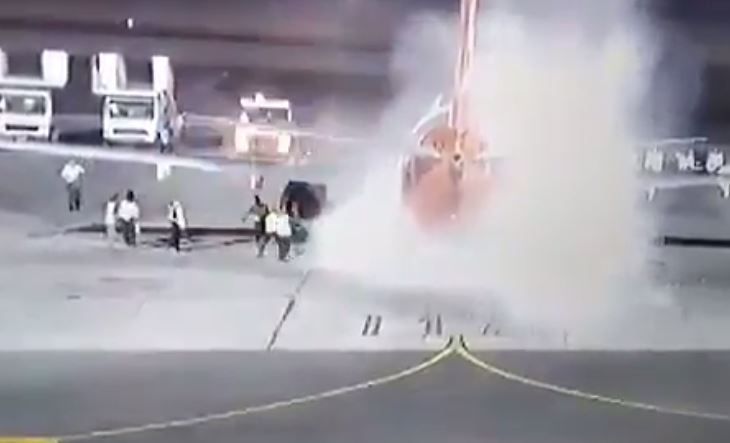 None of the 189 passengers or seven crew members were injured and were safely evacuated.

According to FlightGlobal, the Egyptian civil aviation ministry praised the "professional" ground service team for stopping the fire from spreading to other parts of the aircraft.

SkyUp confirmed they would be replacing the wheels and brakes following an inspection by engineers.

Flights from the UK to Sharm el-Sheikh have recently been introduced again following a four-year ban, with easyJet Holidays and TUI announcing package deals next year.

The government prohibited direct flights in 2015 after a Russian aircraft was bombed shortly after take off from Sharm el-Sheikh, killing everyone on board.

A Virgin Atlantic flight was forced to make an emergency landing in Boston after a phone charger set on fire in the cabin.

Terrified passengers fled a flight in Russia after one of the wheels went up in flames.