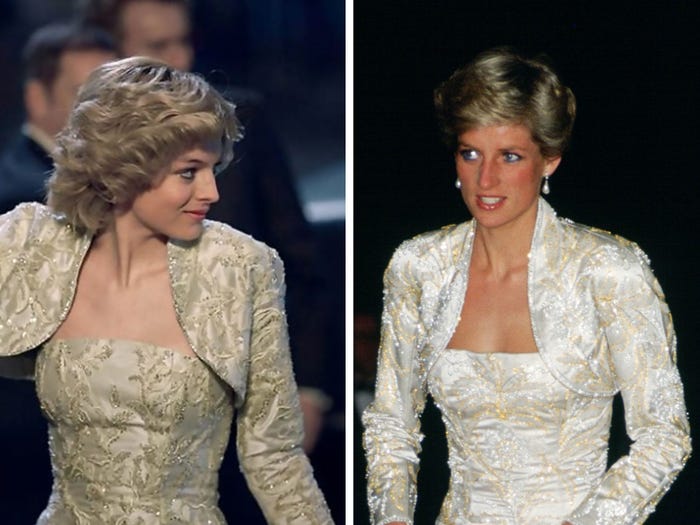 Warning: Spoilers ahead for the fourth season of Netflix's "The Crown."

After seven years of marriage, her relationship with Prince Charles was on the rocks. Both had entered into extramarital affairs: Prince Charles with Camilla, and Diana with her riding instructor, Captain James Hewitt.

Diana "was the love object of everyone in the world except her husband […] she was faced in her mid-twenties with something she found chilling to contemplate: a fairy-tale marriage that had cooled into an arrangement," Vanity Fair's Georgina Howell wrote in 1988.

This moment in time is a central focus of season four of Netflix's "The Crown." Released on November 15, the hit series' newest season depicts the lives of the British monarchy from 1979 through 1990.

Episode 10, "War," shows how Diana, played by actress Emma Corrin, used a 3-day solo tour to New York City in March 1989 to establish her independence and promote causes she was passionate about amid turmoil at home.

Here's how the real-life tour happened and a look back in photos. 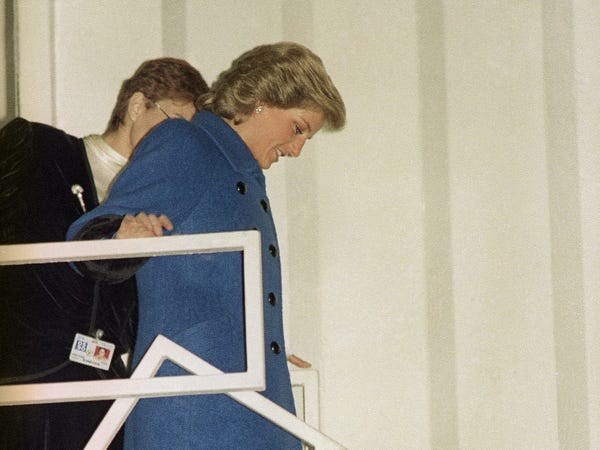 The official purpose of the three-day tour was to "promote British industries abroad," Netflix's Anita Rani explains in an episode of "Beneath the Crown." 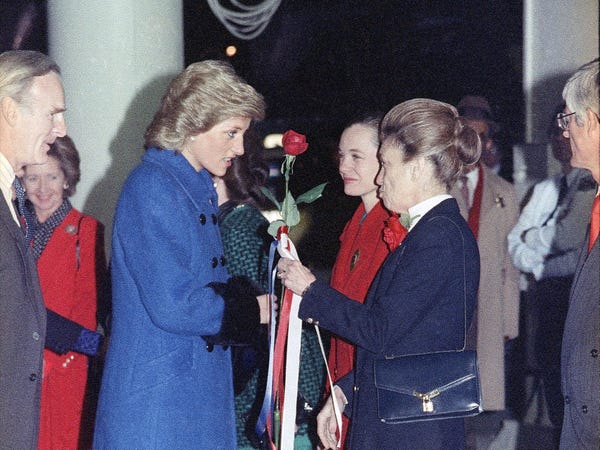 Privately, Diana sought to take control of her narrative as conflict brewed between her and the royal family over her tumultuous marriage with Prince Charles. 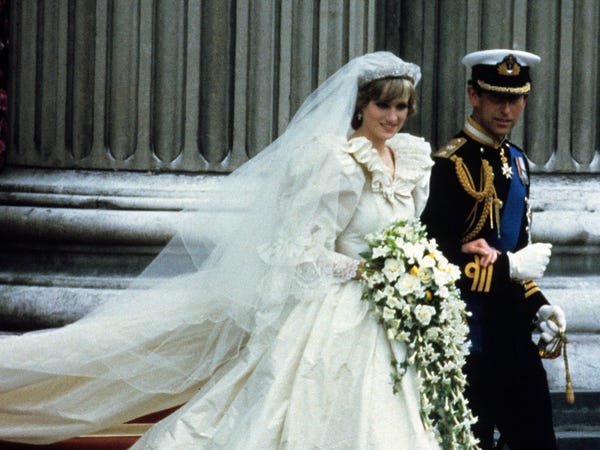 After landing in JFK, Diana headed straight to a cocktail party hosted by Dawson International, producers of Scottish cashmere, where she mingled with high-profile fashion designers. 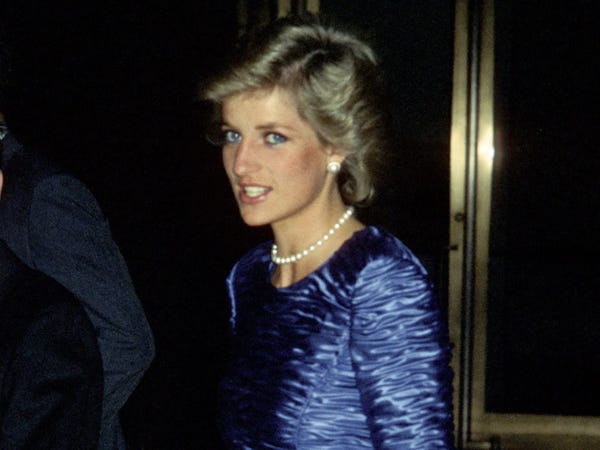 Before her visit, American media predicted that Diana, a fashion icon, would spend much of her time shopping in New York's high-end stores, but Diana's itinerary proved them wrong. 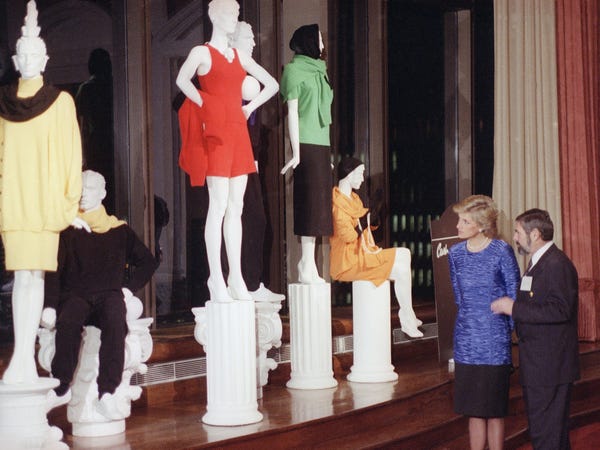 The next morning, she paid a visit to the Henry Street Settlement, a social services program in Alphabet City. 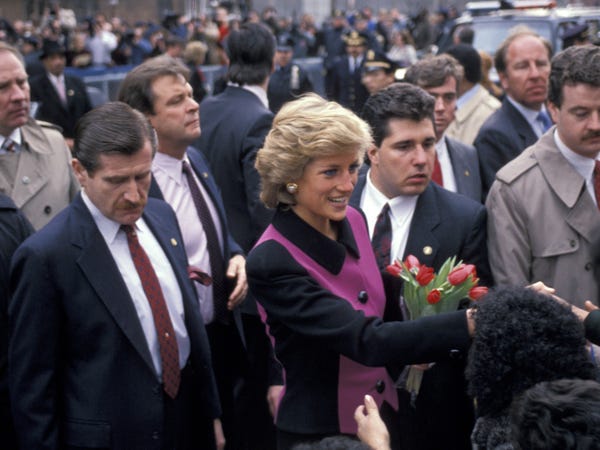 Diana's visit to Alphabet City marked a departure from previous royal visits to New York. "Diana chose to visit deprived areas of Manhattan usually ignored by the rich and famous," Rani said. "The locals were delighted." 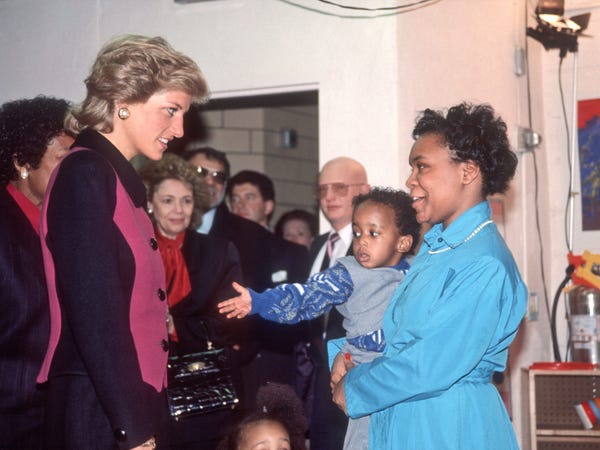 Later in the day, she visited FAO Schwarz, New York's oldest toy store, to see an exhibition of British toys. 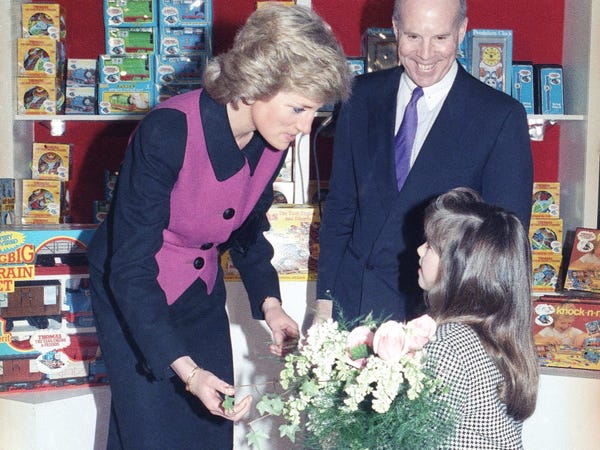 That evening, Diana attended the banner event of her tour: a gala hosted at Brooklyn Academy of Music (BAM) that included a performance of the Welsh opera "Falstaff" followed by a reception at the Winter Garden in Manhattan. 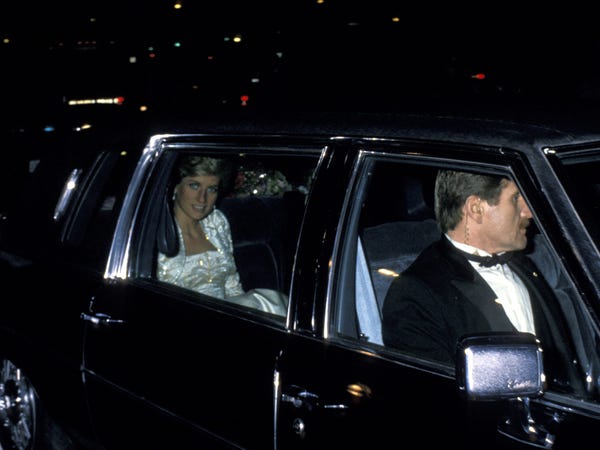 Diana wore an ivory-and-gold beaded gown by Victor Edelstein, which caught the attention of New York's high society in attendance, according to Karen Brooks Hopkins, President Emerita of BAM, who hosted Diana at the gala. 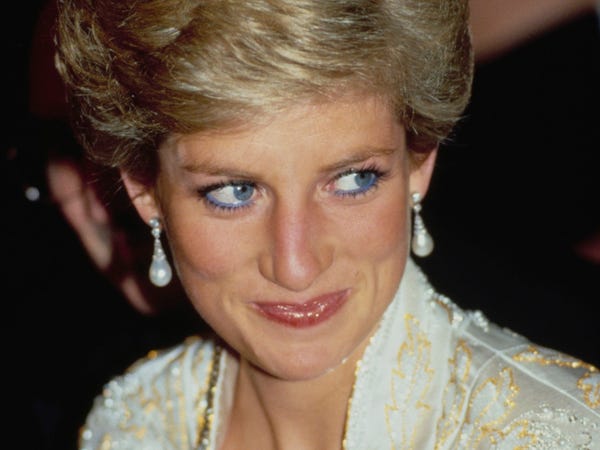 "Since it was New York, everyone was wearing black […] So when Diana entered the box, radiant in a magnificent long white dress with a matching bolero jacket covered in jewels, a gasp went up from the crowd," Brooks Hopkins told People magazine. 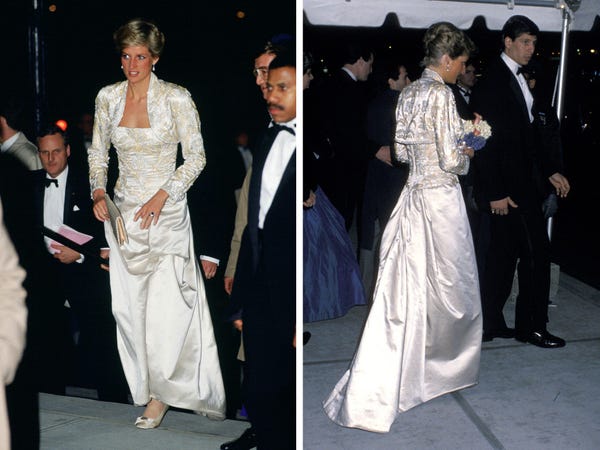 On her final day in the Big Apple, Diana paid a visit to the Harlem Hospital, where she spoke with doctors and visited the AIDS unit. At one point, Diana, picked up and hugged a 7-year-old AIDS patient, generating a flurry of positive press attention. 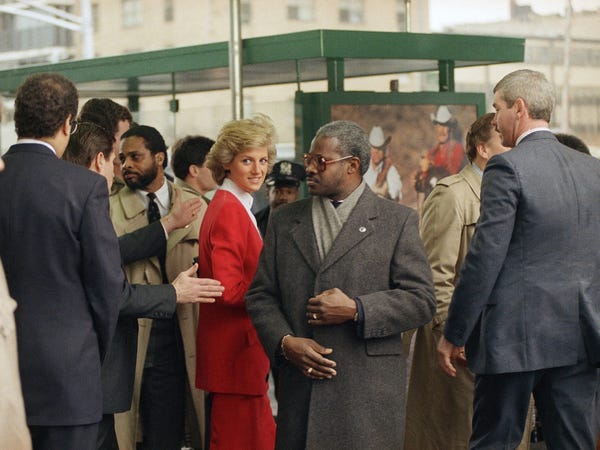 "Your presence here and in Great Britain has shown that folks with this disease can be hugged, can be cared for," Margaret Heagarty, Director of Pediatrics at Harlem Hospital told Diana, per The New York Times. 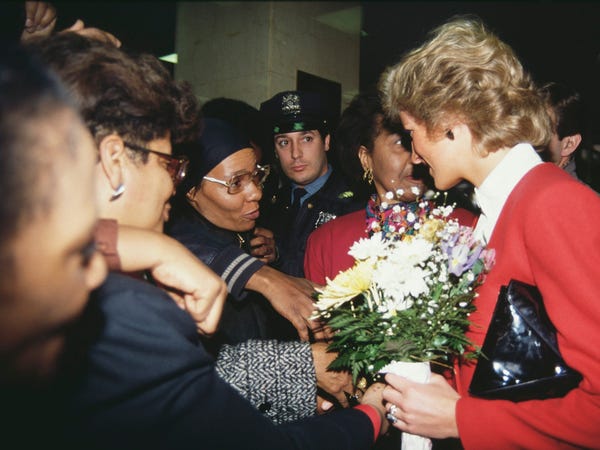 Though Diana's New York tour was a short trip, it is acknowledged as a defining moment of her career. 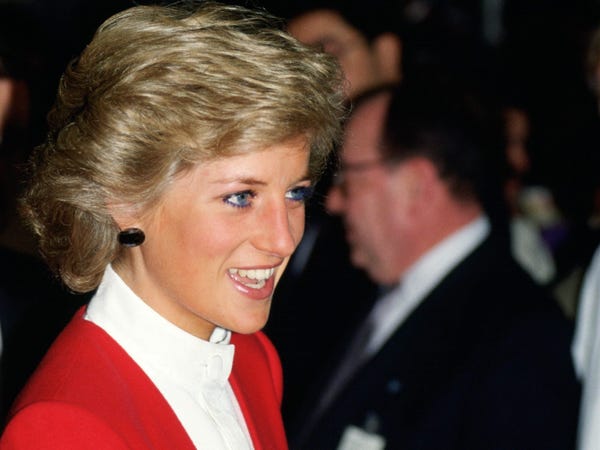 In place of "frivolous coverage on shopping sprees and dazzling dresses … what emerged were headlines about Diana's public displays of compassion for those far less fortunate than the royal family," Rani said. 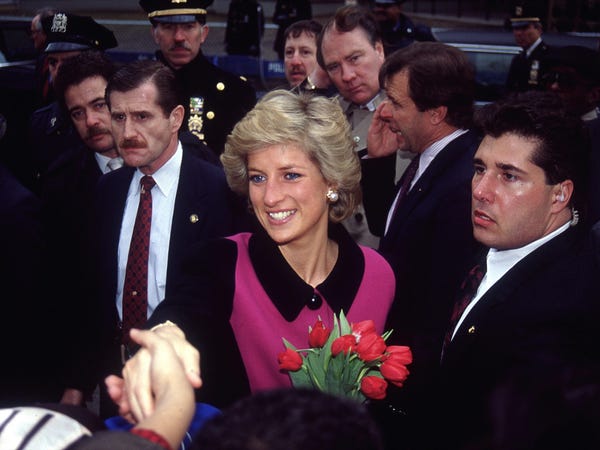