Poldark fans have been told to stay away from two Cornish beaches as huge visitor numbers have been causing ‘gridlock’ on the surrounding roads.

Beachgoers have been turning up in their droves to Kynance Cove and Porthcurno, just two of the county’s 400 beaches.

The beauty spots have featured in the BBC One show starring Aidan Turner, who plays the heart throb leading man in the series. 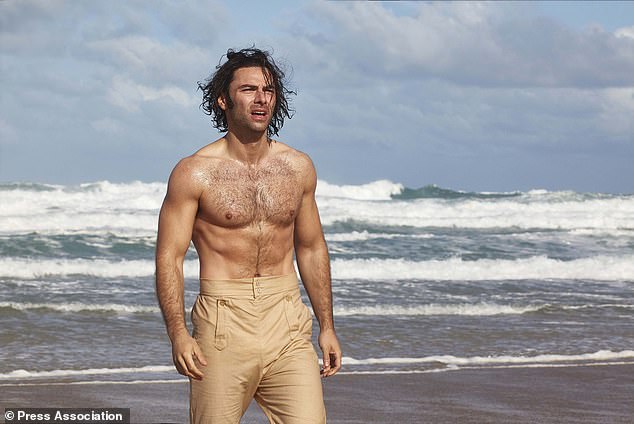 Actor Aidan Turner, who plays Poldark, films the BBC One show on one of the beaches in Cornwall

He said: ‘On particular peak days and especially at weekends, we have suffered from gridlock in these places.

‘For anybody who loves and knows our Cornwall, these particular beaches are down quite windy roads so it’s not always that easy to just quickly drive on because you have got to turn round.

‘It’s about informing and distributing so people have a great holiday and enjoy Cornwall rather than getting frustrated at being stuck down one of our beautiful Cornish lanes.’ 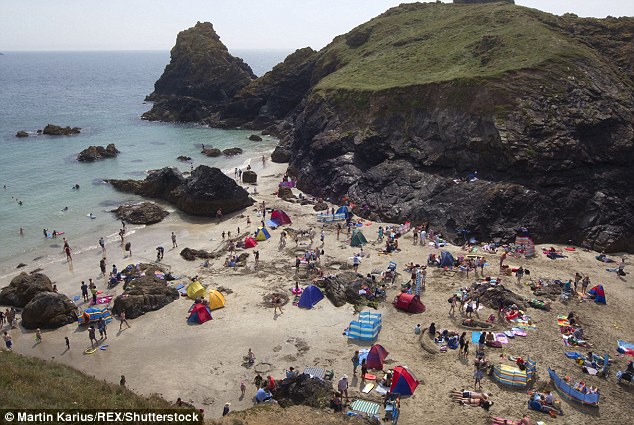 Holidaymakers pack out Kynance Cove in Cornwall, one of the beaches tourists have been told to avoid 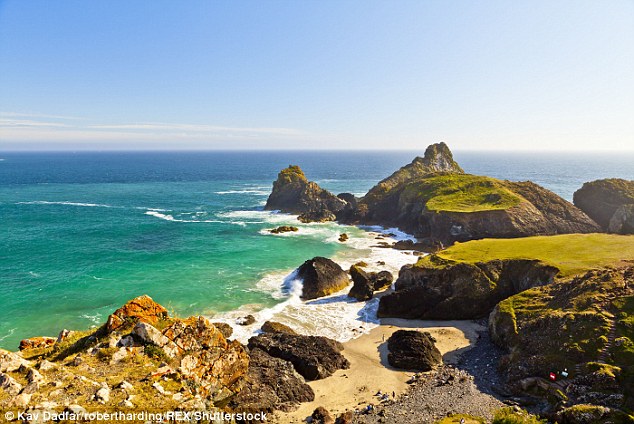 However, Mr Bell insisted Cornwall still wanted to welcome tourists to the area and he was grateful for the popularity generated by the series, which he said had caused a 10 per cent increase in visitors.

He added: ‘Dear Mr Aidan Turner and his wonderful chest and thighs walking down the water is better advertising than we could ever hope to get.

‘There are actually lots of other beaches he is filmed on and we can point people to, because we have 400 miles of coastline and a beach for every mile.’

A tourist tax would not be the answer either, Mr Bell insisted, particularly with one in three Cornish households and 53,000 employees reliant on the tourism industry. 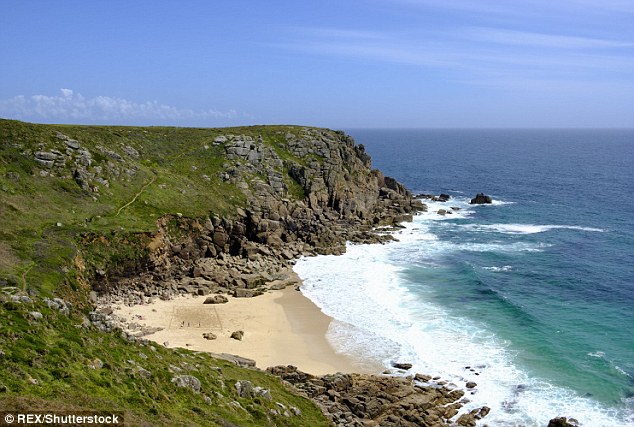 Porthcurno beach has also featured in Poldark. It is one of just 400 beaches in the county of Cornwall

‘About 30 per cent of all tourist tax goes on tax already’, he said, pointing to VAT and employment tax.

‘It’s not a matter of another tax but whether some of that money should come back from London.

‘Maybe there is an argument about Treasury gain versus local pain.’

A new series of Poldark is expected to return to TV in 2019.