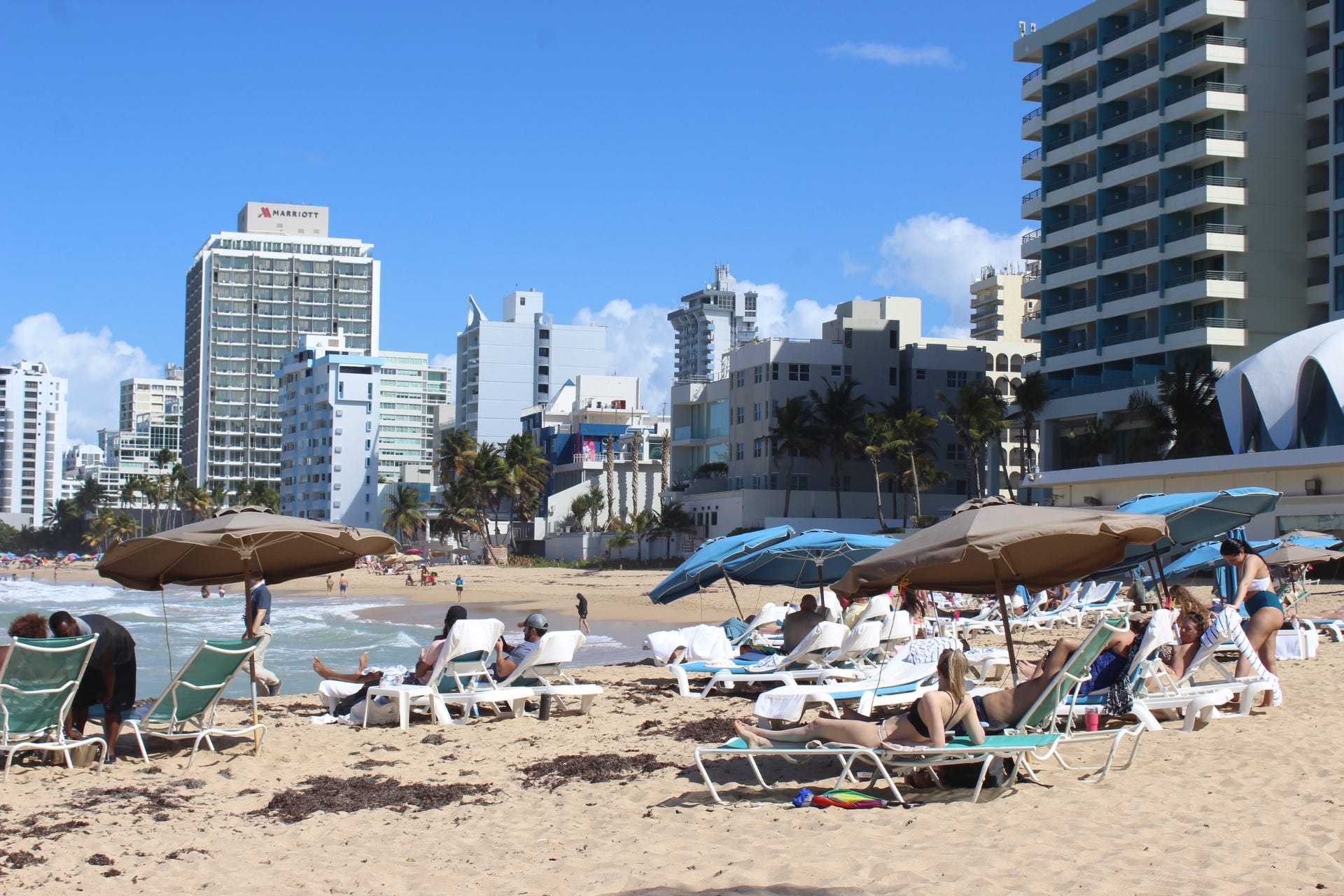 SAN JUAN, Puerto Rico — As a bartender at La Factoría, a popular bar in Puerto Rico, Celso Meléndez Vázquez has had a front row seat to the rise of misbehaving tourists in the island’s capital.

Meléndez Vázquez works and lives in the popular tourist area of Old San Juan, and he was nervous about all the violent incidents happening with tourists around the area who refused to adhere to local face mask requirements.

“I would sometimes go to work thinking, ‘Is this the day I’m going to have some aggressive interaction with someone?’ ”

When he clocked out of work, he would encounter a sea of people in the streets not wearing masks.

The current executive order in Puerto Rico, enacted on Feb. 8, states masks must be worn at all times, including outdoors. The island’s curfew also runs from midnight to 5 a.m., and businesses are allowed to stay open until 11 p.m.

However, over the past few weeks, Meléndez Vázquez says the situation has gotten better due to a heightened police presence.

Low-cost flights, cold weather in the U.S. and boredom due to COVID-19 lockdowns have enticed many travelers from the U.S. to visit the island territory during its peak season for travel, which runs from mid-December to mid-March.

In 2021, Puerto Rico has had more than 11,911 incoming flights, according to the airline communications firm Juliett Alpha. Roughly 82% of these flights are coming from the U.S.

Puerto Ricans have expressed concerns over travel to the island and tourists contributing to the spread of the coronavirus that causes COVID-19. The island has also experienced multiple episodes in which tourists became violent after being asked to wear a mask.

In February, tourists reportedly assaulted a woman in a wheelchair after they were told to wear masks. A video posted to social media showed the women, who were reportedly staying at an Airbnb in San Juan, throwing their drinks at the woman’s face and telling her to speak English.

THREAD. Tourists in Puerto Rico assault woman in wheelchair. The tourists, were asked wear their masks, to keep their distance, and hold the door for her so she could enter the building. The tourist refuses, says “SPEAK ENGLISH!” then throws her alcohol drink at woman’s face. pic.twitter.com/0xiXzMYITt

In mid-March, another video showed a violent altercation between guests at the Sheraton hotel in San Juan, which ended with security guards stopping the fight and the hotel removing the guests from their premises.

“We’ve assigned a lot of police, especially in the area of Condado due to the high number of incidents,” Orlando Rivera Lebrón, San Juan’s police chief, told USA TODAY. “Ever since we started this plan, we have made several arrests and have intervened with a lot of disorderly conduct.”

COVID-19 exposure on flights: The US doesn’t share details, but Canada does

According to Rivera Lebrón, municipal police officers have arrested 27 people in these tourist areas for drug possession and violent behavior since the plan has taken place. The plan includes having police enforce the 11 p.m. business closure rule, in accordance with the current executive order.

The police’s security plan coincides with a Puerto Rico Tourism Company’s campaign promoting mask usage and reminding tourists of the curfew in place from midnight to 5 a.m.

The campaign is promoted in popular tourist areas through billboards, which also remind tourists of the fines for not following the executive order. People who fail to comply with the mask mandate can face a $100 fine.

With spring break travelers, hotel occupancy is almost at capacity. Joaquín Bolívar, the president of Puerto Rico’s Hotel and Tourism Association, said he expects all the rooms to sell out for the week of spring break.

Puerto Rico Governor Pedro Pierluisi on Monday detailed a larger security plan for spring break. Over 3,500 will be stationed in tourist areas during the week, and the National Guard will have roughly 1,100 active soldiers stationed in the island to enforce the executive order.

Pierluisi said the government would allocate the necessary resources to “prevent agglomerations and combat non-compliance with executive orders.”

In Puerto Rico, the tourism industry accounts for 80,000 jobs and about 6.5% of the island’s total economy.

“At the Tourism Company we are committed to the consistent development and strengthening of Puerto Rico as a tourist destination of excellence, in addition to maximizing the international projection that distinguishes it as an ideal destination where law and order prevail,” Carlos Mercado Santiago, president of the Puerto Rico Tourism Company, said in a statement on March 14.

Puerto Rico has implemented several executive orders aimed at diminishing the spread of the coronavirus that causes COVID-19, including some that restrict visits to the beach. Beaches are open for recreational use.

The island has more than 107,105 confirmed cases of COVID-19 and more than 2,113 deaths as of March 31, according to Johns Hopkins University data. The island is reporting an average of 170 cases per day, according to the weekly trend.