There are 13 decks on board the boat with 224 rooms and suites available to stay in. 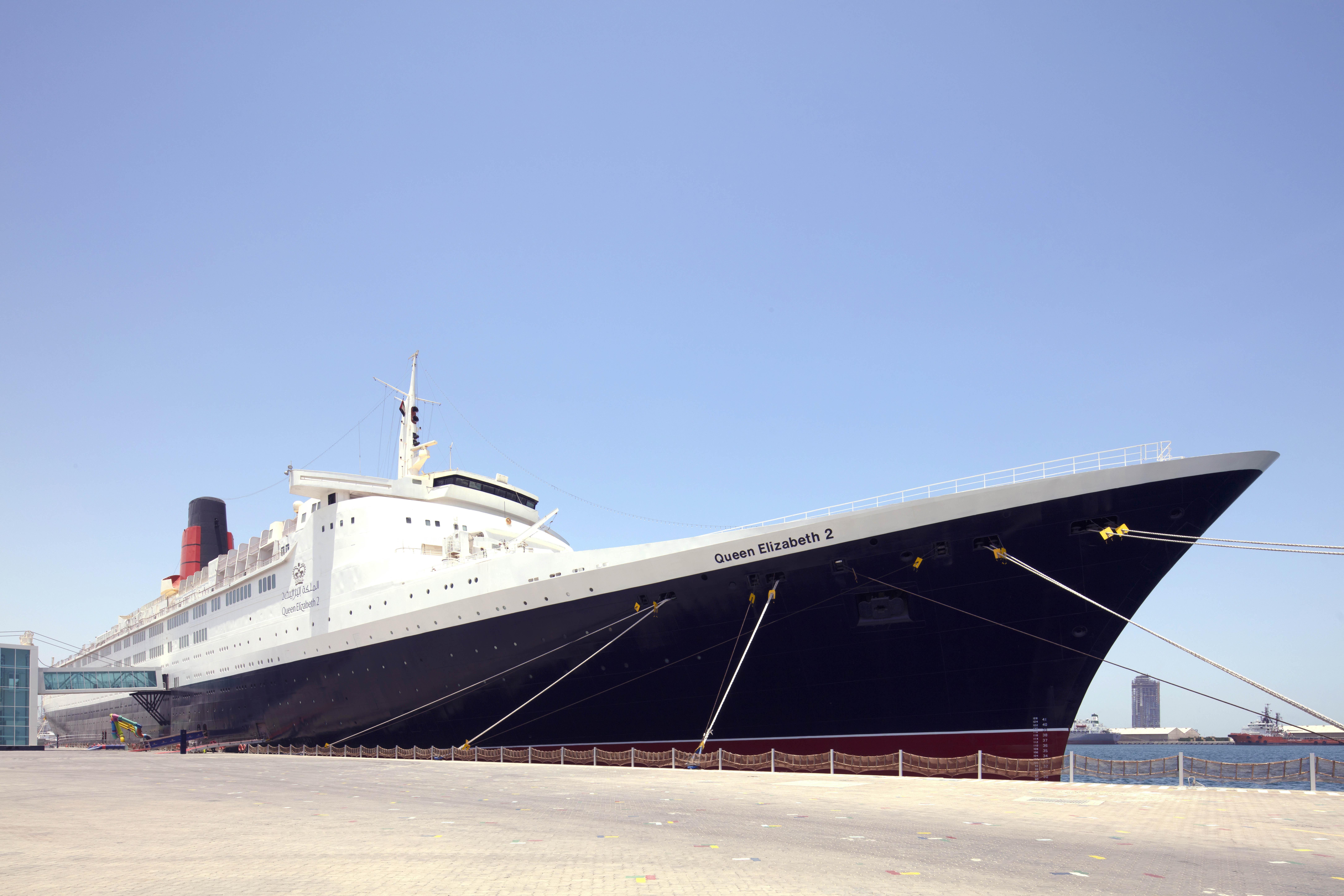 Bedrooms have been fully restored and come complete with replica carpets from the ship’s days on the waters and period furniture.

All rooms come with king-sized beds and cost from 91AED (£18) per night in January, room only.

The most expensive package on offer is the “timeless romance” package, for 310AED (£64) per room per night.

This includes a private tour of the ship, champagne, a candlelit dinner, late check-out and breakfast, as well as “romantic amenities” in the bedroom. 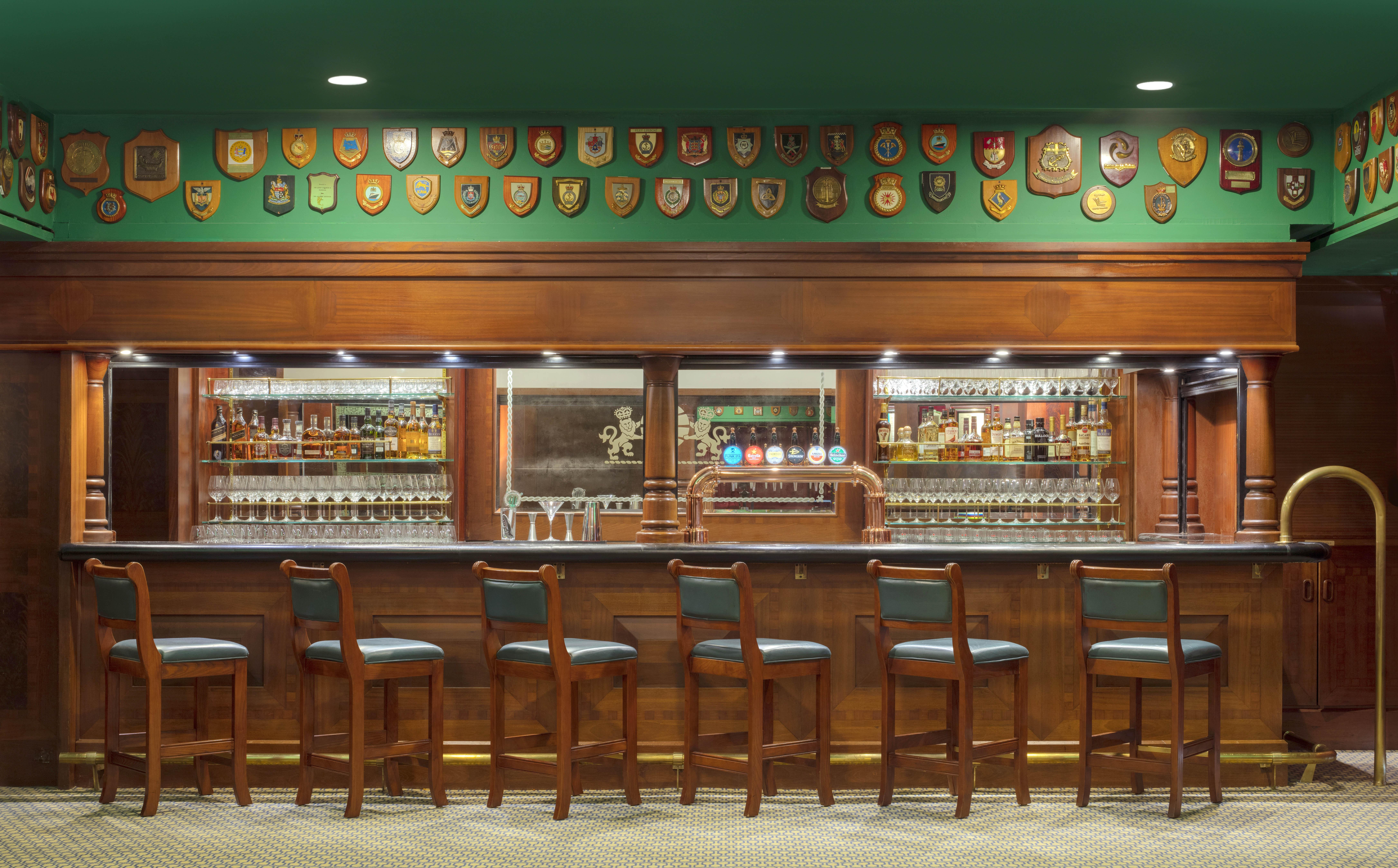 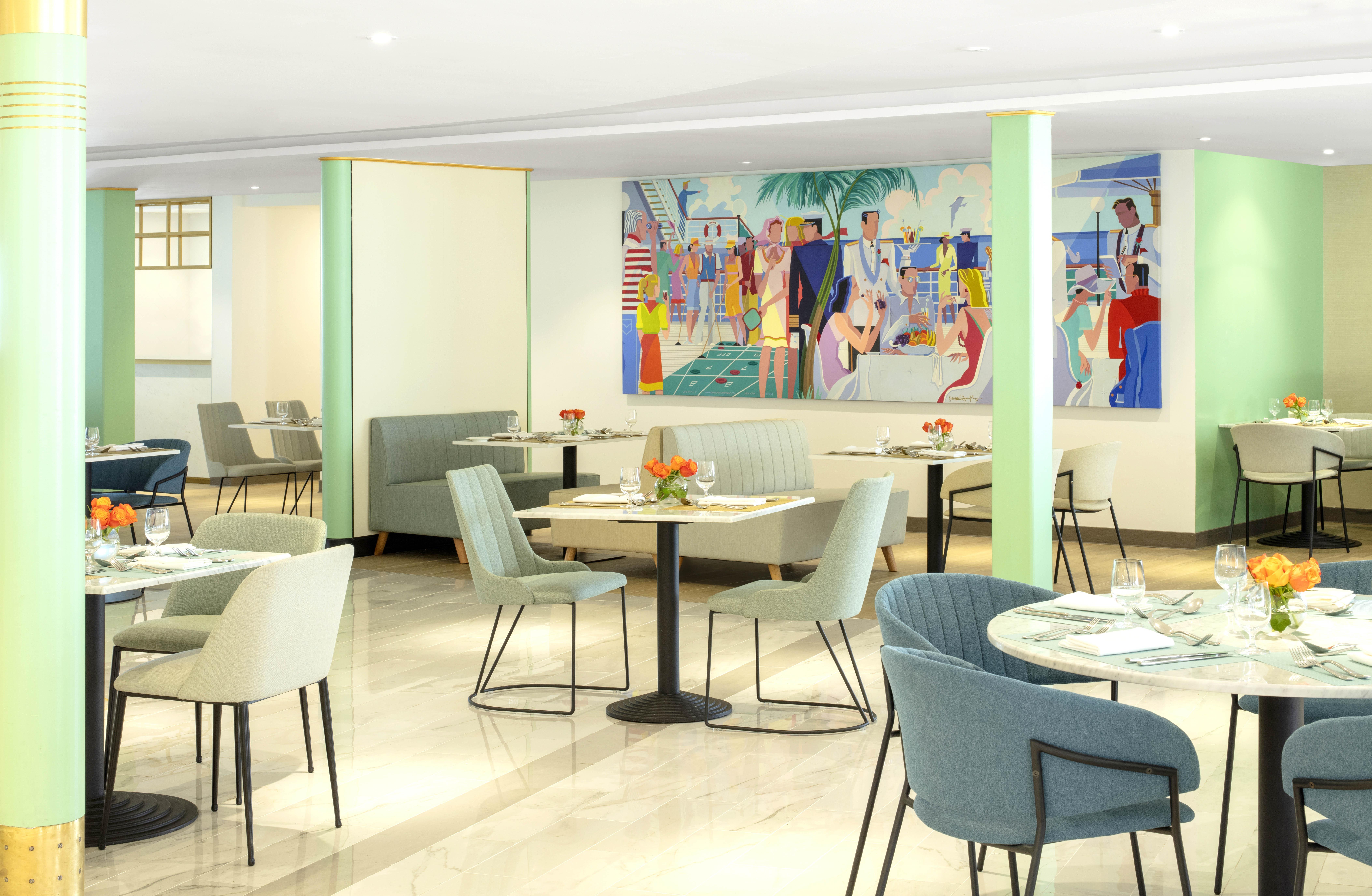 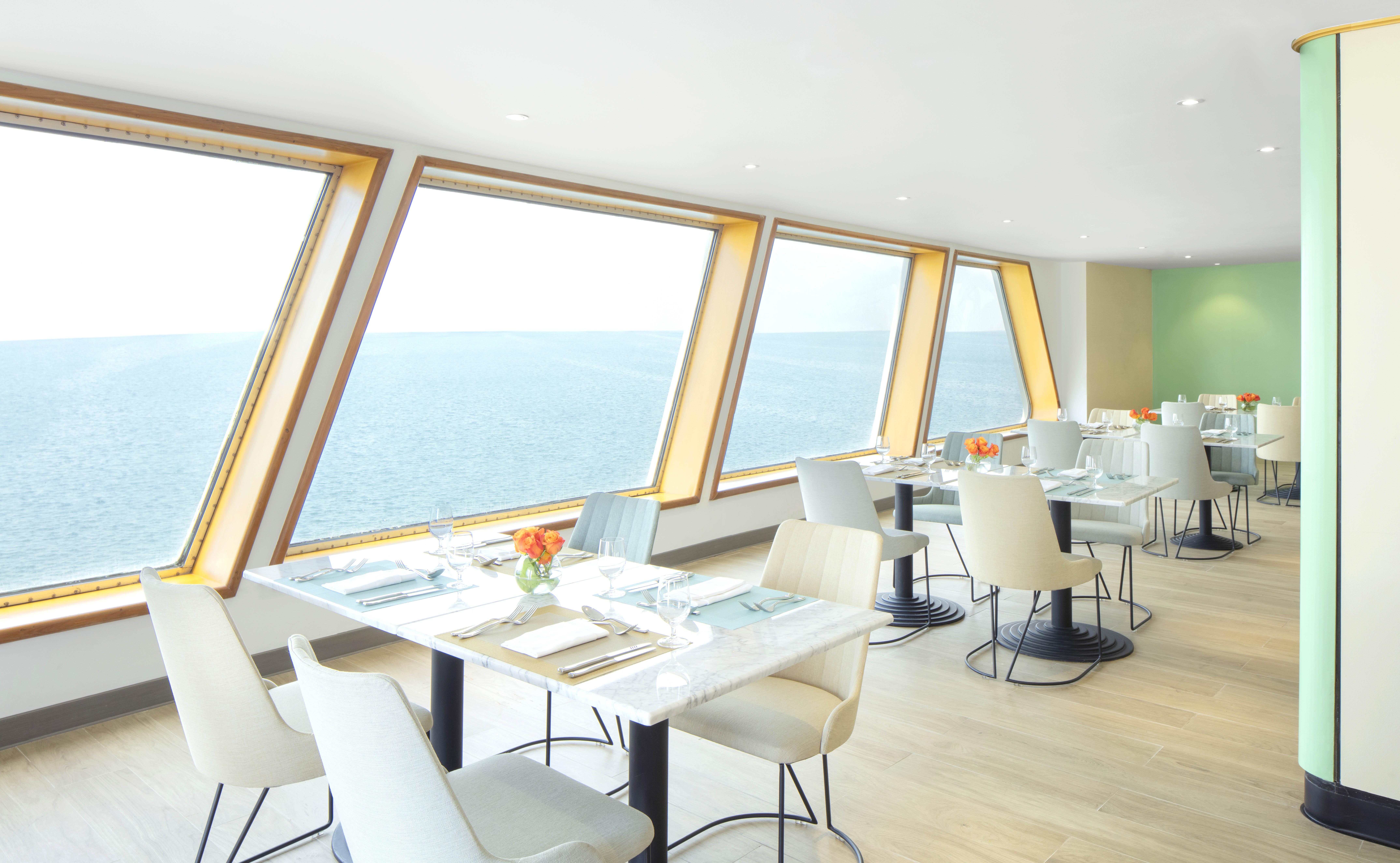 Drinks can be had in the ship’s own British-style pub, the Golden Lion.

The pub has beer on draught as well as darts, pool tables and big screens for sport – a home away from home for Brits in Dubai.

There are also 10 different restaurants and bars where passengers can grab anything from a full English to a Friday brunch.

Guests will also want to head to the Yacht Club, a deck that looks out over Dubai’s skyline. 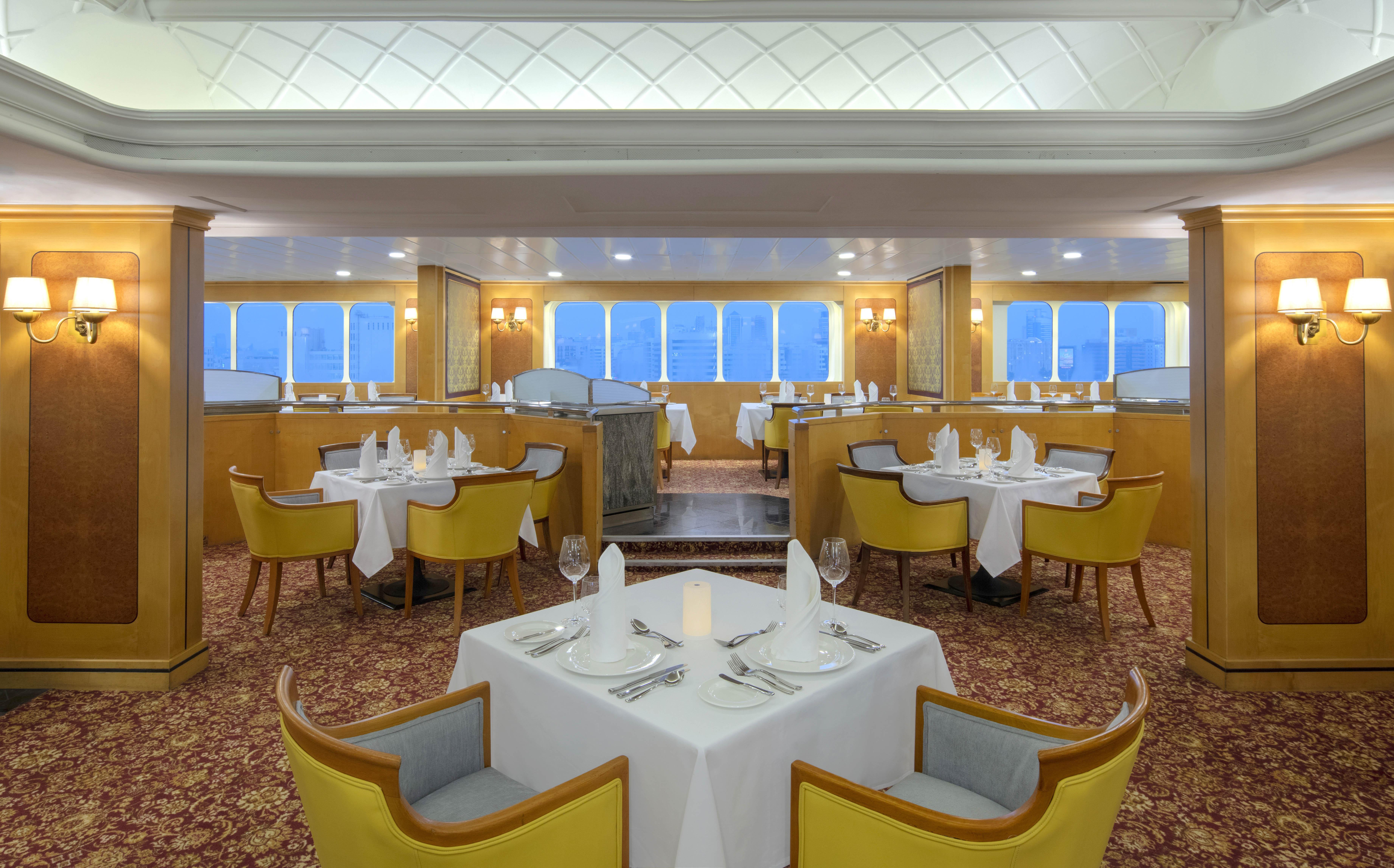 They can also look forward to a swimming pool and private island beach that are yet to open.

The ship was in service as a cruise liner from 1969 to 2008 and in her time sailed six million miles.

She crossed the Atlantic more than 800 times and carried 2.5 million passengers, including Falklands War troops.

The ship was been the subject of a 1972 bomb threat – and was also involved in rescuing 500 people from burning French ship the Antilles in 1972. 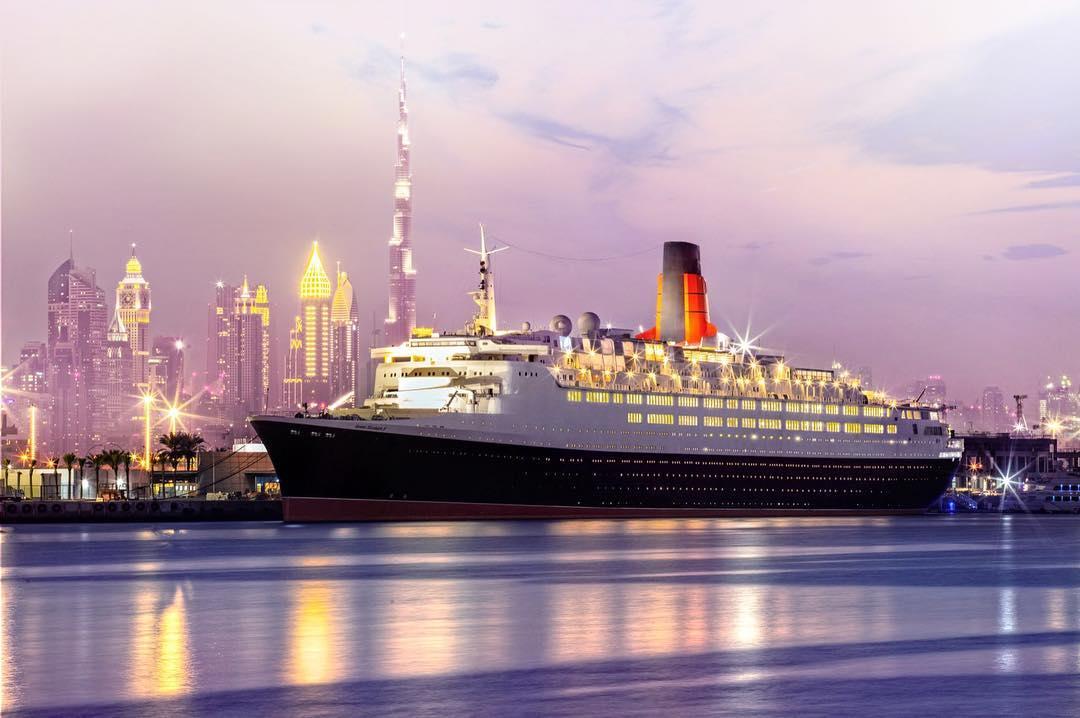 She is now located in the Mina Rashid port in Dubai.

The mega-cruise ship has been docked in Dubai since 2008 – in which time the heat had taken a toll on her.

The Telegraph reported that the vessel had become “mouldy” and “filthy” during her time in retirement earlier this year before renovations were completed.

The mall will be in the heart of the Dubai Creek harbour and is being touted as “high tech meets retail”. This won’t be the average shopping mall – it’s going to have some seriously futuristic features as well.

These will come in the form of AI robots that will recommend what to buy, interactive mirrors and smart fitting rooms.