So, as I was on my way to Italy’s most fashionable holiday hotspot, it was only natural I received a VIP airport experience. 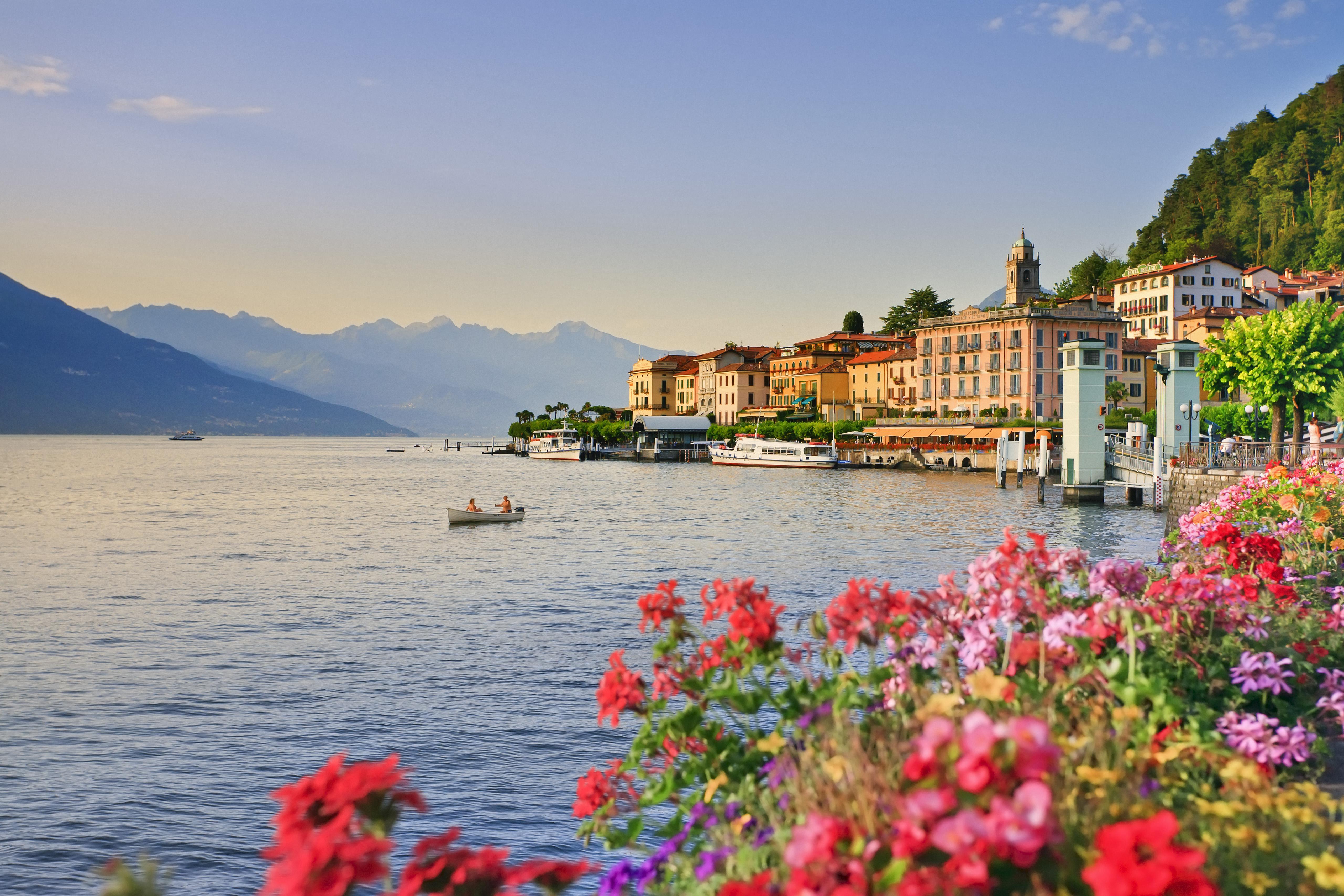 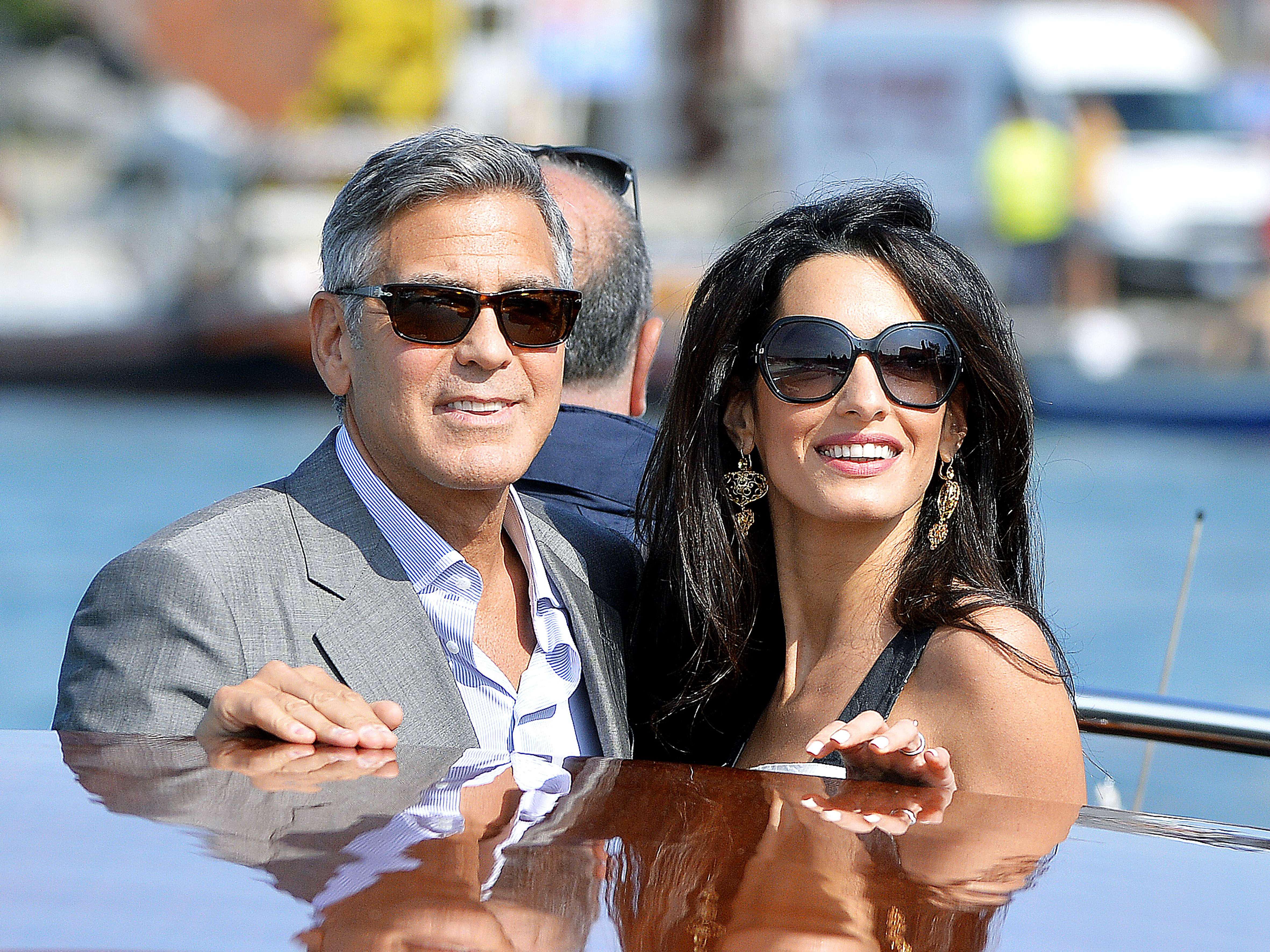 I left my motorbike in front of the terminal, waltzed through security without queuing then had a fancy meal while waiting for my flight.

No, George Clooney hadn’t invited me to his lakeside villa on a private jet — I was just another passenger at Southend Airport, where even economy-class customers feel like a million dollars.

Recently rated the best airport serving the capital by Which?, Southend makes flying such a doddle that you’ll never want to set foot in a full-size airport again.

With a customer rating of 84 per cent — 16 per cent more than any airport in London — the short-haul terminal feels like something from the golden age of air travel.

Security staff are plentiful and friendly, you can park within walking distance of the check-in desk or catch a 45-minute train from central London, and this year saw the opening of Bourgee Bites-Bar-Luxe Lounge, a classy joint adding glamour to the tiny airport. Billed as “affordable luxury”, the bar opens from 4am every day, serving a range of cocktails, champagne, brunch and mouthwatering teaser-style dishes. Don’t board your flight before scoffing an order of maple-and-sesame beef bits with soy-and-lime dipping sauce.

It was two and a half hours to Milan, followed by an hour’s drive to lively Lecco, a town on the southern tip of Lake Como where I was staying at the NH Lecco Pontevecchio in a spacious room overlooking the lake. 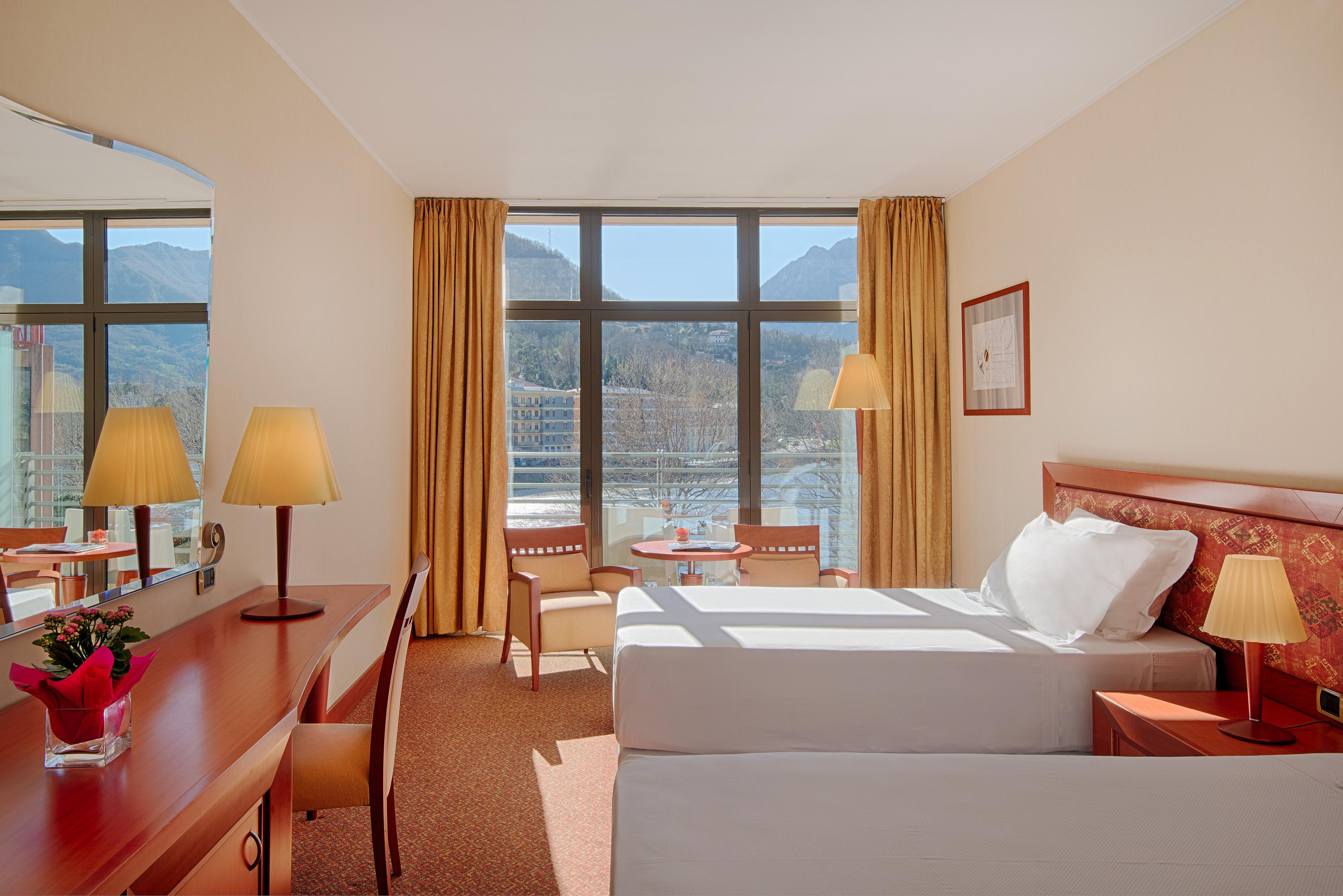 It was a busy Friday night in Lecco, with live music and livelier Italians packing the tables at alfresco bars, while the waterfront was a catwalk of stylish young lovers on motorcycles. The next morning, I visited Lecco’s Campanile San Nicolò bell tower, the second highest in Italy — not including ones attached to churches — which recently opened to the public. It’s a steep climb to the top but worth it for the views of the city, lake and mountains. 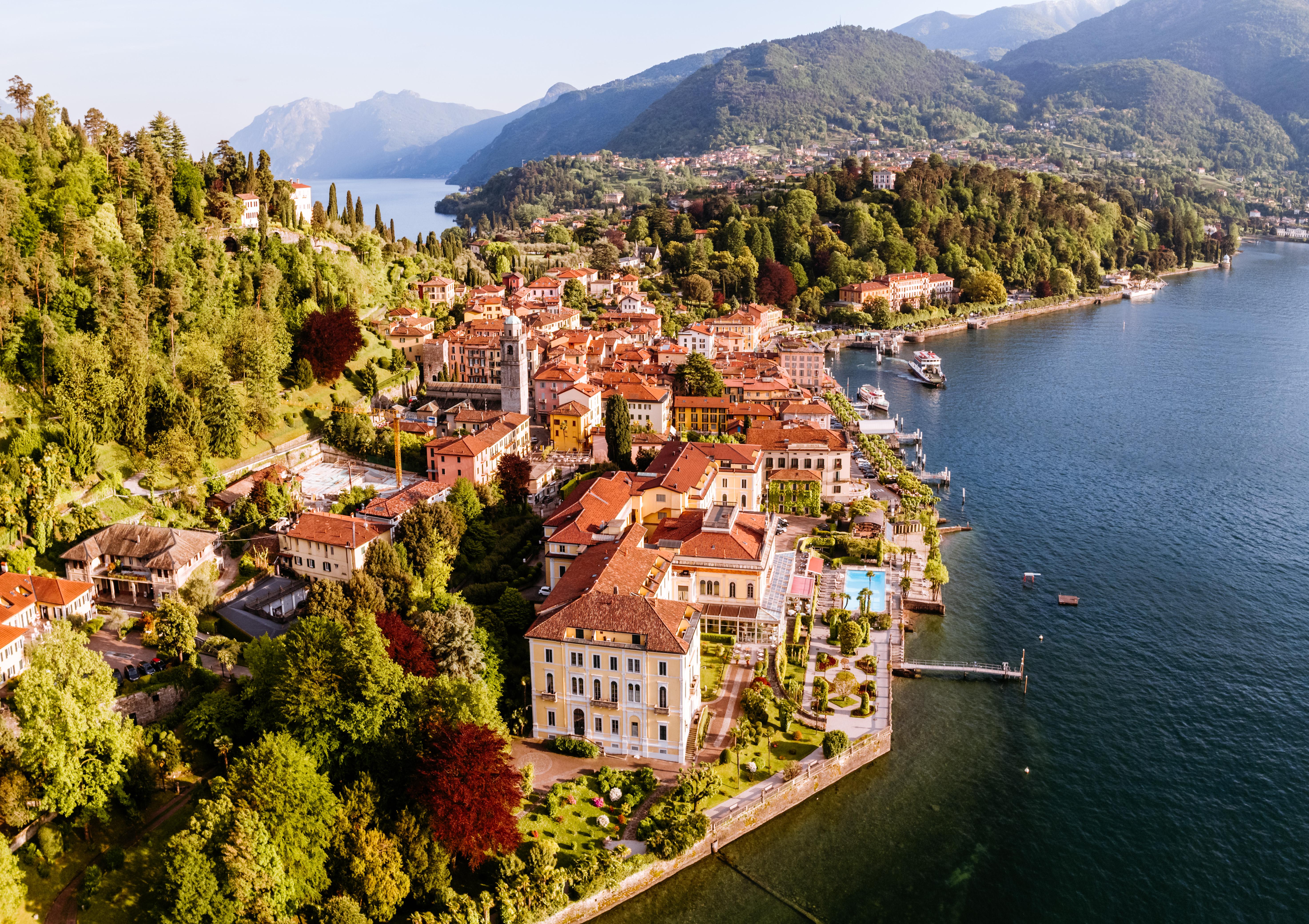 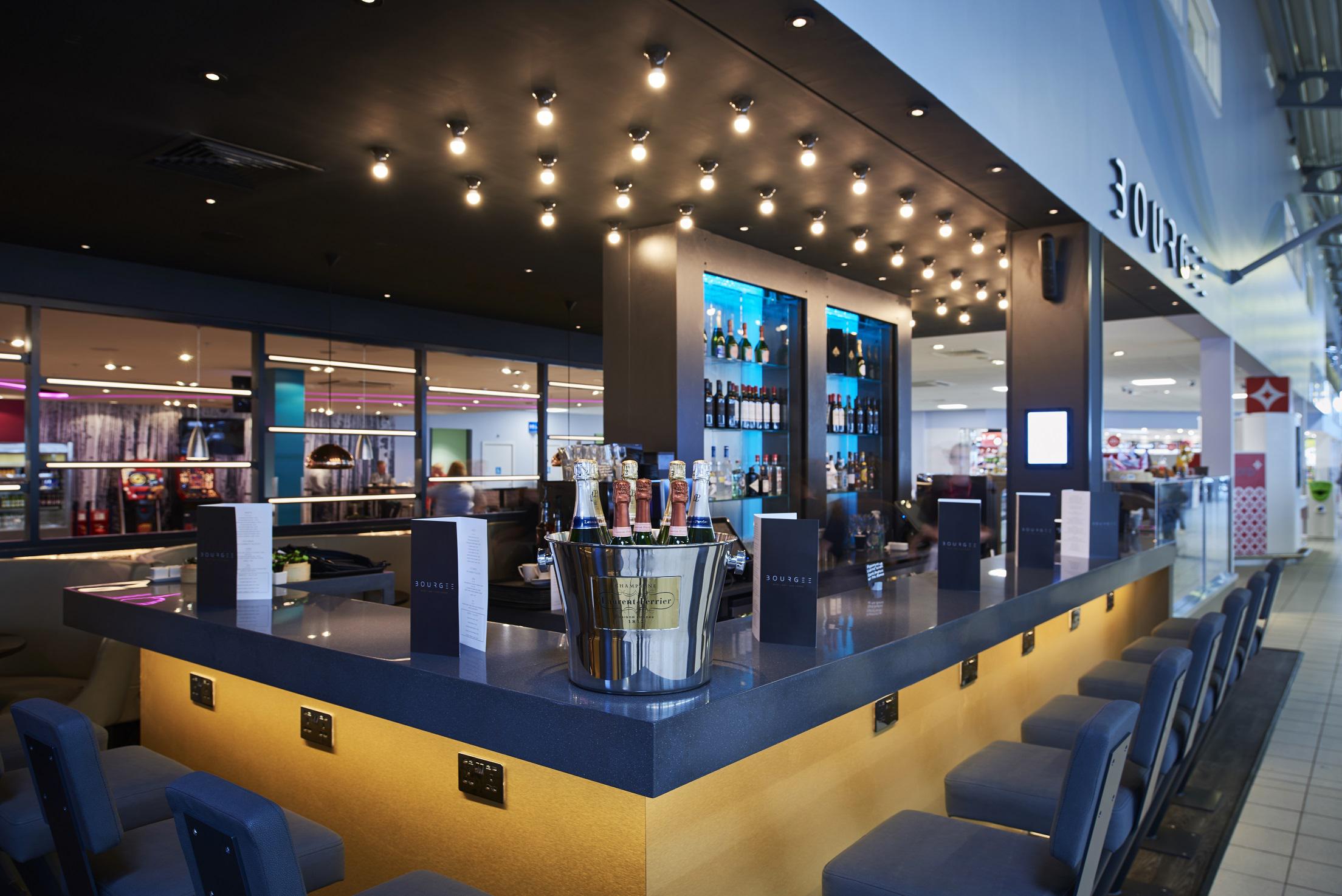 There’s not much else to do in Lecco during the day, but it’s the perfect base for visiting the tiny towns that cling to cliffs along the lake edge. The shores of Lake Como are dotted with palatial villas and gardens, with celebs such as Madonna, George Clooney and Gianni Versace all owning property.

Many of the grander houses are open to the public, like Villa Monastero in the idyllic town of Varenna, with gardens that stretch along the shore.

But being a massive Bond nerd, there was just one home I wanted to see — Villa del Balbianello.

The former monastery features in Casino Royale as a posh clinic where Bond recuperates, and in Star Wars: Episode II — Attack of the Clones as the location for Anakin and Padme’s wedding.

The quickest way to get there was by boat, so I joined a tour with Taxi Boat Varenna which drops you off at the villa, now owned by the Fondo per l’Ambiente Italiano, a kind of Italian National Trust. 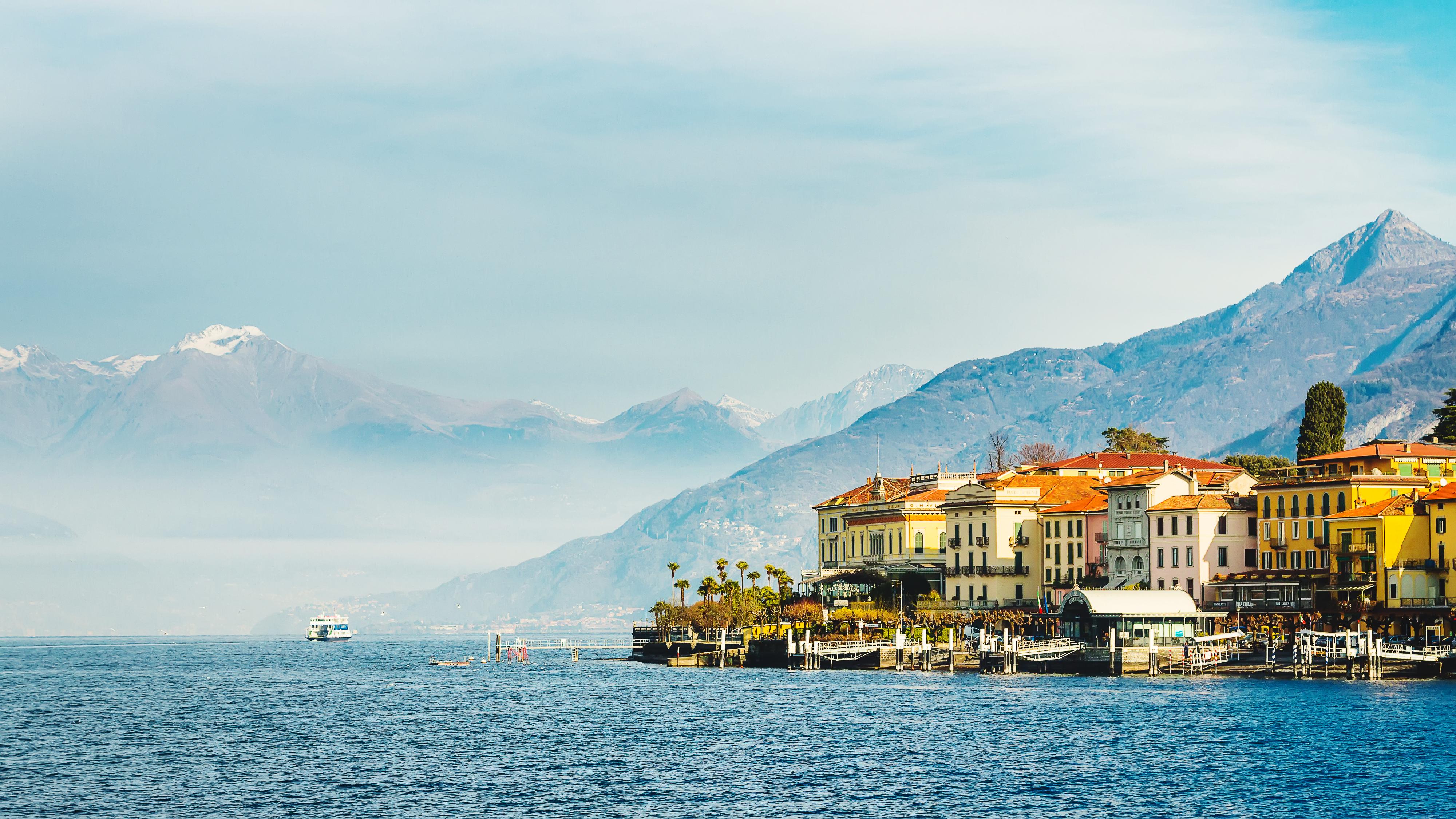 Setting off from Varenna, the four-hour trip took me across the lake, towards the western shore.

At its deepest point, Lake Como is 200 metres below sea level and the water warms up so much in the summer it creates a temperate micro-climate year round.

We passed the gobsmacking Grand Hotel Tremezzo, with its swimming pool that floats on top of the lake, and ogled Richard Branson’s mansion before disembarking at Villa del Balbianello.

Sat at the tip of a wooded peninsula, the building was originally the site of a Franciscan monastery, and has been added to over the years, most recently by its last owner, the Italian explorer Guido Monzino.

The interiors have all been kept in the same style since the 1970s when the Milanese entrepreneur and adventurer died, including secret passageways and his odd possessions, like a very impractical lighter made from an enormous ram’s horn.

GETTING THERE: Flights from Southend to Milan with FlyBe start from £29pp one way until the end of October. See flybe.com. London Southend flies to 30 European destinations and is 45 minutes from London by train. See southendairport.com.

STAYING THERE: The NH Lecco Pontevecchio costs from £56 per person per night, based on two sharing. See nh-hotels.com.

My 24 hours on Lake Como came to a close watching the sun set across the water from the Caffe Varenna.

With a cocktail in hand, I pictured myself as an explorer, British spy or A-list actor.

Only, I can’t imagine Bond, Monzino or Clooney have ever taken photos of their dinner.

It’s hard to look suave when you’ve ordered bruschetta with strawberries, subjected it to a mini photoshoot, then Instagrammed it with #foodporn.