Anyone who still has nightmares after watching the Alien sci-fi horror movies may experience a shudder when they see these images.

They show what look like spawning grounds for the terrifying ‘facehugger’ creatures from the classic films, which leap out of huge eggs and attach themselves to the faces of unsuspecting space explorers and implant baby aliens in them. 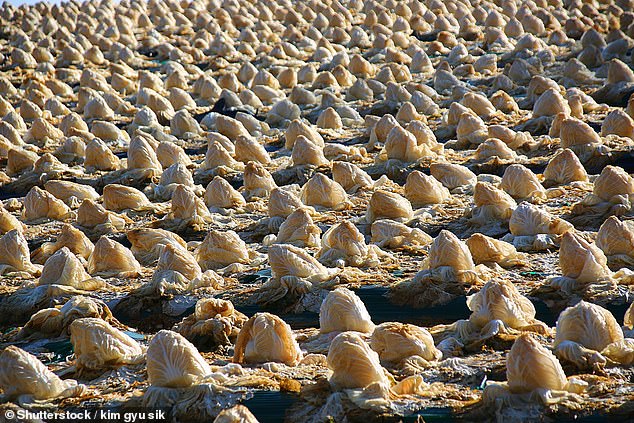 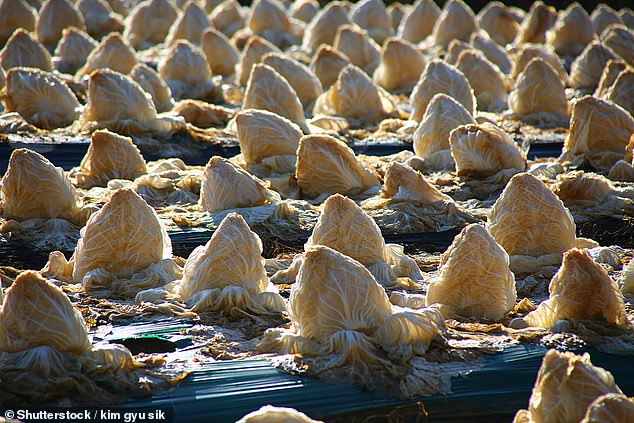 This is a regular sight in some rural regions, but can be a little disconcerting to city dwellers

They come to resemble the bloodcurdling eggs when moisture inside the cabbage freezes and the outer leaves die.

It’s a regular sight in some rural regions, but can be a little disconcerting to city dwellers.

In fact, images of the egg-cabbages have recently gone viral after a farmer in Japan posted them to Twitter. 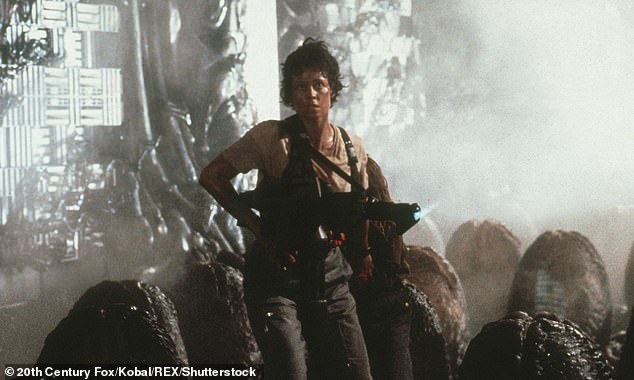 ‘When I first saw it, I was really scared,’ one Twitter user said.

‘I don’t know if this is normal or not, but it’s really disgusting,’ a third wrote.

The cabbage – called hakusai in Japan – is a staple in winter months and used in stir-fries.

The facehuggers are one of the most spine-chilling creatures in the Alien franchise, which made an international star of Sigourney Weaver, who plays heroine Ellen Ripley. 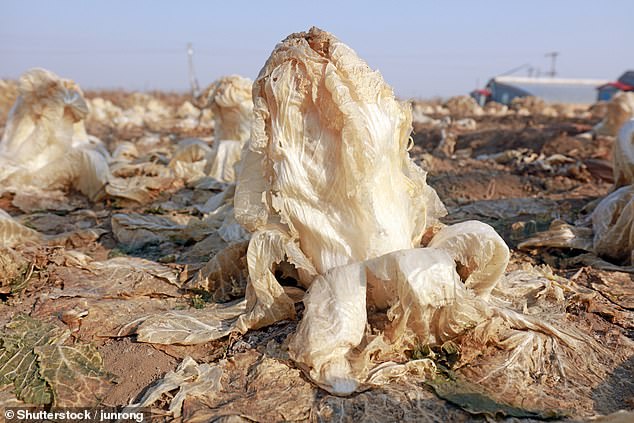