But on a recent trip back from Italy, a cabin crew member decided to take matters into his own hands with a full rendition of Britney Spear's Toxic dance routine. 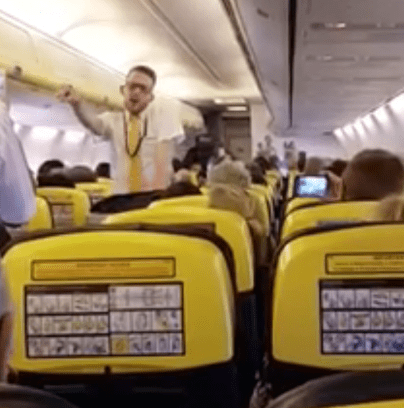 The flight attendant wowed passengers on a flight back from Genoa to Bournemouth last Saturday evening.

In a video taken by a passenger on board that has been shared exclusively with Sun Online Travel the crew member, known simply as Paolo, struts his way down the aisle as Britney blares over the speakers to whoops from the passengers.

The passenger who filmed the video told us: "It was after all of the refreshments had been served, not long before landing.

"Then they announced over the speakers that we were going to be treated to some in-flight entertainment." 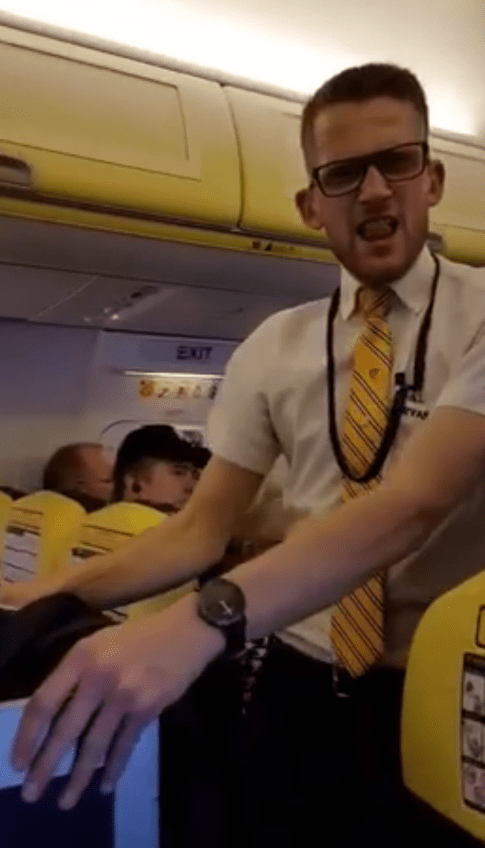 She continued: "I couldn't believe it, this isn't the kind of thing you see first hand – it's the type of thing that you watch on the internet.

"Everyone loved it though, all of the passengers clapped at the end."

This isn't the first time that a cabin crew member has attempted to copy Britney's plane-themed music video, which sees the star walking down the aisle in a futuristic bright blue uniform and talking on the phone to the captain.

The video, which was filmed on an Airbus A330, was seen more than nine million times on Facebook within days of being uploaded.

The CEO of AirAsia was so impressed with the clip that he reposted it on his own Instagram page.

They aren't the only inventive crew members though – in August last year, flight attendants ran a "toilet paper race" to help pass time on a delayed flight.

To pass the time on a four-hour flight from North Carolina to Colorado, the crew started a competition between the two sides of the aircraft.

They divided the passengers into two teams and held a “toilet paper race”.