A RYANAIR passenger screamed "I'll slap you around" during a fight on board a flight following a four-hour delay.

The incident was captured on camera by passenger Sakib Ahmed during a three-hour flight to Malaga. 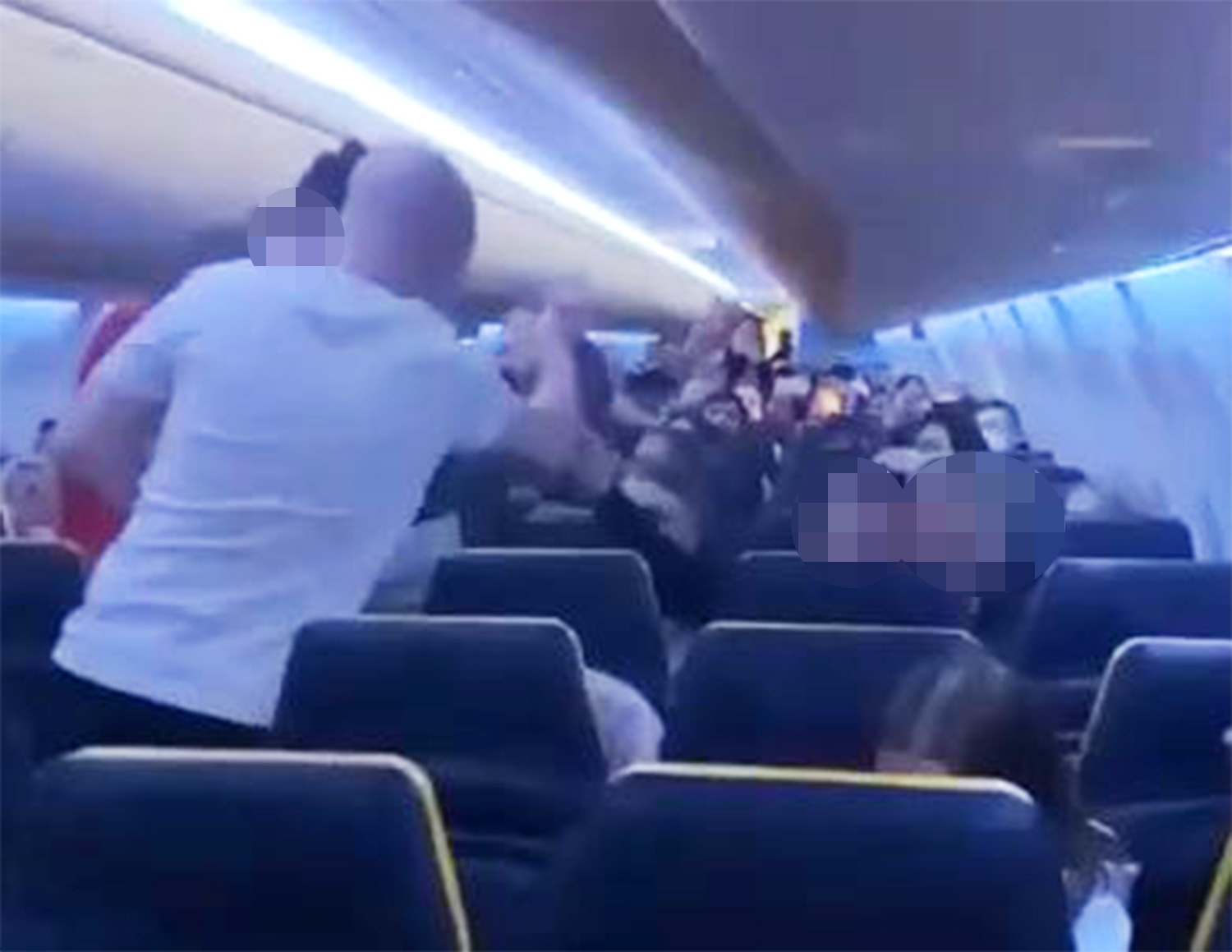 The London Stansted flight departed on February 7, after being delayed for four hours due to an Air Traffic Control strike.

In the video, a fight appears to break out between four men, three of which are sitting in a row of seats.

The man standing up points appears to hit one of the male passengers while a woman stands between them.

He says "I'll slap you around" to the group while she replies "You're better than this." 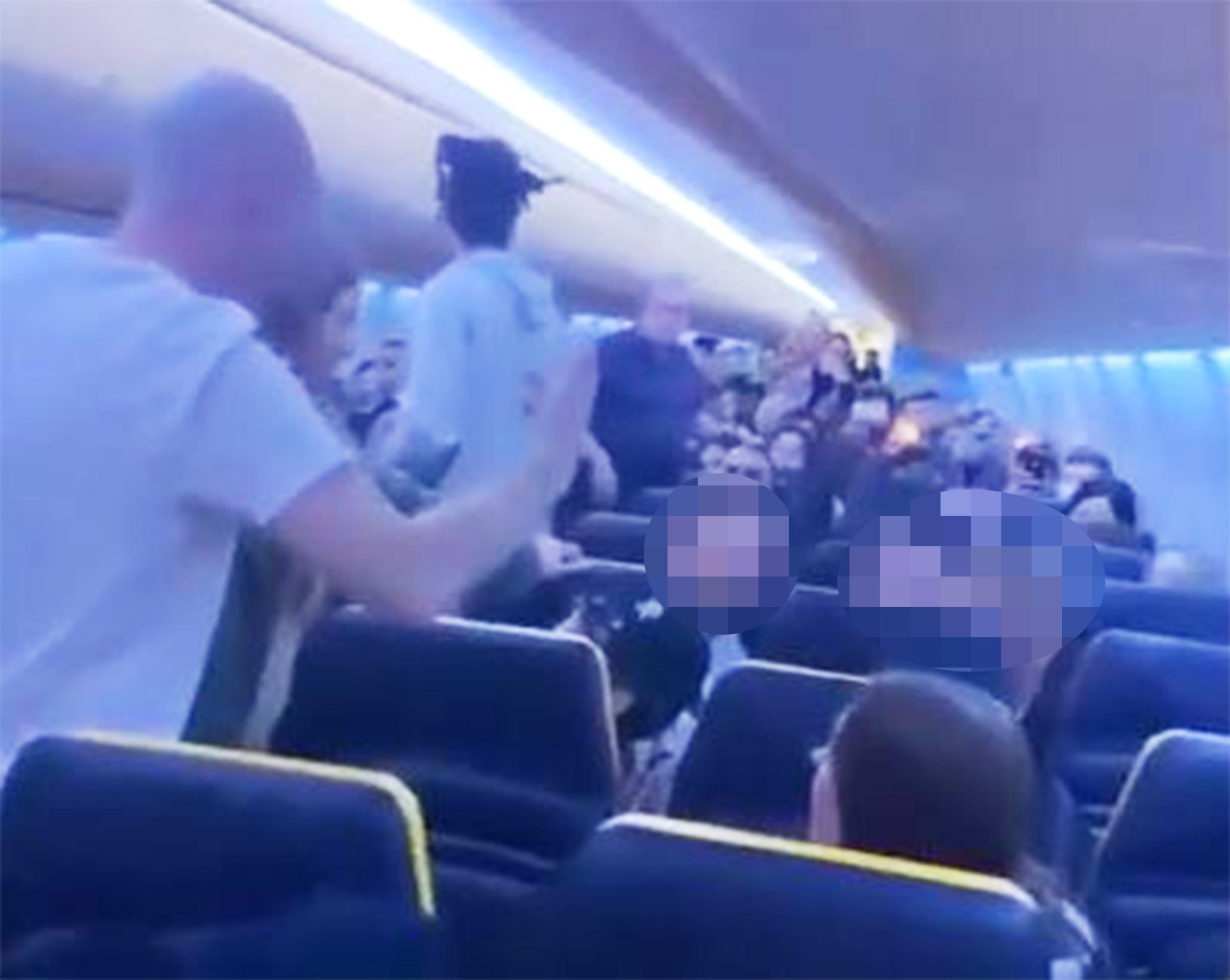 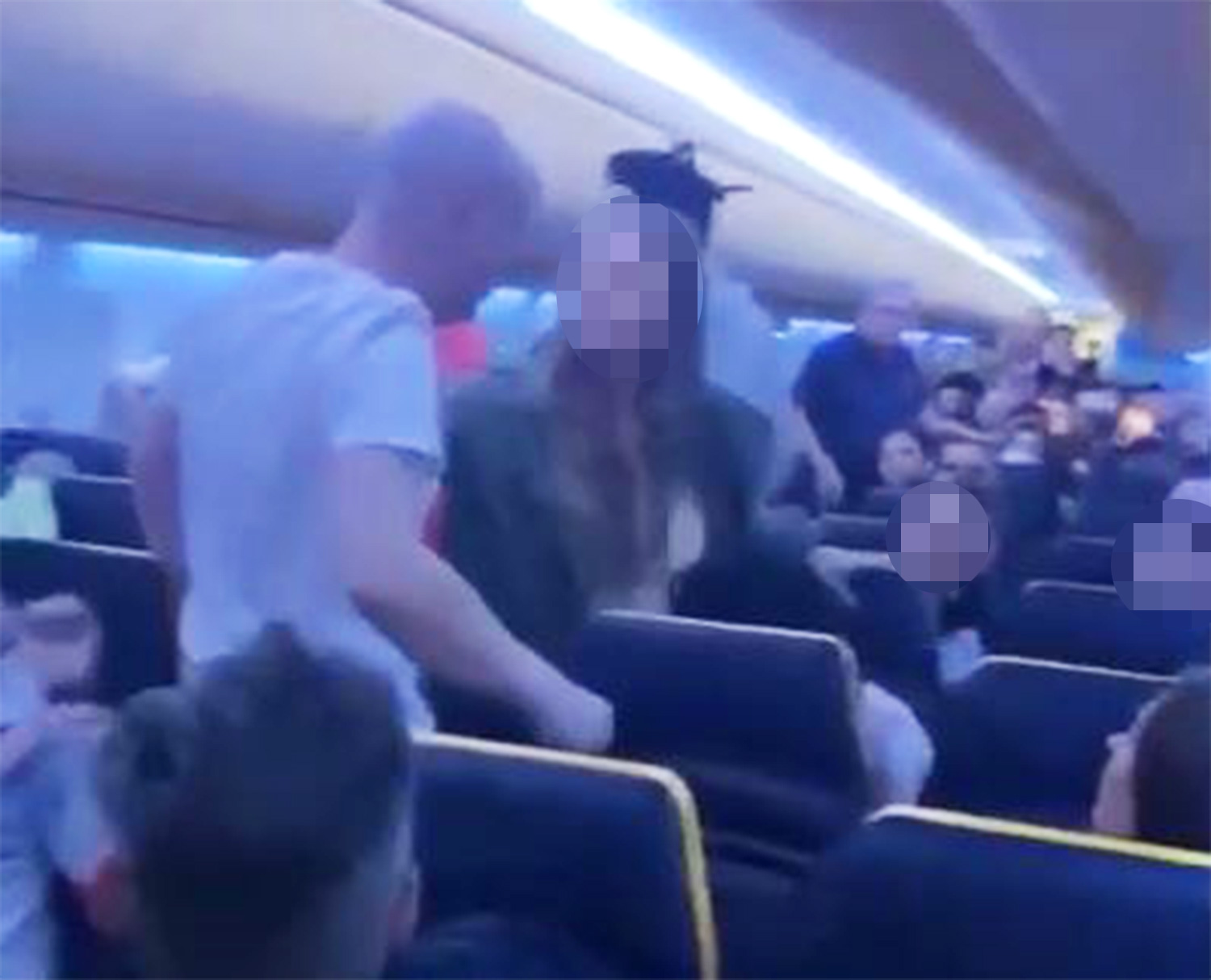 The video was shared on Twitter and has been viewed more than 1,000 times since.

They added: "It kicked off every 30 mins in the flight after a four hour delay already it was a three hour flight but I felt like a direct flight from London to Australia."

Sakib explained that after news of further delays from the cockpit of the plane, the atmosphere on board was "a lot more angry" as tensions rose.