Ryanair has insisted its schedules will not be affected by the global grounding of the Boeing 737 Max jet.

The aircraft has been ordered not to fly by the plane manufacturer following a fatal crash in Ethiopia on Sunday. 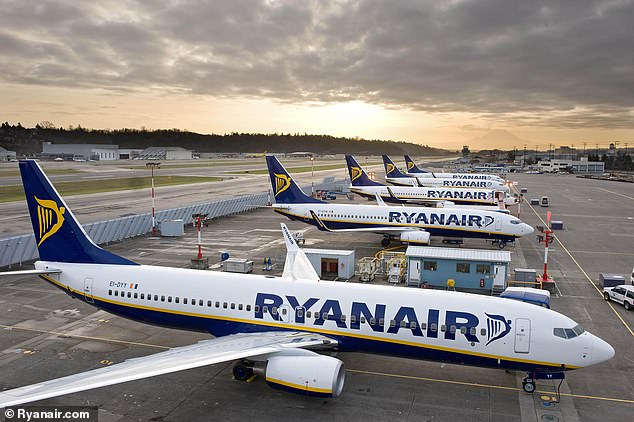 Ryanair has insisted its schedules will not be affected by the global grounding of the Boeing 737 Max jet, which it is due to take delivery of next month. Pictured are the airline’s current Boeing 737s

It is due to take delivery of the first in April, two in May, two in June and then 50 more before the 2020 summer season.

But Juliusz Komorek, the no-frills airline’s chief legal and regulatory officer told a press conference in Warsaw: ‘There is no risk for Ryanair’s summer programme.

‘Our fleet of 450 planes includes a lot of emergency planes, which are located strategically.’

He also said it was too early to say if Ryanair would try to cancel its order.

The Ethiopian Airlines flight that crashed on Sunday saw 157 people killed shortly after it took off from Addis Ababa en-route to Nairobi.

A Lion Air flight on a 737 Max 8 also crashed in October in Indonesia, taking the lives of its 189 passengers and crew. 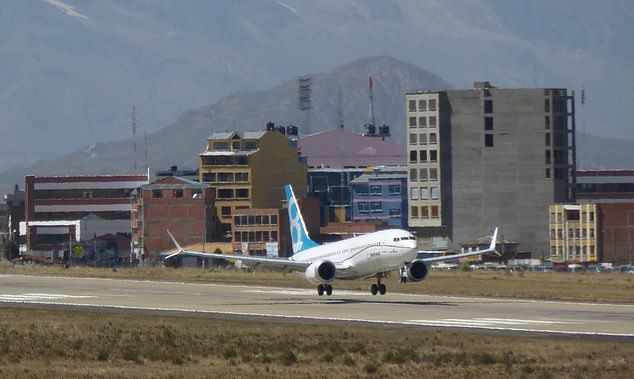 A Boeing 737 Max 8 aircraft takes off from La Paz airport during a test flight. The entire global fleet has been grounded

Both planes struggled to maintain altitude in the minutes after takeoff.

More than 40 countries, including the U.S., have now grounded the planes or refused to let them into their airspace. Boeing has also told airlines to stop flying the planes.

It was announced yesterday by the American Federal Aviation Administration that the aircraft would be grounded until at least May.

This would give time for a software update to be tested and installed on the 737 Max.

In a statement, president, CEO and chairman of the Boeing Company, Dennis Muilenburg, said of the grounding: ‘We are supporting this proactive step out of an abundance of caution. Safety is a core value at Boeing for as long as we have been building airplanes; and it always will be.

‘There is no greater priority for our company and our industry. We are doing everything we can to understand the cause of the accidents in partnership with the investigators, deploy safety enhancements and help ensure this does not happen again.’