That’s not the spirit of thoughtful travel.

Three Spirit Airlines employees suffered minor injuries after being attacked in a Florida airport by three passengers who were reportedly upset that their flight to Philadelphia was delayed.

Broward County Sheriff's Office (BCSO) deputies said that the three Philadelphia women became upset when their flight home was delayed, though it remains unclear exactly what sparked the brawl.

Video footage of the alleged melee hit Twitter on Wednesday, in a clip that has since been viewed 1.3 million times. 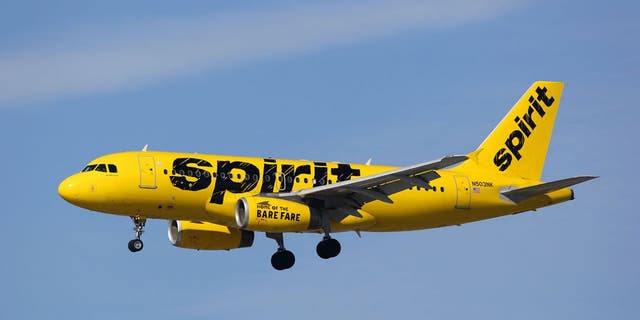 The employees sustained “minor injuries” from the fallout, which began when the customers “became combative following a delayed flight,” Spirit said.
(iStock)

The employees sustained “minor injuries” from the fallout, which began when the customers “became combative following a delayed flight,” Spirit said.

Wright also faces an additional charge of petit theft for allegedly taking one of the employee’s phones.

The three women were transported to Broward County Jail, and released on bond Wednesday morning, the outlet reported. The Spirit customers declined to offer comment, beyond disclosing that they were trying to get back to Philadelphia.

In a statement shared with WPLG, the low-cost carrier thanked their employees involved for their “professionalism and quick actions” in breaking up the brawl.

“We thank our Team Members for their professionalism and quick actions, and we also thank the Broward Sheriff’s Office for their assistance at the Fort Lauderdale-Hollywood International Airport yesterday,” Spirit said on Wednesday. “Three Guests became combative following a delayed flight, and they were arrested for physically assaulting our Team Members. Three of our Team Members sustained minor injuries.”

“This violent behavior is completely unacceptable and has absolutely no place in airports or any other place of business. We will not tolerate abusive behavior of any kind. Further questions about this incident should be referred to law enforcement.”

The BCSO said that an investigation into the incident is ongoing and that the trio could face additional charges.

A spokesperson for Spirit was not immediately available to offer further comment.