For the past 62 days, that’s all Hassan has been able to do – the airport has become his home after his passport was taken away from him when he refused to fight in the Syrian civil war. 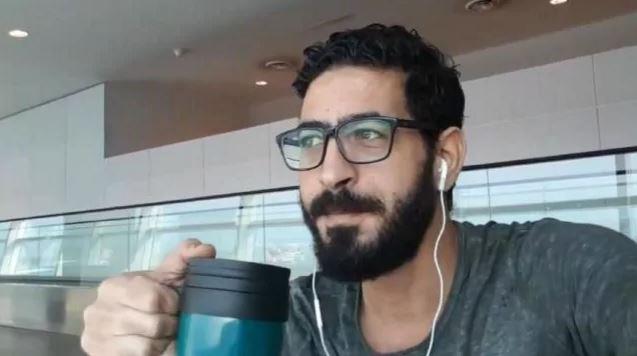 The stranded 36-year-old, who works in insurance marketing, spends most of his time in terminal two. He sleeps under staircases and showers in the public bathrooms — after midnight, when fewer people are around.

He relies on supplies from airport staff, and his only meals are packets of rice and chicken from a generous airline.

His savings are quickly running out, but occasionally he treats himself to McDonald’s at the airport food court.

Day in and day out, he watches, and waits. He often goes on Twitter to give updates on his hopeless story to whoever will pay attention. 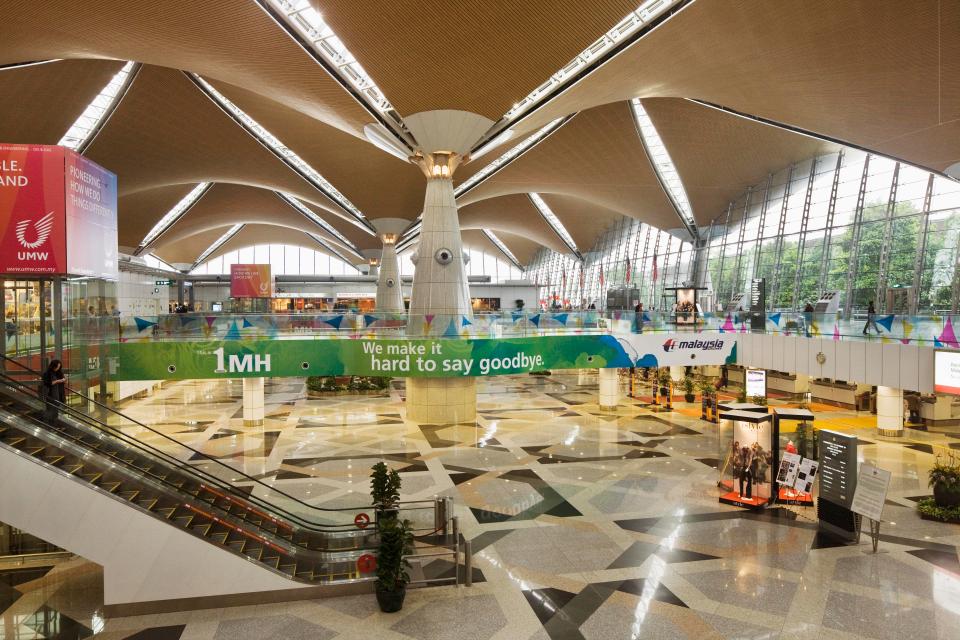 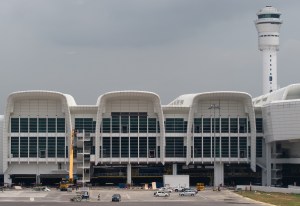 Hassan, a Syrian man who has spent the past decade in the United Arab Emirates, is in bureaucratic limbo. He lost his passport when he refused to fight in Syria’s brutal civil war, so Malaysia won’t let him leave the airport, and airlines won’t fly him out.

He told Canada’s CBC News: “Unfortunately for Syrians, it’s impossible to [get] a visa to anywhere, so I’m stuck here.”

Hassan had already left Syria by the time civil war broke out in 2011. By then, the young man from Dama, south of Damascus, was working as an insurance marketing manager in the United Arab Emirates.

Eventually, he was summoned for military service in Syria, which he had no interest in, so he refused. 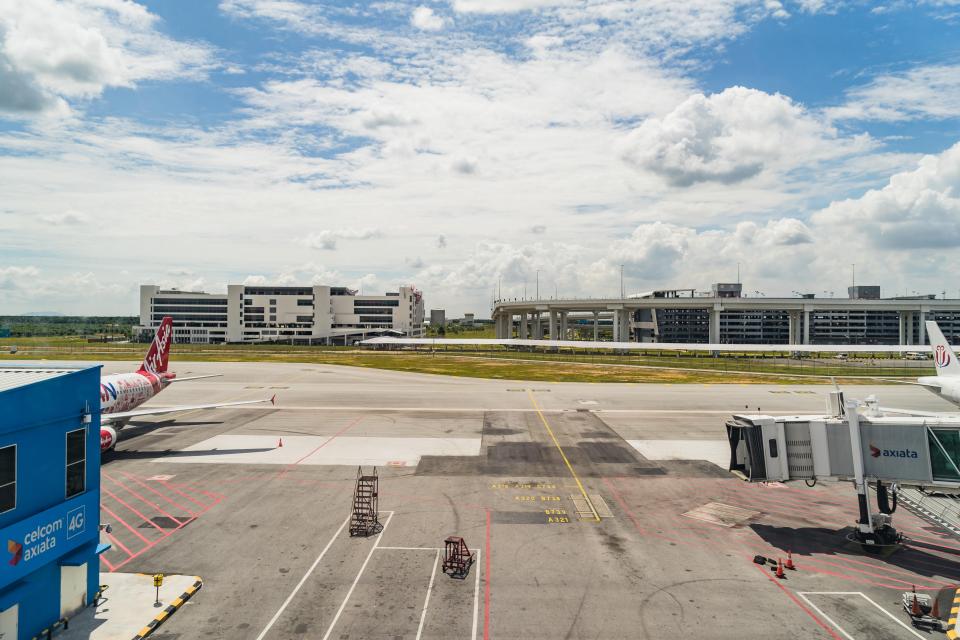 He later told the BBC: “I don’t consider it right to participate in war."

But his refusal prompted the Syrian embassy in the UAE to decline a renewal of his passport in 2012.

Without a passport, Hassan couldn’t renew his work permit either, so he also lost that, along with his job.

He went into hiding in the UAE for six years, until he was detained by authorities and sent to Malaysia with a three-month work permit.

After three months, Hassan tried to fly to Ecuador, which allows Syrian nationals to enter visa-free.

He said: “I saved up enough money to buy a plane ticket on Turkish Airways. But for some reason, they did not allow me on the flight and I found myself back at square one."

He said he was fined for “overstaying” in Malaysia and was “black-listed” — meaning he couldn’t legally enter the country. 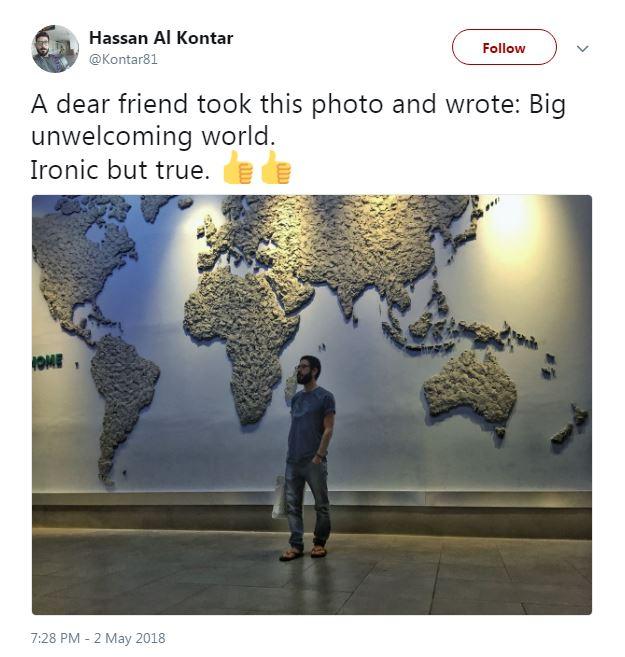 Hassan then tried to go to Cambodia, which also let Syrians obtain a visa on arrival, but was refused entry.

He was flown back to Kuala Lumpur on March 7, and has been stuck at the airport ever since.

During his two months at Kuala Lumpur International Airport, Hassan has documented his plight on Twitter, with his feed becoming a kind of diary of his bizarre situation.

He has shared words of hope, humour, peace, fear, frustration and hopelessness, along with photos from his terminal two home, and video diaries, many in English.

He said he didn’t like people dwelling on his unusual living conditions but it’s hard to not be captivated by his insights into daily life at the airport. Some days have been harder than others.

He said in a video from March 23: “I am just counting days here, with no hope." 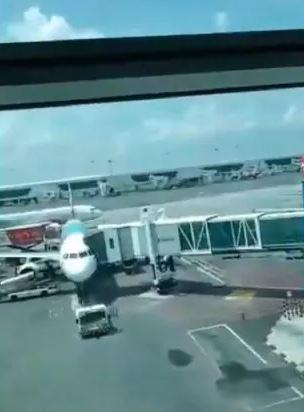 “I don’t know why I keep doing these videos; maybe somewhere deep inside my feelings or my heart I need someone who cares, someone who may [be] able to help, [but] somewhere I know it’s hopeless. It’s a false hope.

“I don’t know what to do. It seems like it will be my home for a while.

During the video, he was interrupted by chimes signalling an announcement over the airport PA system.

He said: “This sound, I swear — I hate this sound. It’s everywhere, day and night.”

In a more recent video, he said his mum had seen him being interviewed on TV and told him she didn’t like his longer beard and haircut.

Hassan acknowledged there were Syrian refugees in greater peril, but his situation reflected a humanitarian crisis.

He said: “The minute the Turkish [airline] cancelled my ticket and did not allow me to board, it was not because of me, Hassan, it was because of my nationality.

“From that point, it became a general problem, not a personal one.”

When he started talking about his story on Twitter, Hassan tagged in people who could possibly help: major media outlets, politicians, and even the actor Tom Hanks, who starred in The Terminal — a film inspired by the real-life story of Mehran Karimi Nasseri, another man who lived in an airport.

Recently, Hassan found a bit more to hope for.

The United Nations Refugee Agency has been in touch with him and has been working to get Malaysian officials to review his situation.

But the most hope is coming from a perhaps unlikely source: a group of residents in Whistler, Canada.

Canadian woman Laurie Cooper told CBC she came across Hassan's story on Twitter and began to send him money for food. She also began looking into his options.

Hassan has been posting regular updates on life at the airport.

Laurie said: “Originally we were just trying to find a safe place for him to go."

“But when we started researching his options, there really weren’t any good [ones] and it occurred to us that probably the simplest thing to do was to sponsor him to come here.” 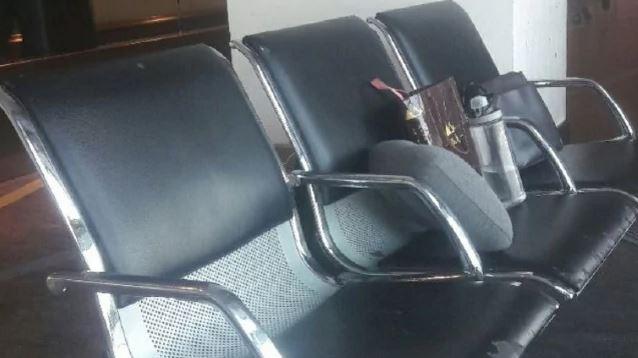 Now, Laurie and some friends have raised enough money to sponsor Hassan and have set him up with a job and accommodation in Whistler — if they can get him there.

They’ve sent a request to the Canadian immigration minister, asking him to allow Hassan to travel to Canada while his application for a temporary resident permit is processed.

In the meantime, Hassan is still at terminal two at Kuala Lumpur airport, waiting for news on the application from his new Canadian friends (“my own real Avengers,” he called them).

He is also urging his followers to contact the Canadian immigration office and support his bid to secure a new home — an infinitely better home — in Canada.

This article has been reproduced with permission from News.com.au.

Sun Online Travel previously reported that Norwegian Air stranded hundreds of passengers at Gatwick Airport for 22 hours – with police called in to calm the situation.