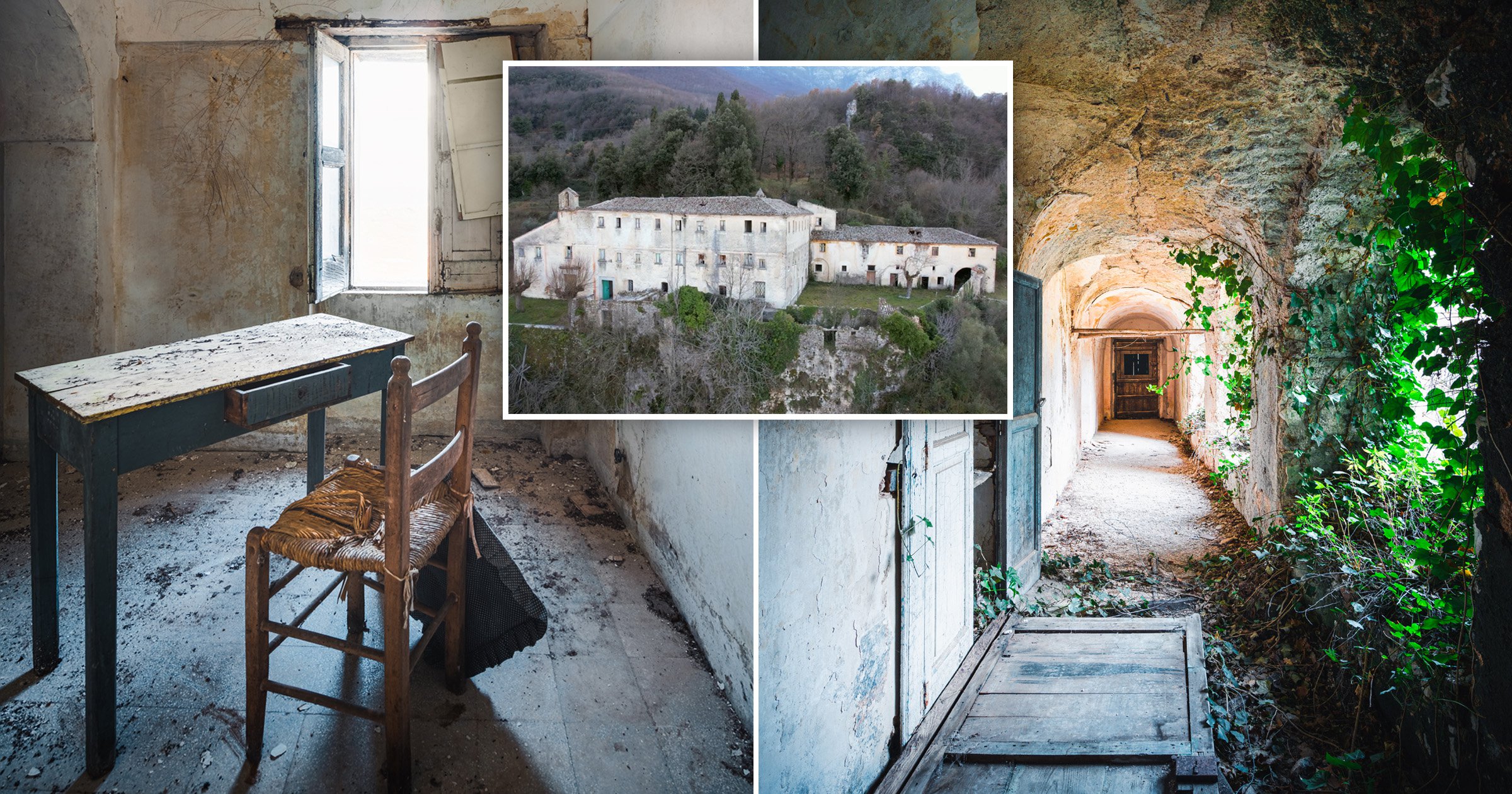 If ghosts don’t scare you, would you take a trip to this eerie monastery – which is rumoured to be haunted by a ‘phantom monk’?

The venue has a terrifying past that’s shrouded in folk tales and rumoured sightings of a cursed monk who stalks the property.

Roman chose it as his next place to snap some photographs – and the results are stunning.

One shows an ageing wicker chair sat in front of a dirty blue desk, with the room filled with rubble and broken shutters swinging off the windows.

In another, ivy and nettles creep into a crumbling walkway.

Dubbed ‘The Convent of the Devil’s Monks’, this decaying monastery was a dream discovery for 34-year-old Roman – who has spent a decade travelling the world exploring abandoned buildings suspended in time.

With a love for architecture, history and photography, Roman loves to learn about the past of these buildings and how this affects the culture of these places today.

While on a recent trip, Roman and his fellow photographer Sven van der Wal discovered the convent.

There are many deserted buildings and monasteries like this in Italy, but this one is special – due to its fascinating history.

The sinister reputation of ‘The Covent of the Devil’s Monks’ dates back to the 1600s, which was a difficult time for Italy and most of Europe.

Spanish occupants were oppressing the locals – plus danger and disease were rife.

Roman says: ‘In those years, a wandering man found himself at the convent’s doorstep asking for hospitality and the monks were happy to have the man – on the condition he would join them.

‘However, he quickly fell into his old habits and soon became infatuated with a local girl.’

The monks then found out about the relationship, Roman says, and punished the girl.

He adds: ‘They burned her alive as she was accused of being a witch and the man was pardoned back into the convent as long as he promised to commit to a life of monastic chastity.’

However, the man couldn’t cope with the grief, ‘as the pain was too much for him to bear, it consumed him to death and with his last breath, he cursed the convent and everyone in it,’ Roman says.

‘One by one, the monks died horrible deaths and, eventually, everyone left – never to come back.

‘The spirit still lurks around the dark, shady corridors and empty hallways, as well as the decaying surroundings of the monastery.’

Despite the haunted reputation, the convent thrived until the 20th century, then functioned as a school and college until 1973.

‘It’s possible to see vegetation soaring through the building, as well as several acts of vandalism.

‘With all the legend surrounding this place, I’d imagine this would be a popular hangout for young thrill-seekers.’