But after the rescue mission, it has now become a popular tourist spot since the cave reopened on November 16 and has since received thousands of visitors. 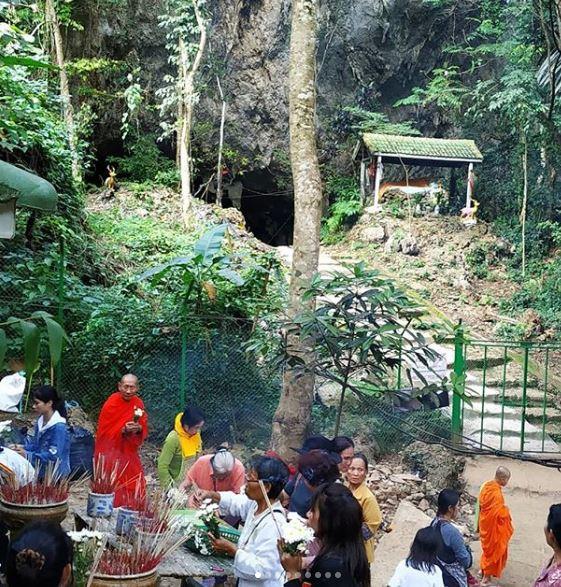 More than 100 souvenir stalls have set up on the roads that lead to the park to sell gifts, T-shirts, and food to tourists.

While the Tham Luang cave is not open to the public, it is viewable through a chain-link fence, and visitors can still explore the other caves – Buddha, Naga, and Chamois.

The football team who were trapped in the cave were stuck there in June and July this year, during the rainy season in Chiang Rai.

A local tour operator told the BBC that the caves shouldn’t be attempted to be climbed outside of the months of November and April for this reason, however between these months the caves are safe. 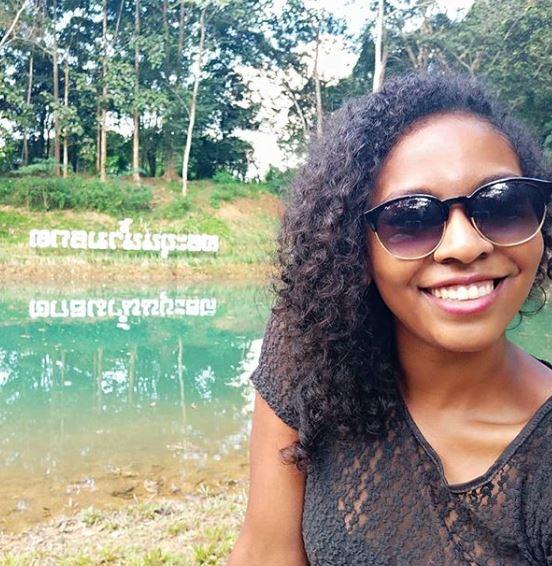 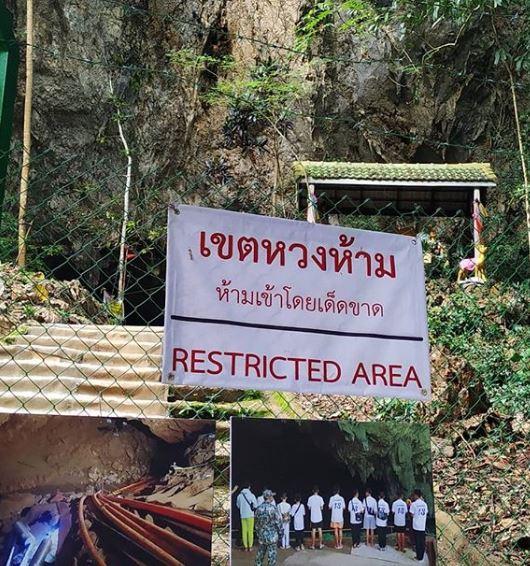 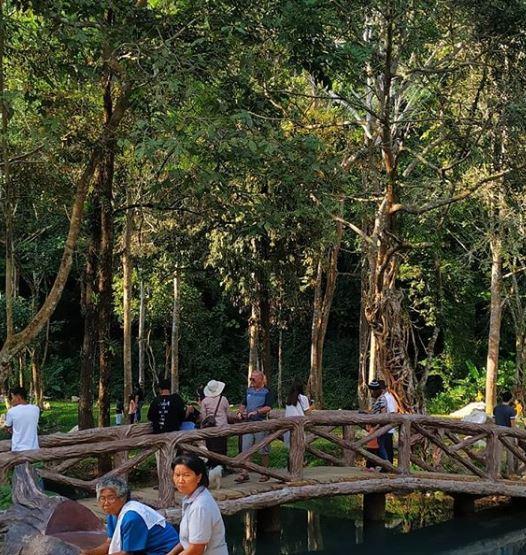 Vipa Romaneechutima, who sells lottery tickets near the entrance to the cave, told The Guardian: “This is an amazing thing that has happened for the people in this area

“People tried to make Tham Luang a tourist attraction before, many times, but it never became popular. Now it is famous all over the world because of the boys saved from the cave.

“We are not just happy because of the money from tourists. We are also very proud people want to travel here to see our beautiful park. It is an honour for us.”

Following the re-opening of the park, crowds of people from all over the world laid flowers near the Tham Luang cave entrance and took selfies. 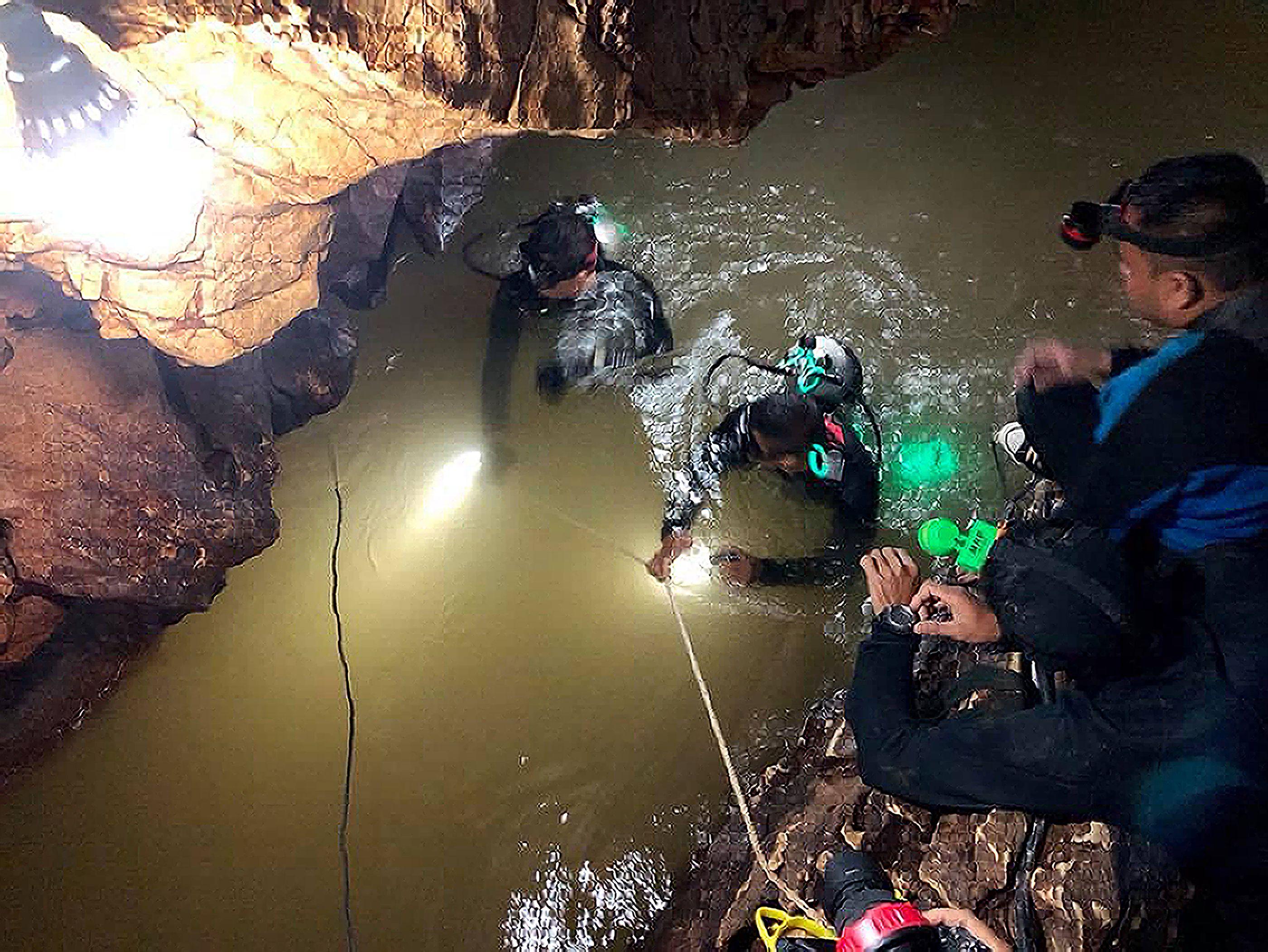 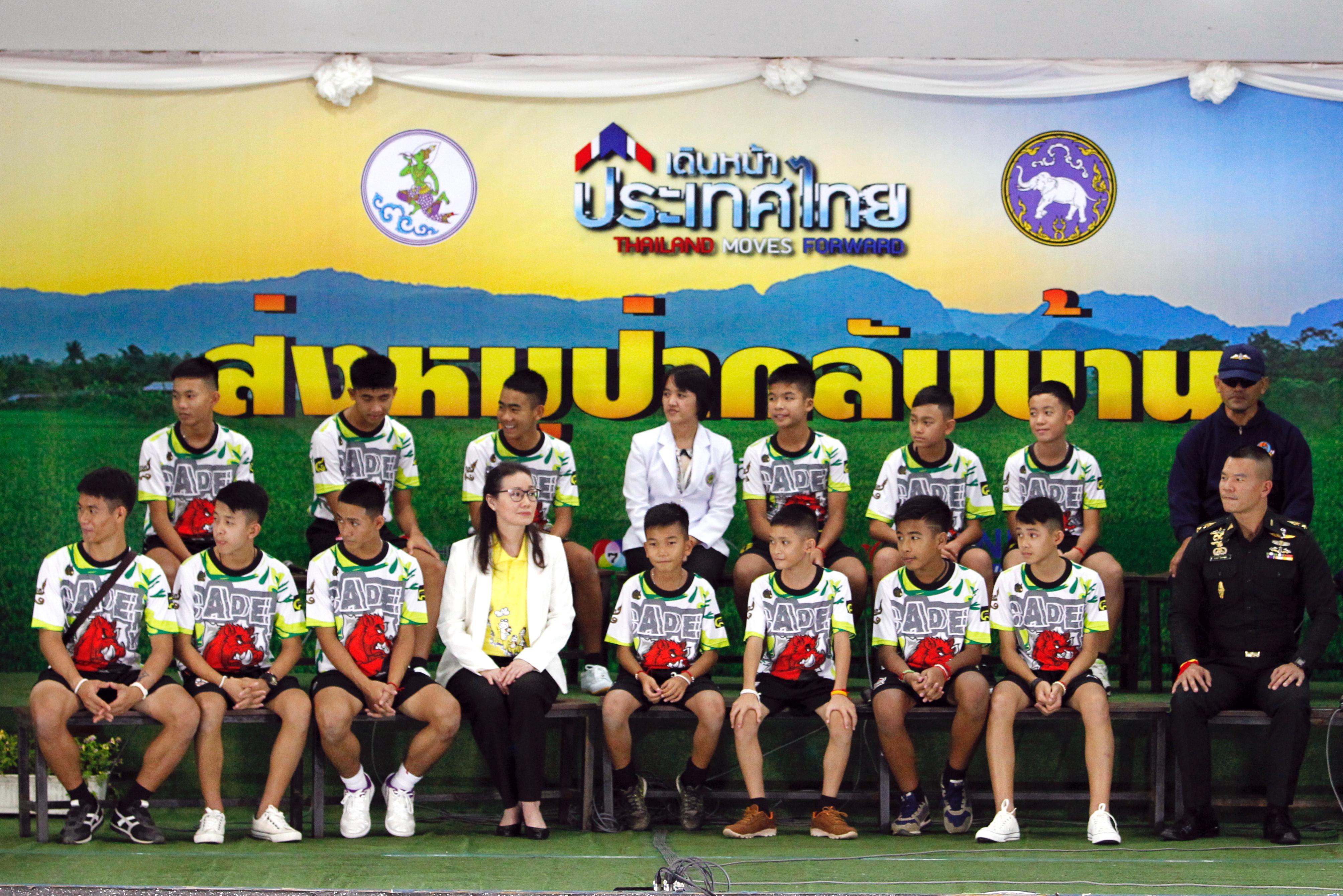 In attendance were John Deeney and with his wife from Scotland.

He said: “It was such an amazing thing that took place here and it feels special to be able to see it ourselves. I imagine this will become a huge tourist attraction now.”

More plans are underway to further the new tourist attraction like a museum to celebrate the rescue and commemorate the diver, Saman Gunan, who died during the rescue.

Even a tented resort is being built near the entry road to the park.

The local community is just as excited for the cave to be a tourist attraction. Local man Phisek Kemapusit spoke of the upcoming projects: “It could create more jobs for Mae Sai people, so tourists are very welcome here.

This story originally appeared of Fox News and was reproduced with permission.

Sun Online previously revealed that a naked Thai Lothario has seduced dozens of tourists and beds them in his cave on the island of Koh Phangan.