‘Hovering’ mountains, a mist-shrouded Manhattan Bridge and fighting stallions: The jaw-dropping images that have wowed the judges in an annual photography contest

Epic mountains that appear to be hovering in the sky. A mist-shrouded Manhattan Bridge. And battling stallions.

These are some of the incredible scenes captured in jaw-dropping photographs that have wowed the judges in the Moscow International Foto Awards (MIFA).

The contest, now in its seventh year, has been flooded with entries from photographers in over 100 countries, with the competition aiming to recognise and support emerging talent.

Among the other incredible entries that have impressed is a striking image of the Northern Lights over the Lofoten Islands in Norway, an aerial shot showing the changing seasons in the Czech Republic and a serene snap of a field of paepalanthus wildflowers in Brazil.

Hossein Farmani, founder and president of MIFA, said: ‘Now more than ever, photography has a crucial role to play, in telling the uncensored truth about what is happening on our planet whilst transposing us away into a world of possibility and imagination.’

Scroll down to see a selection of the mesmerising winning images… 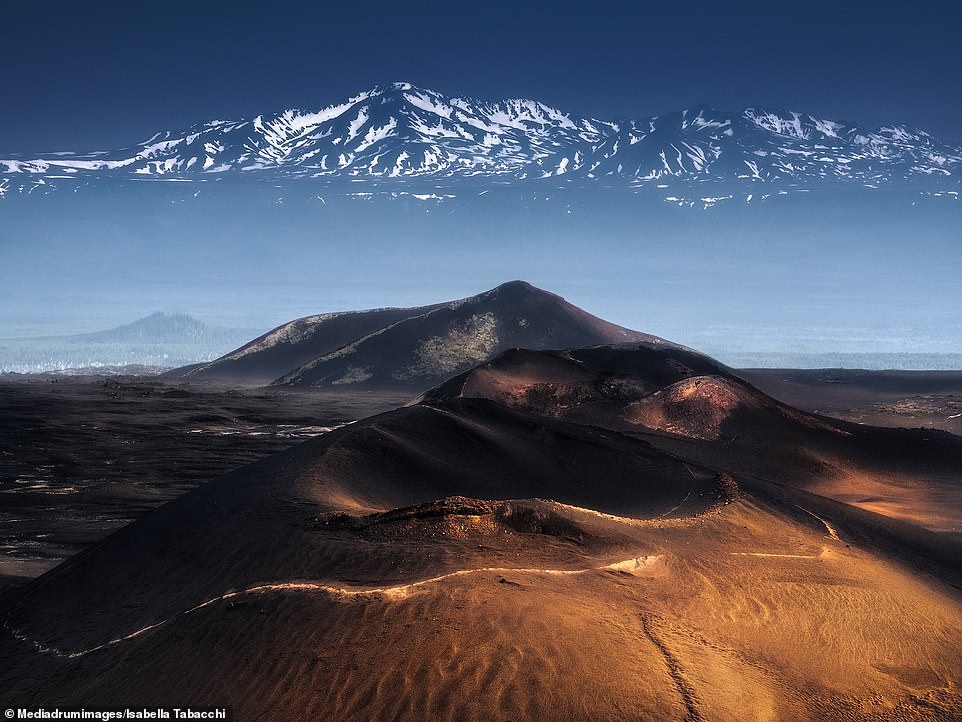 Italian photographer Isabella Tabacchi wins the prize of photographer of the year thanks to a series of images showing the stunning landscape of Russia’s Kamchatka Peninsula. This image shows the white-capped mountains appearing to hover in the sky above a foreboding volcanic foreground 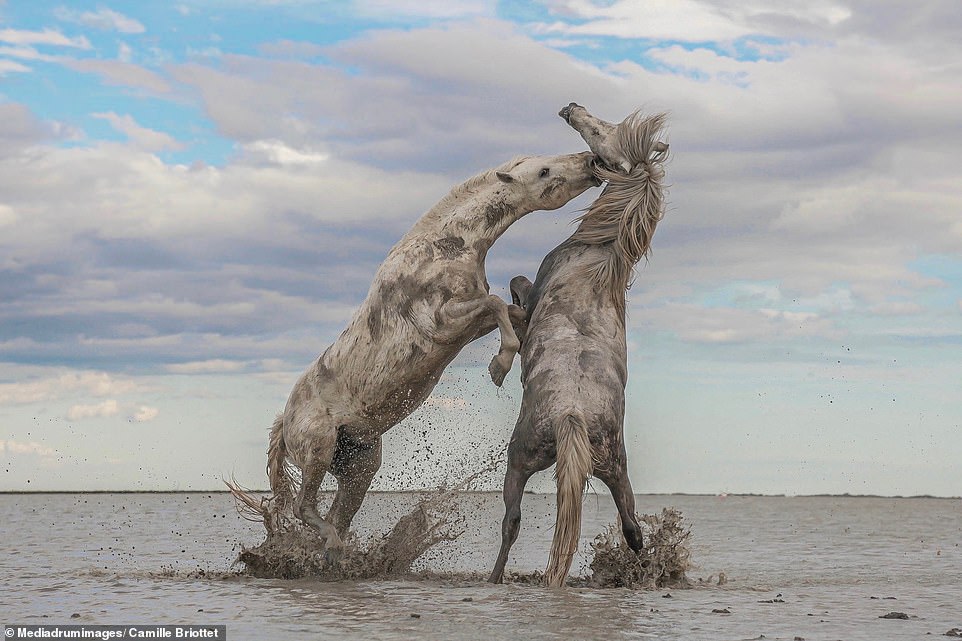 French photographer Camille Briottet captured this dramatic scene – two stallions embroiled in a battle in the Camargue region of France. The incredible image earns her a silver prize in the nature category 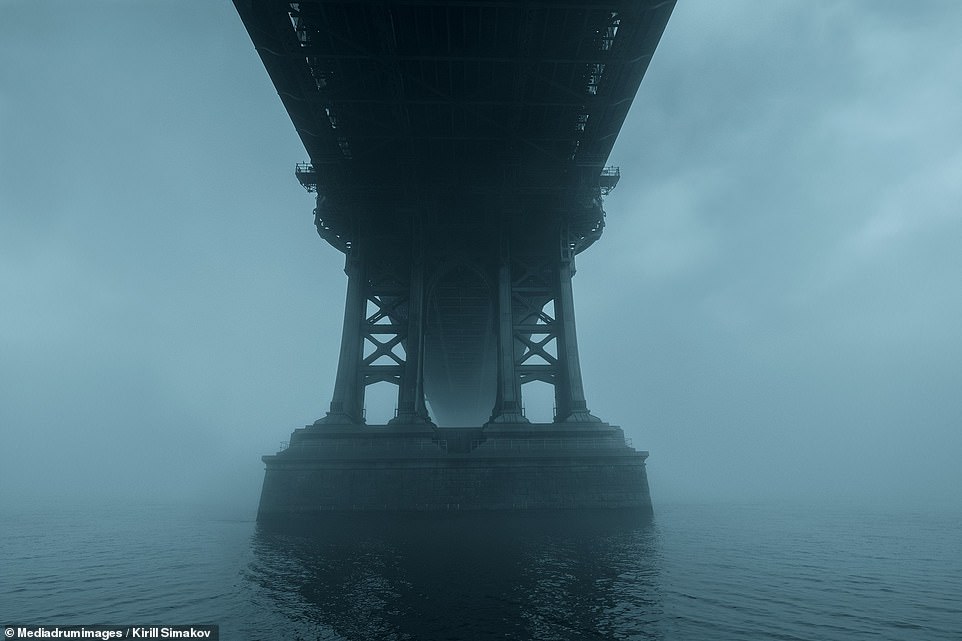 Kirill Simakov, from Russia, took this image of a mist-shrouded Manhattan Bridge on a foggy morning in New York. It earns him a bronze prize in the architecture/bridges category 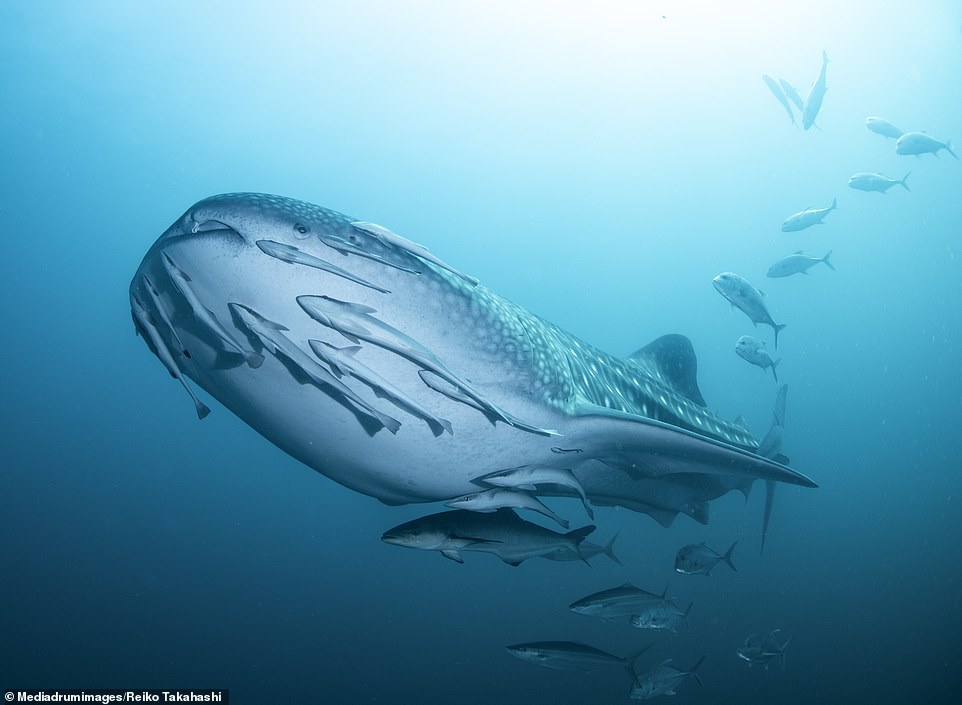 Japanese photographer Reiko Takahashi scoops a silver prize in the nature/underwater category for this incredible image of a whale shark she spotted at Richery Rock in Thailand. She said it reminded her of a UFO 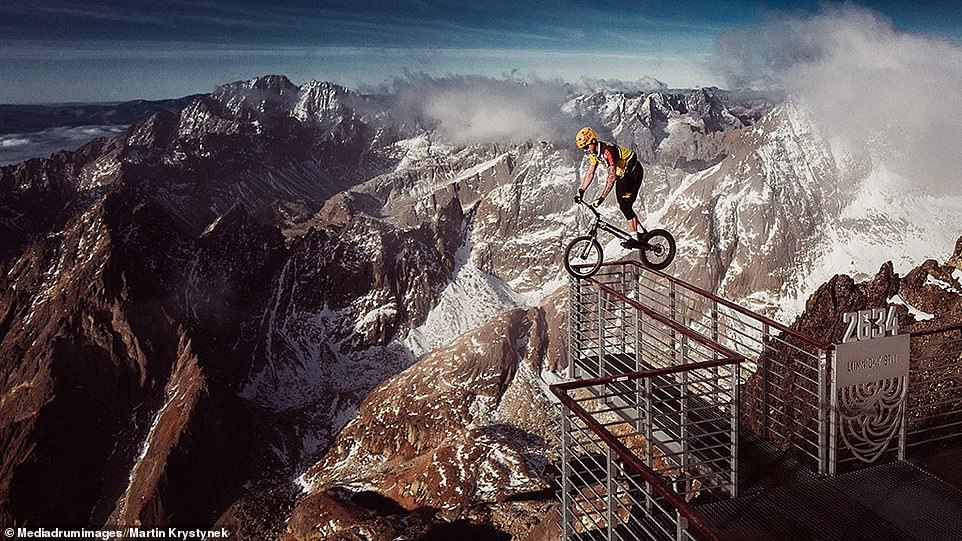 Martin Krystynek from Slovakia earns a silver prize in the events/sport category with this jaw-dropping image. It shows a BMX biker performing a trick at the summit of Lomnicky Stit, one of the highest peaks in the High Tatras mountains of Slovakia 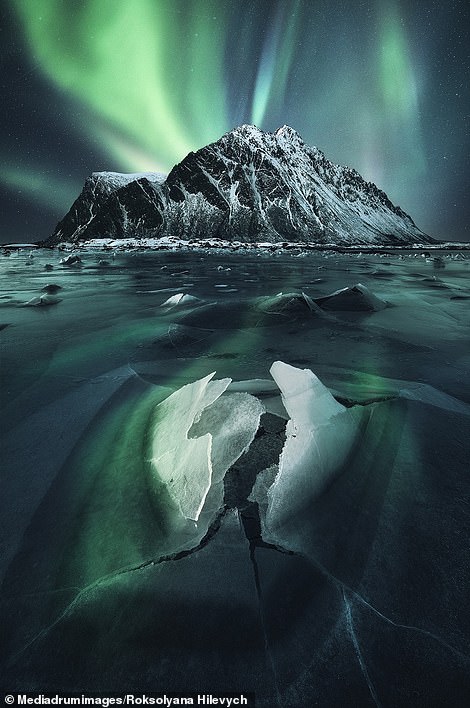 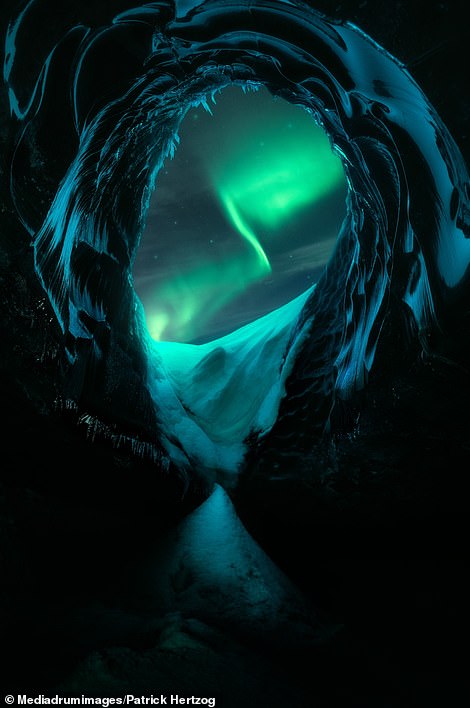 On the left is an amazing shot by Italian photographer Roksolyana Hilevych that she took near the island of Gimsøya in Norway’s Lofoten Islands. It is the winning image of the nature/landscape category. On the right is a stunning shot by French photographer Patrick Hertzog showing the ice caves under the Vatnajokull glacier on the south coast in Iceland. It is the runner-up in the nature category 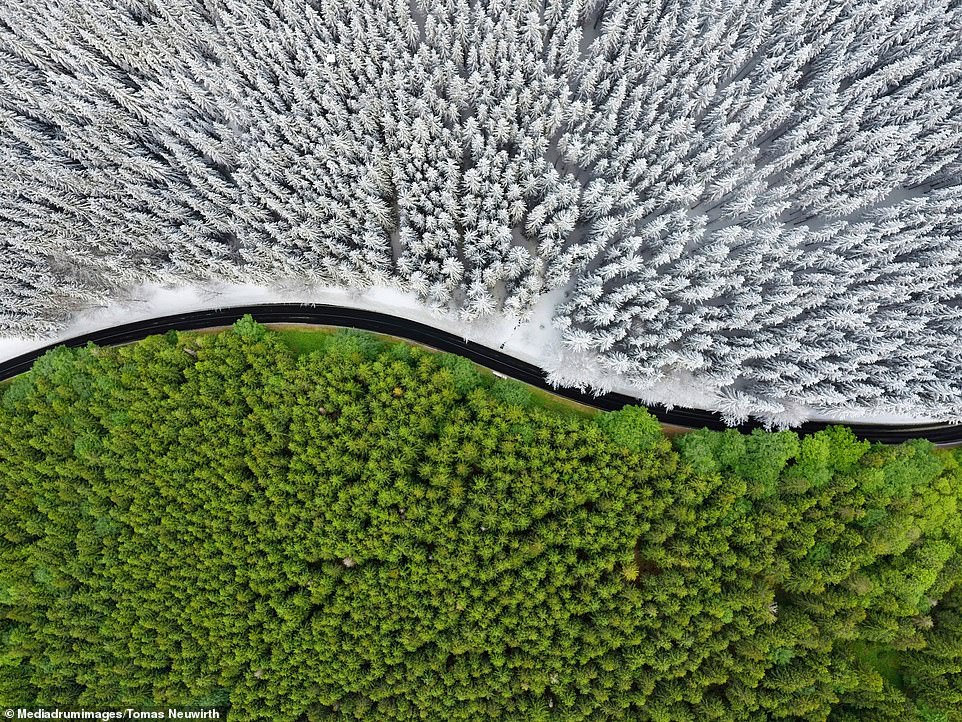 Tomas Neuwirth, from the Czech Republic, is given a gold prize in the fine art/collage category for this standout drone image called ‘Road Between Seasons’, created from the merging of photos taken over the same spot during strikingly different weather conditions in the Jesiniky Mountains, Czech Republic 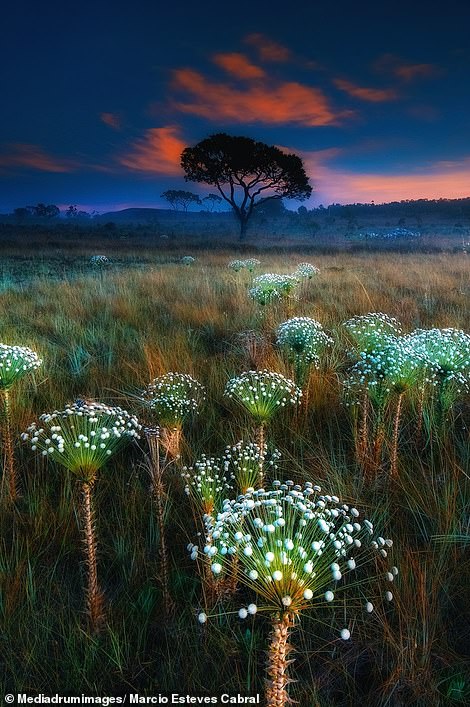 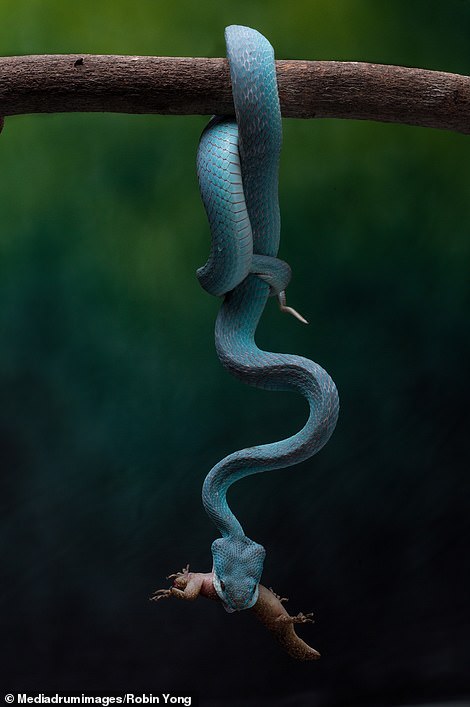 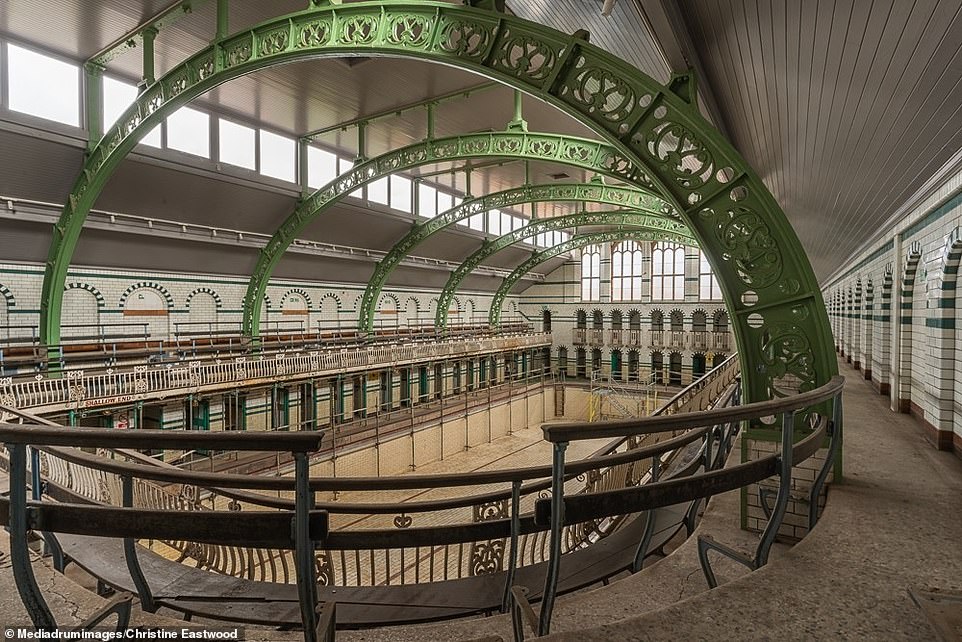 British photographer Christine Eastwood is awarded a bronze prize in the architecture/interiors category for this image, called ‘Brummy Baths’. It shows the interior of the Moseley Road Baths – an Edwardian swimming pool in Birmingham 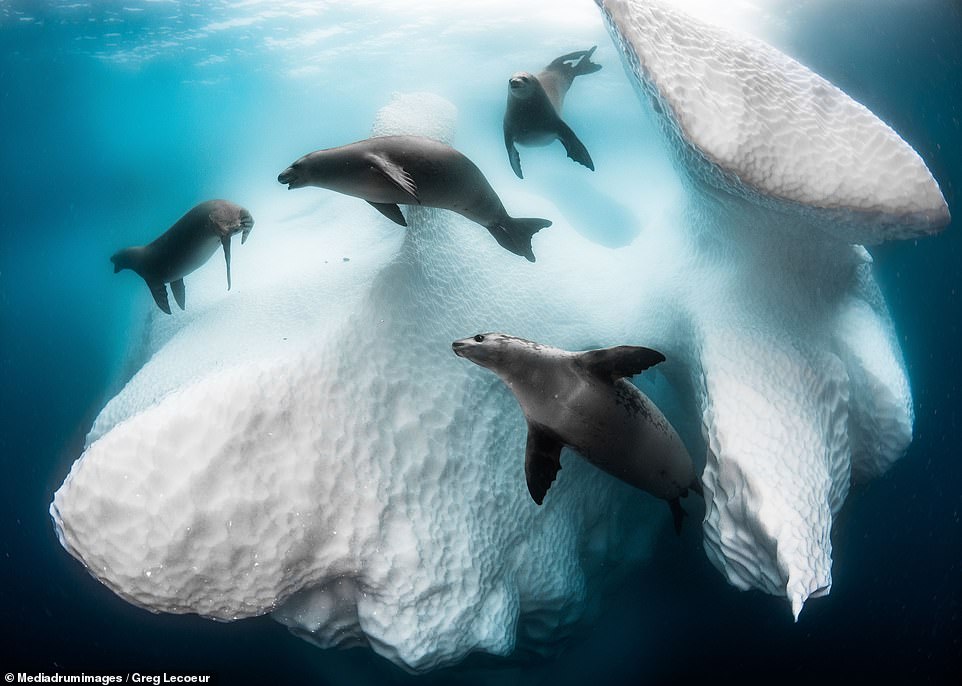 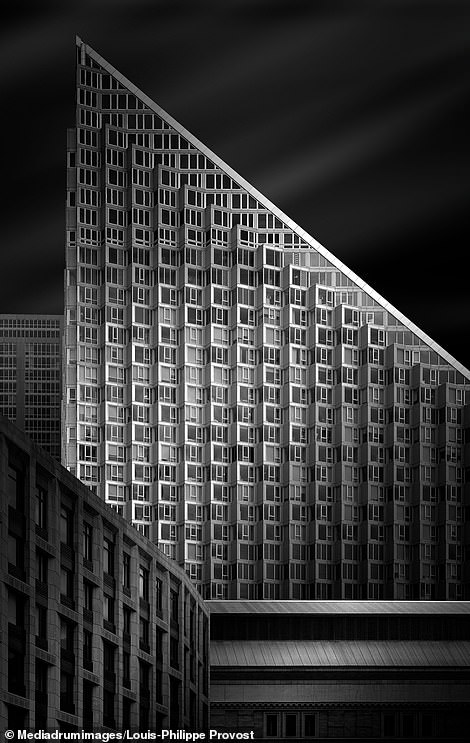 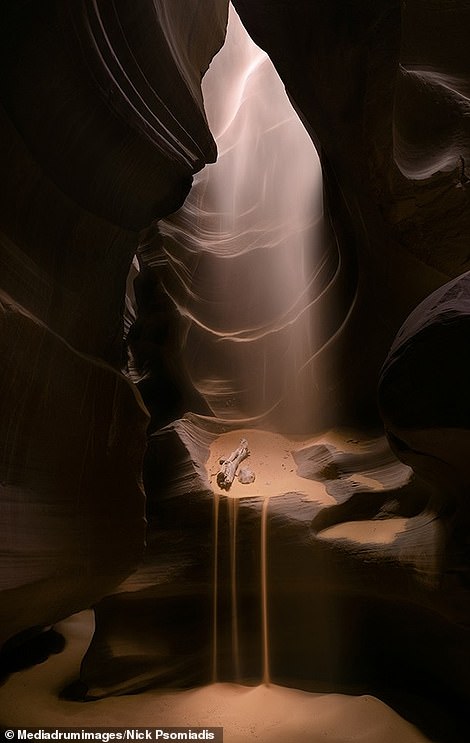 On the left is an image by Canadian photographer Louis-Philippe Provost, who earns a silver prize in the architecture/buildings category. It shows the facade of the Via 57 West building in New York. On the right is a scene in Antelope Canyon, Arizona, captured by Nick Psomiadis, from Australia. It earns him a bronze prize in the fine art/landscape category. He said: ‘I had the privilege of capturing this scene where the sand is seen falling from above. This was due to the strong winds blowing outside’ 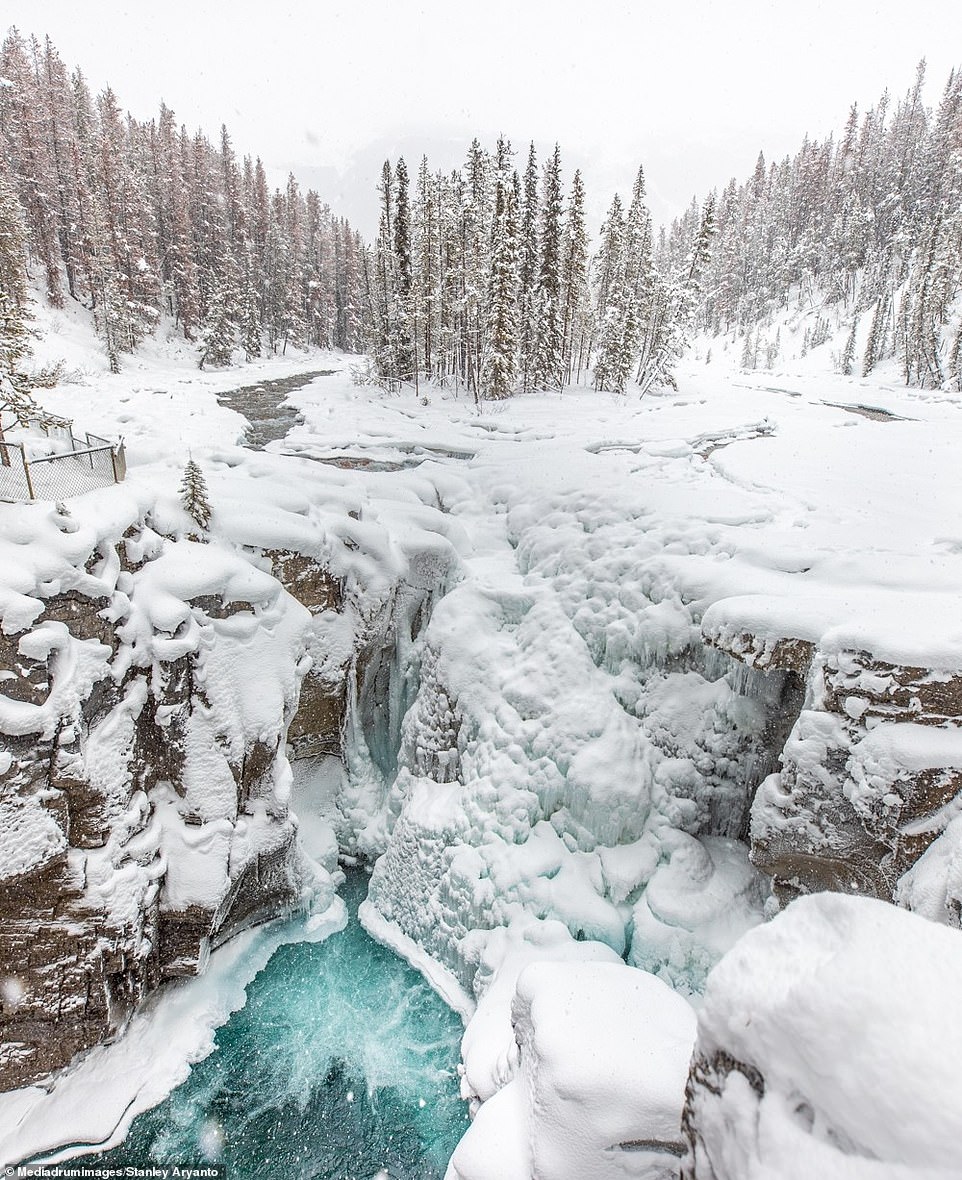 Australian photographer Stanley Aryanto captured this snowy scene at Sunwapta Falls in Alberta, Canada. The shot earns him a silver prize in the nature/seasons category 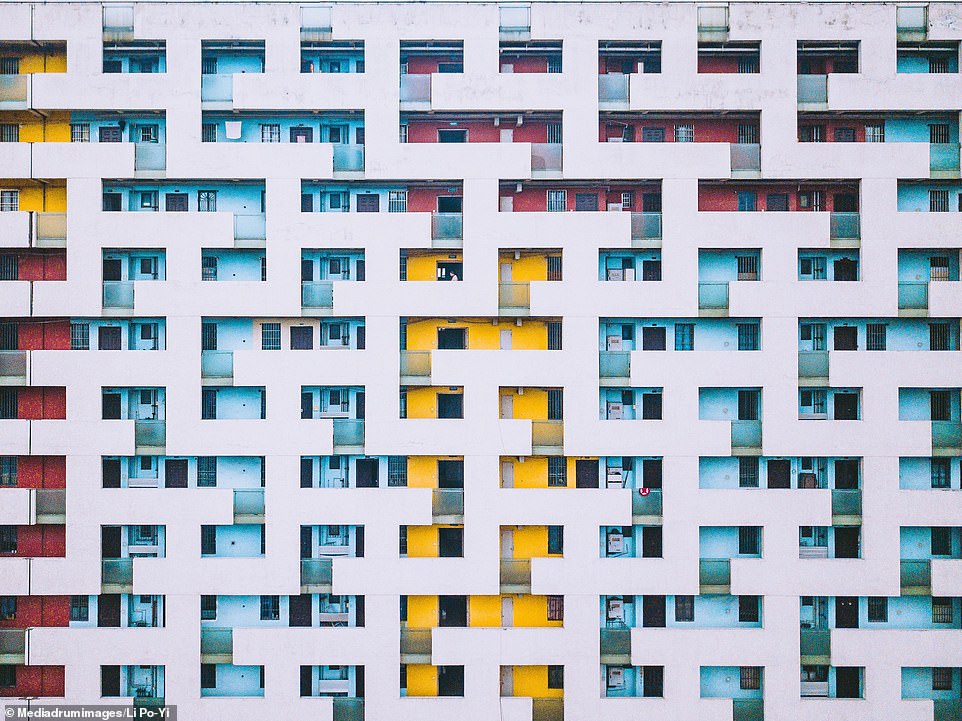 Li Po-Yi from Taiwan wins a bronze award in the advertising/travel and tourism category for this mesmerising image, which shows a colourful building on Jingwei Avenue in the Jiulongpo District of Chongqing City in China 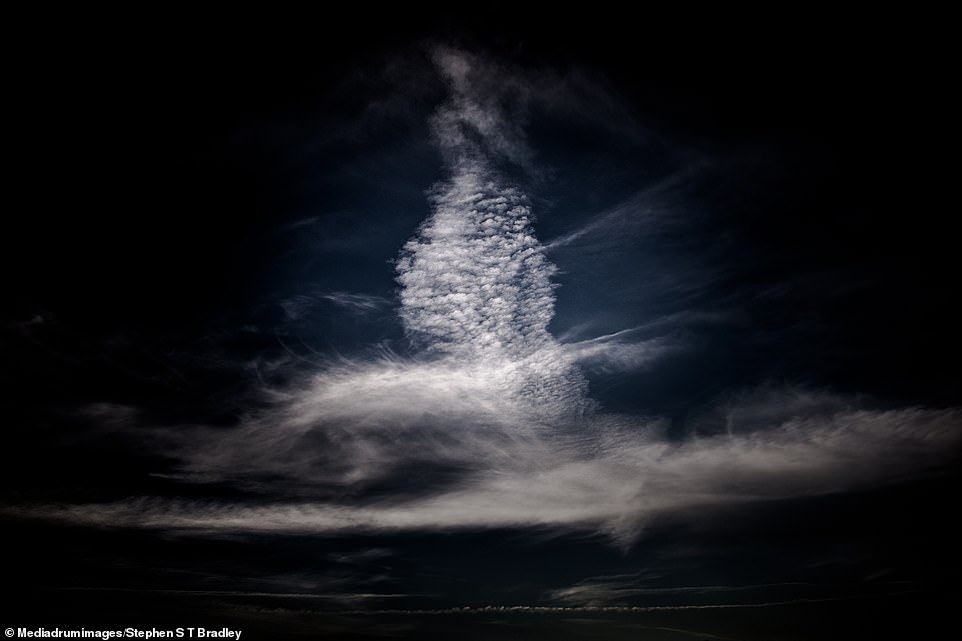