This is the incredible ‘floating’ backpack that allows travellers to take the strain off their shoulders while carrying a heavy load.

The HoverGlide backpack is being described as a revolutionary product that promises to reduce the impact force of a heavy bag by up to 86 per cent.

The wearer carries a solid frame and the backpack is attached to this by bungee cords. These create a ‘suspension system’ that enables the bag to freely move as the wearer walks. A video from the makers show how the bag appears to hover during use. 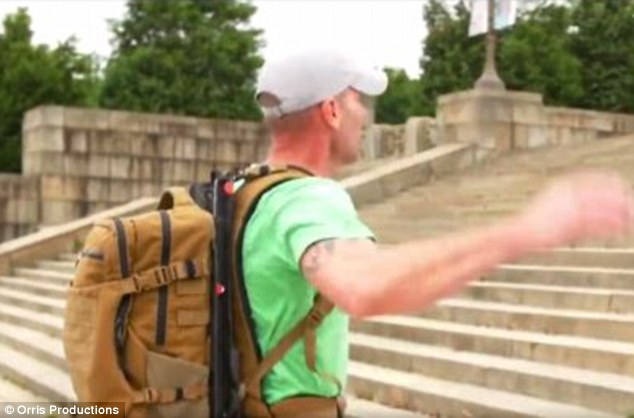 On traditional backpacks the load is attached to the frame of the pack, which is strapped tightly to the body, meaning as the person walks, it moves in line with the hip.

The new HoverGlide bag reduces the vertical displacement of the load and designers say it will allow users to carry an extra 12 pounds (5.4kg) while expending the same amount of energy as when carrying a normal backpack.

It will also reduce the risk of muscle and joint problems, it’s claimed.

The bag is made by US-based firm Lightning Packs LLC, which originally created the luggage with both the US Marines and Army in mind.

The design was aided by a 2006 study from the University of Pennsylvania that investigated the ergonomics of backpacks.

Now the firm are launching into the mass market, and are set to put four different HoverGlide backpacks on sale.

The first is called the ‘trekker’, which can be used for hiking and camping and can carry up to 55 pounds. 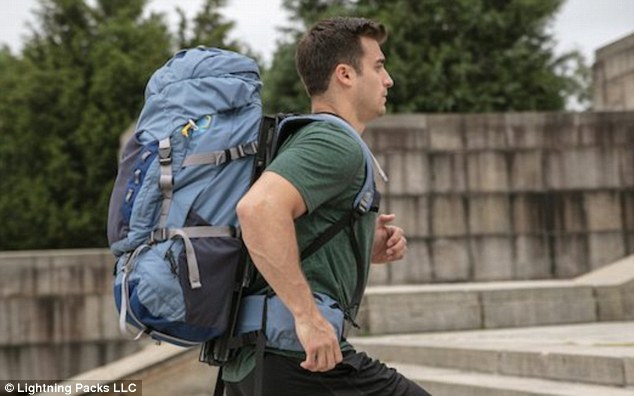 A smaller bag called the ‘hiker’ is also available and is described as being for ‘shorter outdoor excursions’.

The ‘commuter’ design has been created for everyday use and can carry up to 25 pounds in weight.

While the ‘tactical’ backpack comes with a tough shell and webbing and is aimed at ‘military types’.

A fund-raising campaign for the backpacks is being launched on Kickstarter next month.