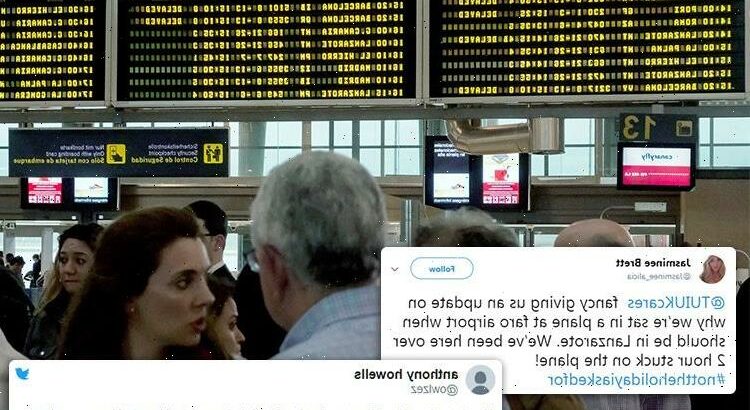 Rain and high winds caused at least 34 flights from Tenerife, Lanzarote and La Palma to be grounded or diverted, leaving holidaymakers stranded. 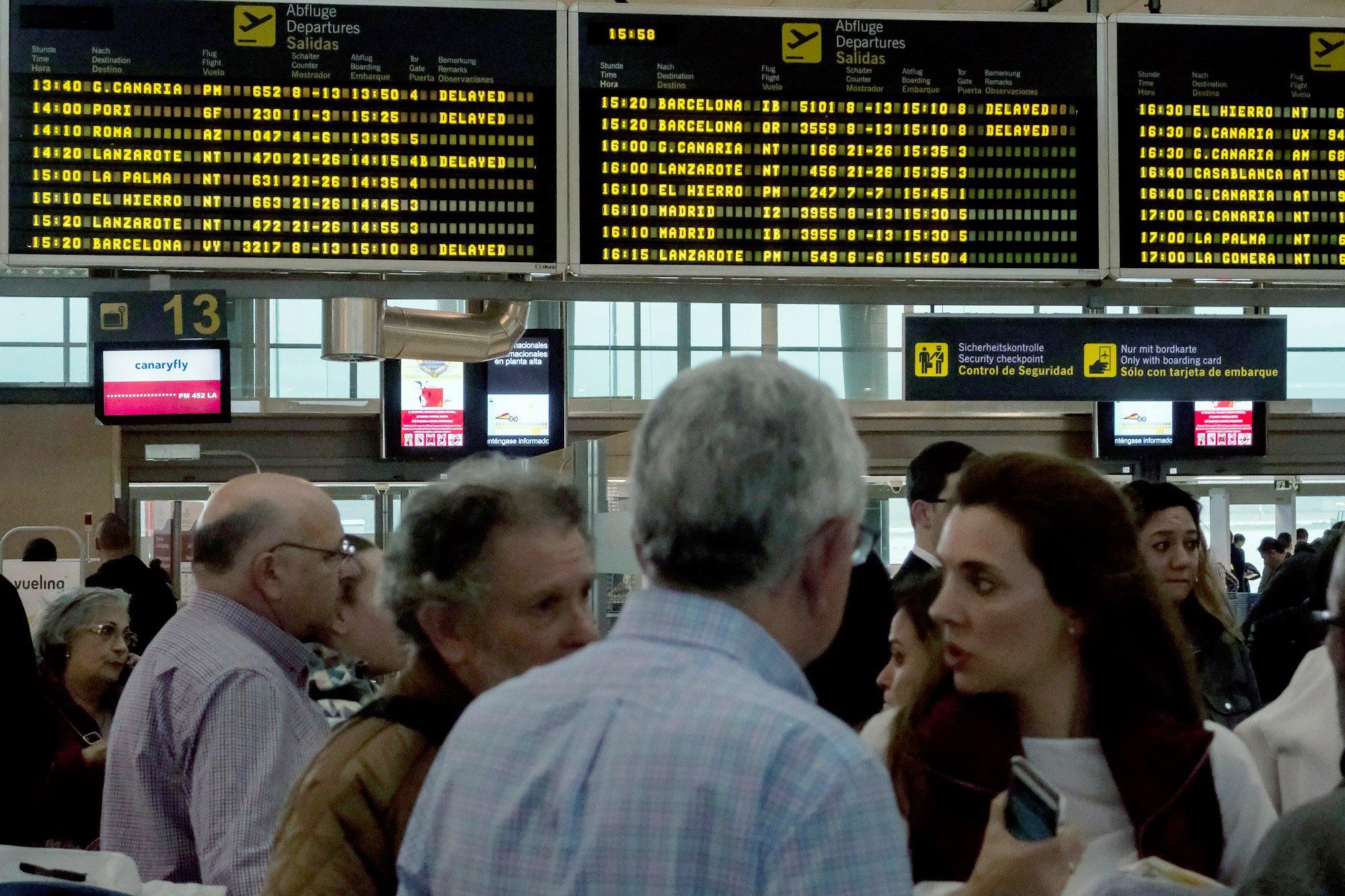 Some planes were forced to land in Faro, in Portugal, or Marrakesh, in Morocco.

Furious passengers blasted airlines, claiming there were delays of up to three hours for information.

Dan Yale asked the company: “Differing stories from reps on ground, no Tannoy systems in place—chaos in departure lounge. Maybe getting vouchers, is flight cancelled?”

And Jasmine Brett wrote: “@TUIUKcares fancy giving us an update on why we’re sat in a plane at faro airport when should be in Lanzarote? We’ve been here over 2 hour stuck on the plane!”

Meanwhile, some passengers saw the storm as an opportunity to extend their break.

Lisa Clark, from Glasgow, said: “Flights home from Lanzarote cancelled. Cases rolled straight back to the room for another nights stay (all inclusive) plus compensation.

“Think the rep was expecting us to be raging but we’re buzzing.” 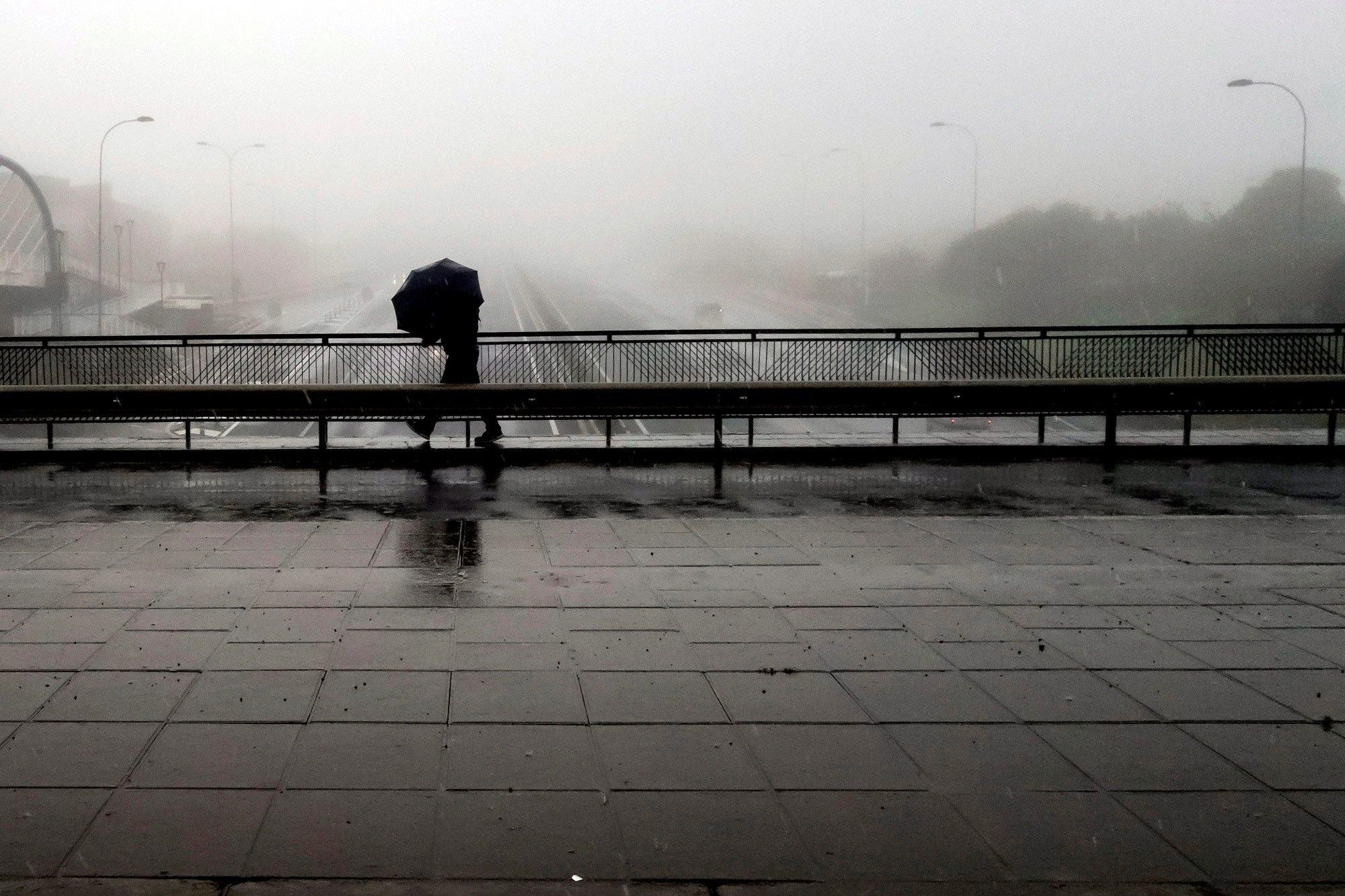 Ex-pat Ken Bennett, who lives in Los Gigantes, Tenerife, told The Sun the storm had raged for about 24 hours.

He said: “It’s been a thundery and showery day, there has been quite heavy rain. It’s noticeably colder, about 63 degrees Fahrenheit.”

And Patrik Olsson, 29, who was visiting his parents in Albufeira, Portugal, said planes were queuing to land at nearby Faro Airport.

He said: “There were lots of planes circulating here— they were all flying quite low.

“It was surreal to see. There were about five to seven planes flying over the flat one after each other.

“I checked on the flights app and I could see that they had all been diverted because of the extreme weather in the Canary Islands.”