THOUSANDS of cruise passengers were left waiting for hours outside in sweltering Miami heat after a delay in boarding their vessel.

The conditions were so severed that several holidaymakers needed medical attention before they were finally able to board the Carnival Cruise Line ship. 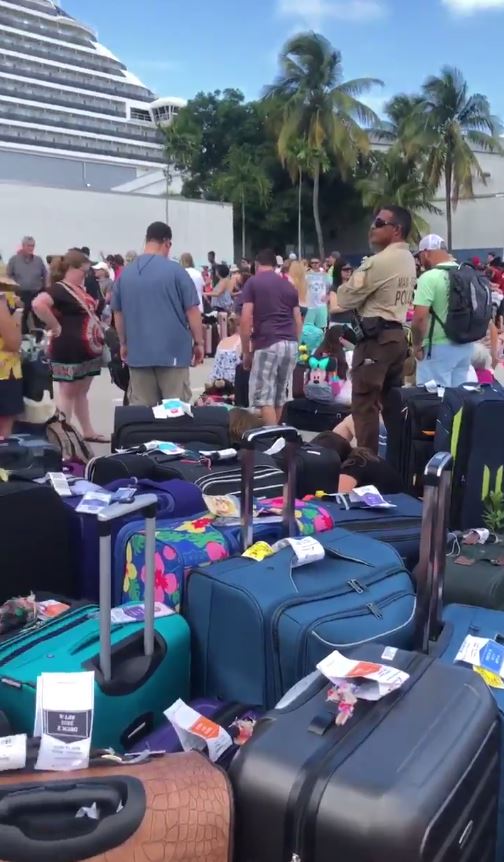 Guests were unable to board Carnival Magic, which can carry up to 3,690 passengers, on April 14 as those already on board were delayed in disembarking.

Passengers told 7 News Miami that they were left in the dark about the cause of the delay while waiting to get on board.

Diane Felicissimo, who was waiting to board the ship, told the news show: "It’s horrible. There’s people out here sweating, sunburning. There’s kids that are overheated and cranky."

Another traveller said they were sitting for "three hours" with the line not moving.

Pictures on social media show long queues of people standing and sitting with their luggage with little shade.

Miami-Dade Fire Rescue were also called according to reports, although the number of people who needed assistance was not revealed.

They delayed boarding people for hours. People were passing out due to the heat. They never told us what was going on. We had to ask for water a million times. My son was about to pass out. 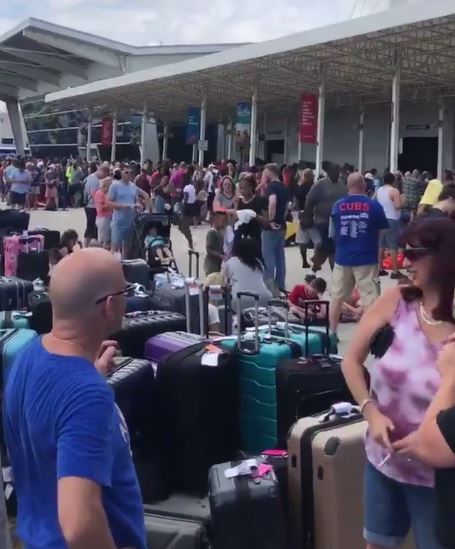 Many passengers complained about the delays and lack of information on social media.

One person wrote: "They delayed boarding people for hours. People were passing out due to the heat.

"They never told us what was going on. We had to ask for water a million times."

Others compared it to Fyre Festival, which saw thousands of people left without help or information.

A social media user said an elderly woman was "escorted out on a stretcher" due to the conditions.

Carnival Magic’s embarkation has turned into fyre fest 2. @CarnivalCruise @fyrefestival people passing out all over from the heat. In line to board for hours pic.twitter.com/G7227htPaQ

Well, this is something. My time is more valuable than ~12.50 an hour, but at least they apologized. pic.twitter.com/lKzWHd6wM2

After boarding, passengers were given an apology letter, with $50 credit on their cruise accounts.

A Carnival Cruise spokesperson confirmed the ship was late to board.

They told Sun Online Travel: "The ship departed around 6:30pm with no impact on the published itinerary.

"Embarkation at PortMiami for today’s voyage of Carnival Magic has been delayed due to several factors, including late debarkation from a previous voyage.

"Embarkation for the next voyage is ongoing and we expect no impact on the itinerary of this next seven-day cruise.

"Carnival sincerely apologizes for this inconvenience and appreciates our guests patience and understanding."

Another incident on a Carnival cruise ship last year had passengers "screaming in terror" after a technical error with the boat caused it to list.

Some passengers chose to leave the ship early following the incident.

Last month, Viking Cruise passengers said their journey was "like the Titanic" after the ship suffered from engine failure, causing the ship to dangerously list in the water.