The illustration of the Lancashire resort was spotted outside an unnamed travel agents in Clydebank, West Dunbartonshire by Heather Reid. 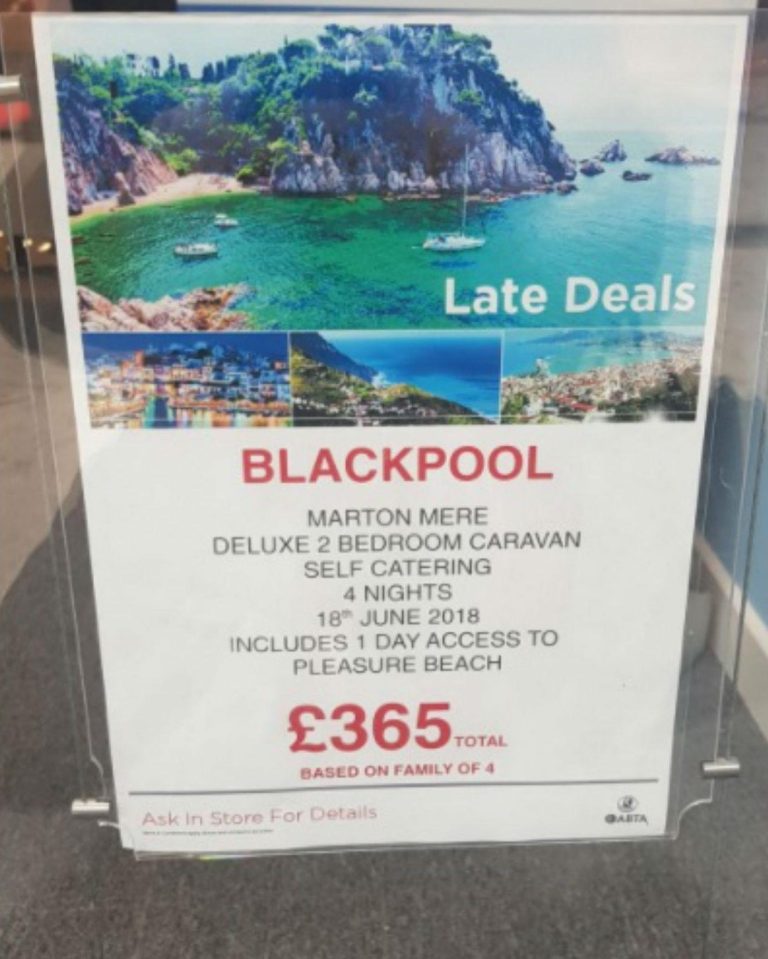 Heather, from Glasgow, posted the snap to social media claiming the travel agents were "at it".

She captioned the image: “Travel agents in Clydebank are at it.

"Is that pic supposed to be Blackpool? And I’m a Cheryl Cole lookalike as well hen.”

The top half of the notice features an image of an idyllic setting with a beautiful blue lagoon and a lovely golden beach. 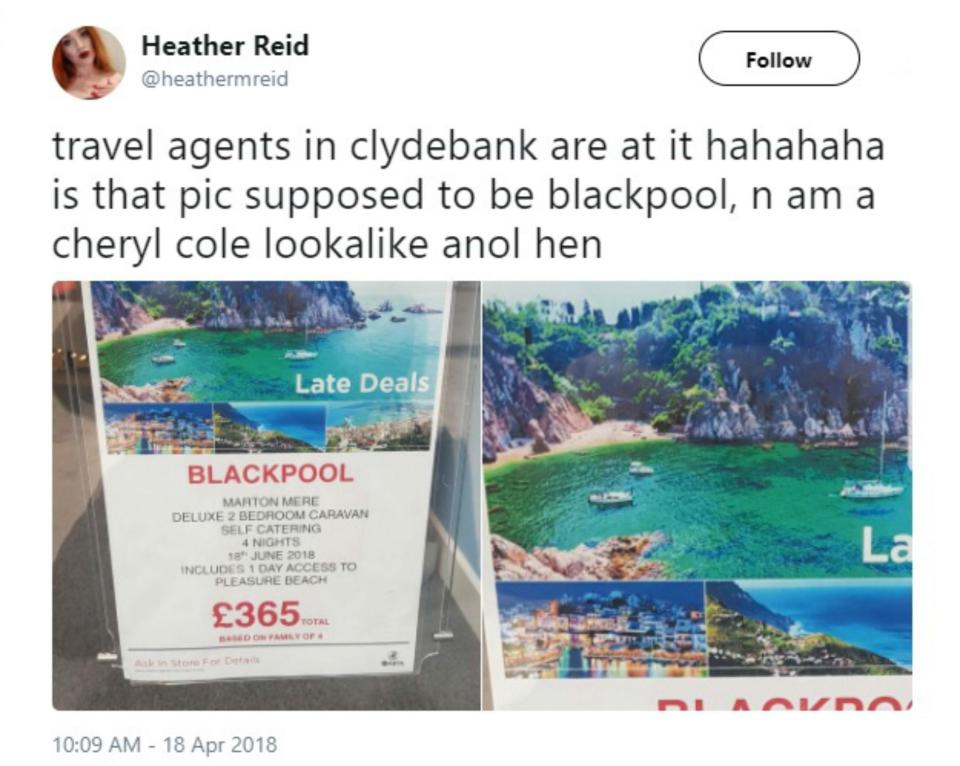 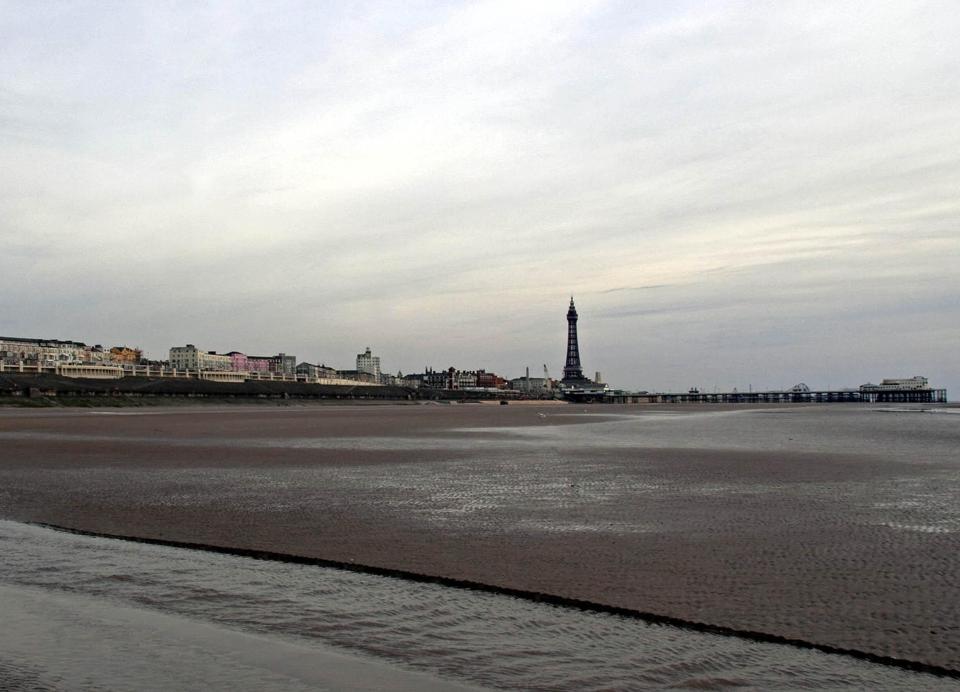 Another image claims to show the harbour at night, with houses up on the hill making an eye-catching reflection on the water.

Underneath, the package on offer is outlined: “Blackpool, Marton Mere. Deluxe two bedroom caravan. Self catering. Four nights. June 18 2018. Includes one day access to pleasure beach. £365 total based on a family of four.”

On social media, Paul Colvin joked: “Is that no the loch at the back of Drumchapel?”

Another quipped: “If you zoom in you can see a wee bit of Blackpool rock on the beach.”