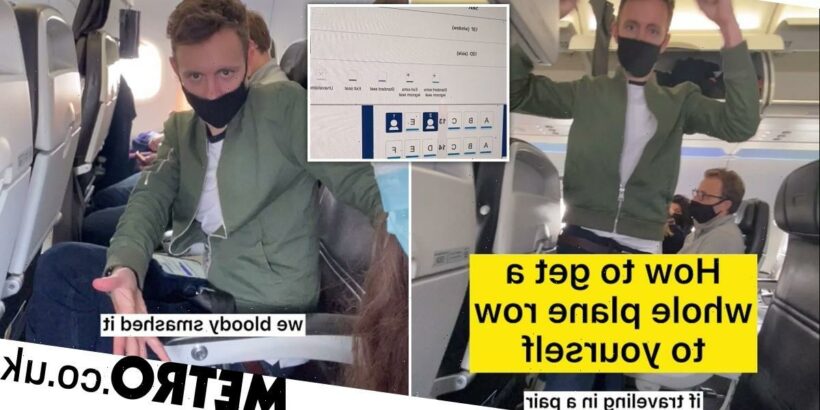 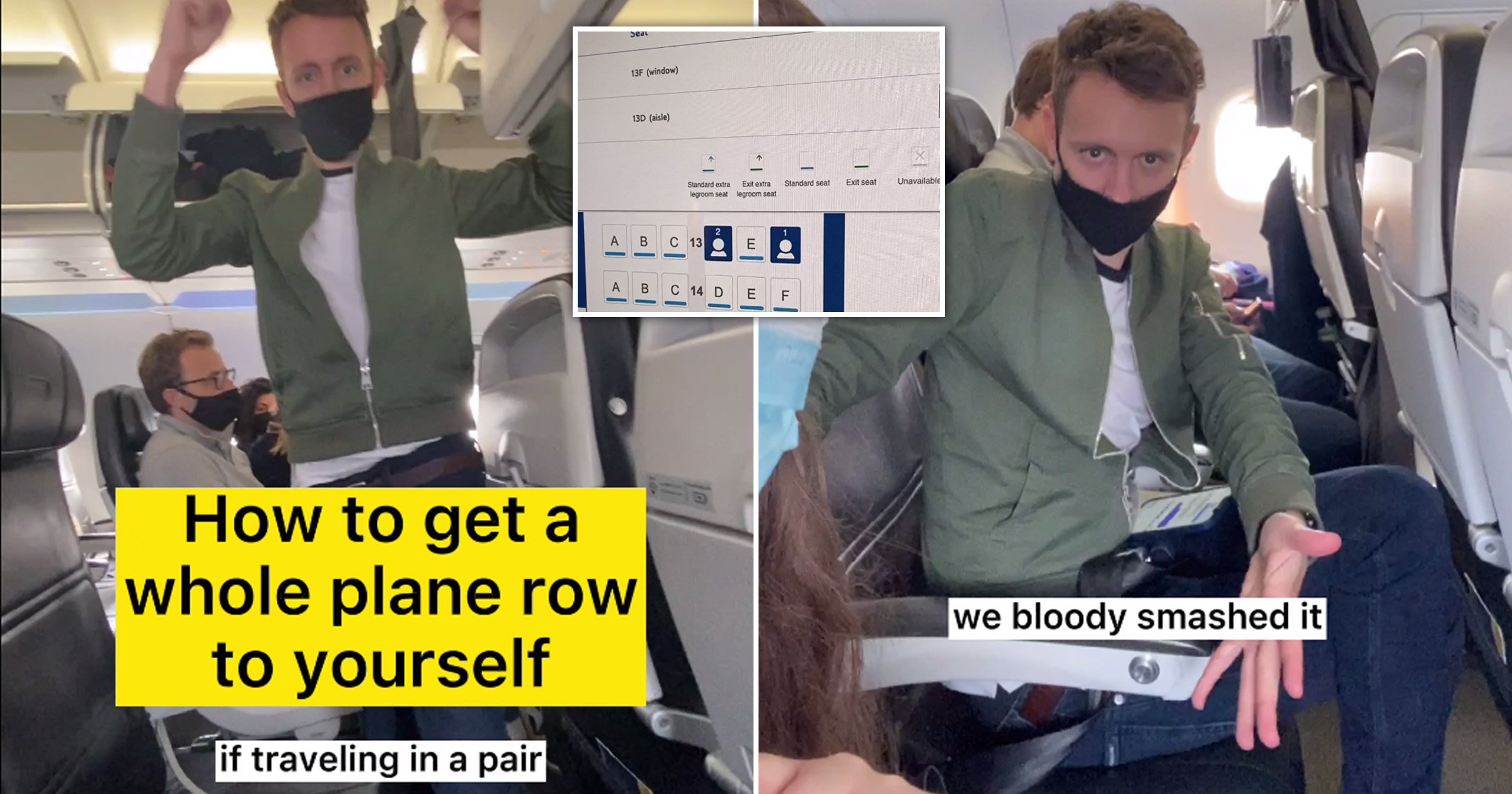 As much as we’d love to be the type of people who can strike up conversations with strangers and make lifelong friends, the truth is that whenever we get on a plane, we say a silent prayer that the seat next to us will end up being empty.

And we all know that getting an entire row to yourself – and your travel buddy – starts any holiday off on the right foot.

So we’re excited to try out these two tricks for managing exactly that.

Chelsea Dickenson, who runs cheapholidayexpert.com, has revealed two hacks for bagging an entire row on a plane when you’re travelling with another person.

The first is super simple, and you can do it when you’re venturing away solo, too: just book row 13.

Superstitions surrounding the number mean that many people will actively avoid booking seats in row 13, meaning you’re less likely to have anyone sat next to you.*

*Unless they, too, read this article.

When you’re travelling with another person, that’s when the second hack might come in handy.

Chelsea recommends that, instead of choosing seats side-by-side, couples opt to book one window and one aisle seat, leaving the middle free.

She notes that a stranger is not going to be keen to sit in the middle of two other people, so it’s likely this will end up left open – giving you and your pal an entire row for yourselves.

Obviously, this hack won’t work with a fully-booked flight, but if other passengers have multiple seat options, the seat you’ve left between you and your friend will likely be their last choice.

If someone does take that slot, don’t panic. Just ask if they’d like to swap for the aisle or window seat so you and your mate can sit next to each other. Easy.

Chelsea and her boyfriend James had success with the technique when taking a British Airways flight from Heathrow to Corfu.

A video shows the duo boarding the flight, waiting to see if their trick has worked, then declaring they’ve ‘bloody smashed it’ when boarding is completed and no one has sat down between them.

We reckon this is well worth a go the next time you’re flying. Just make sure to get to the seat-booking early before anyone else can grab row 13.