The Turkish currency collapsed this week, which means that Brits are able to get their hands on huge amounts of the currency at a fraction of the usual price. 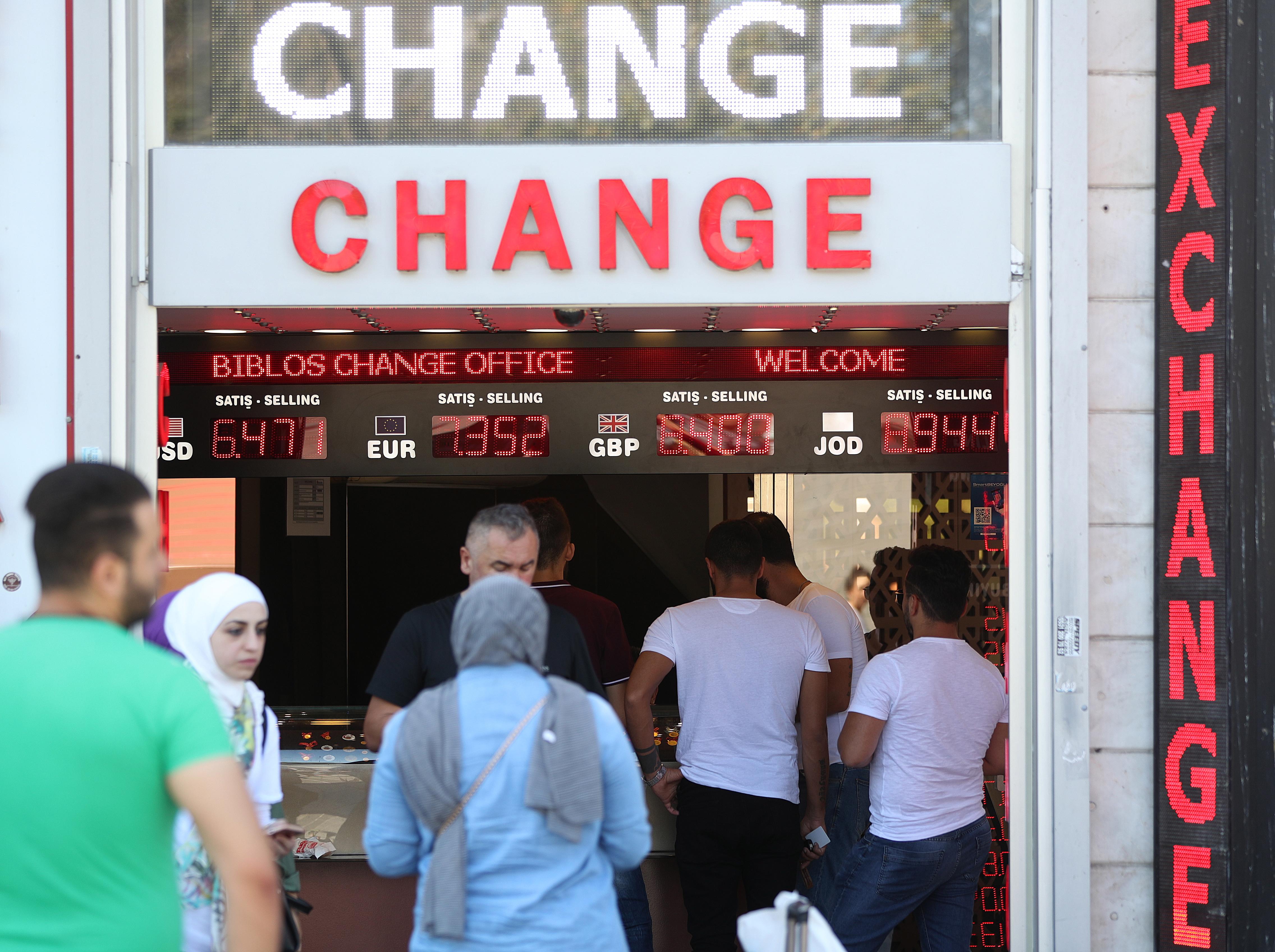 Thomas Cook has been running low on the currency.

Meanwhile yesterday the Post Office ran out of lira completely at some of its branches yesterday in the mad rush.

A spokesperson for the Post Office said: “A small number of branches may be running low due to the demand.

“We expect to replenish stocks over the next 24-36 hours.”

Why is there a financial crisis in Turkey?

What is happening in Turkey?

Turkey’s currency, the lira, has crashed due to an economic crisis in the country – and its fall has been made worse by a row with the US.

The slump has panicked currency markets worldwide, leading to dips as far off as South America.

How bad has it got?

The lira fell a massive eight per cent against the US dollar on Monday, before recovering slightly yesterday.

Overall, the currency has dropped by 45 per cent this year and 28 per cent since the start of the month alone. Inflation has gone up by more than 15 per cent in Turkey, more than six times the rate of inflation in the UK.

What has the US got to do with it?

Brunson was arrested in 2016 accused of plotting to overthrow the Turkish government. It is alleged he has links to a movement which the Turkish regime believes were responsible for a failed coup in 2016.

Christians in the US say the accusations are baseless and that he is being persecuted for his faith.

Erdogan has rounded up thousands – including academics and journalists – since the failed revolt.

What is Erdogan doing?

He accused Trump of stabbing Turkey in the back. He also claims his country’s economy is fundamentally sound and insists the lira will settle at a “reasonable level”.

Will this impact the UK?

In the City of London, UK companies with links to Turkey saw share prices fall and European banks could suffer losses on loans to Turkish businesses.

The FTSE index of companies on the London Stock Exchange – seen as a barometer of the UK economy – fell as a result.

Donald Trump has slapped economic sanctions on Turkey in a move against President Recep Tayipp Erdogan, over the detention of Turkish-based US missionary Andrew Brunson. Last week he also doubled tariffs on Turkish steel and aluminium. 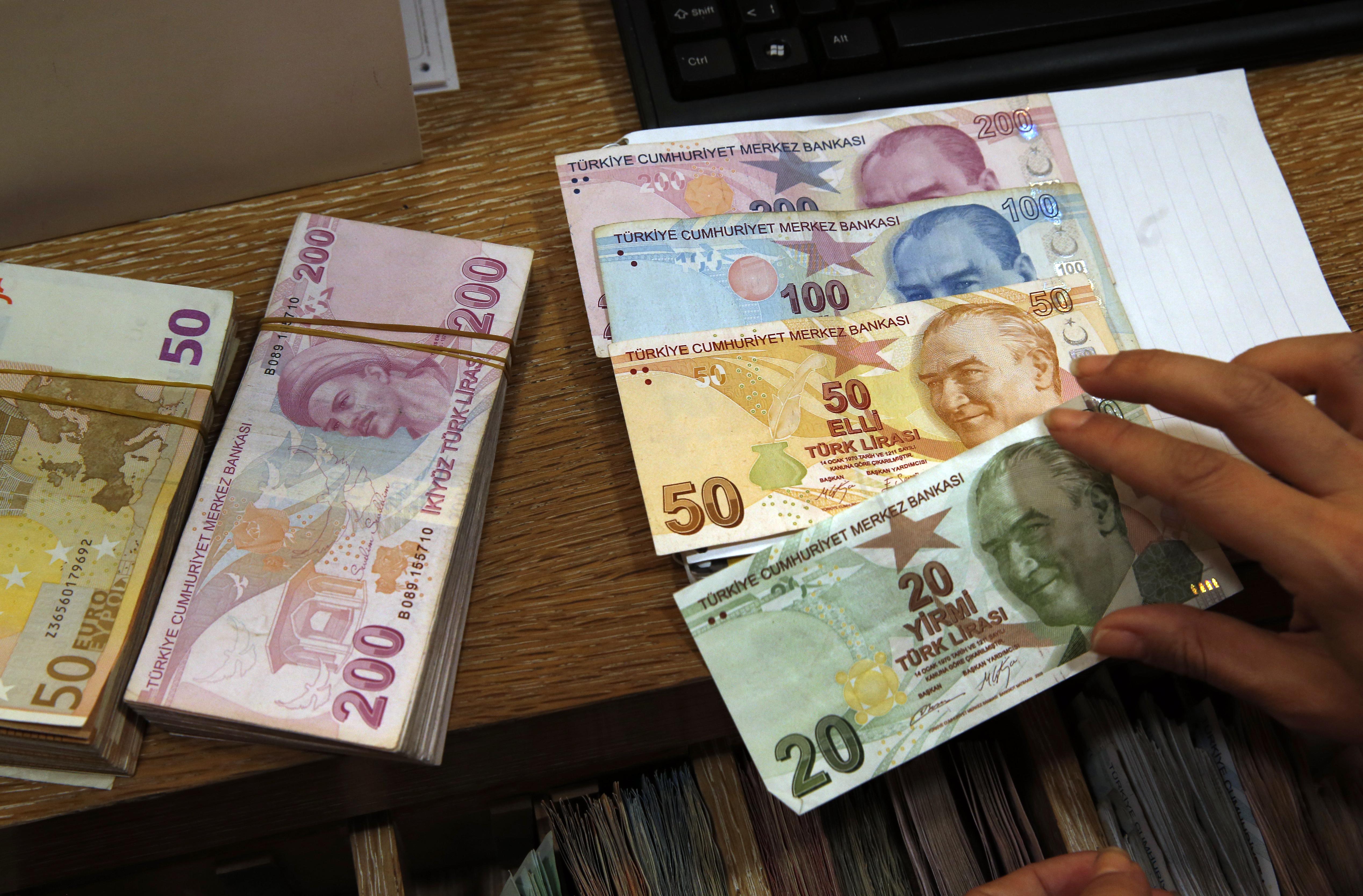 Thomas Cook has advised how holidaymakers to Turkey can make the most of the “unprecedented” exchange rates.

Demand is three times what it was for lira in 2017.

What is the current Pound to Turkish lira exchange rate?

Because of Turkey’s currency crisis, the pound is worth around 89 per cent more against the Turkish lira than a year ago.

As of August 16, £1 is worth 7.36 Turkish lira and this favourable pound to lira exchange rate means Brits heading to places like Marmaris and Antalya will be able to buy a pint of beer for £1.22.

The last time you could buy one costing that much in a UK pub was way back in 1990.

Sun Online previously revealed that Turkey is banning the iPhone as president Erdogan aims for economic revenge on the US.