The likeable presenter and host of Catchphrase is a master of live telly on favourites such as Britain’s Got More Talent and Saturday Night Takeaway. 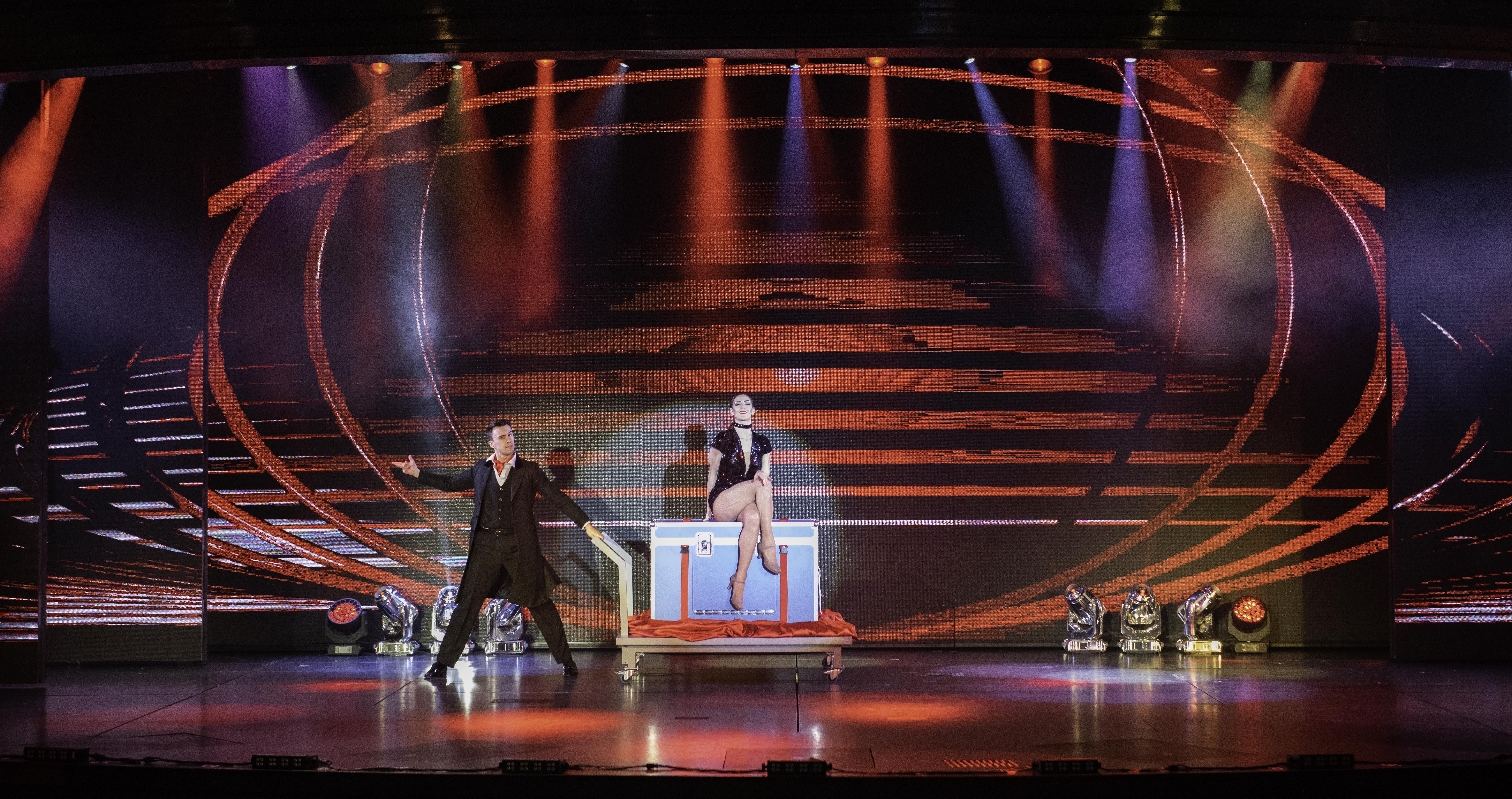 But this time he’s out of his comfort zone as the co-creator of a ground-breaking production that fuses song and dance with his true passion —magic. And, what’s more, it’s on a cruise ship.

Mulhern, 41, fiddles with a beer and says: “When you’re on stage or in front of the camera yourself you’re in control.

"It’s weird as a producer knowing that, once a performance is under way, it’s in the hands of the cast and there’s absolutely nothing more you can do.”

The show is called Astonishing. And there’s a lot riding on it living up to the name, in terms of both reputation and big bucks.

Co-creator Stephen Mulhern says: 'I believe this is truly worthy of the Royal Variety Performance'Dreamed up by Mulhern and his pal Jonathan Wilkes, it has been bankrolled by P&O Cruises, who hope it could be something of a game changer for ship theatre entertainment.

Wilkes, 39, best known for Soccer Aid and his friendship with Robbie Williams, has been in the business for years and now runs a performing arts academy.

Mulhern’s been doing magic since before he started to shave.

But he admits he knows little of the cruising world.

He says: “I’ve only been on a cruise ship once before and that was when we broadcast Takeaway live from on board this one, Britannia. 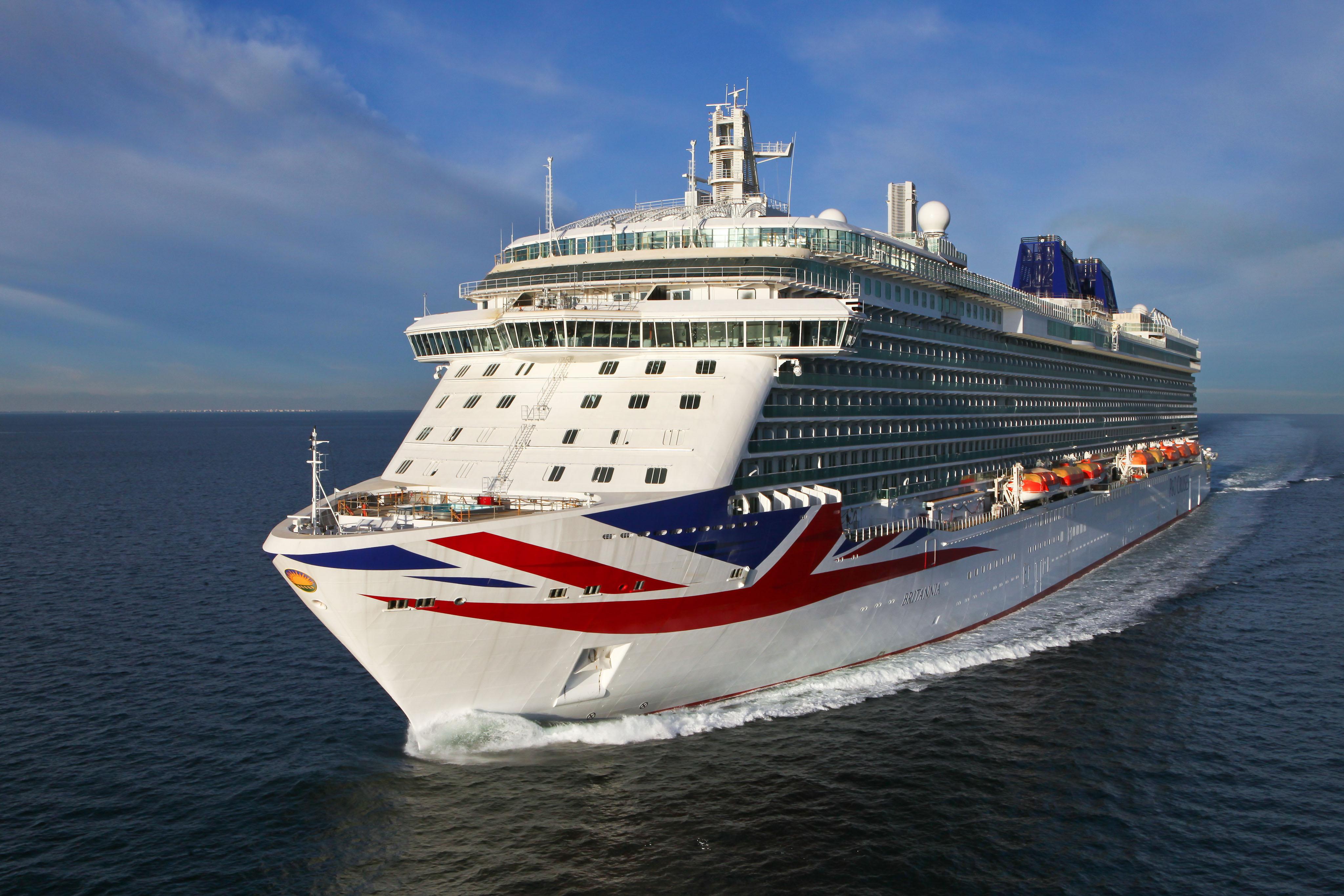 “But I reckon nothing like Astonishing has been seen at sea before.

"I believe this is truly worthy of the Royal Variety Performance.”

The next day the 900-seat theatre on P&O’s beautiful flagship is rammed for all three of the debut performances.

And it goes down a storm with the guests.

X-Factor-style presentation, stunning graphics on massive LED walls, and slick illusions performed by the ship’s resident company of singers and dancers combine to make a brilliant a 45-minute show.

The cast, none of them magicians, have perfected the tricks in just two weeks at P&O’s rehearsal studios and another ten days on board the ship.

Mulhern says: “They are incredible and had to learn a whole new skill set for this show.

"I gave them some tips on how to cope if an illusion goes wrong — but they didn’t need them.

A 14-night Spain, Monaco and Italy cruise from Southampton on September 16 is from £1,429pp, including full-board accommodation and entertainment.

There’s even a video appearance from Mulhern himself for a surprise bit of audience participation that involves everyone in the theatre.

And there’s a famous Houdini trick that the cast manage to perform even quicker than he did.

But that’s all I’m allowed to give away.

The show will be rolled out across P&O’s three largest ships — Britannia, Azura and Ventura — giving holiday-makers the chance to see it throughout the summer and beyond. The official premiere takes place on Britannia at Southampton, today, and as it’s Father’s Day, friends and family have been invited, too.

Mulhern says: “I’ll be even more nervous then about what my dad will think of it.

"He taught me magic from the age of 11, so I really hope he loves it."

Wilkes adds: “This is our baby and we’re really proud of it.