As a result, flights are now usually just something to grin and bear – plug in your noise-cancelling headphones, squeeze those knees in and wait for landing. 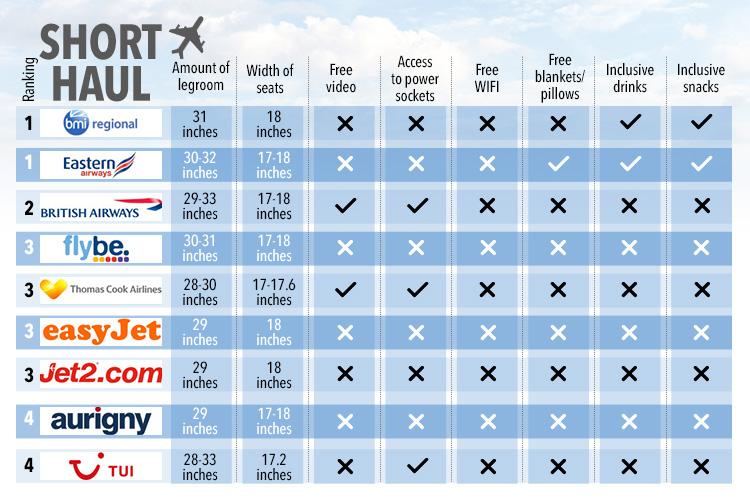 But some airlines still place a tiny bit of importance on passenger comfort.

Globehunters have ranked the Economy seats in major UK airlines in eight different criteria, to work out which are least painful to fly with.

They looked at everything from the amount of legroom and the width of seats to whether passengers got free video entertainment.

Airlines were also rated on access to power sockets, free wifi, free blankets and pillows, and whether drinks and snacks were included in the fare.

Planes could be about to get a lot more uncomfortable too.

Italian seating manufacturer Aviointeriors has unveiled a new design for upright seating at the Aircraft Interiors Expo 2018 in Hamburg.

Passengers would be be pretty much standing – although they would get a small seat to rest your behind on.

Aviointeriors says the designs could pack more people into planes with an “ultra-high density” of people on board as they take up less space than a traditional seat.

The are some ways to make sure you get a better seat on a plane though, according to Gilbert Ott from God Save The Points. 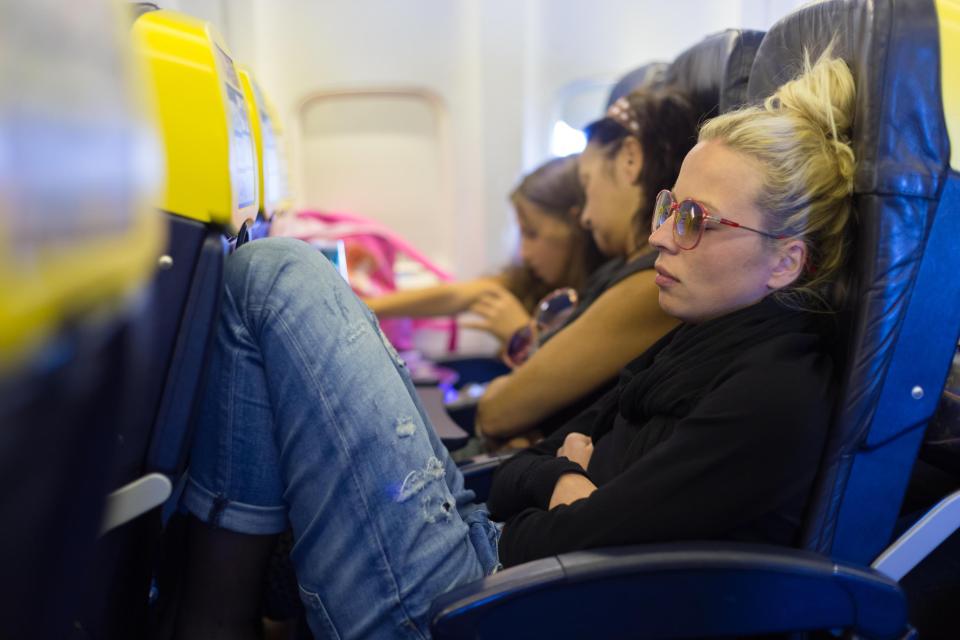 He revealed that the trick to a happy flight is in your pocket – via a handy, free travel app called ExpertFlyer.

The tool can be used to keep track of which seats are free on the plane you're about to board, giving you up-to-the-minute info on who is sat where.

You can set the app up to ping you an alert every time a seat becomes free, letting you swoop in and take advantage of any last-minute changes in the aeroplane seating plan.

The seat-selection pro says: "A smart flyer (which you clearly are) sees the cabin as a game of musical chairs. If the best seat in the house is available immediately- book it.

"If not, get the next best available seat- and set free alerts on ExpertFlyer for any and all the seats you’d prefer. By doing so, you can keep improving up until final boarding."