‘You can lose my suitcases but don’t take my stroopwafel!’ United Airlines angers passengers by taking the Dutch sweet snack off the menu

United Airlines has upset passengers once again, this time by cutting stroopwafels from its on-board food offering on certain flights.

In response one passenger tweeted ‘shame on you’ at the carrier and another said ‘you can lose my suitcases but don’t take my stroopwafel’.

It comes just weeks after the airline caused a stir by cutting tomato juice from its menus (which it then reinstated after the uproar). 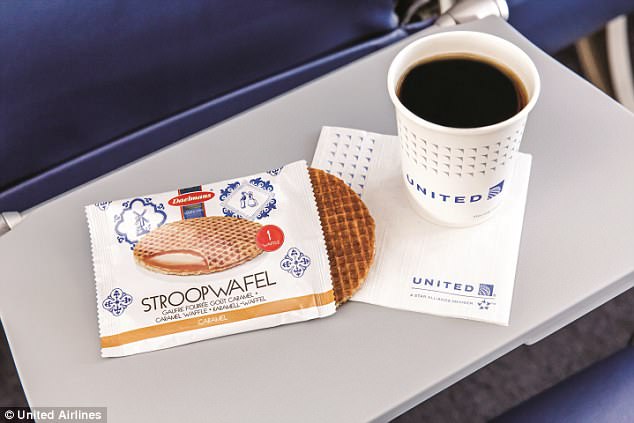 The Dutch treat is a waffle made from two thin layers of baked dough with a caramel syrup filling in the middle and was often offered to customers for free on morning services.

But it has now emerged that the Chicago-based carrier is pulling the snack from its domestic US services.

Instead it will be replaced with a new product, a maple wafer cookie made especially by the Byrd Cookie Company, that will roll out on flights as early as this weekend.

But some United passengers demanded the stroopwafel be reinstated.

Taking to Twitter, Ann Ladenberger wrote: ‘Geeze. You mean to tell me they can’t even give you a darn STROOPWAFEL anymore on a plane flight? Give me a break! Cut the CEO’s salary a little bit. That’ll pay for cookies!’

Another, called Terrible Pilot added: ‘Hey @united keep the stroopwafel. It’s the best part of flying United. How dare you get rid of it. Shame on you.’

One passenger called J wrote: ‘United is getting rid of the Stroopwafel. NOOOOO! Say it ain’t so, @united.’

Another, Jerry Huller, simply said: ‘@United bring back the Stroopwafel.’

While Frederic Lardinois added: ‘No, @united. You can lose my suitcases and be constantly delayed, but don’t take away the stroopwafels.’

However, United says the stroopwafel will be available again as the airline rotates between morning snack options and it will remain on flights departing for Europe prior to 9.30 am.

The cutting of tomato juice caused a similar furore. 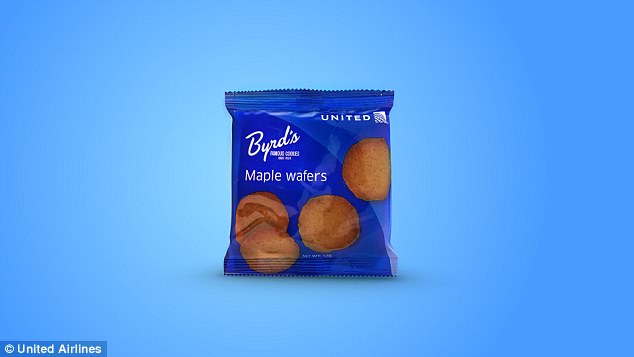 The stroopwafel is being replaced by maple wafer cookies, which have been made especially for the airline by the Byrd Cookie Company

Fliers took to Twitter by the plane-load to bemoan the loss of the fruity beverage – and were particularly frustrated that Bloody Marys would be served from pre-mixed cans.

But the airline was listening and just a day after the controversy announced that the drink was to be reinstated.

It said on Twitter: ‘You say tomato. We say, we hear you. Tomato juice is here to stay. #letscallthewholethingoff.’

A spokesperson then told MailOnline Travel: ‘We want our customers to know that we value and appreciate them and that we’re listening.

‘Our customers told us that they were not happy about the removal of tomato juice so we’re bringing it back on board as part of our complementary beverage offering.’