It’s one of the biggest movie franchises of the last decade and Fast and Furious has now roared to life at the Florida theme park. 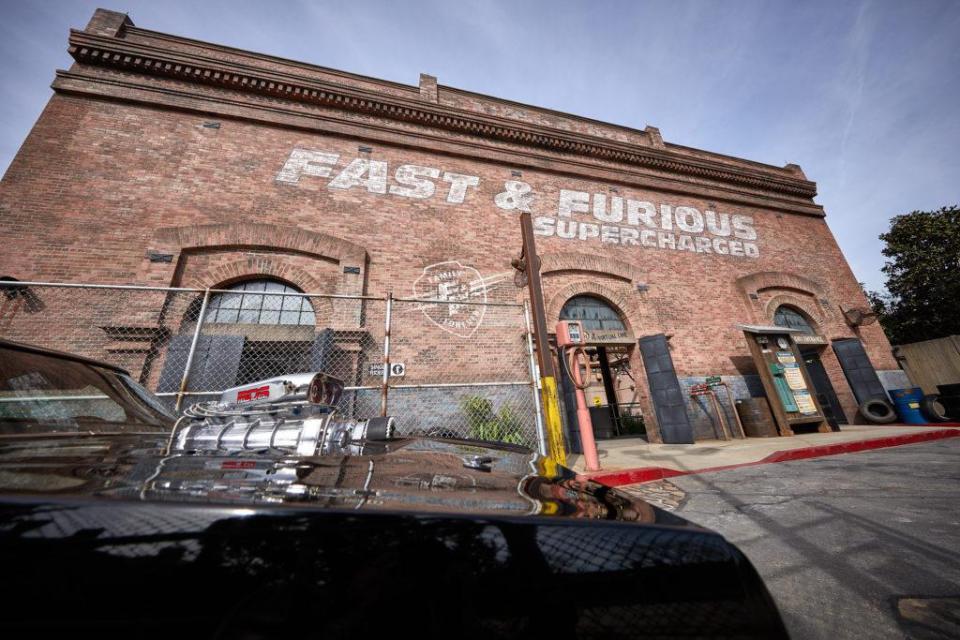 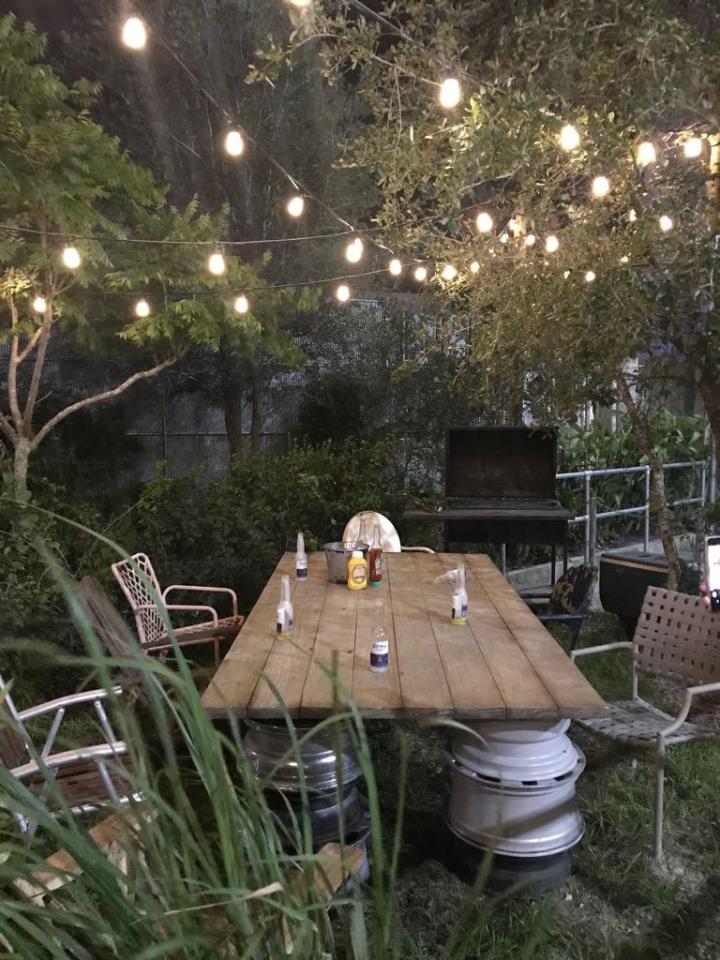 Fast and Furious Supercharged is the brand new multi-million dollar attraction at the Universal Studios theme park in Florida – their big ride of 2018 -and it finally opened last night.

Keeping the Hollywood theme, the stars of the film flocked to the glitzy premiere which ended with Vin Diesel blowing the gates off to declare the ride officially open.

Vin was joined by his co-stars Jordan Brewster, Tyrese Gibson and Ludacris, who all helped bring the attraction to life.

After being one of the first to go on, we can confirm it doesn’t disappoint. 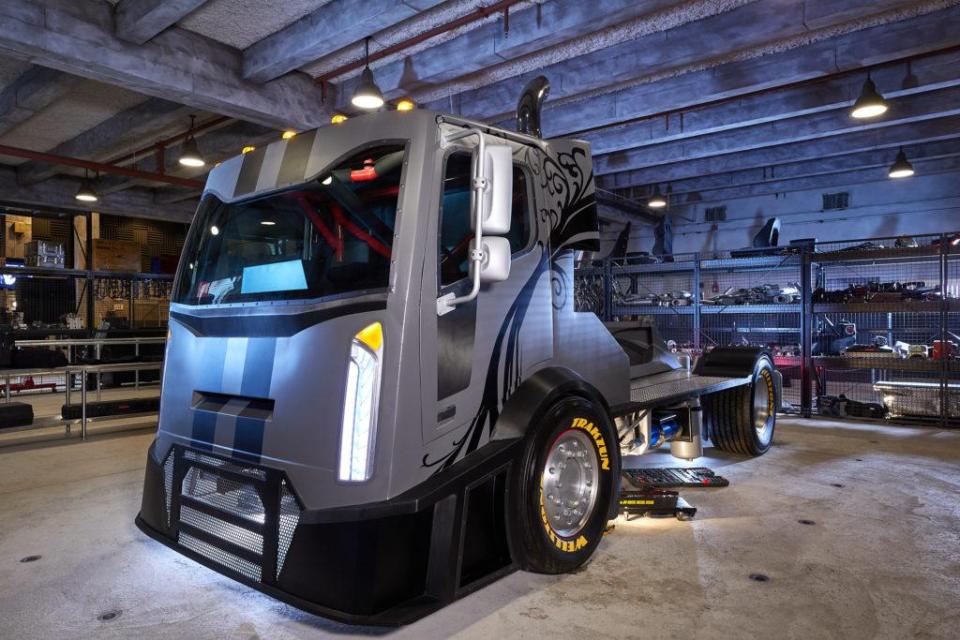 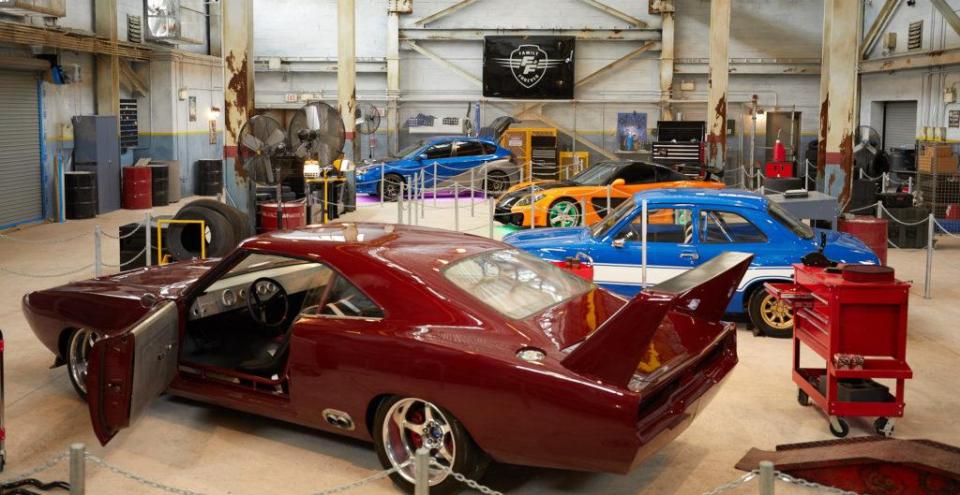 Fast and Furious Supercharged is housed on the site of the earthquake ride Disaster!, which closed in 2015.

It is now the Supercharged building, where fans of the movies can walk through a replica car shop that provided the base of operations for Vin’s character Dominic Toretto and the rest of the gang.

The park’s new virtual queue meaning you don’t have to wait in line for hours either – thrill-seekers can now book a slot using the Universal app and turn up when their ride is due to start.

However, it doesn’t mean that the Universal boffins have skimped on the ‘pre-show’.

Some of the cars used in the films are on display within the building, as well as several film sets replicated from the movies. 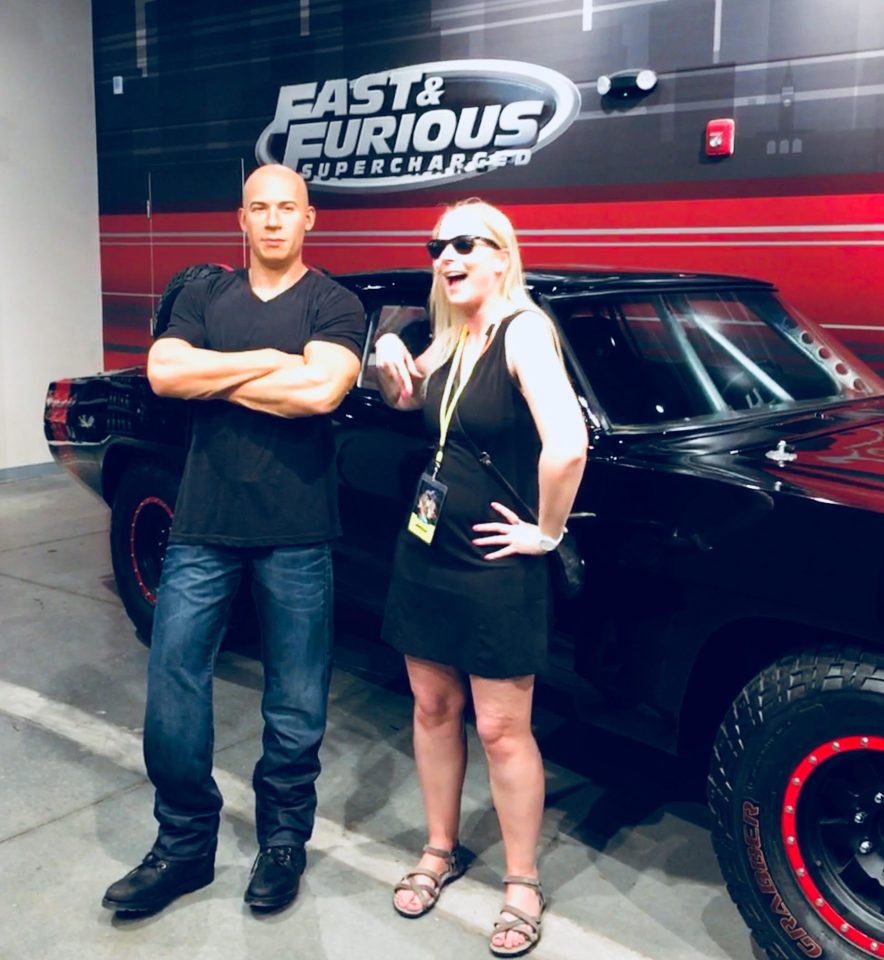 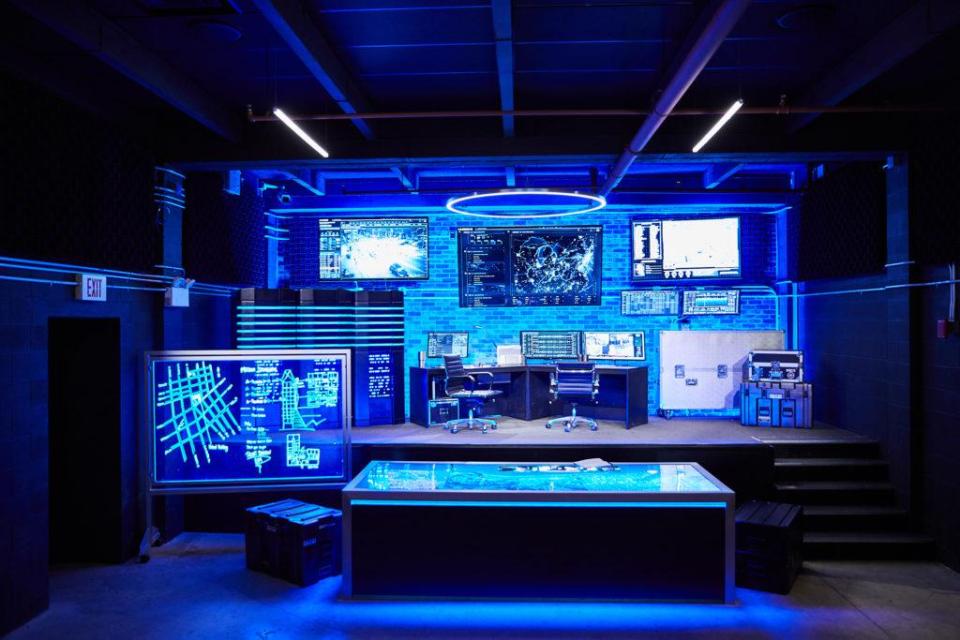 Eagle-eyed riders will also spot several poignant tributes to the franchise’s late star Paul Walker, who died in a car crash in 2013.

On the way into the building, there is a BBQ scene with bottles of the gang’s favourite beer, Corona, set out on the table, with one of the bottles has been knocked over as a way of remembering the fallen cast member.

As you walk through the building, the actors make appearances in short films and Dom invites guests to a race afterparty as they board moving buses to take them there.

The super-high resolution technology used onboard the ride totally immerses you in the world of the films without the need for pesky 3D glasses. 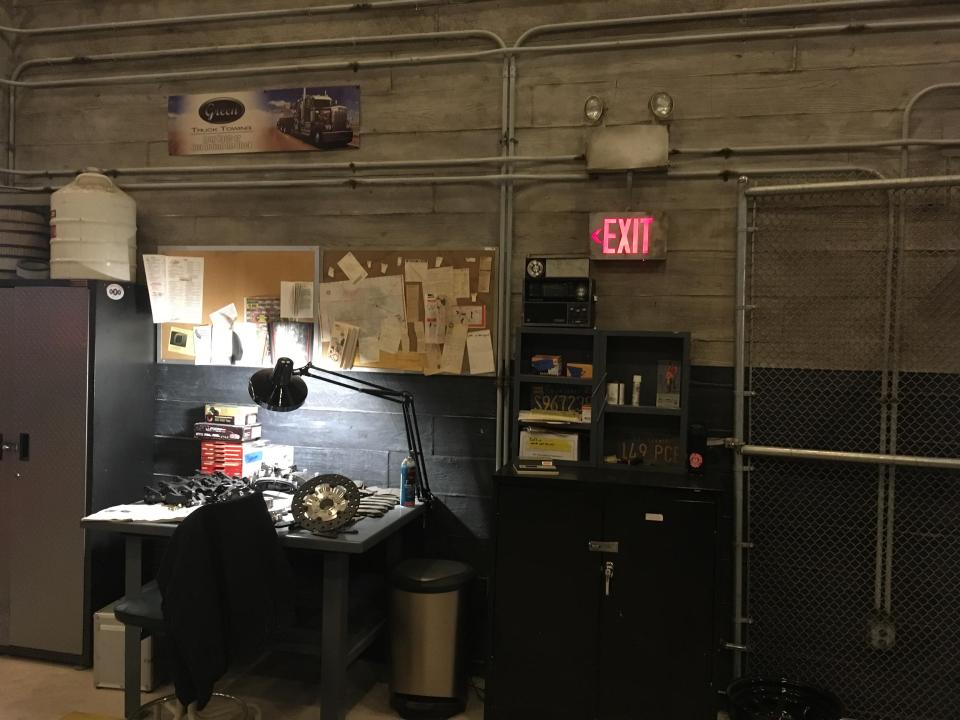 The characters soon warn you that the family’s arch-nemesis Owen Shaw has tracked you down and you set out on a high-speed chase through the streets of San Francisco.

The spectacular effects make you really feel as if you are part of the gang roaring through the city, dodging bullets, flame-throwers and nerve-shredding crashes.

It is made all the more realistic by the thundering movements of the buses, water effects and smoke.

When you finally step off the bus, we can guarantee you’ll be booking your next place in line again – but not before snapping a selfie with a life-sized – and very realistic- wax work of Vin Diesel himself in the gift shop.

A Universal 3-Park Explorer ticket costs from £235 per adult and £228 per child with Attraction Tickets. The ticket includes 14 days unlimited access to Universal Studios, Islands of Adventure and Volcano Bay.

Stay on-site at Universal’s Cabana Bay Beach Resort from £90 per night based on a 7-night stay, and fly direct to Orlando from £360 return.