Pilots of jet that plunged 25,000ft after vaping in the cockpit caused a decompression event are stripped of their flying licences

Chinese authorities have cut flag carrier Air China’s 737 flights and revoked the flying licences of the cockpit crew involved in a mid-air emergency sparked by a co-pilot’s vape smoke.

An Air China 737 made a rapid emergency descent from 35,000ft to 10,000ft last week after the co-pilot mistakenly turned off air-conditioning systems in a bid to conceal his e-cigarette smoke.

The incident, which resulted in the deployment of passenger oxygen masks, occurred on a flight from Hong Kong to the northeastern city of Dalian. 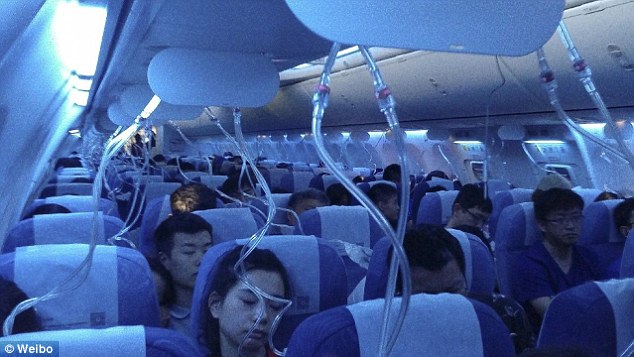 The Civil Aviation Administration of China (CAAC) has been investigating the incident and confirmed the two pilots’ licenses were being cancelled.

It also cut the flag-carrier’s 737 flights by 10 per cent and ordered it to undertake a three-month safety overhaul, China Central Television (CCTV) said.

In addition, the aviation watchdog fined Air China 50,000 yuan ($7,500), which caused Air China shares to slip by more than two per cent in Shanghai on Wednesday morning following the punishment.

The CAAC concluded that the on-board drama was triggered when the co-pilot, trying to prevent his vape smoke from spreading into the main cabin, accidentally switched off air conditioning.

That led to a decrease in cabin oxygen levels which in turn set off an emergency warning system indicating the jet may have flown too high and instructing the pilots to quickly descend.

The CAAC said the aircraft dropped down to as low as 3,000 metres (10,000 feet), without specifying its original altitude.

According to FlightRadar24 it descended from 35,000 feet to 10,000 feet in 10 minutes as is standard practice in a decompression event. 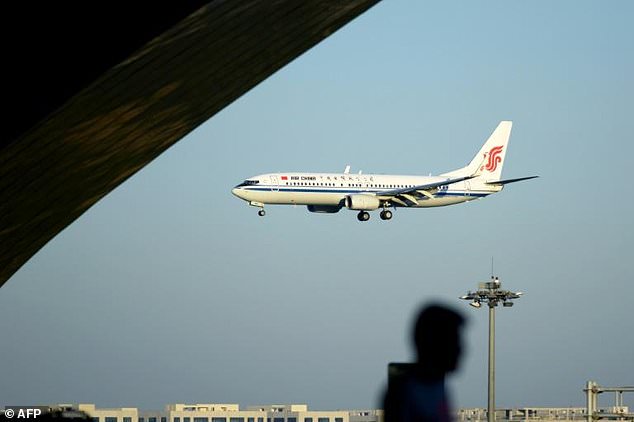 It then ascended and continued the flight at a peak altitude of 26,600 feet rather than heading to a nearby airport to land.

Industry experts said the decision to climb and continue the flight was unusual given the oxygen masks had already been deployed.

They added there was a risk another decompression event could occur after the one-time supply of 12 to 20 minutes from the oxygen masks was used up.

Former Qantas head of safety, Ron Bartsch, said: ‘The crew would not have been able to accurately assess the amount of emergency oxygen available.

‘In my opinion the pilot in command should have landed at the nearest suitable airport.’

There were no injuries to the 153 passengers and nine crew, the CAAC has said.

Chinese airlines have a good safety record in general, but passengers have, on occasion, accused pilots of smoking during flights. Few such incidents have been confirmed, however.