Just as winter was about to start, the state instituted a stricter quarantine and test requirement for visitors, and the snow-sports economy is bracing for the impact. 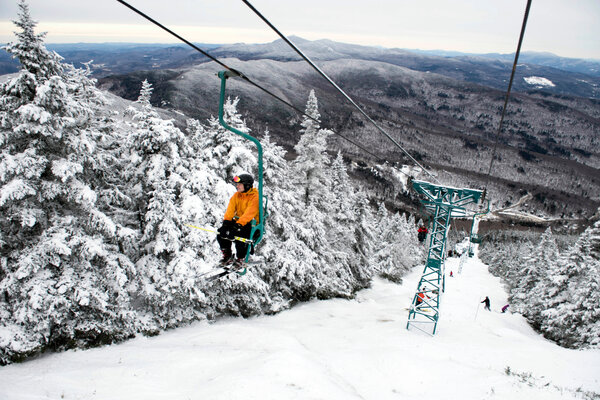 In some ways, it looked as though the pandemic could be good for Vermont’s ski season. With international destinations out of reach and domestic air travel feeling risky, the state had the biggest ski market in the nation — New York and the Northeast corridor — at its doorstep.

“For the very first time Vermont and New England have access to the full Northeast market share,” said Brian Maggiotto, general manager at the Inn at Manchester in southern Vermont. “And with many people writing off the idea of getting on a plane, this gives Vermont access to the highest concentration of skiers within a drive’s distance.”

The state’s 20 alpine and 30 cross-country ski destinations were feeling optimistic, despite a warm fall that had already pushed back some area’s opening days for lack of snow. 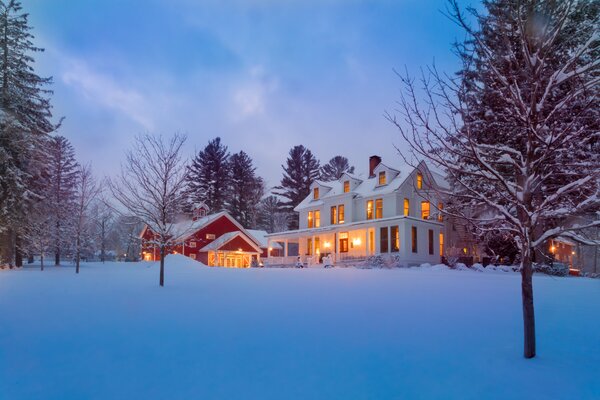 Then last week, Gov. Phil Scott announced newly tightened quarantine rules for anyone visiting the state. They either had to commit to a 14-day quarantine upon arrival, or a quarantine of seven days (at home or in state) followed by a negative Covid-19 test.

Vermont’s travel guidelines didn’t mark that big a shift. The most significant change was that the state suspended the use of a color-coded system that assigned counties in the Northeast a color from green to red based on their number of cases of the coronavirus per million people. There was a time when a number of counties — although quite few — had virus case counts that were acceptable for travel to Vermont without quarantine. But now almost all of the Northeast was red.

But the governor’s announcement last Tuesday of virus-containment measures, combined with a huge spike in cases across the Northeast, triggered a wave of cancellations at hotels and inns and fear among tourism-dependent businesses that travelers would shun Vermont this winter because of the pandemic.

“There’s been a pretty consistent flow of cancellations since that day,” Mr. Maggioto said.

Online ski chat rooms and social media erupted with rumors and angst, including worries that ski areas might not open at all.

Among those posting was Bruce Levitus, a skier from Bucks County, Pa., who said on the Ski Vermont Facebook page that he wouldn’t be coming to the state this winter. In a phone interview, Mr. Levitus, 56, said he has been skiing in Vermont since he was 7, first with his parents and then with his own family. “I respect what Vermont is doing, but we can’t quarantine, it’s just not possible for us,” he said. “Hence we won’t be coming to Vermont for the first time in over a decade.”

The Vermont economy depends on winter ski-season visitors who spend more than $1.6 billion a year in the tiny state, according to the Vermont Ski Areas Association. Vermont is something of a crown jewel of Eastern skiing, annually recording the most skier-day numbers in the East, around 4 million per season, a figure that rivals Utah. New Hampshire, by comparison, sees a little over 2 million per winter.

The new rules hit hard at a big market for Vermont — people who drive up for the weekend and who are unlikely to quarantine for a week for two or three days of skiing.

A number of those “weekend warriors” and their families relocated to Vermont during pandemic, working and studying remotely from vacation homes, especially in towns around the ski centers of Stratton, Killington, Mt. Snow, Okemo, Stowe and the Mad River Valley. And some innkeepers, said they hoped that a trend toward longer visits, which started this summer and fall, might continue during ski season. “We had a family here from New Jersey for over a month this fall,” said Rachel Vandenberg, the owner of the Sun and Ski Inn in Stowe.

But ski resort operators, particularly in southern Vermont, which draws more weekenders from Connecticut, New Jersey and the Albany and Long Island areas of New York than their Northern counterparts, said the quarantine will hurt.

The state’s spring pandemic lockdown closed restaurants and lodging establishments for months. The ski areas shuttered before the spring season was over, losing revenue. The combination of aggressive early shutdown measures and a deliberately slow reopening meant that Vermont came through the first wave of the pandemic better than many other places. It held cases and deaths — 59 as of earlier this week — far below those in neighboring states.

When out-of-state plates poured into Vermont at the end of the summer with the virus on the wane, businesses breathed a sigh of relief, praying the trend would hold into the winter. Stowe’s lodging occupancy rate reached a reassuring 69 percent in August, according to the Stowe Area Association, the town’s marketing organization.

But active cases spiked in late October and early November. This week the state recorded 122 cases in a single day, breaking a record previously set in April.

Vermont is hardly alone. States across American ski country are wrestling with the nationwide spike and adjusting travel and gathering guidelines accordingly. New Hampshire requires all residents of non-New England states to quarantine or test before arrival, as does Maine, which also requires Massachusetts residents to quarantine.

In the West, Colorado and Utah remain open to visitors with cautions against nonessential travel, while ski resorts in New Mexico announced this week that they would not be opening for Thanksgiving under orders from state health officials.

At the same time that he changed Vermont’s quarantine rules, Gov. Scott closed bars, banned multi-household gatherings and recommended that social get-togethers be limited to 10 or fewer people. The state has dispatched enforcement officers to bars, hotels and restaurants to carry out compliance checks.

Much of the thrust of the new regulations is directed at Vermonters themselves, since the state traced the recent spike to residents, not visitors. Hockey leagues in the state capital of Montpelier were found to be a chief source along with social gatherings, officials said. Even so, the prospect of out-of-state vacationers arriving for the holidays has locals worried.

“As a Vermonter I feel fortunate to live in this snow globe, this haven, we have this sense of pride that we’ve done this right,” said Eduardo Rovetto, the owner of Piecasso Pizzeria and Lounge, one of the biggest and busiest restaurants in Stowe. “But this is risky business. We are being abundantly cautious. But my lot is full of out-of-state plates,” he said, adding there was no way to know if patrons are abiding by the quarantine rules.

The lodging industry has been particularly hard hit by the pandemic, and hoteliers and resort owners formed a lobbying group in April to work with the state on pandemic messaging and guidelines, and on needed relief funds for the industry. The state recently made $75 million available to the hospitality sector, and another $2.5 million for ski resorts.

“A lot of businesses are going into winter with no money in their bank account,” said Walter Frame, chief operating officer of the famed Trapp Family Lodge in Stowe, “and many won’t make it.”

“We’re hanging on for dear life,” said Hans VanWees, the general manager of the Hotel Vermont, a luxury lakefront hotel in Burlington, referring to the statewide lodging industry.

The sector laid off about 65 percent of its staff statewide in the spring, said Mr. Van Wees, who has acted as a spokesman for the industry and a liaison with state government. Some properties have rehired some employees, but most hotels and inns continue to operate on bare-bones staffing, he said. The Hotel Vermont belongs to a group of three Burlington-area hotels where revenues for 2020 are down 75 percent year over year, Mr. Van Wees said.

Ski resorts, meanwhile, have been preparing for a challenging season, running with reduced staffing amid uncertain prospects. Ski area operators across the state said they expected revenues and skier-day numbers to be down significantly this season. Perhaps none more than Jay Peak Resort, where half of its business usually comes from Quebec. With the border closed “that’s all smoked,” said Steve Wright, Jay Peak’s chief executive.

There have been some bright spots. Season pass sales — both of multi-destination passes like the Epic and Ikon passes and those for independent areas like Bromley Mountain and Mad River Glen — have been strong, driven in part by assurances that passholders will get guaranteed lift-access and other privileges. Ski equipment has been flying off the shelves at many Vermont ski shops, owners reported. Cross-country and backcountry gear has been particularly strong, as customers seek to avoid alpine-resort crowds and Covid-era rules such as reserving ski or parking privileges ahead of time.

As of this week, ski areas across the state still had their opening days penciled in, with early season forerunners, Killington, Stowe and Stratton, cautiously aiming for Thanksgiving week, if the cold snap holds. Alpine and Nordic resorts have spent months laying the groundwork for a pandemic season. Distancing measures, including limits on unrelated parties sharing lifts, carefully designed distanced lift lines, limited lodge access, outdoor eating and warming spaces, and advanced online ticket purchases and parking reservations, are among the many measures resorts have adapted.

Mr. VanWees of the Hotel Vermont suggested an alternate way of looking at things. The pandemic guidelines, he said, “make Vermont worth visiting. Vermont is worth quarantining. Do it, then come to one of the safest places in America and enjoy the best skiing in the East.”