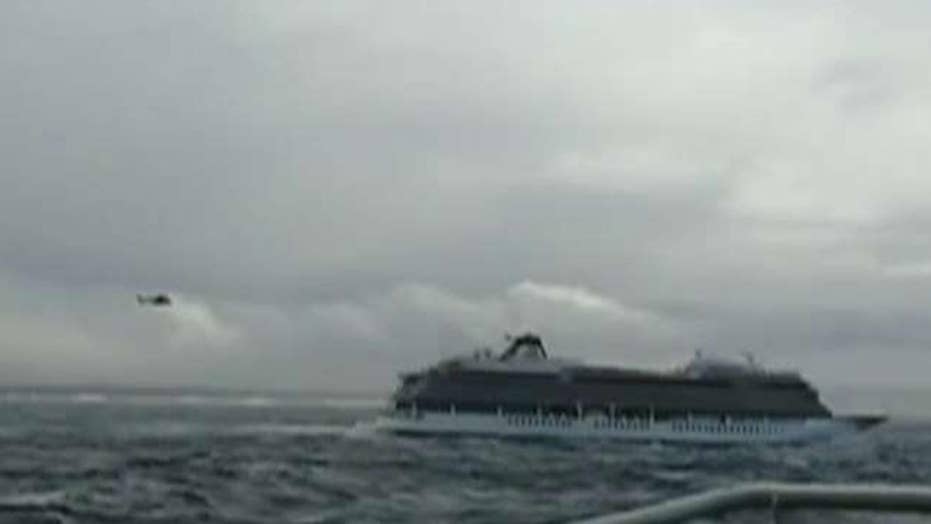 Helicopters needed to evacuate cruise ship off the coast of Norway

“Relatively low” oil levels on the Viking Sky triggered the cruise ship’s engines issues over the weekend off the coast of Norway, an official said Wednesday.

The vessel – which had more than 1,300 passengers and crew members on board – signaled for help on Saturday after its engines cut out amid stormy weather.

The “direct cause” of the ship’s problems was an insufficient amount of lubricating oil reaching its engines, Lars Alvestad, the acting director general of the Norwegian Maritime Authority, said, according to The Associated Press.

“The heavy seas probably caused movements in the tanks so large that the supply to the lubricating oil pumps stopped,” Alvestad said. “This triggered an alarm indicating a low level of lubrication oil, which in turn, shortly thereafter, caused an automatic shutdown of the engines.” 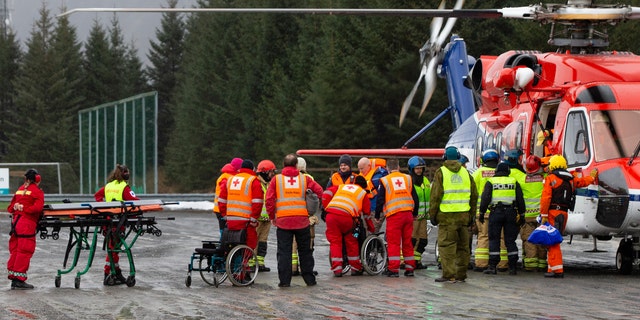 Passengers are helped from a rescue helicopter in Fraena, Norway, on Sunday after being rescued from the Viking Sky cruise ship.
(Svein Ove Ekornesvag/NTB Scanpix via AP)

The Viking Sky managed to drop anchor in a bay, allowing responders to begin the evacuation. Five helicopters were used to individually airlift passengers off the ship, as rough conditions ruled out evacuations by boat.

The rescue operation ended Sunday when the engines restarted after 479 passengers had been airlifted to land. The ship traveled under its own power to a Norwegian port with nearly 900 passengers and crew members remaining onboard.