MORE than 100 beaches across the UK are not safe to swim in, according to travel experts, after heavy rainfall has caused sewage to leak into the sea.

Storm Ellen has battered the country, with strong gales and downpours to continue this week. 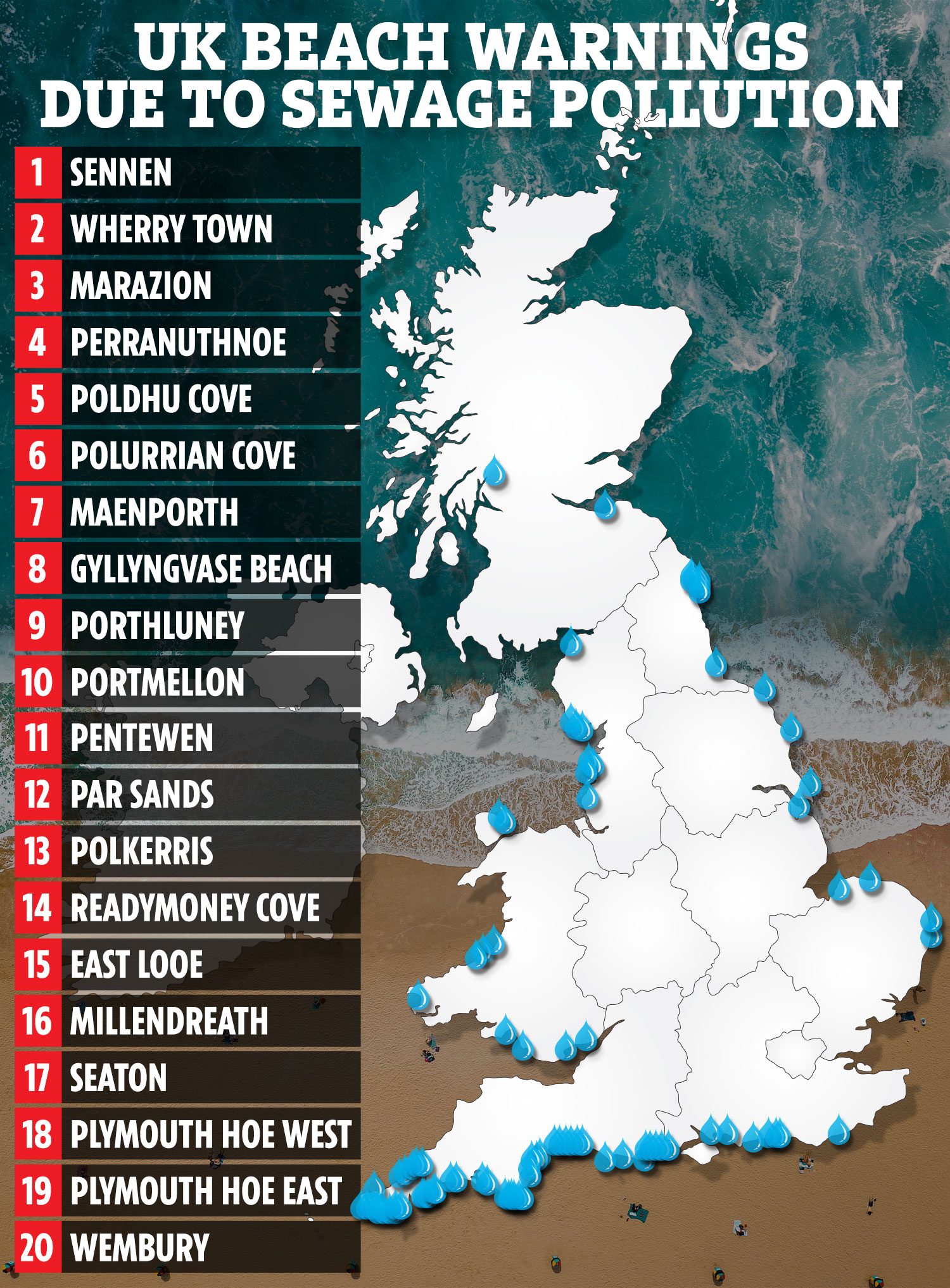 Winds of up to 66mph have been recorded in Wales as Storm Ellen hit Ireland and western parts of Britain, according to the Met Office said.

Surfers Against Sewage, who report on the safety of beaches around the country, have since issued a warning for 107 beaches due to sewage pollution.

Heavy rainfall can lead to full combined sewer overflows (CSOs), according to Southern Water, which is when large amounts of rain get into the sewers.

If there is too much in a short amount of time, then the facilities containing the sewage have to release some of the pollution into the ocean through pipes, to prevent it from coming up into streets and homes across the country.

However, this then means that the sea around the country could be unsafe to swim in.

A number of beaches, particularly in Cornwall and Devon, have the following warning: "Storm sewage has been discharged from a sewer overflow in this location within the past 48 hours." 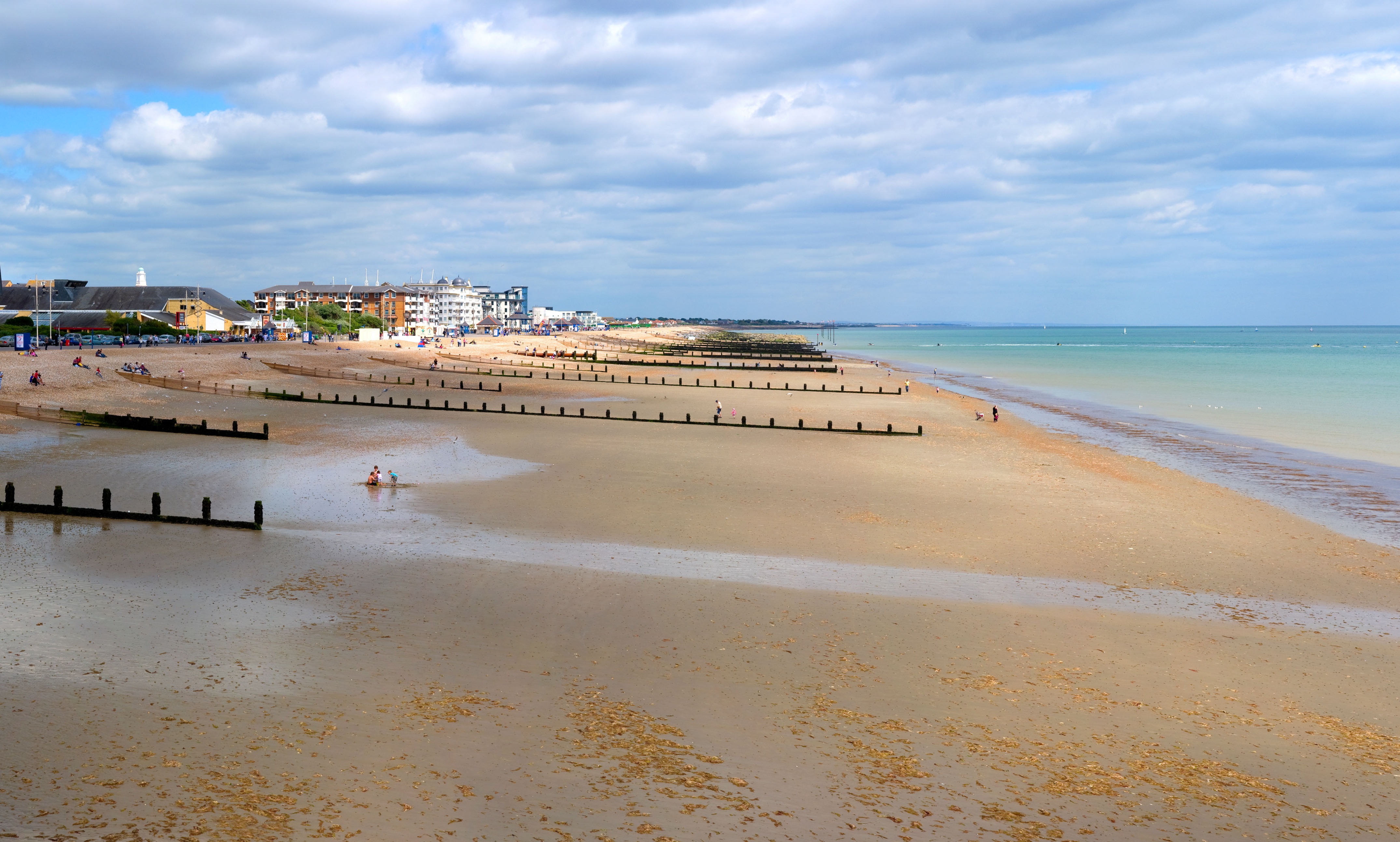 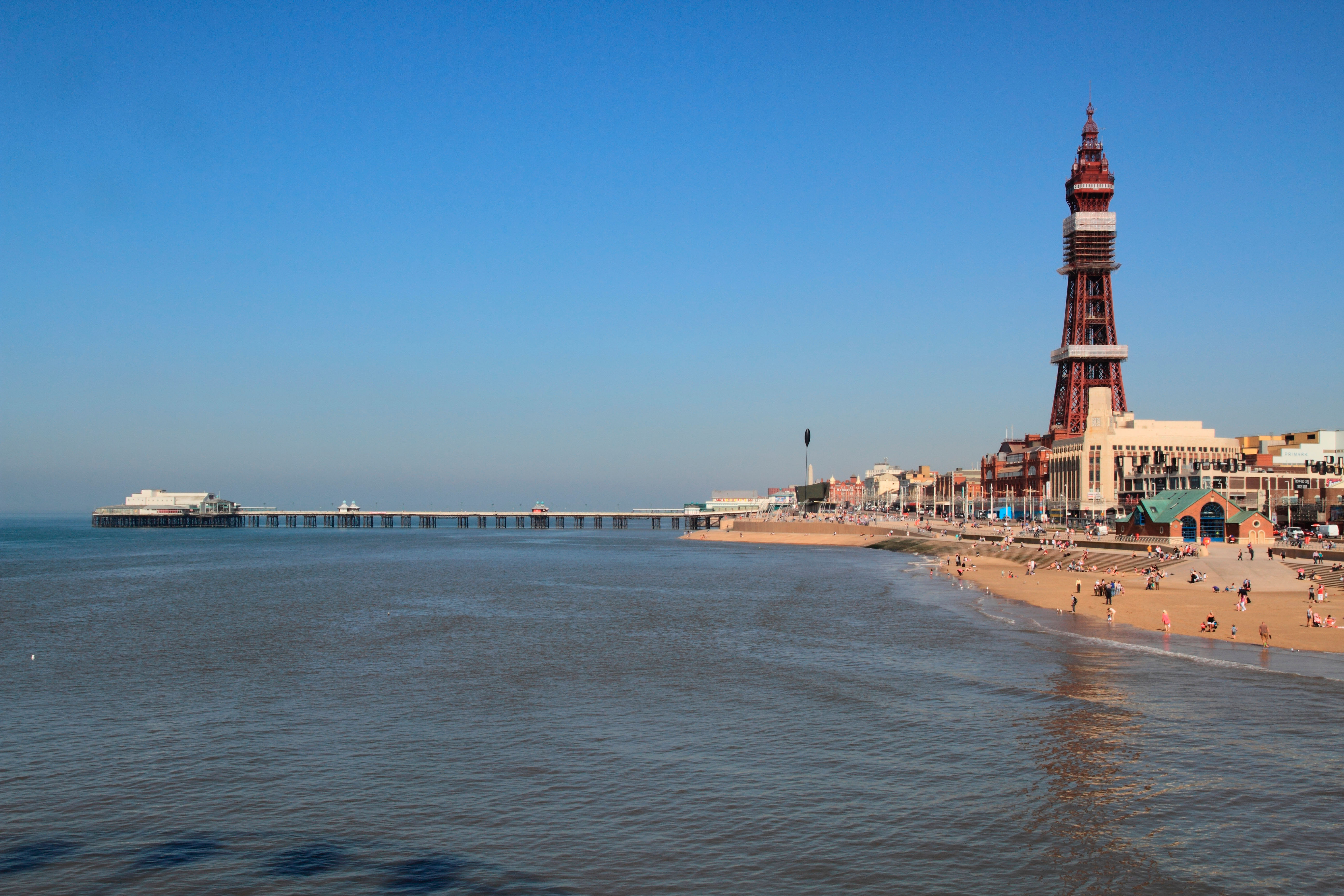 Other beaches are at risk, with the current warning: "Pollution Risk Warning: Bathing not advised today due to the likelihood of reduced water quality."

Beaches where it is not advised to swim include Blackpool, Bognor Regis and Bournemouth, as well as more than 50 across the south west coast.

Swimming in polluted water brings a number of health risks.

According to the NHS, the dangers of swimming in sewage-contaminated waters include getting diarrhoea and stomach bugs.

Surfers Against Sewage previously told Sun Online Travel: "During periods of reduced water quality, the risk of contracting bacterial, viral and other diseases associated with contact with faecal matter is significantly increased.

"Entering the water during periods of poor water quality could put you at risk of conditions including eye, ear, skin and throat infections, gastroenteritis, E. coli and hepatitis."

The storm, which includes the remnants of Tropical Storm Kyle and has been named by Ireland's Met Éireann, caused a day of heavy winds and miserable weather for Brits yesterday.

The Met Office has issued a series of yellow weather warnings to last until Friday, with travel disruption expected.

The stormy conditions come just a week after scorching temperatures across the UK with the mercury hitting 34C (93F) for six consecutive days.