Whey Aye! Plans are unveiled to build Europe’s biggest observation wheel in Newcastle that will be 16 FEET taller than the London Eye

Plans have been announced to build Europe’s biggest observation wheel in Newcastle that has been dubbed the Whey Aye.

Standing nearly 460ft (140m) high on the banks of the River Tyne, developers say it will be 16 foot taller than the London Eye.

The wheel will include a 11,960 square yard (10,000 sq m) LED digital screen in the middle, which will be used to communicate information about local culture and events as well as adverts. 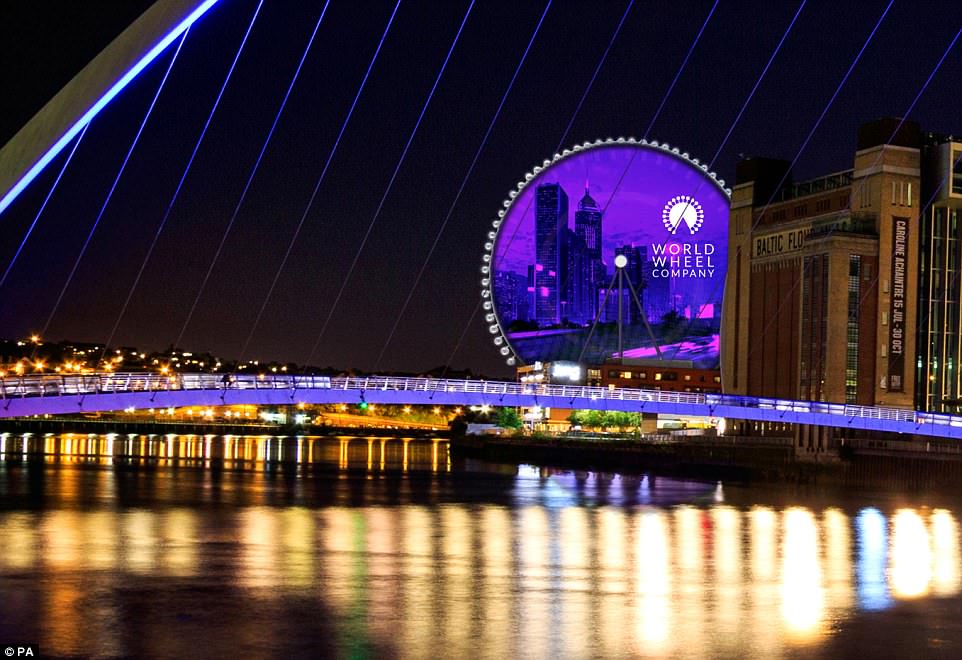 The proposed site is at the east end of the Quayside, on the site of the former Spillers’ Flour Mill.

Developers also hope it will create up to 550 jobs and see more than £100 million invested in the city.

Artist’s impressions show the wheel standing far higher than other famous landmarks such as the Tyne Bridge and the Angel of the North.

Included in the experience would be bars and restaurants and a visitor attraction called Giants of the North, which would celebrate the achievements of the region’s sports stars and business people through history. 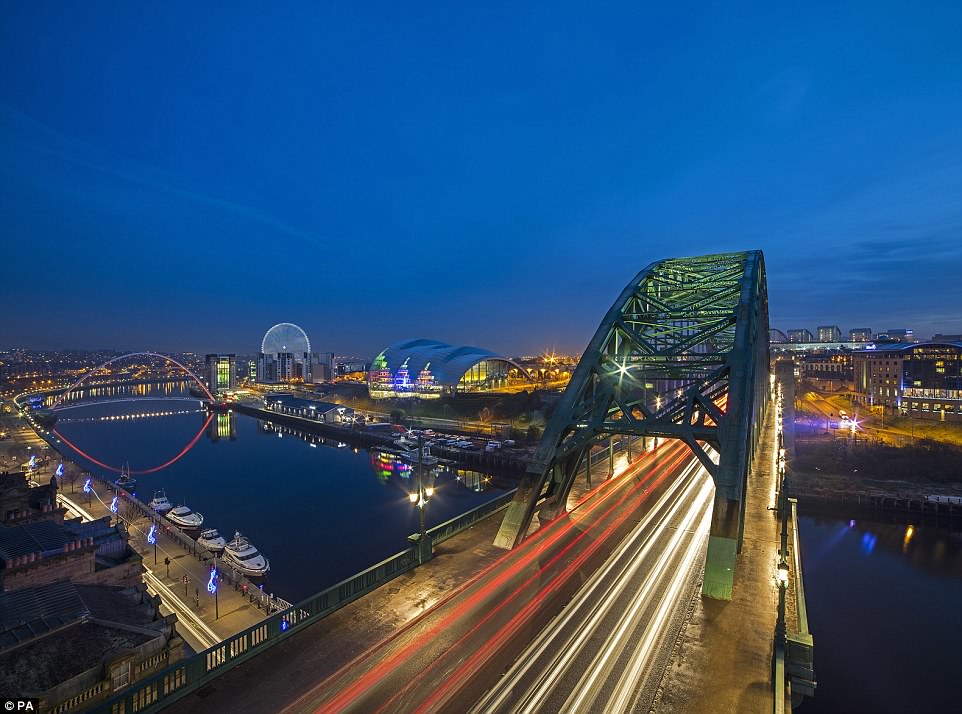 The proposed site  of the wheel is at the east end of Newcastle’s Quayside, on the site of the former Spillers’ Flour Mill

The plans were announced today by the World Wheel Company, which has built and operated giant observation wheels and family entertainment centres around the globe.

It said visitors would be taken on a 30-minute ‘flight’ on the Whey Aye – the company’s phonetic rendering of the enthusiastic Geordie phrase ‘why aye’.

It hopes to attract 800,000 visitors in the first year and a detailed planning application will be submitted later this year.

Former England and Newcastle United footballer Alan Shearer, who hails from the city welcomed the plans, saying: ‘I think it would be great news for Newcastle. 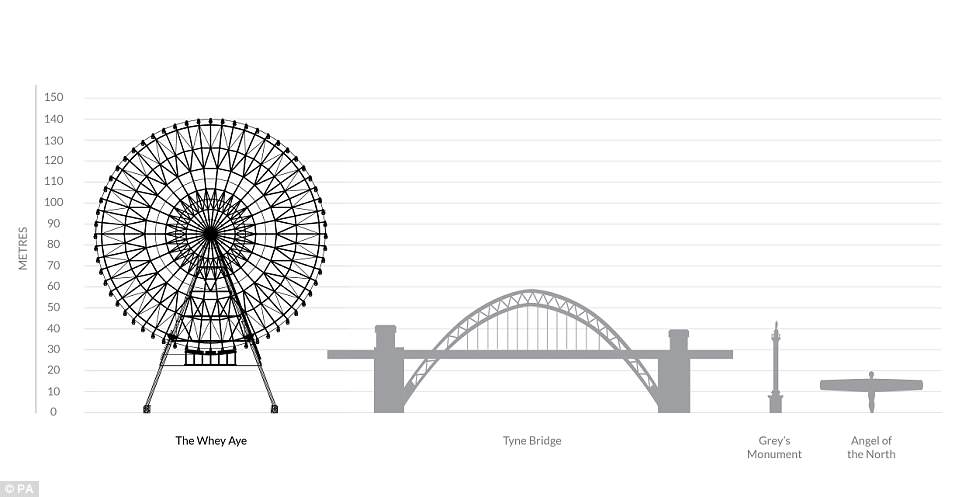 A scale drawing showing how tall the proposed wheel would be in comparison to other Newcastle landmarks including the Tyne Bridge, Grey’s Monument and the Angel of the North

‘It’s just what the city needs – a new iconic attraction that celebrates our rich history and culture, while creating jobs and income for the people.

‘A development like this would have my full support.’

Phil Lynagh, chief executive officer of World Wheel Company’s Newcastle operation, added: ‘This is without doubt one of the most exciting investment and regeneration projects in the UK, if not the world.’