It’s a nip of Scotch on a blustery day.

But surrounded by the moody, blackened stone walls of Old Pulteney Distillery and the smell of malt, this dram is extra special. 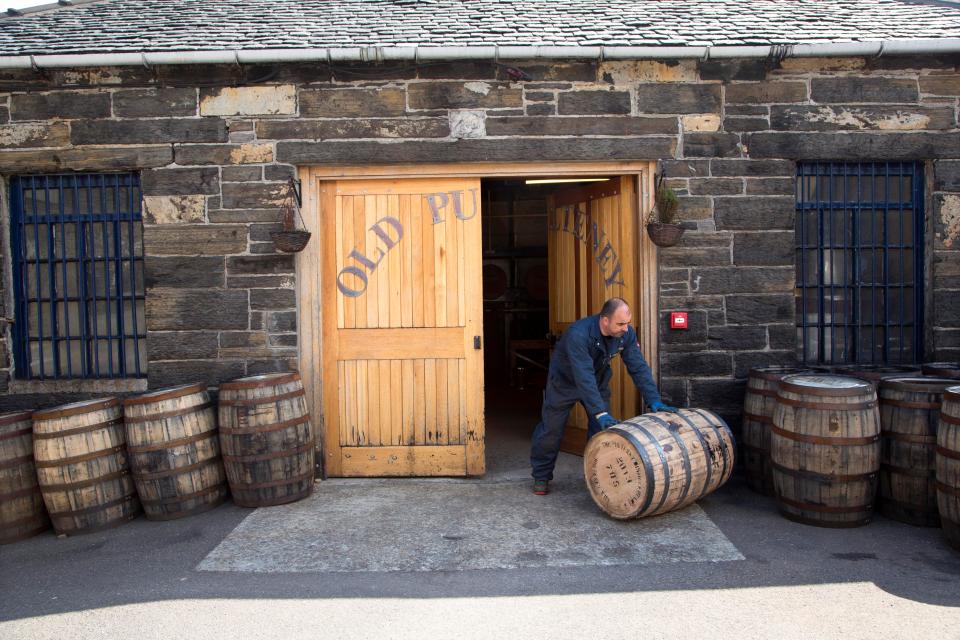 I’ve just been on a twisting drive up from Inverness Airport along the stunning A9.

After two hours we arrive at the distillery in Wick, where they have been making whisky pretty much the same way for over a century.

Old Pulteney, like many of Scotland’s 100-plus traditional distilleries, does advance-booking tours.

For those of you who don’t have a clue how whisky is made — myself included — this is a perfect way to see and taste every stage. 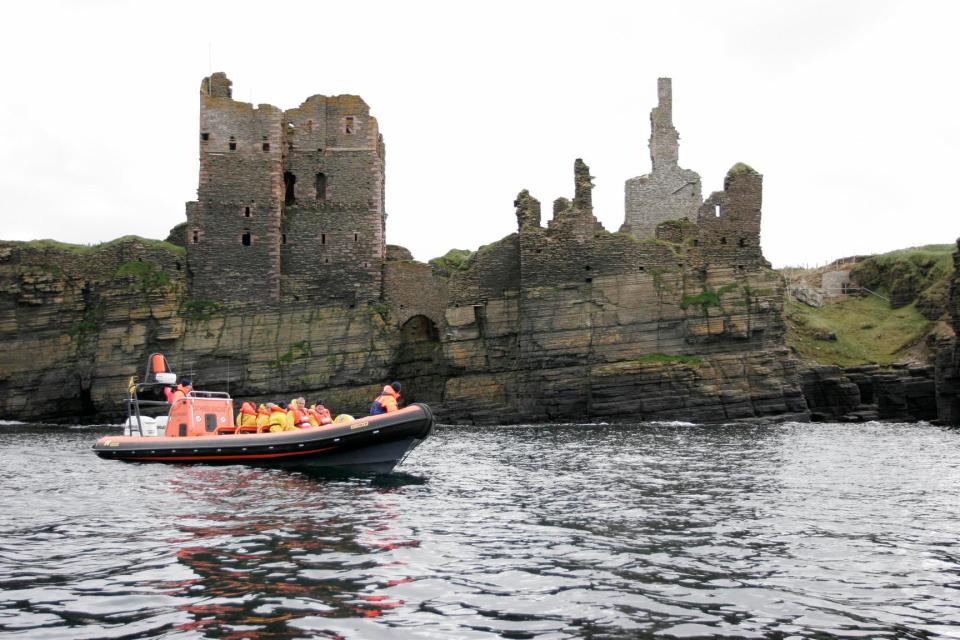 It’s like a scene from Peaky ­Blinders or Willy Wonka’s Chocolate Factory, with blackened Caithness sandstone walls and vast wooden doors and beams.

But modern, stainless steel piping pokes out and grand copper stills are within.

The stages include malting, mashing, fermentation, distillation and maturation.

But first it’s the warm, malty smell of the warehouse that hits you.

There are pipes everywhere.

We’re shown a bright red milling machine that has been in situ for 98 years and there are new copper-clad vats, where the crushed malt is combined with fresh water from a local loch.

Next, up a wrought iron staircase, to taste the results of fermentation — a foamy, boozy beer that will one day become a dark whisky. Tastes great. 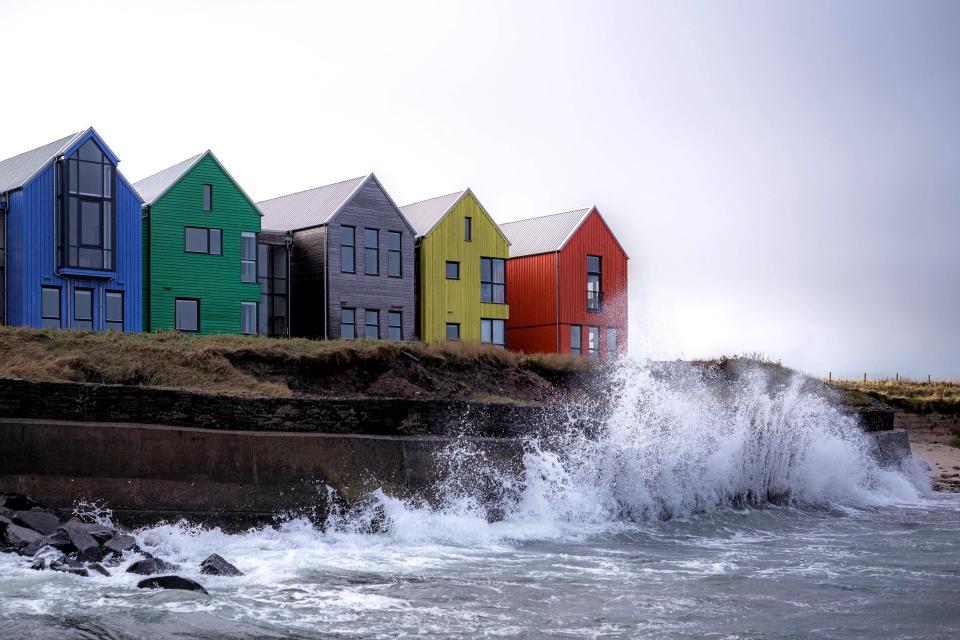 Then we see the signature stills, the magic copper vessels that create the spirit and are hot to the touch.

Old Pulteney’s stills have a unique swan-shaped neck, like their bottles.

The result, before casking, looks more like vodka or gin than whisky. That’s where the barrels come in.

Many of them are old American bourbon casks, but some are from Spain.

Now into a warehouse, with thousands of rustic, wooden barrels — time for a tipple.

It’s more waxy and less peaty than other Scottish whiskies, and a tad salty. And at 28 quid it’s not too dear.

It has been part aged in ex-Oloroso sherry casks and has a slightly toffee but spicy taste.

Next, into Wick, a small town with a population of roughly 7,300 that thrived during the herring boom of the 1900s — now long gone. 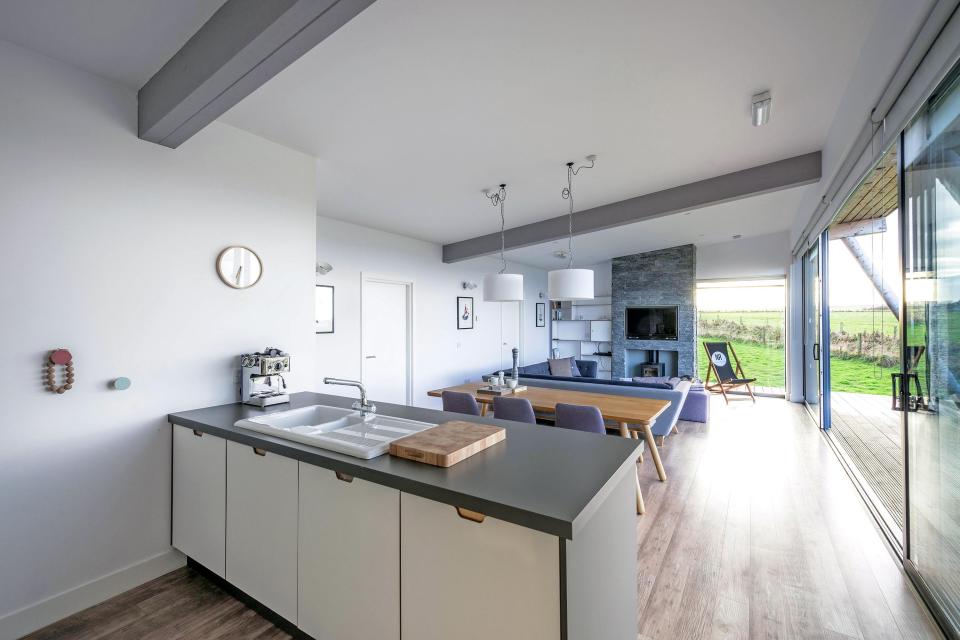 I learn more from the Wick Heritage Museum, a trove of local history that includes the top of the old lighthouse, which still works.

Then there’s the half-hour drive to John o’ Groats for a night’s kip.

I’m staying at the stunning Natural Retreats, a recently revamped coastal pile that has been extended with a funky wood-clad extension.

Next, it’s time for puffin-spotting with ­Caithness Boat Tours.

Within minutes, the choppy waves get seawater all over me — but the salty, sea air is a perfect hangover cure.

We head south down the coast, where there are some incredible caves carved out of the stepped 200ft cliffs.

Our tour guide tells us there have been hundreds of shipwrecks on these perilous rocks.

There are a few wrecks on our boat too, after the previous day’s ­drinking.

The sight is bleak but beautiful, and we head into magnificent caves and under proud cliff arches before heading back into port with the afterburners on.

Time for a drive to Inverness and a flight home. What a place. And what a dram… won’t someone pour me another?

GETTING THERE: Easyjet has flights to Inverness from Gatwick, Luton and Bristol with prices from £24.68 one way. See easyjet.com.

STAYING THERE: Natural Retreats John o’ Groats has rooms at the Inn from £76 per night, apartments from £106 and luxury lodges from £113. See naturalretreats.co.uk.

OUT & ABOUT: Old Pulteney Distillery tours are from £8. See oldpulteney.com. Caithness Boat Tours are from £19. See caithness-seacoast.co.uk.