But one woman has taken the “home away from home” feel a little too far. 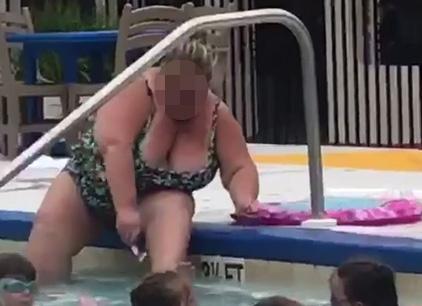 A video shared on Reddit has revealed a female guest shaving her legs in a busy hotel pool.

As several children swim within a metre’s distance of her, the woman passes the razor up her calves and thighs, while SAT on the pool steps.

No other guests appear to bat an eyelid at the behaviour, apart from the person filming the clip.

The picture, which has been upvoted more than 50,000 times on the internet forum, has attracted more than 1,653 comments since it was posted 15 hours ago by a user called Screwsausage. 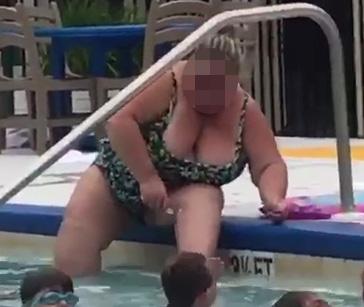 One commenter said: “That is so disgusting.

“Imagine the inadvertent gulp of water that sometimes happens when you’re swimming.. with all the shaved hair in it.”

Another added: “Even worse, she nicks herself with the razor and now there's blood in the pool and she's bound to get an infection.”

But while the footage is shocking for most viewers, seasoned public pool staff claim that it was just a drop in the ocean compared to what the witness on a regular basis.

One commenter called Muh_feelz said: “I used to work at a public pool and for whatever reason they attract the worst of humanity.

“I would never swim in a public pool after that experience.”

It’s not just badly behaved guests by the pool that are putting hotel regulars off though.

Instead of throwing on a pair of shorts and a T-shirt, these holidaymakers are helping themselves to the self-serve buffet in
flannel PJs, dressing gowns and slippers.

Many have taken to the internet to shame the culprits, sharing their disgust at eating their eggs and bacon next to such dishevelled human beings everywhere from Mumsnet and Quora to Twitter and Facebook.