The top 25 most popular beaches in the world on Instagram have been revealed and the UK has made it into the top ten. 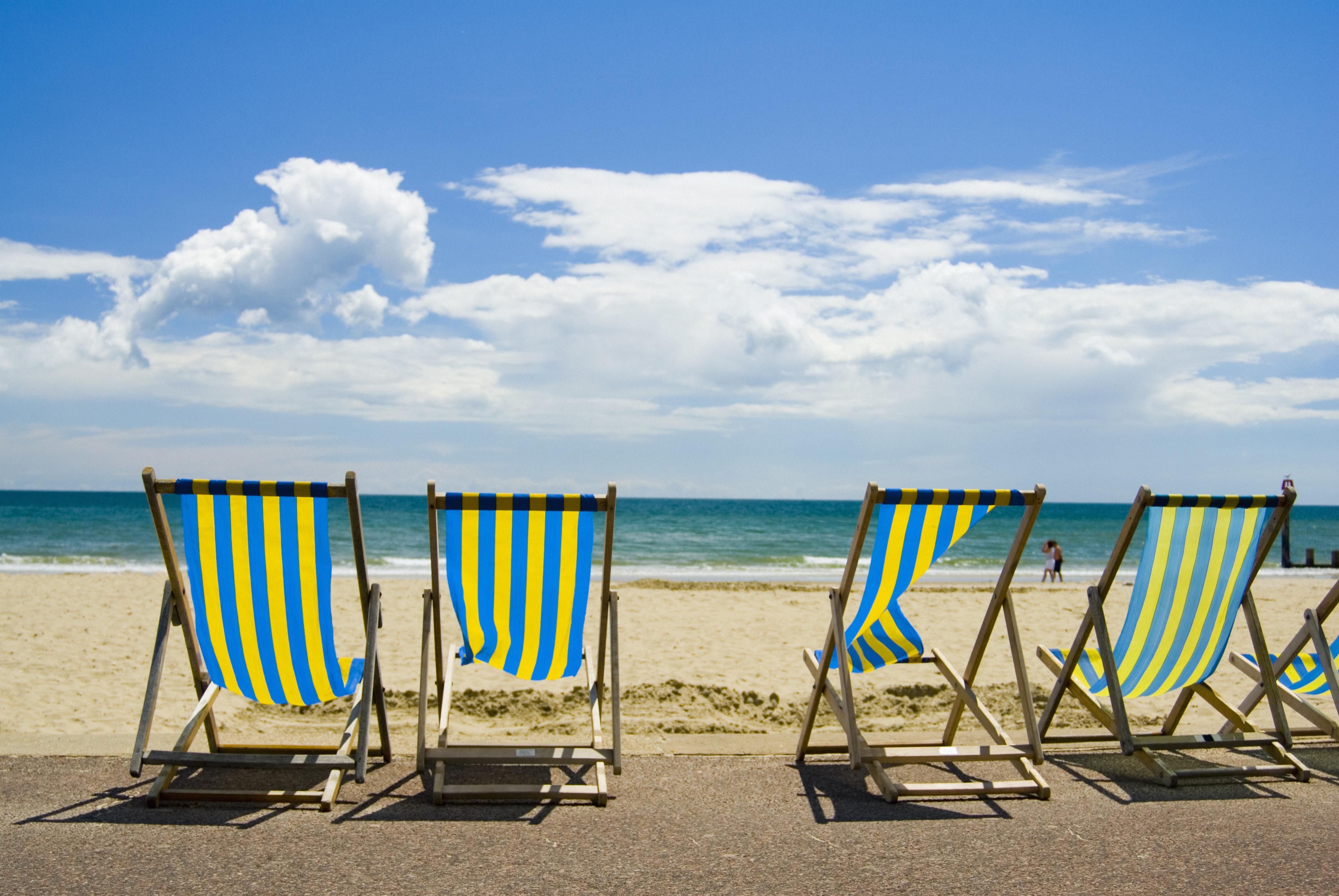 Travel Supermarket has found which beaches are the most hash tagged in the world with Bournemouth coming in at number seven.

Read on to find out which beaches are featuring most on Instagram – it might just give you some inspiration on where to book your next holiday.

This beautiful beach in the Whitsunday Islands in Oz has over 129,000 Instagram hash tags and counting – and it's not hard to see why. 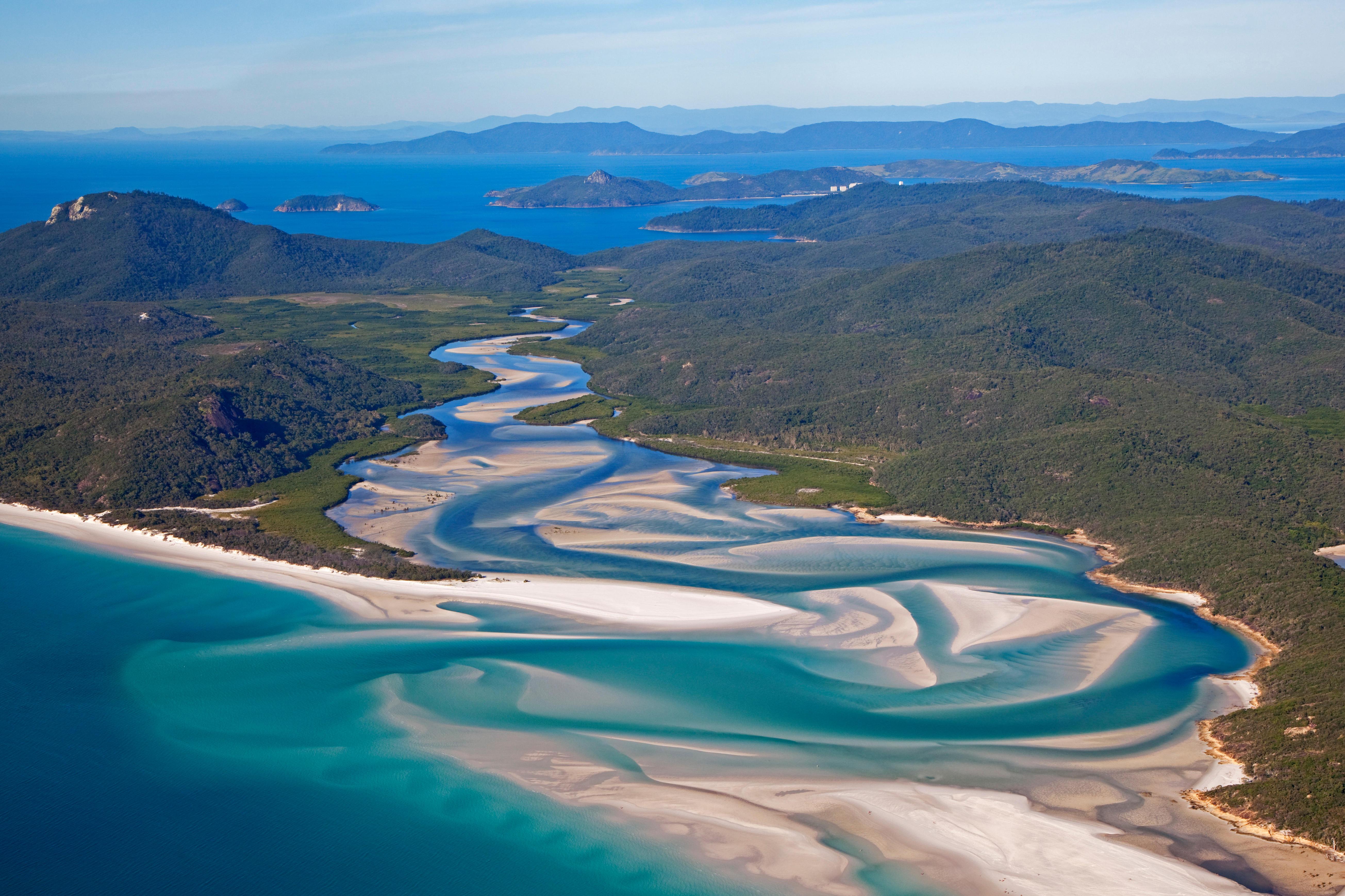 The beach is 4.3 miles long and you can get there by boat, seaplane and helicopter from nearby Airlie Beach and Hamilton Island.

Its white sands are unusual as they don't retain heat, so you can walk along them barefoot even in the middle of the day.

Add in pristine turquoise sea and you've got the most perfect setting for an Instagram photo ever. 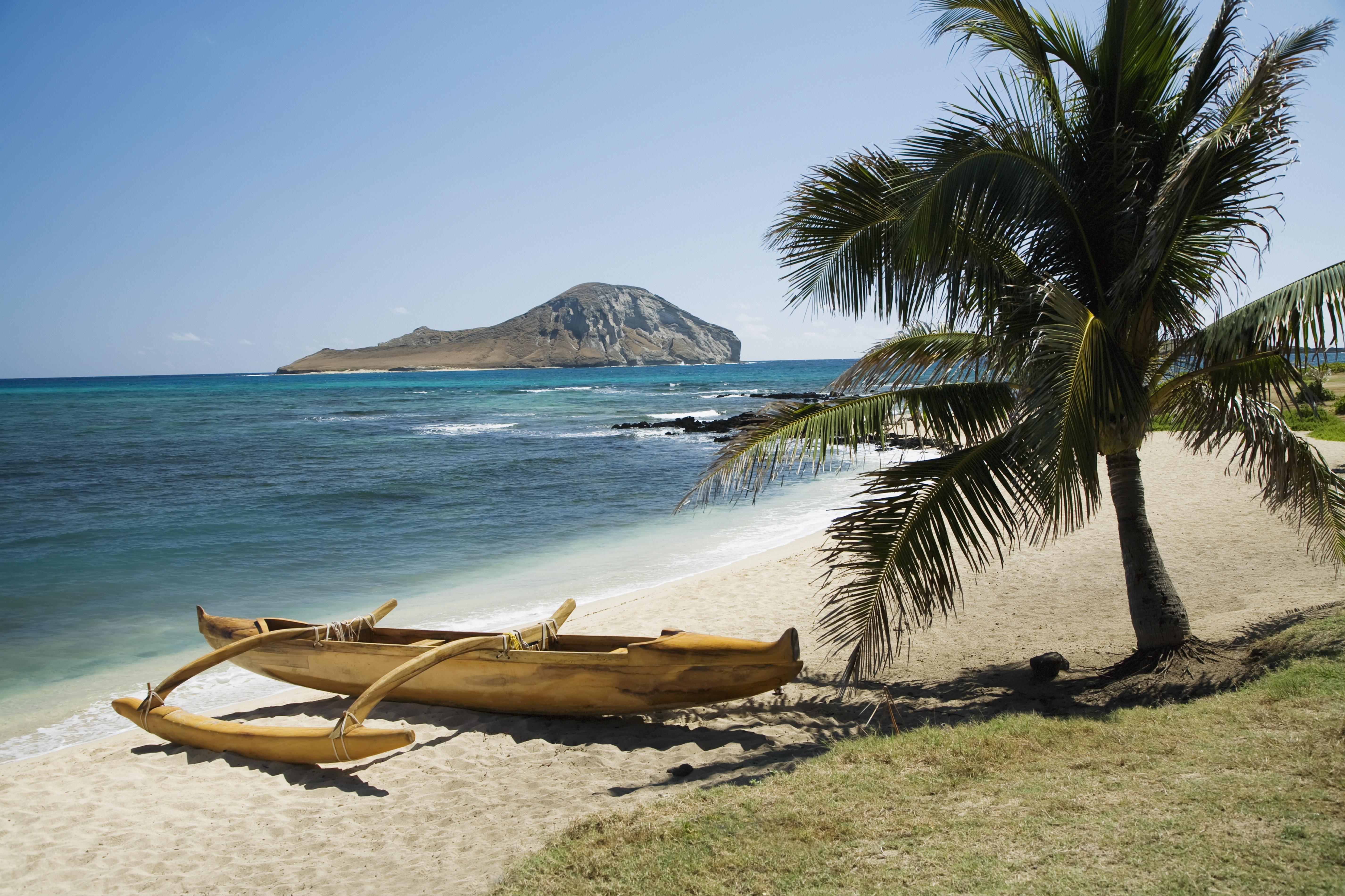 Lanikai Beach in Oahu is second on the list with over 117,000 Instagram photos posted and hash tagged.

The beach is half a mile long and the name translates to "heavenly sea".

The warm waters are between 24 and 26 degrees – which makes our British beaches decidedly chilly in comparison. 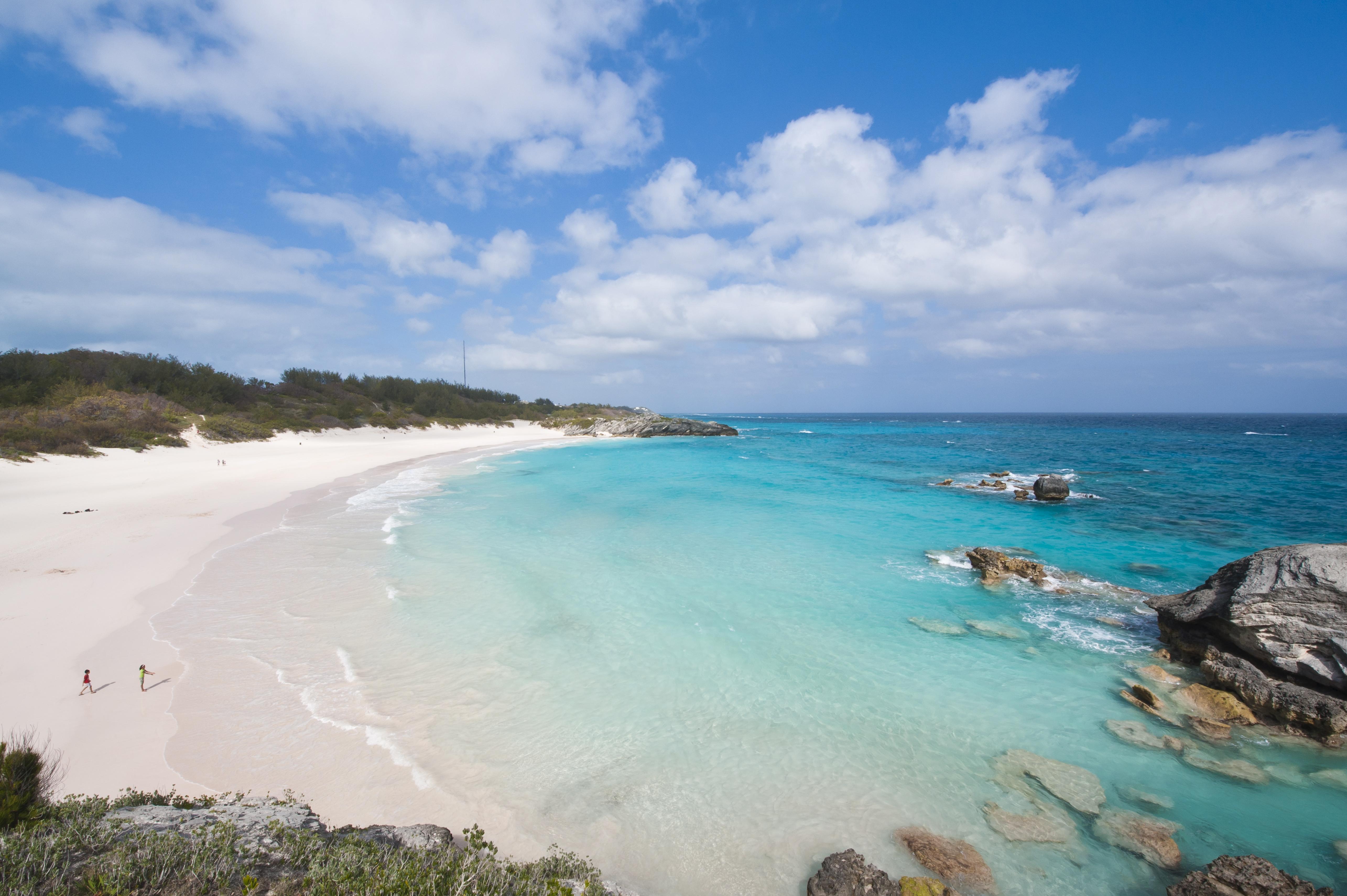 With over 90,000 Instagram photos posted from here, Bermuda's Horseshoe Bay comes in third place on the list.

It's the most famous beach on the tropical island of Bermuda and has beach volleyball tournaments and New Year's parties each year.

The sand also has a pink tinge which makes for even more stunning photos. 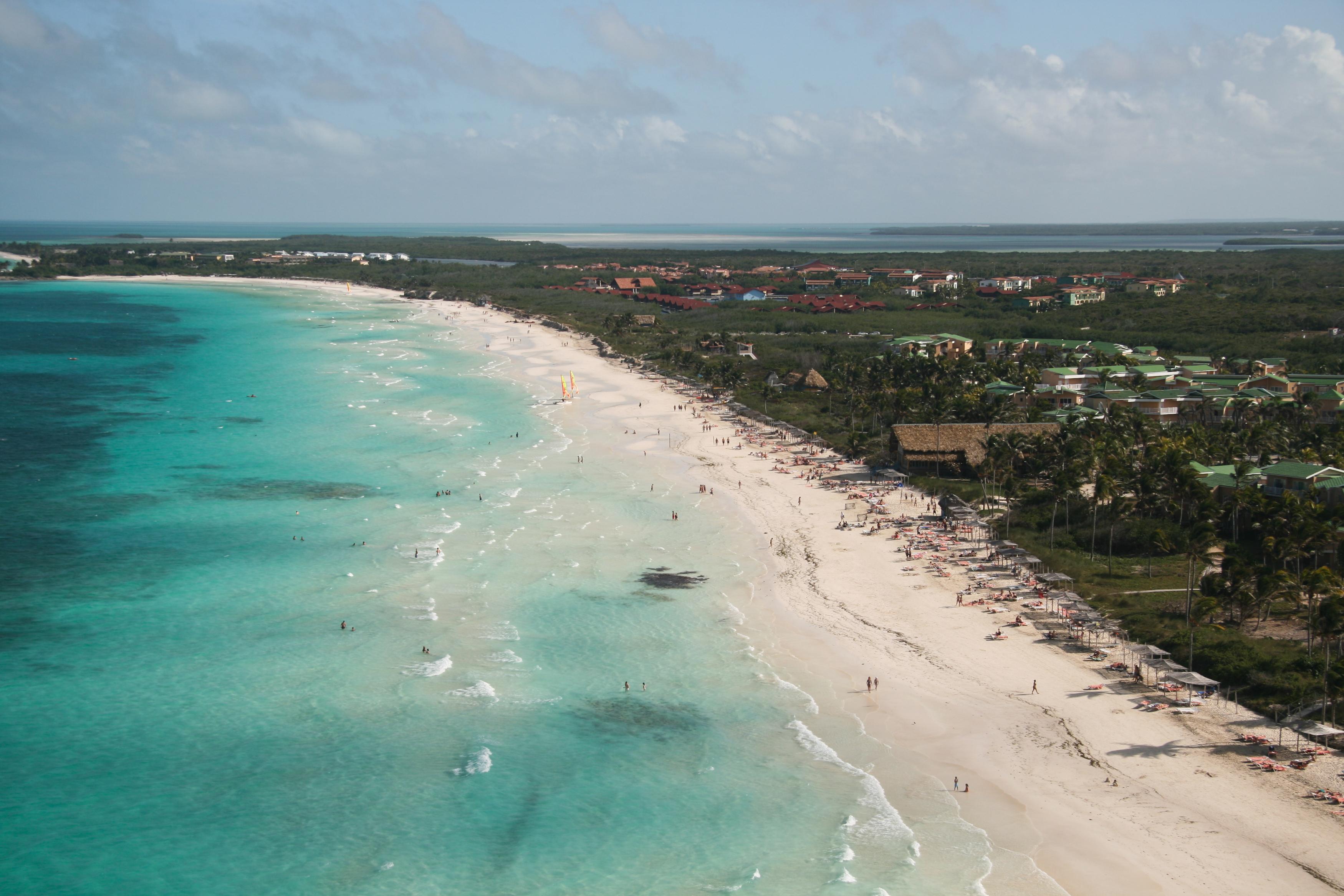 It used to be used by buccaneers in the early Colonial times and is now home to many resorts and hotels.

You'll also find pink flamingos on this beach – which has one of the largest populations of them in the world. 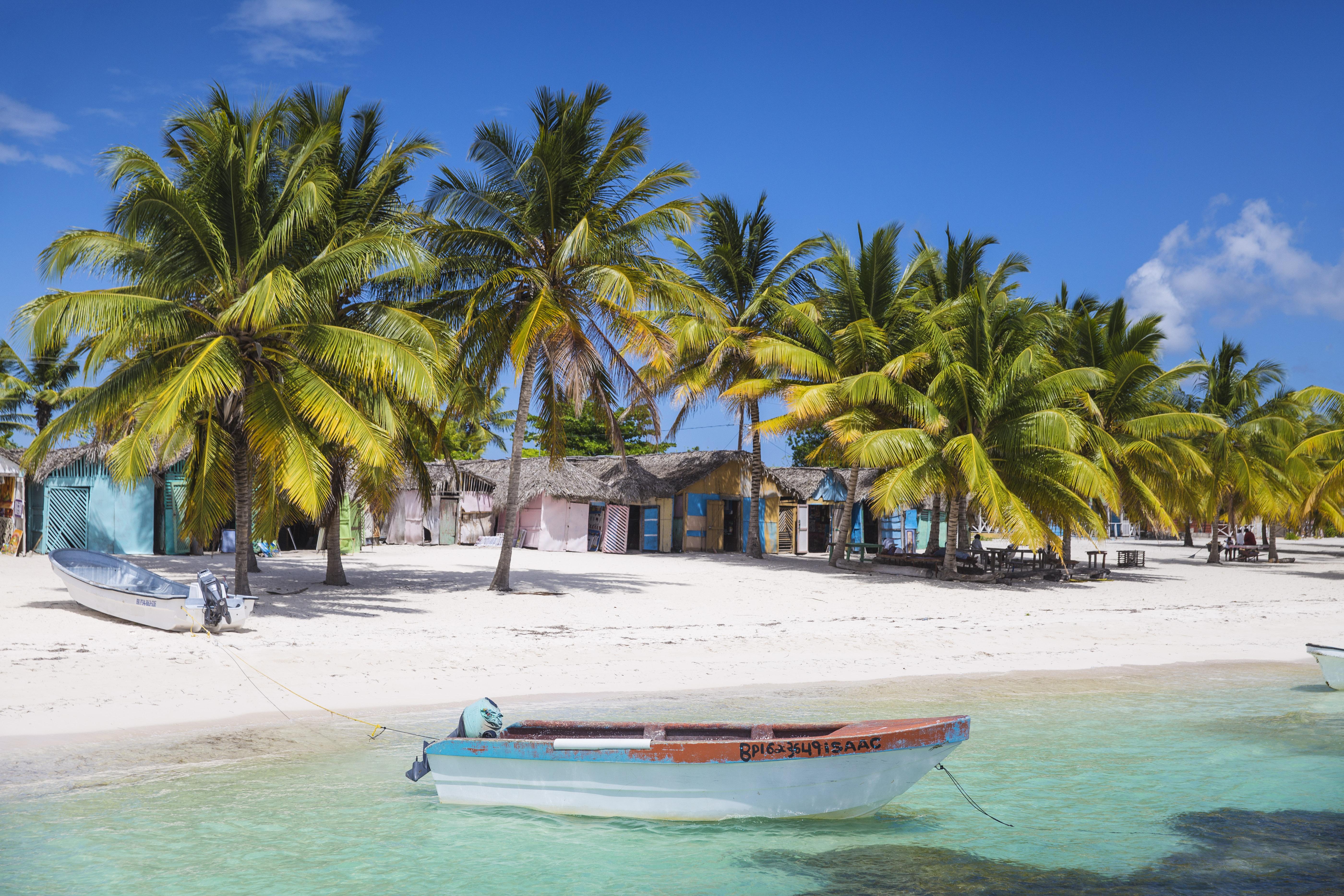 Bavaro has a Blue Flag and is the perfect place to go snorkelling due to its crystal clear waters.

There have been more than 83,000 Instagram photos posted from the beach and its endless white sands.

The town is a large and popular resort and is also nearby to Uvero Alto, Roco Ki and La Vacama beaches. 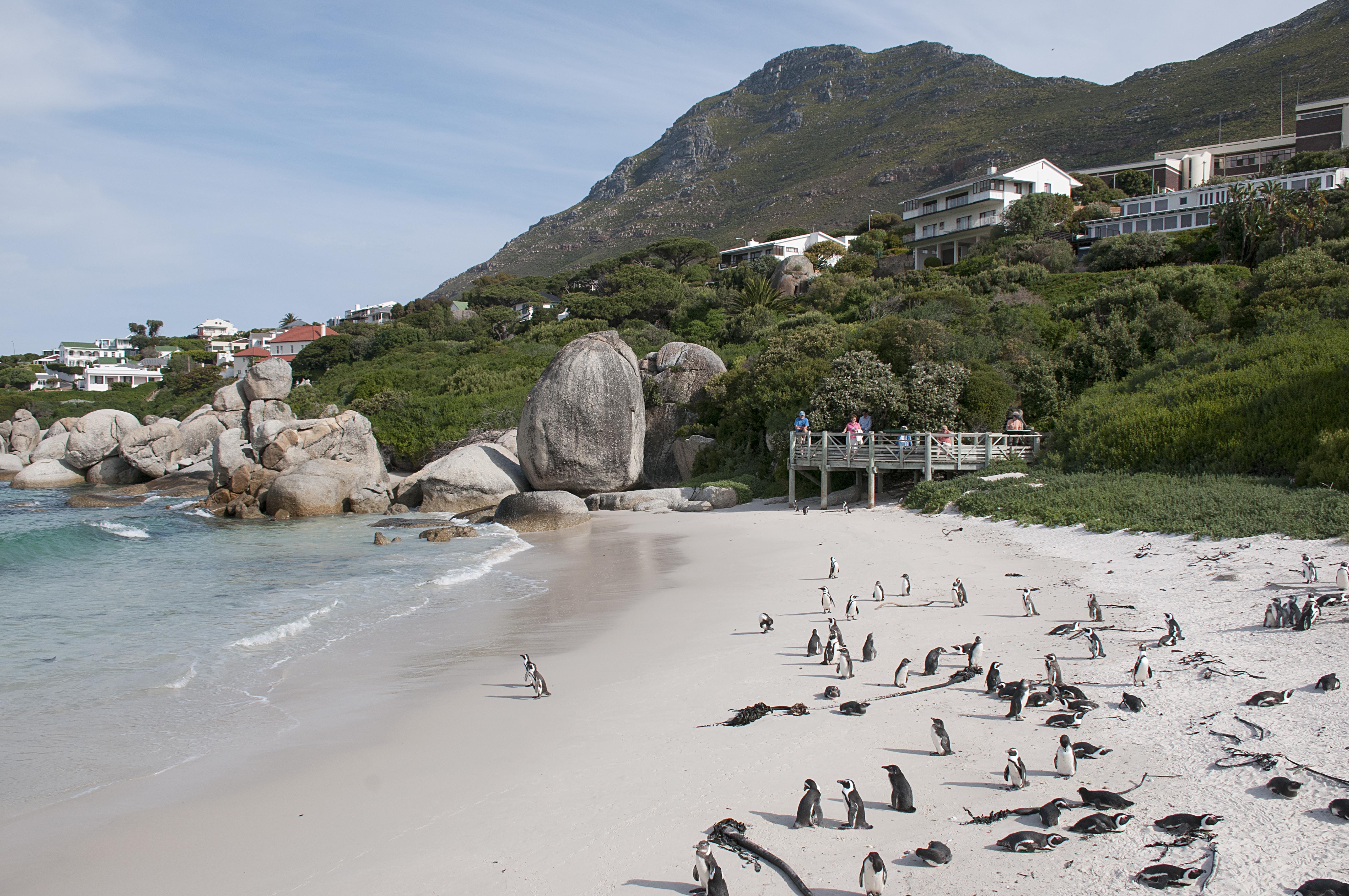 One of Boulders Beach's biggest pulls is its penguin population – although it's mostly penguins that visit here rather than tourists and the birds are protected by Cape Nature Conservation.

Still, over 77,000 Instagram photos have been uploaded from the stunning beach which is surrounded by cliffs and hills.

Located in the Cape Peninsula, it's also close to Table Mountain National Park. 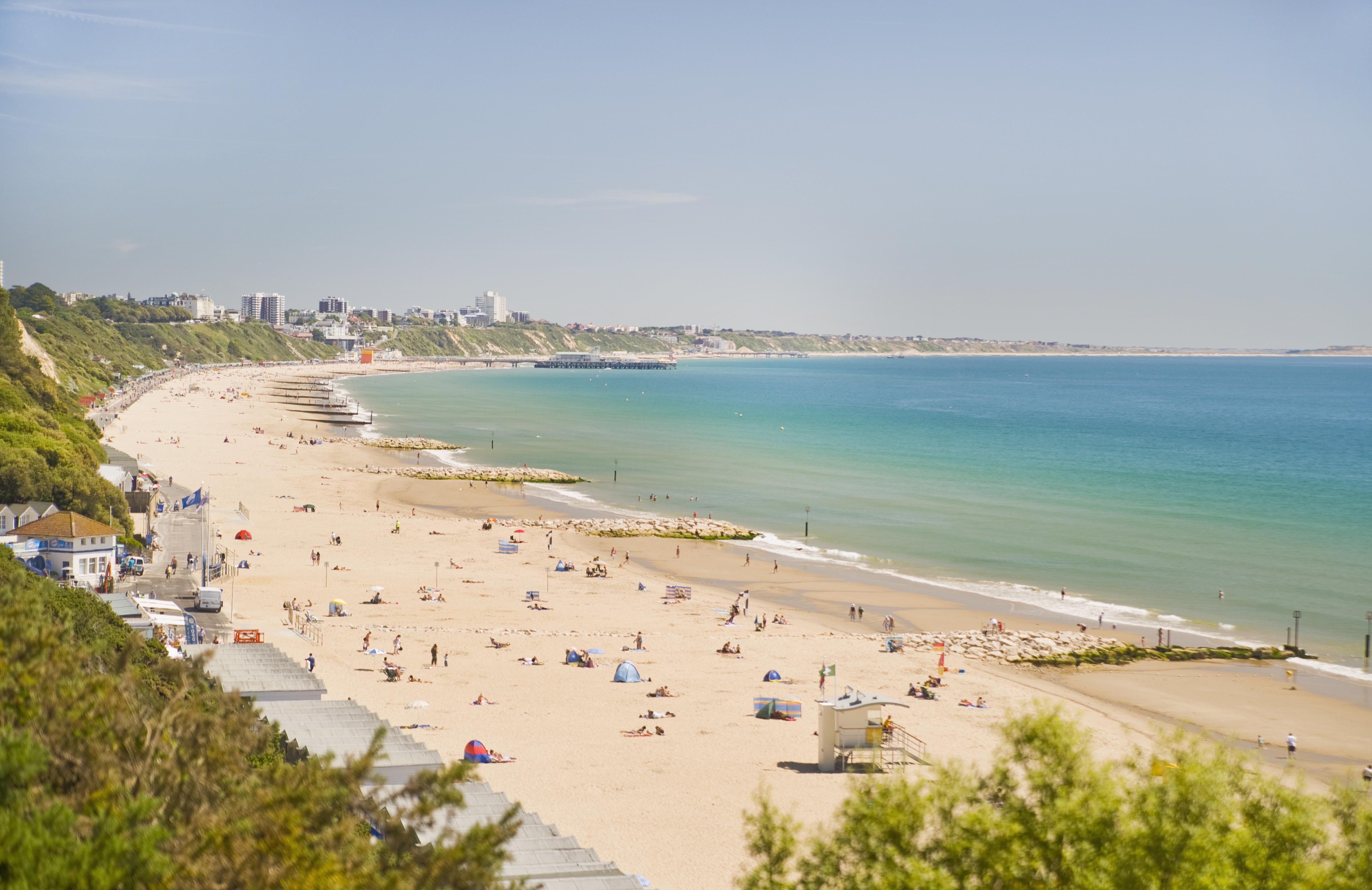 Bournemouth's seven mile stretch of sandy beach has something to offer everyone and it has produced over 72,000 Instagram photos.

It boasts traditional seaside attractions, beach huts for hire, water sports and stunning views of the Isle of Wight and the Purbecks.

The bay also has its own micro-climate, giving it some of the warmest sea temperatures in the UK. 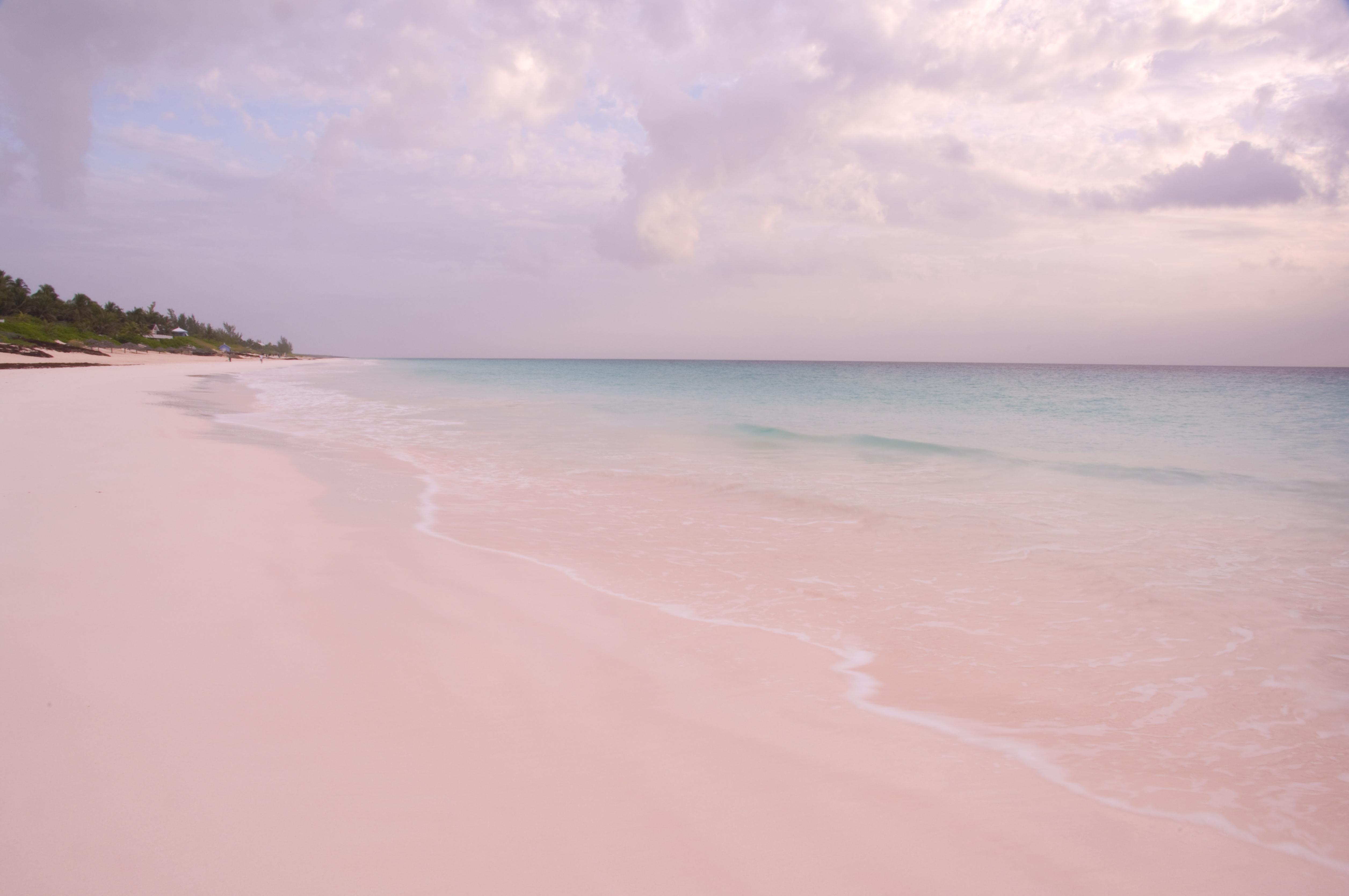 Pink sands are a surefire hit when it comes to Instagram and there's a whole three miles of them at this beach.

The pink tinge comes from microscopic organisms called foraminifera which have red or pink shells.

Tourists like to visit here to go snorkelling as well as horse riding along the shores. Ao Nang beach in Krabi in Thailand has conjured up 60,000 Instagram photos to date but is actually relatively quiet during the day as the beach gets so hot.

Longtail boats dock on the beach, which is a good place to go for diving trips and for snorkelling.

The dramatic limestone cliffs are a big pull for those hoping to get a really good shot for social media. 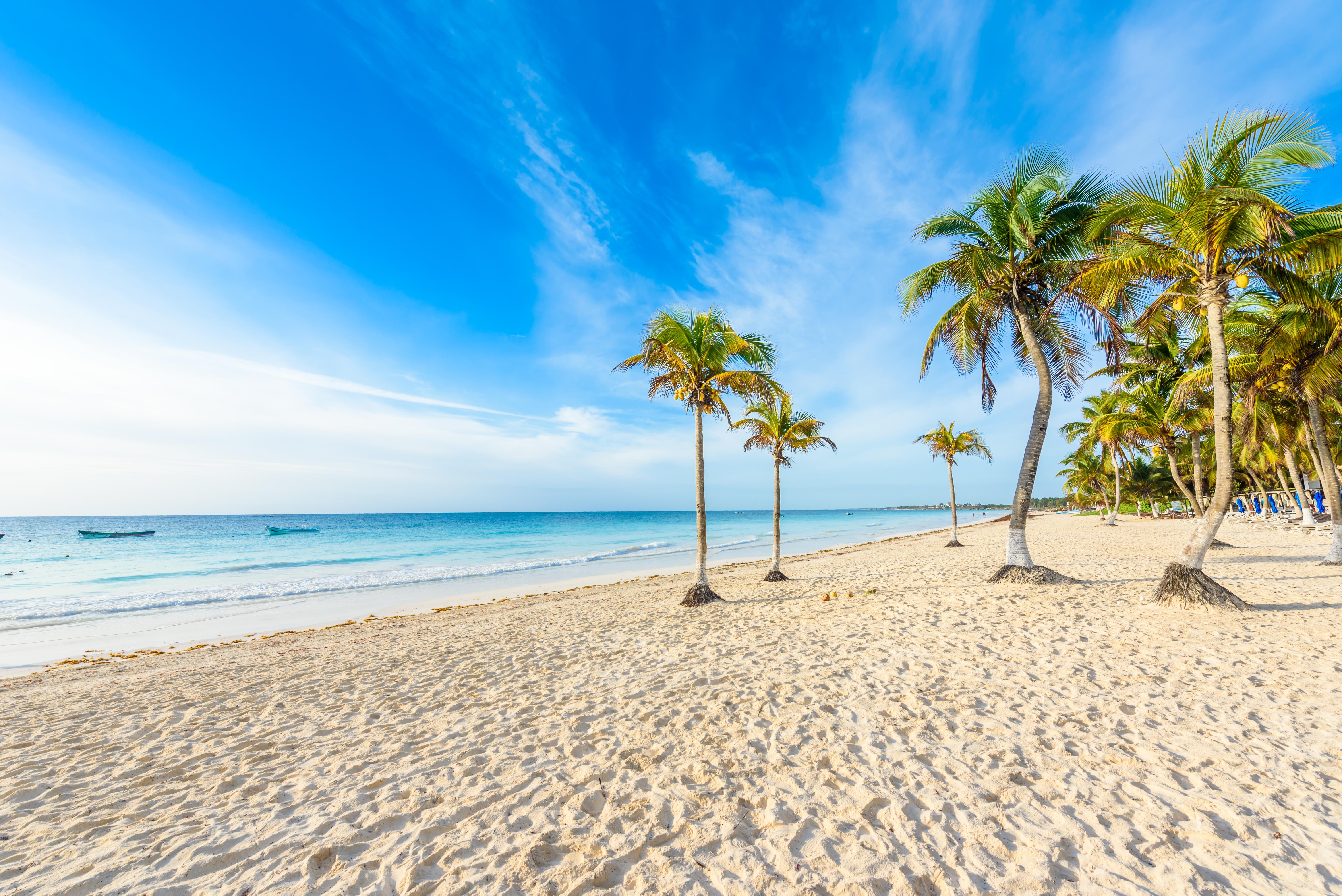 This Mexican beach has had over 60,000 Instagram shots taken from it and counting.

Situated in Tulum, its name means "paradise beach" in Spanish.

Nearby to the beach you'll find Mayan ruins and the water is warm enough to bathe in all year round.

Sun Online Travel previously revealed the best cheap seaside resorts in the UK – based on the price of a pint and an ice cream when you get there.

Maya Bay Beach also recently shut to tourists after it was completely inundated following its appearance in 2000 film The Beach.

The British seaside has also been celebrated in a new book – as Brits take staycations this year to save money.