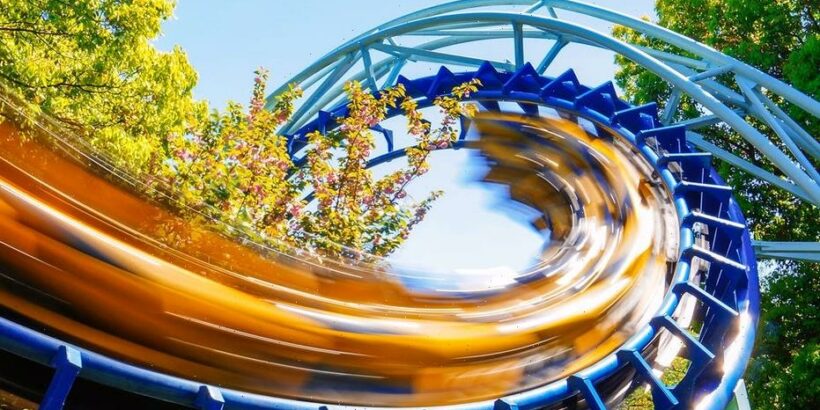 As theme parks across the country are preparing to fully reopen this summer, one park in New Jersey is hoping to make a big splash this season. After announcing the ride before the pandemic started, this park is ready to unleash a ride that’s reportedly the world’s tallest roller coaster.

Six Flags Great Adventure in New Jersey is debuting the Jersey Devil roller coaster on Sunday, June 13th. According to the park’s official website, the ride hits speeds of nearly 60 miles per hour and stretches for nearly 3,000 feet.

Fox News previously reported that plans for the ride were first announced in August 2019, though the attraction’s scheduled opening for summer 2020 was delayed because some parts were not able to be produced due to the coronavirus pandemic.

While the final piece of orange track was laid into place in January of this year, there was still more work to be done before the Jersey Devil could open to the public. At the time of the report, a link lift, ride station, ride controls and train cars still need to be installed, plus testing and inspections.

According to the park’s website, the coaster is described, “The world’s tallest, fastest, and longest single rail coaster, Jersey Devil Coaster, will debut Sunday, June 13. Make your way to the park and great ready for maximum speed, twists and turns. The coaster hits 58 miles an hour with a 130-foot drop. Towering 13 stories high, the coaster takes riders over 3,000 miles of track.”