A recent survey by the Sun On Sunday revealed that five per cent of Brits have got laid in the air. 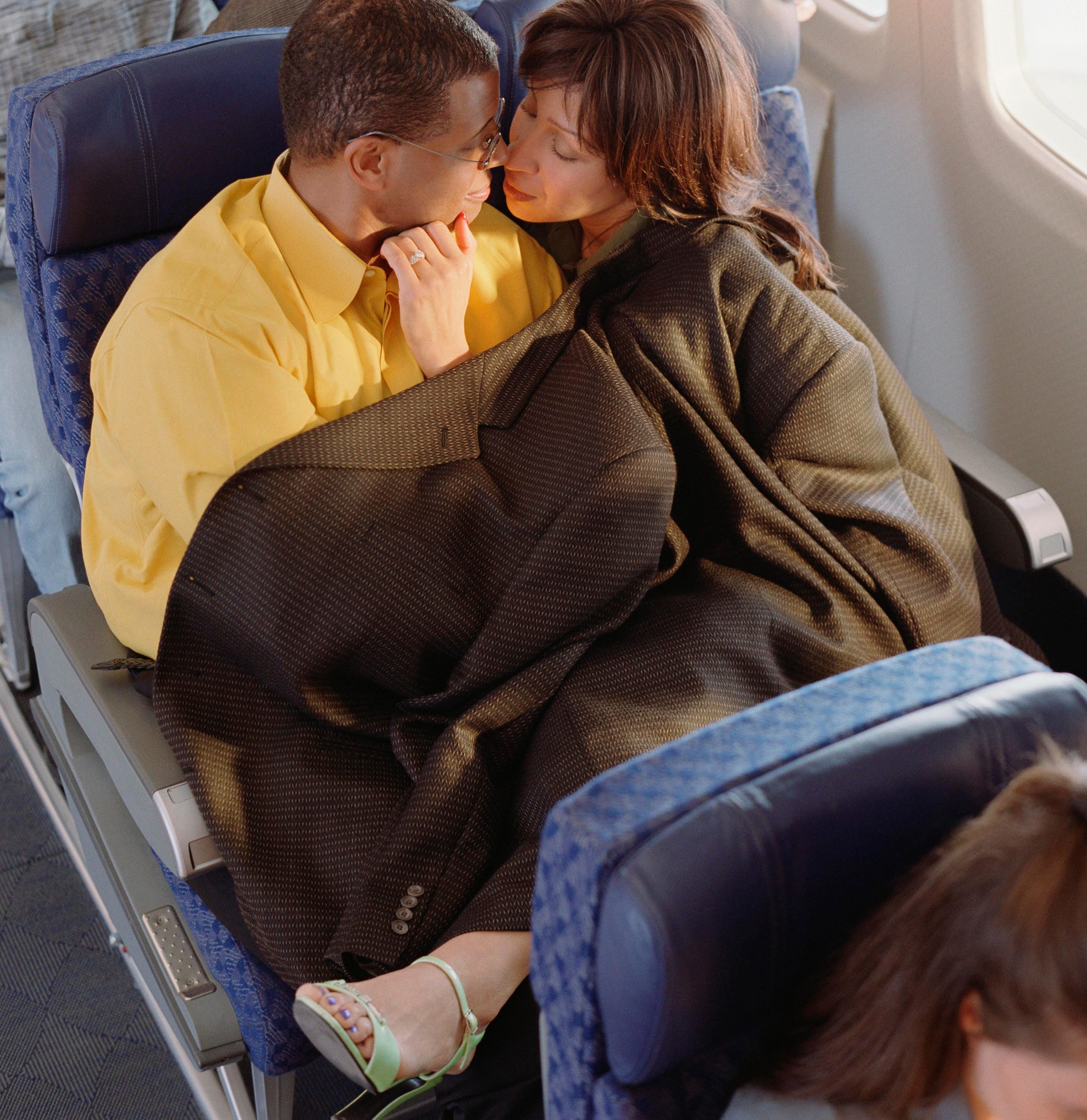 The UK's very own British Airways was revealed as the second most popular airline in the world for mid-flight antics with 9.7 per cent of that five per cent admitting fun on the British carrier.

While some passengers get away with their attempt, others are often caught in the cat.

Passengers and cabin crew have revealed on Reddit the worst attempts at joining the mile high club they've ever seen, from awkward misunderstandings to travellers who didn't even bother to head to the toilet. 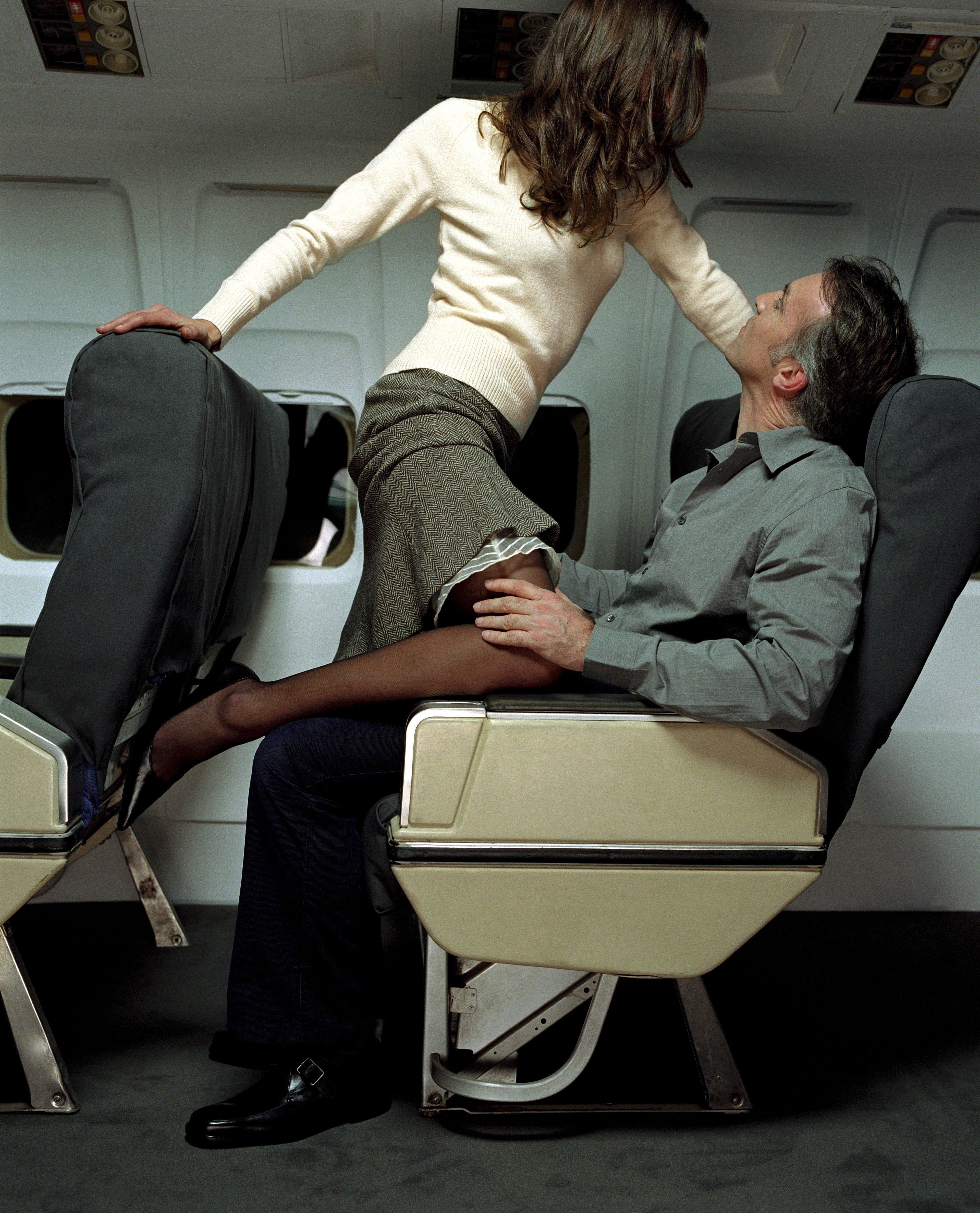 A flight attendant who goes by the name Manic_unicorn said: "A co-worker told me she had two people in first class (during sleep time with all the lights off) having sex in one of their seats.

It's a cover up

A cabin crew member called Rangarig93 said: "Couple gets on the plane in high spirits and make themselves comfortable in the last row of the plane,  where our galley is.

"After service is done, we stow the carts and I notice that there was a jacket covering the guy, and the lady was half under it [with her ] hands were clearly in his pants and the guy reclined his chair all the way to enjoy what was happening.

"We had thought about getting them to stop but were too uncomfortable to start a conversation and they weren't making any noise, so we went back to doing our jobs."

A passenger who goes by the name ChaneI said: "I was recently on a flight where two people made it obvious that they were trying to do the nasty.

"Unfortunately the couple was more on the bigger side [so when] they tried to both squeeze into a bathroom not so quietly, it failed as they couldn’t get the door to even close." 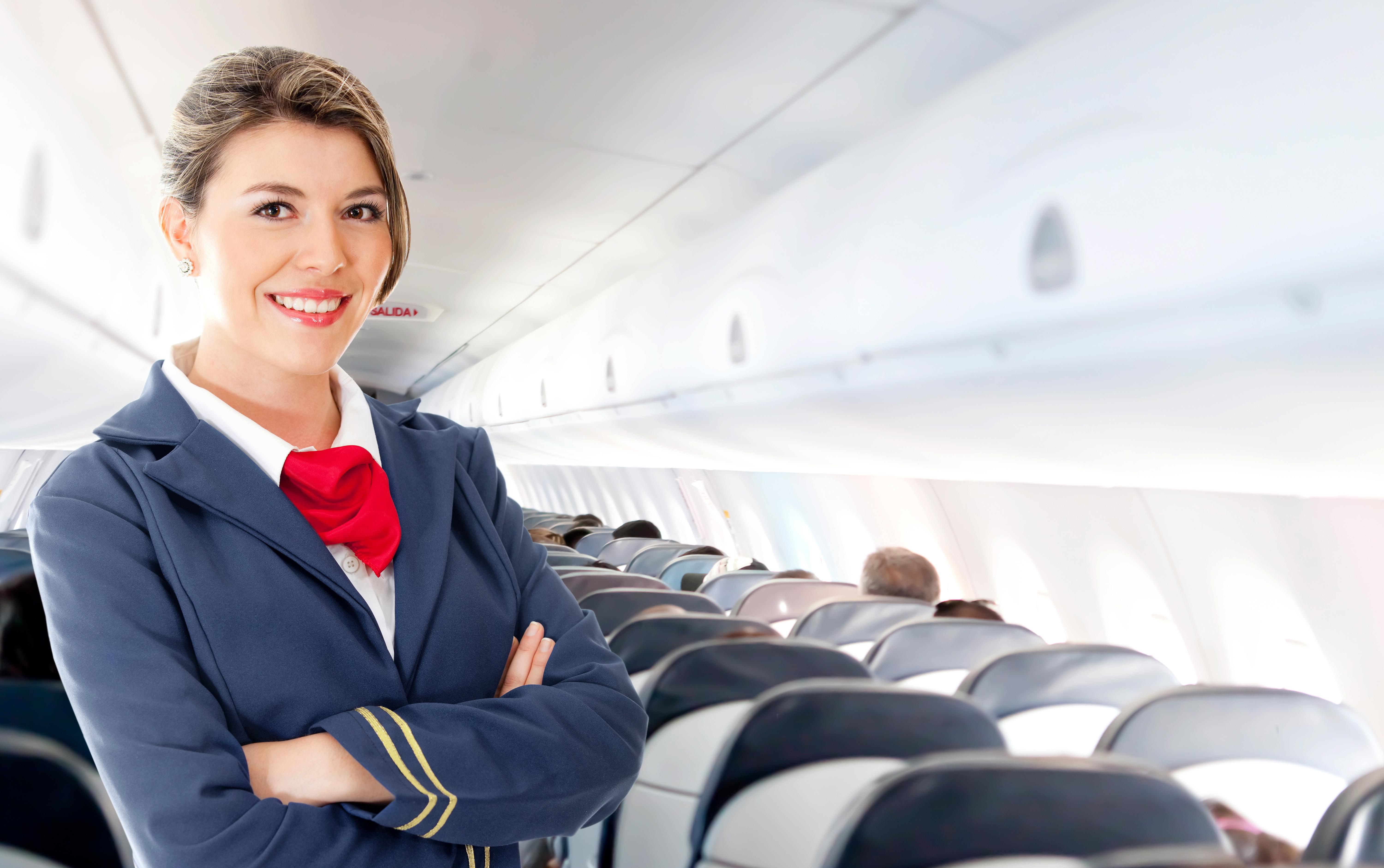 A passenger with the username Akonfetkak said: "I had a guy next to me join the mile high club solo an hour into a 13-hour flight.

"I was going to take a sleeping pill but I stayed bug eyed awake the whole time. The worst part was he used the arm closest to me."

A passenger called CHarleq said: "I took the easy way out.

Mind your p's and q's

"I was with my girlfriend on long flight and she was game, so I went up and asked the flight attendant if she would mind if we used the bathroom together.

"She said sure, just try not to be too long. And off we went." 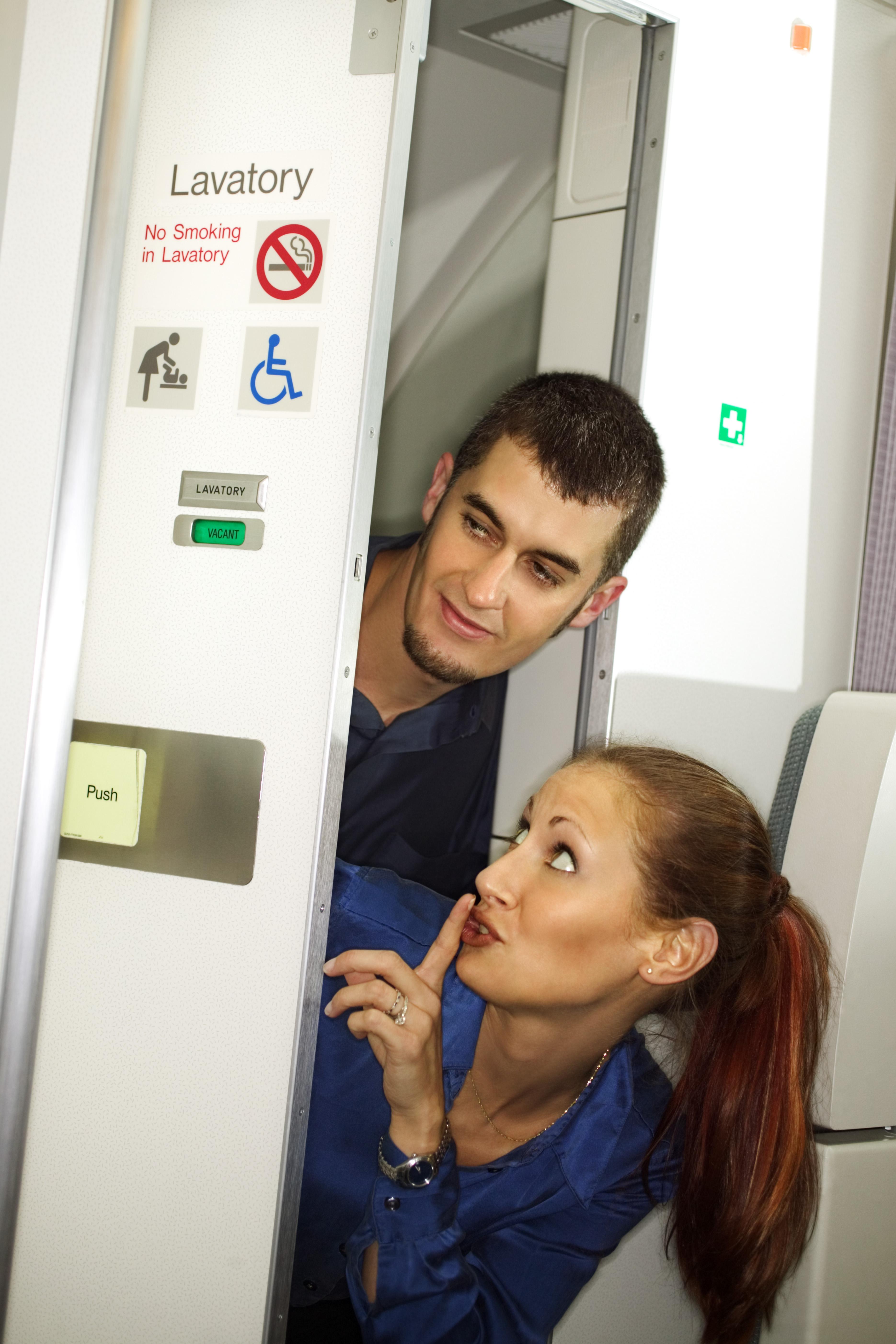 A passenger with the username Yoursolace said: "I was flying from NY to Vegas and there was a guy next to me who was clearly pretty interested in chatting, so we had a very generic small talk conversation and then I started watching a movie

"Mid movie I had to use the bathroom, so I asked if I could get past him, he said something and gestured what I thought meant 'Oh want me to move?' and I just [said] 'Yeah yeah'.

"So I go in and within a few seconds someone seems to be trying to open the door, I say 'just a minute', it jiggles a few more times, and then I hear the guy from the seat next to me say something like 'let me know when you are ready.'

"I finish up, open the door and he's standing right in front of it trying to get in, so I just squeeze past and run back to my seat.

"He comes back and sits right back next to me, and we both sit in silence for the remainder of the flight." 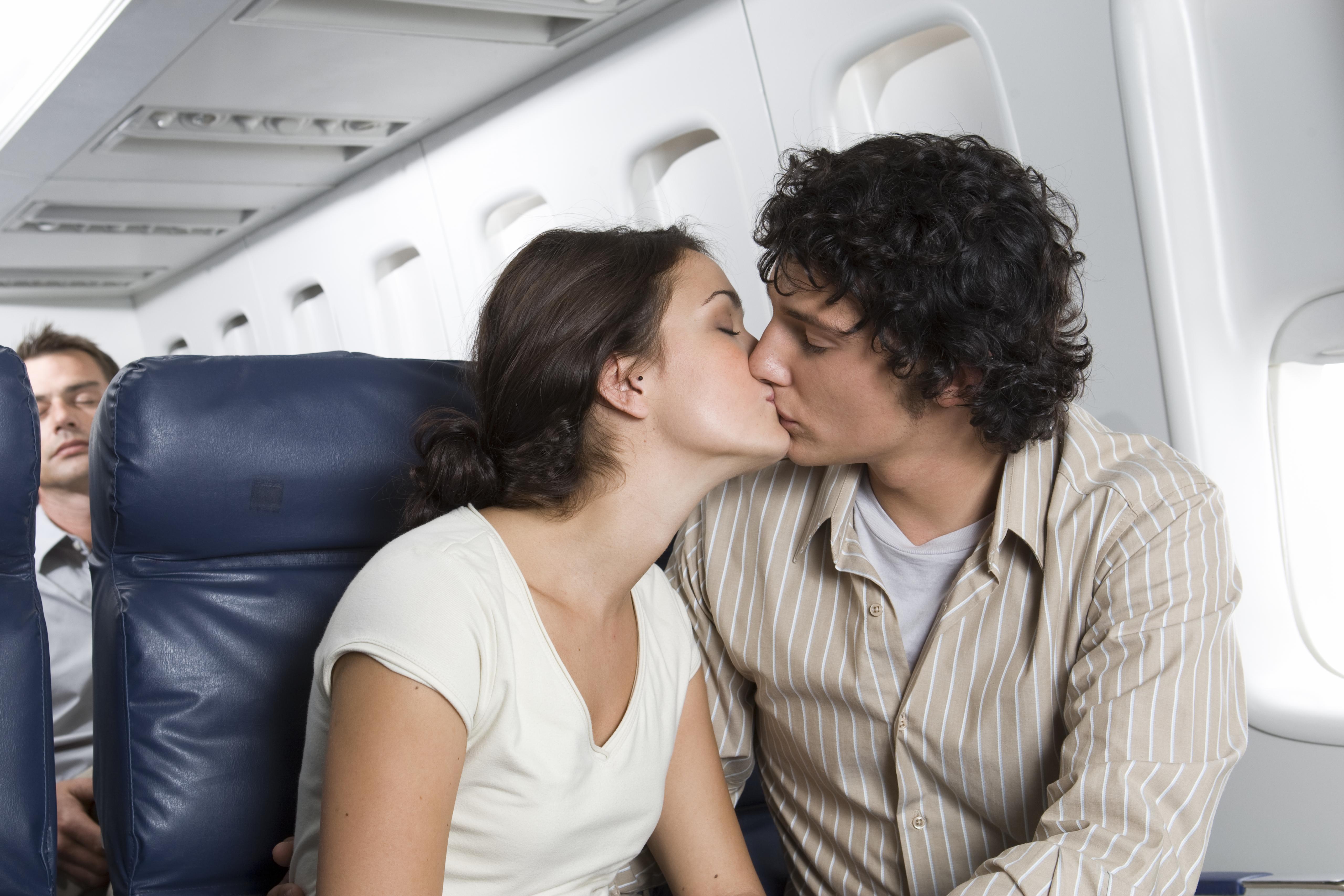 A passenger called Due_west had the funniest Mile High Club tale of all though, and it didn't actually involve any sex.

They said: "Flying home from college, I got bumped into first class and found myself sitting next to a positively ravishing woman.

"She was a bit older and I was trying desperately to be suave, so when she leaned over and suggested we join the Mile High Club, rather than admit I was unfamiliar with the term, I whispered back, 'I really don't travel enough to make that worthwhile.'

"Still can't laugh about it."

What were you thinking?

These stories had one particular flight attendant horrified though. The Redditor who goes by the name Caitwin said: "Just don't do it, every part of those aircrafts are absolutely disgusting.

"I watched a cleaner earlier clean the mirror in the lavatory with water and a towel, which she then used to wipe the sink and touched absolutely nothing else."

"And for crying out loud people, start wearing your shoes to the freaking lavatories – that liquid that is penetrating your socks is not water, it is the urine of another human being."