In Australia last year, 69 women were killed by violence, with data from the Australian Institute of Criminology suggesting around three percent of them were likely to have been killed by strangers. This is compared to 291 women who died on our country's roads.

So, if you are a woman in Australia, that makes it around 140 times more likely that you may die in road accident than be killed by a man you don’t know; yet we rarely fear getting into a car. 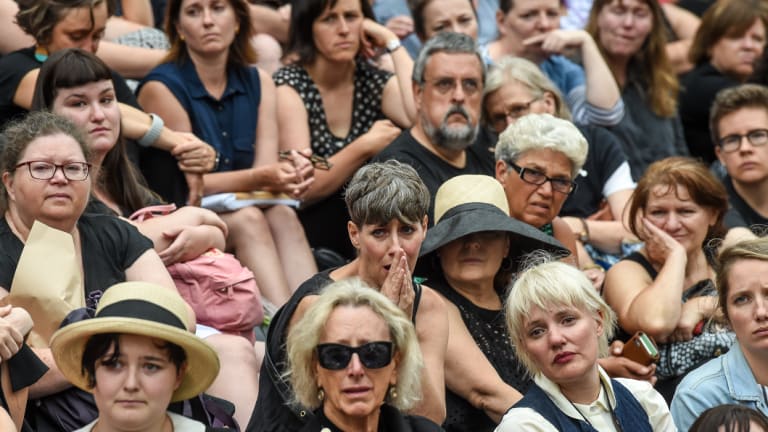 Some of us may have had bad road scares, even serious accidents, but we still don’t fear cars the way we fear strangers when we’re out in public at night.

Part of the reason for this is the deliberateness of stranger-murder. Road deaths usually happen because someone made a fatal mistake or stupidly decided to drive drunk. It’s not the same horror as the deliberate choice to rape and murder a woman because the attacker — as rare as he may be — is angry with women, which research has shown is the most common reason for rape-driven murders by strangers.

In one of the most comprehensive studies of men who kill, criminology professors Rebecca and Russell Dobash spent 10 years interviewing hundreds of murderers incarcerated in British prisons. Their findings are profoundly disturbing.

They found it was common, but not consistent, that men who committed murder come from troubled backgrounds, with histories of child abuse and growing up with domestic violence. As adults, many (but not all) of the men who killed women had problems with alcohol and unemployment.

The far more prevalent factor though, was poor attitudes to women. Most had a record of being violent to women and a strong belief in violence myths, where women are either “pure and innocent” or “tarts” and “whores” who deserve to suffer violence.

Men who killed women they didn't know held these beliefs strongly; more so than men who commit other types of murder. Most of these men also had a history of committing physical and sexual violence, particularly towards partners, and deeply troubling attitudes to women.

"Most hold views that place women in subordinate positions and illustrate a predatory approach to sexual relations … Their backgrounds provide evidence of a link between these attitudes and violence against women, including murder,” the researchers found.

Anger and hatred of women were extremely common in this group, it was often expressed as the reason for their crimes and it continued after they were convicted and imprisoned. 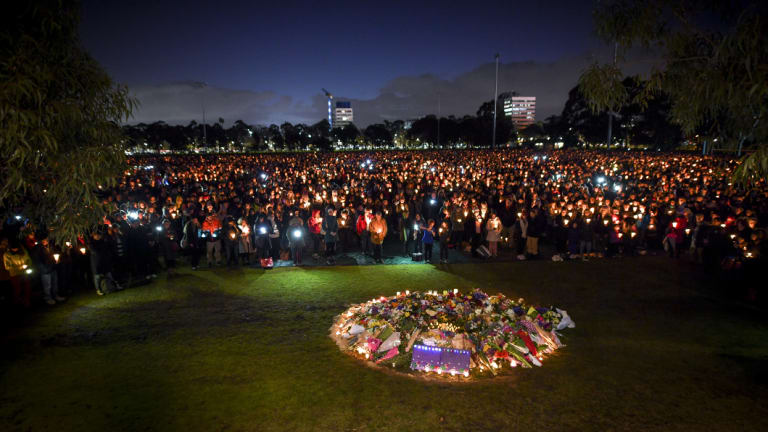 Thousands of people attended a candlelight vigil in solidarity for the Melbourne comedian Eurydice Dixon who was found dead at Princes Park in North Carlton. Credit:The Age/Eddie Jim

They accounted for only three per cent of women murdered between 2009 and 2014, as opposed to the 73 per cent who were killed by their partners in Australia.

It’s worth noting that in the Dobash study childhood trauma was not as common in men who killed their partners, but disturbing attitudes to women were present in almost all of them.

We are accustomed to a sense of threat in public spaces because so many of us have been harassed, or worse, in the street. Research by the Australia Institute of Family Studies found nearly 90 per cent of Australian women have been subjected to street harassment, and, for almost all of them, it started before they were 16 years old. The perpetrators may view catcalling as benign, but for women it’s almost never harmless.

Each leer or shout, and every grab, reinforces the knowledge that some men see women as gratification objects who are “asking for trouble”, or putting themselves in the way of it. Most don’t, of course, but how do you tell the difference between the man who’s staring at you because he thinks maybe you went to school with his sister, and the man who’s staring at you because his anger is so boundless he wants to kill a woman he’s never met?

We have vivid memories of horrendous deaths of women such as Jill Meagher, Euridyce Dixon, Masa Vukotic and now Aiia Maasarwe in our minds. We feel menaced by men for whom casually causing us to feel afraid breaks no taboos.

It's difficult to read those stories and not feel afraid of men who might carry the sort of anger the Dobash study described, or feel menaced by men who think intimidating us breaks no taboos and is considered acceptable.

Women’s fear for our safety in of public may be disproportionate to the number of women killed by strangers, but it is grounded in the danger women have been taught since we were girls. Against the background of being constantly told we are responsible for keeping ourselves safe, it is proportionate.

The facts tell us we have far more reason to be wary of the intimate partner we drive home with (or used to) than the man walking behind us on the footpath, but that doesn't always feel true when you're alone on the street at night.

One in six women in Australia have experienced violence from their partners, but many more of us have felt threatened by men we don't know.

Fear is in the living of that, and this is what we need men to understand.