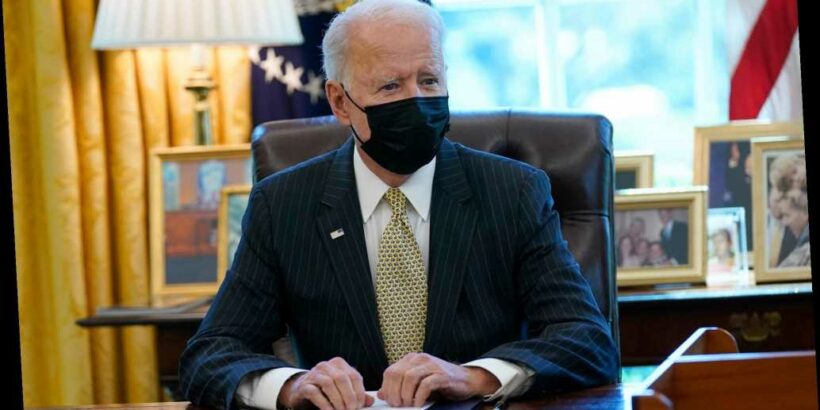 NYC's mayoral race features a candidate for every type of voter

How I survived a year in a weird and empty Manhattan

$200 billion, $2.2 trillion, $900 billion, $1.9 trillion. Over a year, Congress has passed $5.2 trillion in extraordinary spending — and President Biden wants another $3-4 trillion, split between infrastructure and social spending.

When a “normal” federal budget, pre-COVID, was $4.4 trillion, and with borrowing, not taxes, funding nearly half of federal spending, it’s not crazy to ask how much is too much, before we risk huge inflation.

“Modern monetary theory” is a trendy philosophy — AOC is a fan — that holds that the government can spend as much money as it wants. Drinks all around! Even if bondholders don’t feel like lending to us to make up the difference in spending and revenues, the Federal Reserve can create new money through “keystrokes,” argues the first-ever MMT textbook, published in 2019.

The Fed has been doing that. In early 2008, the amount of money available in the U.S. economy was $7.5 trillion. By 2012, it had risen to more than $10 trillion. Much of this was the Fed printing electronic dollars, to encourage people to spend after the economy crashed: the Fed “grew” its own holdings from less than $1 trillion to more than $3 trillion.

(This may sound confusing, but it is no different than if you received a bank statement listing the amount of money in your checking account, didn’t like it, and so took a pen and added some zeroes.)

That didn’t cause inflation (sort of), so why should this?

But this time is different. In a year, the Fed has nearly doubled its own holdings (again, that pen!) from $4 trillion to $7.7 trillion. Money in the U.S. economy has risen from $15.4 trillion to $19.7 trillion, partly because people who have kept their jobs have so little to spend on, with travel and entertainment off limits.

People who lost jobs need relief. But relief is different from hosing the economy with cash.

The danger of too much spending is that it doesn’t create productive goods or services; it just makes things cost more. That’s especially true because, when the economy opens up, people will spend the money they’ve saved — they’re already searching for plane flights.

As people can go places, they’ll use stimulus to bid up the price of travel, or a restaurant meal. It’s theoretically great if the flight attendant or the waiter get paid more, but they will also pay more for rent and gas.

This could mean classic inflation: too much money chasing too few goods. Windmills need huge amounts of steel or fiberglass; burrowing tunnels requires specialized machines and experienced or trained workers. The price of key commodities such as copper is soaring, on the expectation of higher demand.

The academic version of modern monetary theory actually warns against inflation. Inflation “is a real danger,” wrote economist Stephanie Kelton in her MMT book. But the politicians haven’t read the fine print — or don’t really care.

Nicole Gelinas is a contributing editor to the Manhattan Institute’s City Journal.