A picture of a shark wrangler with his catch has gone viral after being shared on social media – but the large creature isn’t the one winning hearts.

Elliot Sudal was in Florida when he caught two massive hammerhead sharks, one measuring 3.6 metres.

The shark catcher was tagging the creatures for research purposes and quickly releasing them back into the ocean. 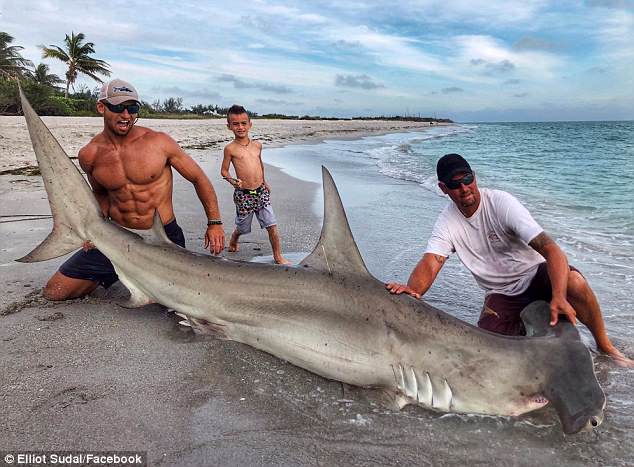 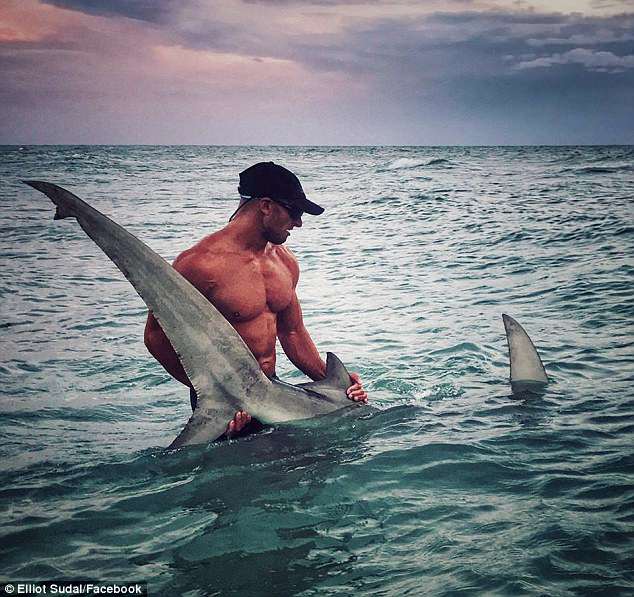 The post quickly went viral, receiving more than 570 reactions and over 200 comments.

But many users said they were too distracted by Sudal’s muscly physique to be impressed by the shark.

‘I’m not sure what’s more impressive, the shark or that guys abs?!?’ one questioned.

‘ABSolutely the best looking shark I’ve ever seen at the beach,’ another added.

‘Beautiful animal. Those abs are pretty hot too,’ said one. 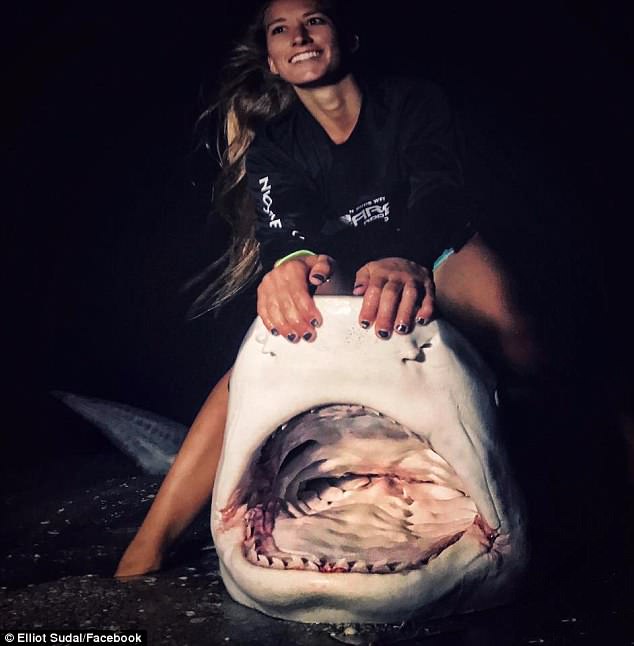 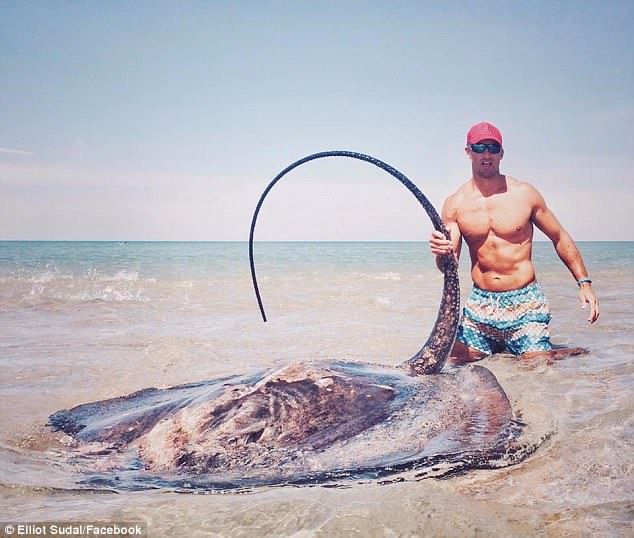 Many joked that they had found a new passion in sea creatures with one woman saying ‘And suddenly I’m interested in sharks.’

‘Wouldn’t mind catching the shark catcher. Only I wouldn’t throw it back,’ added another.

Sudal told WINK News that the shark was one of the biggest things you could catch off a beach.

‘It’s the biggest thing you could possibly catch off the beach, I mean, these things are strong. They are good fighters, you’ve got big reels, big hooks … it’s exciting.’ 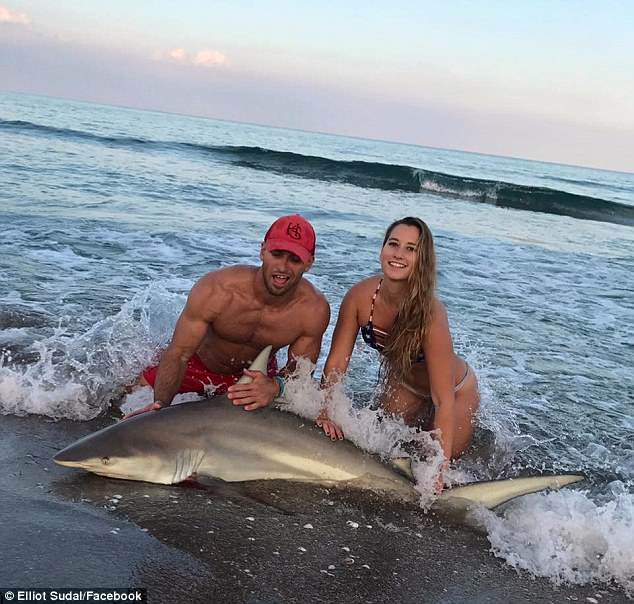 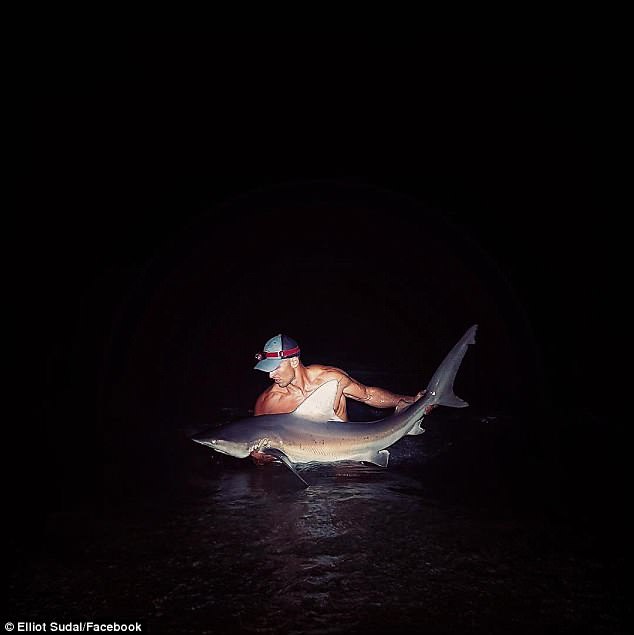 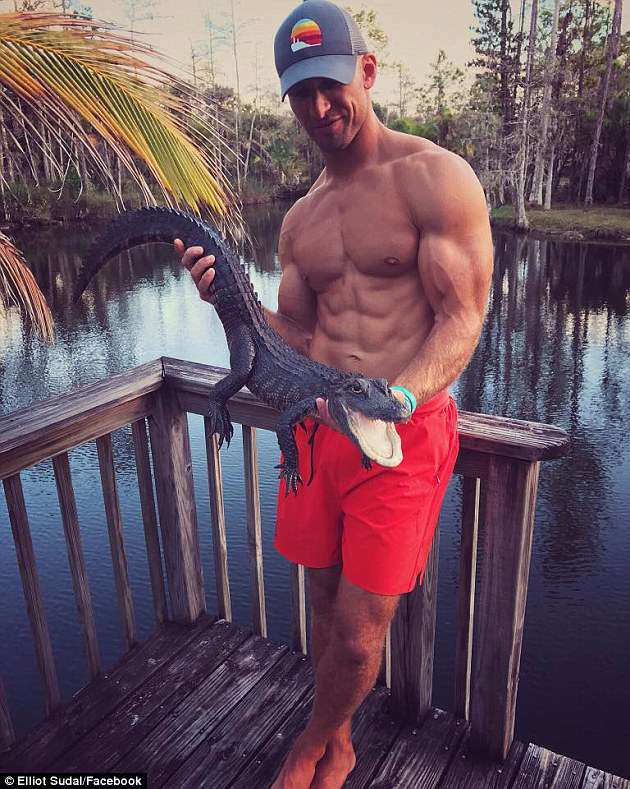 He works for the National Oceanic and Atmospheric Administration and has been a shark hunter for the last four years.

He has caught over 500 sharks, tagging and releasing over 200 last year alone.

Sudal’s job takes him to exotic locations like the Bahamas and Nantucket catching anything from bull sharks to sting rays. 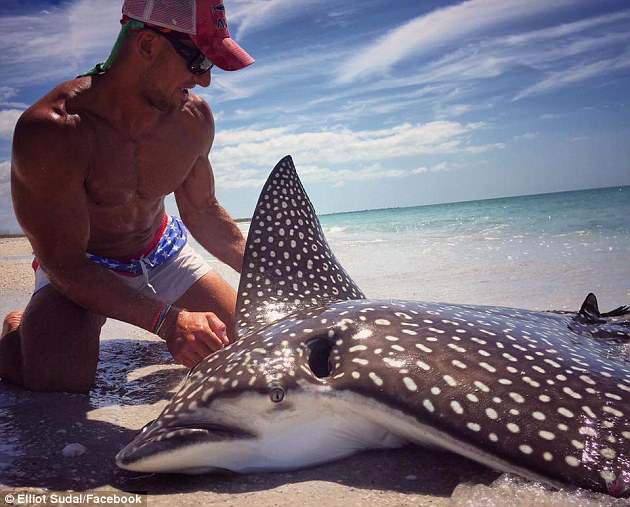 The 12-foot hammerhead Sudal caught over the weekend was named after his Instagram account, ‘Acksharks’  which  is filled with videos and photos of his impressive catches and has a large following.

While many people would be horrified to pull a massive shark up onto the beach, Sudal knows how important the work is to researching and conserving the animals.

‘Finding out how they are moving and why, depending on water quality, temperature, climate change, things like that,’ he said about his job.