The 12 Thai cave boys: Brave young footballers include 14-year-old who speaks four languages and 15-year-old who is not on the team but went on the trip to hang out with his best friend

Eleven of the 12 boys who are trapped in a cave in Chiang Rai province, northern Thailand for two weeks are all players in the same football team – except one teen who had his trial game on the day they went missing.

Their parents, friends and family members have been holding 24-hour vigils at the cave as rescue teams work day and night to try to get them out of the flooded cave.

Many of the boys, aged 11 to 16, have dreams of playing in Thailand’s national football league, while some are also – according to their families – dedicated students. 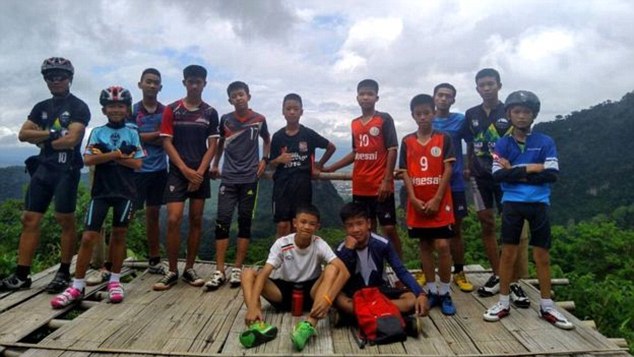 Missing: The young boys who have become trapped in a cave system in Chiang Rai province play for the same local football team

Adul – who also speaks Thai, Burmese, and Chinese – is being praised for his English skills in a country where less than a third of the population speaks the language.

He was the only one able to communicate with the British divers that discovered the boys on Monday night.

‘What day is it?’ he shouted, telling the divers they were hungry, in footage broadcast around the world after the agonising search for the boys. 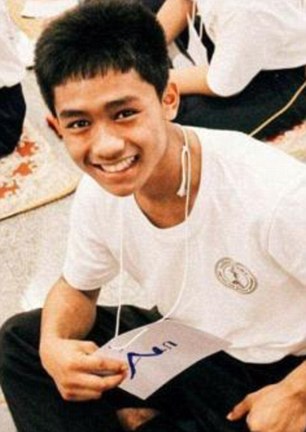 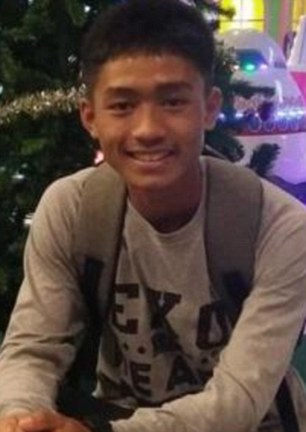 Multilingual frontman: As the only English-speaker in the cave, Myanmar-born Adul Sam-on has become the ‘face’ of the 12 boys trapped in the cave 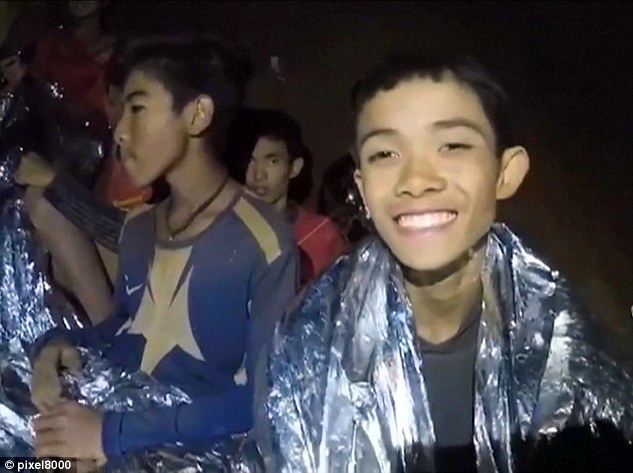 Communicator: A thin Adul Sam-on is seen in footage broadcast around the world after the group were found by British divers

Born in Myanmar’s self-governing Wa State, he left his family behind aged seven to get a better education in northern Thailand, but his parents still visit him at the Christian Church where he’s been taken in.

With no birth certificate, no ID card and no passport, Adul cannot legally marry, get a job or bank account, travel, own property or vote, but he refuses to let his status hold him back.

The passionate footballer also loves to play the piano and guitar, and is an accomplished student too.

Duangpetch, also known as Dom, is the team captain of Wild Boar FC and his family told local news he is the motivator of the group.

His teammates told The Guardian that say ‘he has the qualities of a leader and a good sense of humour’ and is such a talented footballer he has been asked to try out for the top local teams. 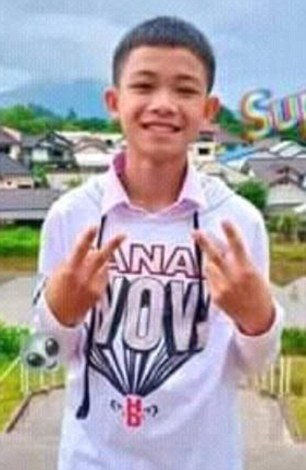 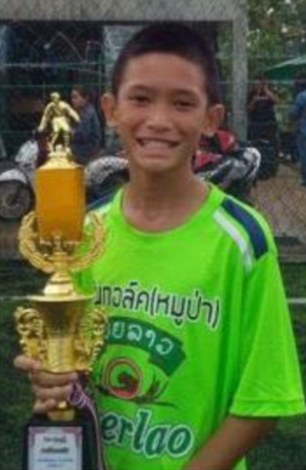 Leader and newbie: Duangpetch Promthep, 13, left, is the team captain of Wild Boar FC, while Mongkol Boonpiam, 14, right, joined just a year ago

Mongkol’s father Thinnakorn said his son is a ‘good boy’ who loves to study – almost as much as football.

He joined the Wild Boar FC team a year ago and on June 23, he had gone to Saturday practice like he has done many times before, and his family were long unaware of the trek to the cave.

Ekkarat is also known as ‘Bew’ and is one of Wild Boar FC’s two goalkeepers. 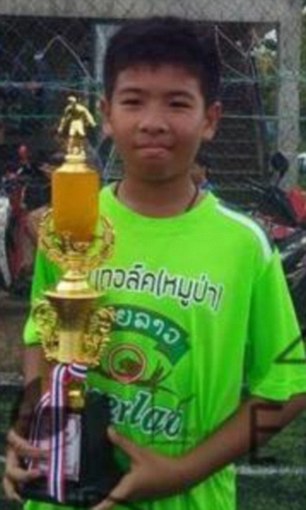 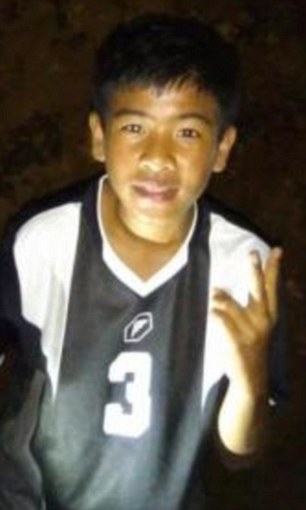 Keeper: Ekkarat Wongsookchan, 14, is also known as ‘Bew’ and is a goalkeeper 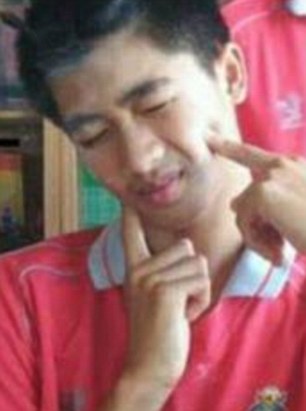 Trial: Pipat Bodhi, 15, was looking at joining the team to spend time with Ekkarat

Pipat is reportedly not a player for Wild Boar FC, but had joined the team for practice session before they embarked on their trek to the caves.

He was hoping to be able to join the team so he could spend more time with goalkeeper Ekkarat, who is his best friend.

Prajak shares the role of goalkeeper with Ekkarat, and is called Note by friends and family.

A quiet but sport-loving boy, Note’s medals are on display in the courtyard of the family’s modest home in a village outside Mae Sai.

He loved playing for the Wild Boar football team and wants to play for the provincial team when he is older.

Pictures of Note graduating from Kindergarten and primary school are displayed in pride of place in the family home, and his parents have kept a 24-hour vigil at the entrance of the Thamg Luang cave. 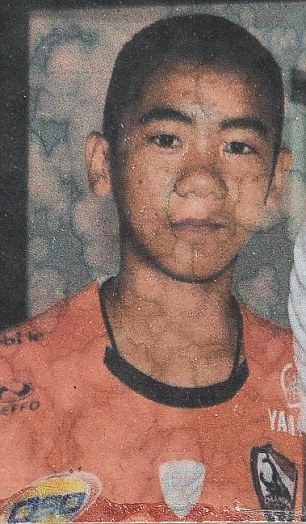 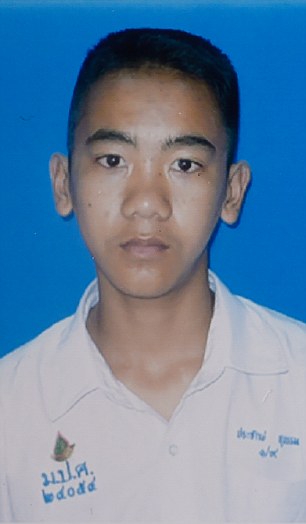 Goalie: Prajak Sutham, 14, is also known as Note, and is known as a ‘quiet but sport-loving boy’ 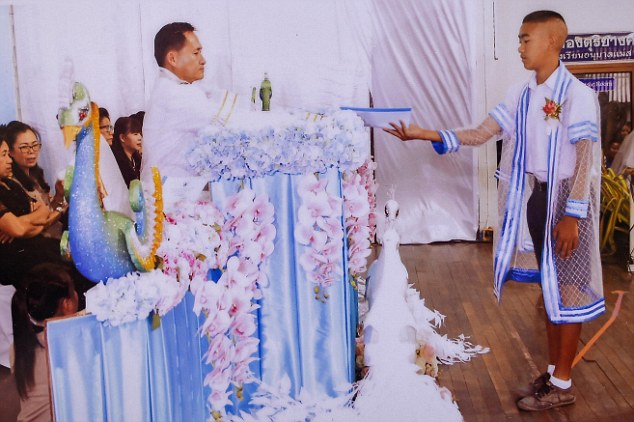 Chanin is also known as Titan, and is the youngest player on the team. He has been playing football for the past four years, according to the BBC.

Pornchai’s mother Kian Kamluang said she had thought there was a 50 per cent chance that her son would be found.

‘It’s like he has been given a new life,’ she said, adding that she’ll never let her son go into a cave or near water again. 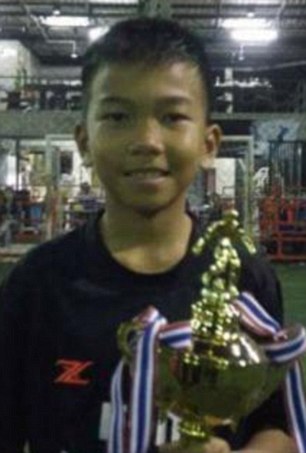 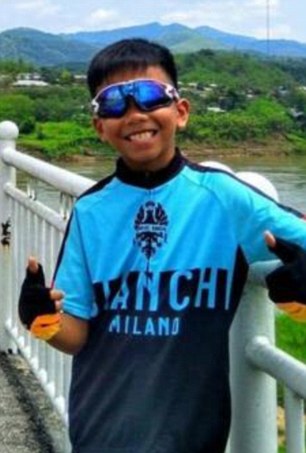 The baby: Chanin ‘Titan’ Wiboonrungrueng has been playing football since he was seven, and is the youngest player on the team 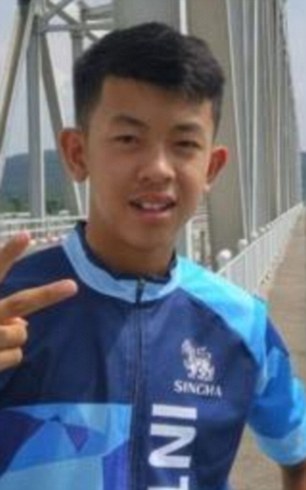 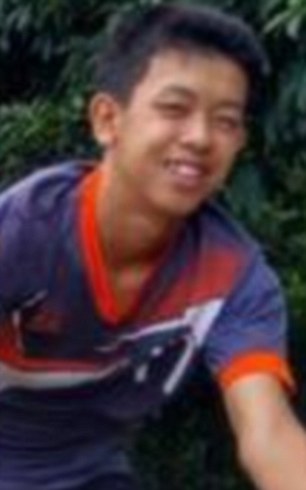 Losing hope: Pornchai Kamluang’s mother has said she had thought there was a 50 per cent chance that her son would be found

He is a right-wing midfielder, and known as Night, according to The Guardian.

The 14-year-old goes under the nickname Tle.

Known as Mick, defender Panumas was raised by his mother and grandfather, who has been left grief-stricken and refusing to eat since the team got lost in the caves.

Speaking to The Guardian, his coaches praised his skills for his age and called him ‘an ideal defender because of his fitness and fluid movement’. 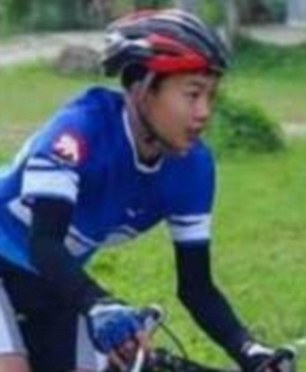 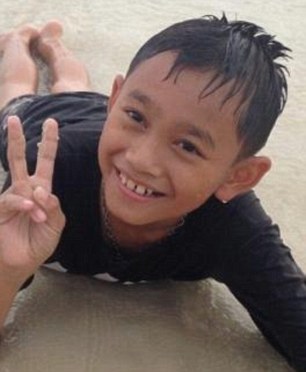 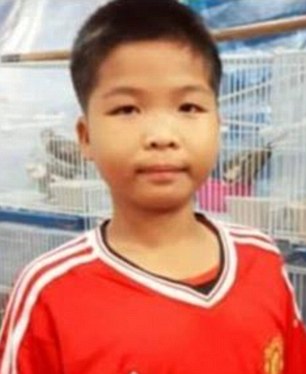 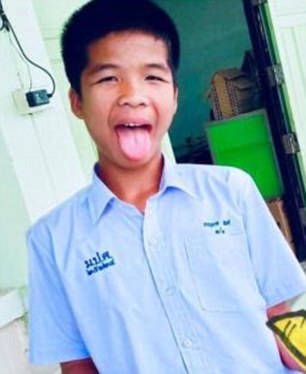 ‘Ideal defender’: Panumas ‘Mick’ Saengdee, 13 has been praised by his coaches for his skills 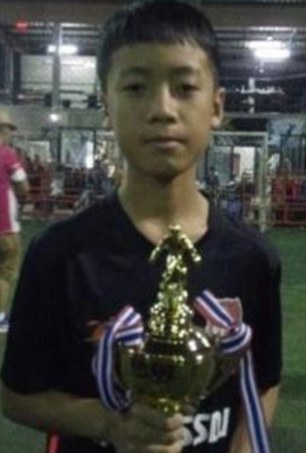 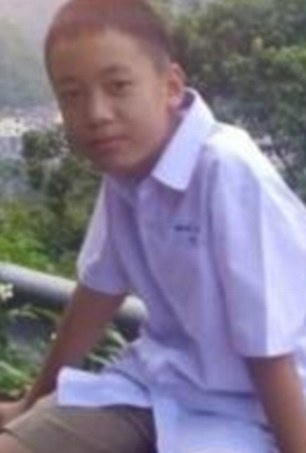 Harry Kane fan: The family of Sompong ‘Pong’ Jaiwong say the sports-mad teenager is cheering on England to win the World Cup

Midfielder Sompong, known as Pong, supports England and dreams of becoming a footballer and representing his nation, according to his former teacher.

‘Pong is a cheerful boy, he likes football, and every sport. He dreams of becoming a footballer for the Thai national team,’ the teenager’s teacher Manutsanun Kuntun told AFP, using his nickname.

‘Our class is still confident he will be OK,’ she said.

Ekkapol was just 12, when he lost his seven-year-old brother, mother and father as an illness spread though his home.

His aunt said he was a ‘sad and lonely’ boy until he was sent a to Buddhist monastery where he gained mental strength.

He has reportedly been teaching the boys to meditate to help keep them calm in the cave. 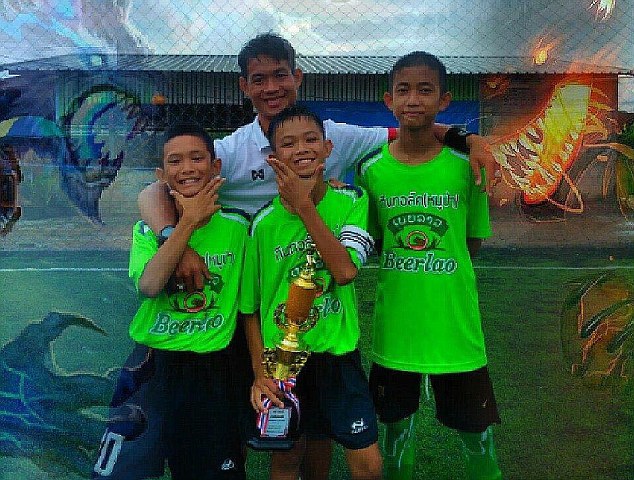 His aunt said he was a ‘sad and lonely’ boy until he was sent a Buddhist monastery where he gained mental strength. Pictured: The coach with his players 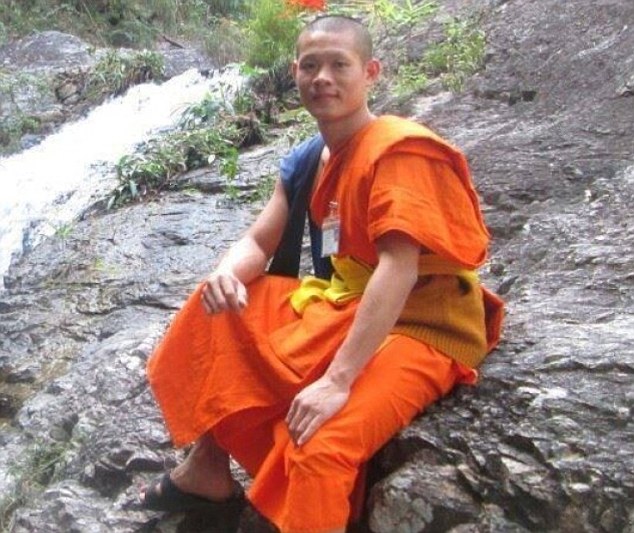 Ekkapol Chantawong, 25, is trapped in the cave with his 12 young players 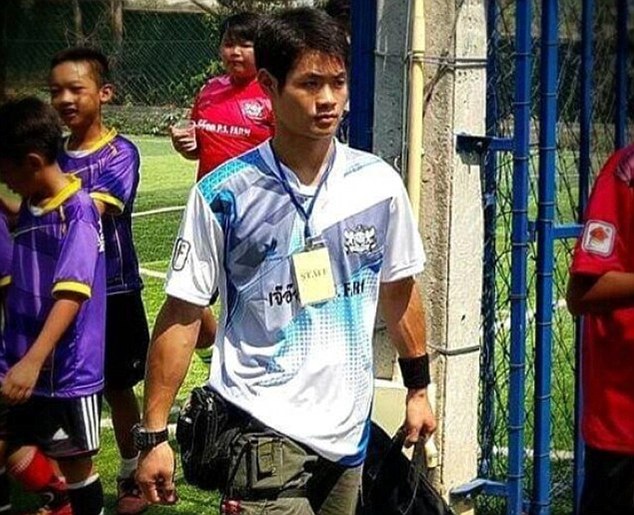