Soldiers and armed cops were involved in the raids, which saw six killed in a car chase and a further eight gunned down in a bloody shoot-out. 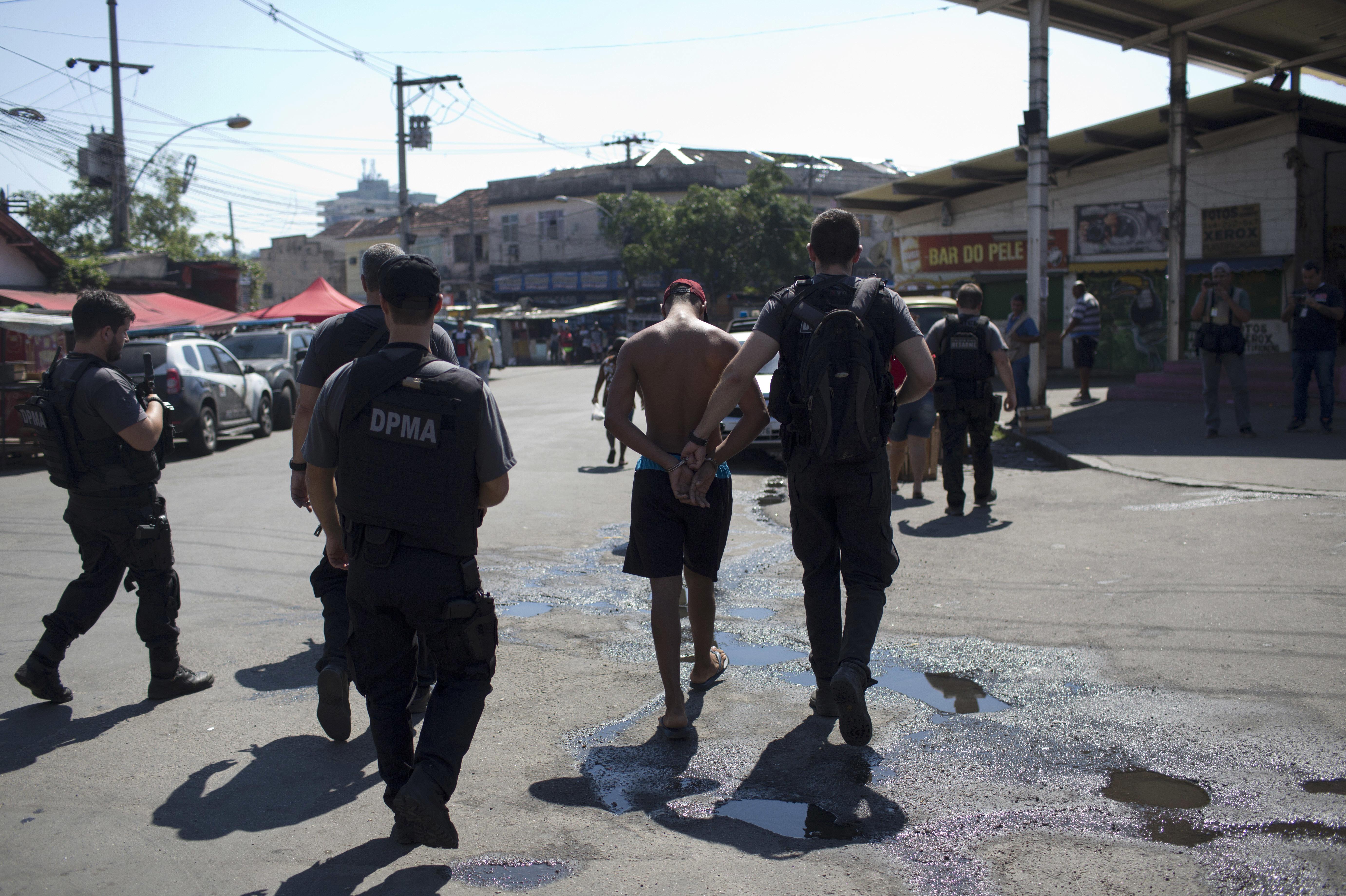 The raids took place in the Penha neighbourhood and the Alemao and Mare favela complexes, which are run by the drug trafficking gangs.

The military command in charge of security in Rio, Brazil's second biggest city, said eight people died "and there could be more."

Local media reported that six suspected armed gang members were also killed after a car chase in the suburb of Niteroi.

The suspected armed gang members were shot dead by police after a rush-hour car chase that caused traffic chaos near one of Rio's main bridges, according to reports. 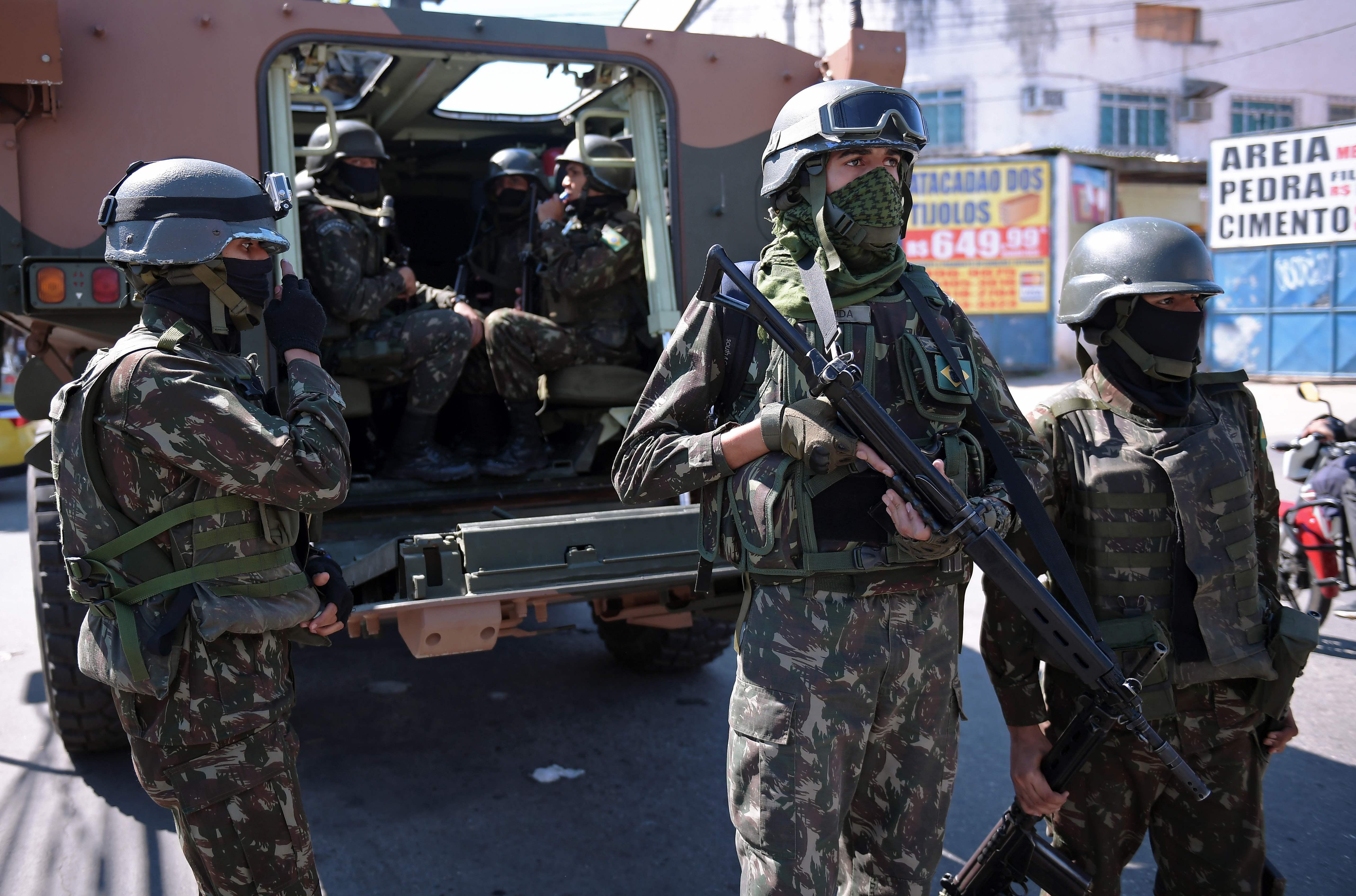 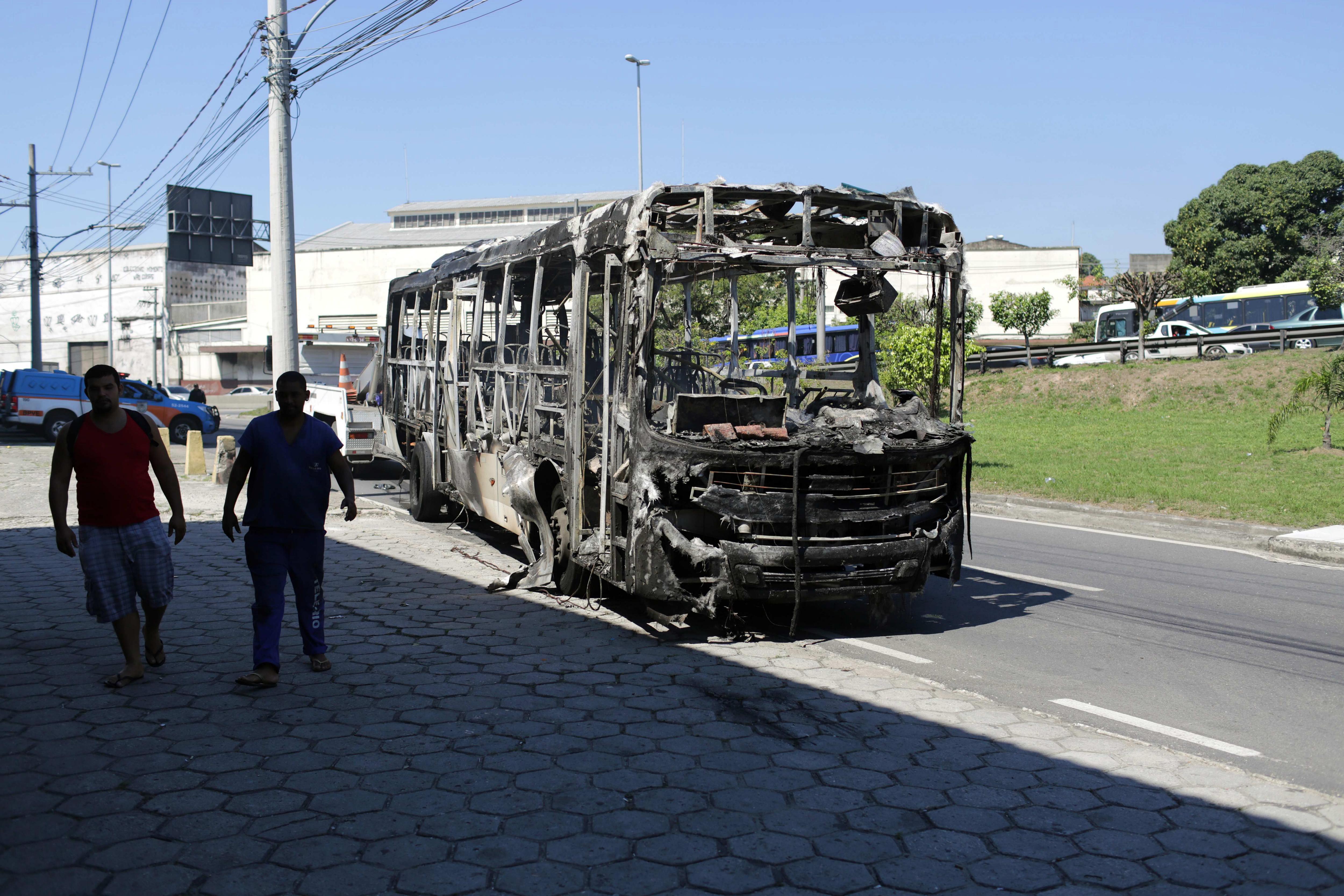 More than 4,200 soldiers and around 70 police officers engaged in the operations.

The soldiers were backed by armoured vehicles and aircraft, and entered the favela complexes of Alemao and Mare, which are largely run by heavily armed drug traffickers.

Troops removed roadblocks erected by drug gangs and followed up on tip-offs against suspected traffickers, the military said in a statement.

State security officials announced on Twitter that police had "searched the jungle area of the Rocinha community." 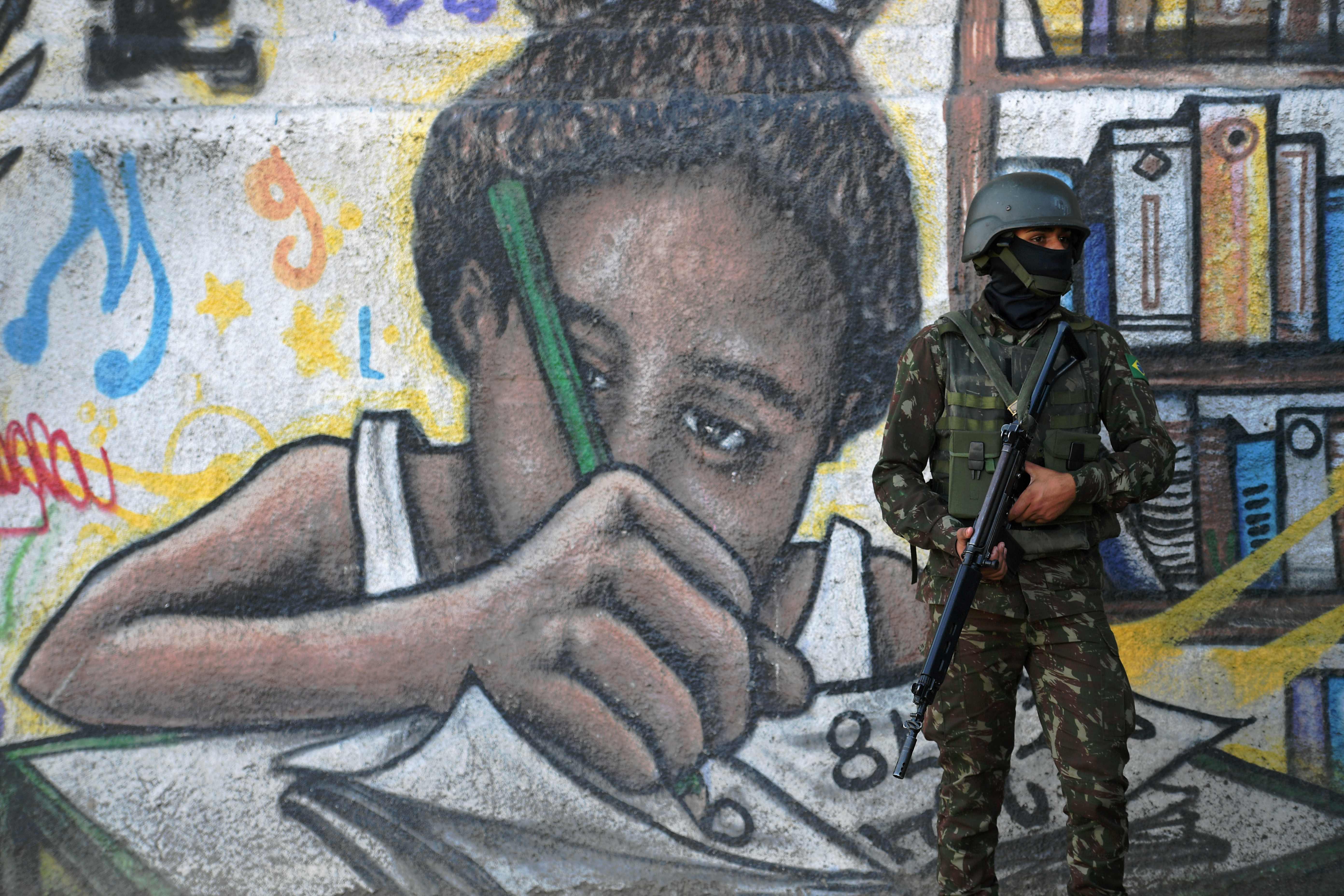 Residents of the favela were trapped in their homes by the fighting, and 3,000 schoolchildren at nine schools were told to stay at home on Tuesday because of the violence, according to Sky News.

Brazil’s military took over all security in Rio de Janeiro six months ago, due to the increasing amount of violent crimes taking place, and the local police’s lack of ability to fight well-armed drug gangs. 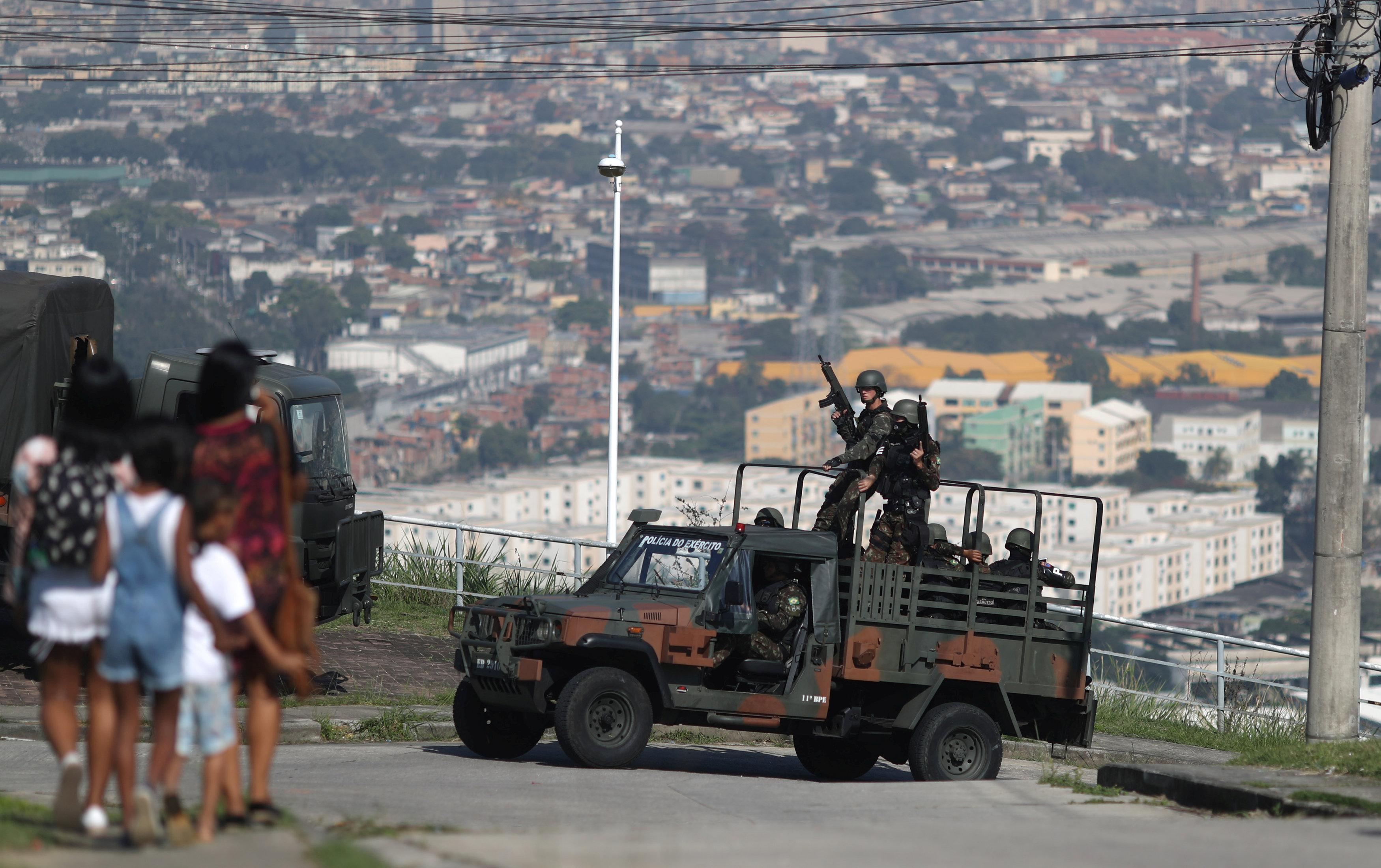 Brazil's gangs have caused more trouble earlier this year, when they fired powerful high velocity weapons into the sky near Rio airport in January.

A disturbing clip was filmed on New Year's Eve, showing a man using a ballistic sniper rifle to launch bullets like fireworks.

Drug trafficking gangs are known to move their weaponry around, with no guarantee where this weapon could end up. 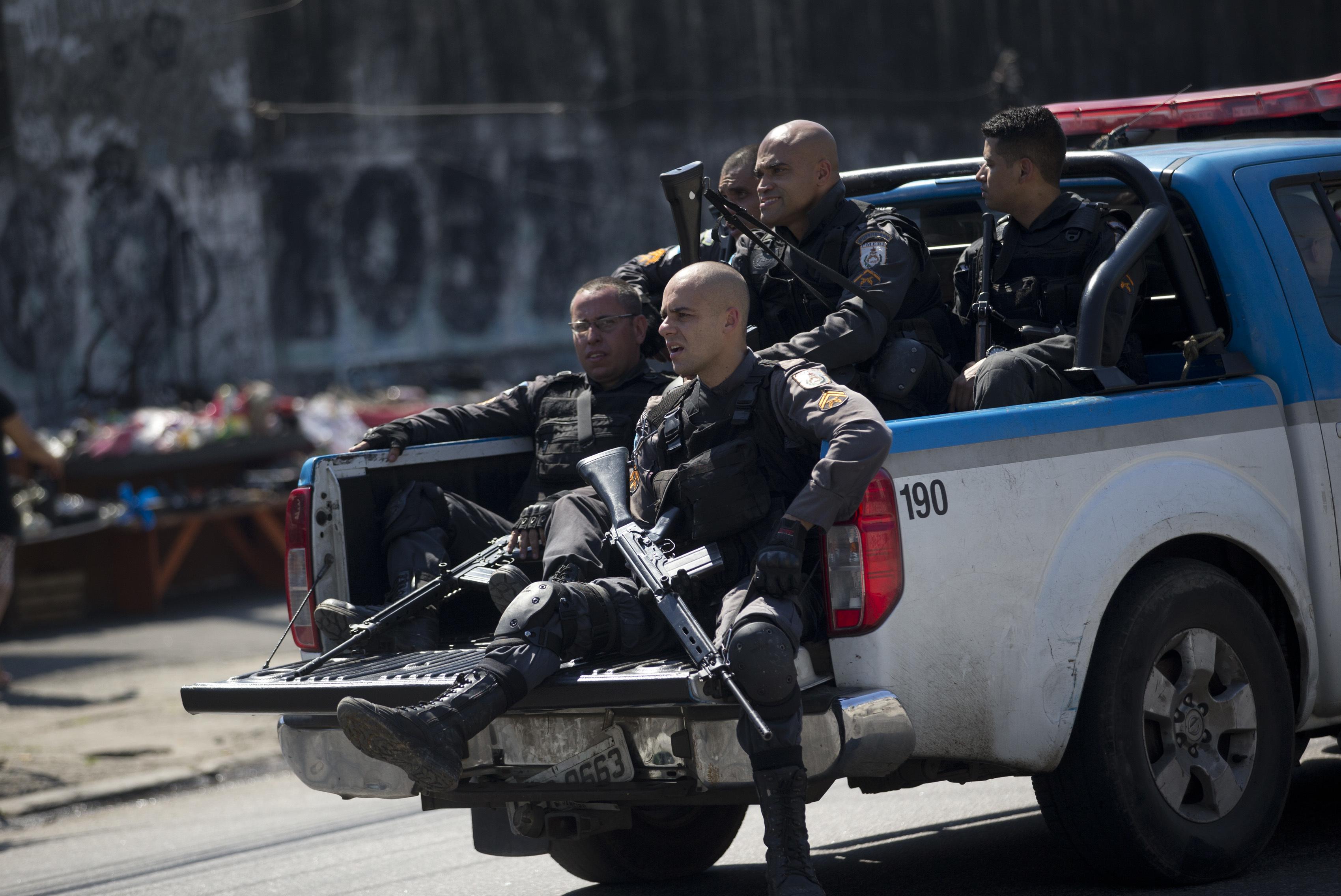 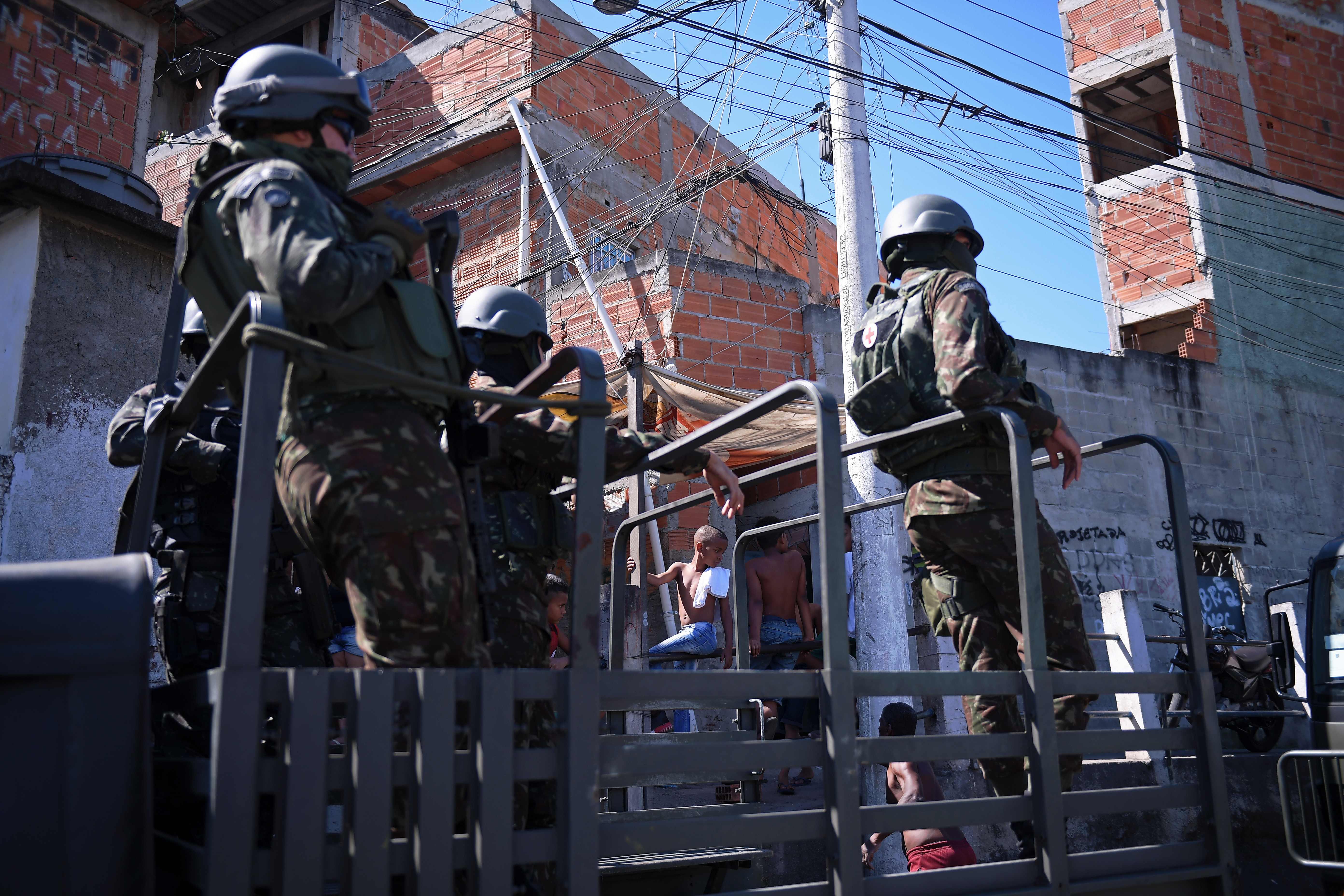 Though these weapons are meant exclusively for used by armed forces, it's found its way onto the streets of Rio through arms dealers.

The security situation in Rio has been getting worse since the city hosted the 2016 Olympic Games, as many claims have been made that the government has failed to distribute potential benefits of the event to the city's poorer communities, reports Sky News.

Rio de Janeiro let the country in number of murders in 2016, tallying up 1,446 homicides.

Last month, around 950 troops were sent to Rocinha to crack down on drug traffickers in the neighbourhood.