Her crime? She had been accused of brushing against a man's hand in a market while she was paying for food to feed her family. 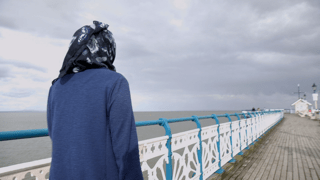 Of the 6,000 refugee children that arrived in the UK last year, Maryam is one of the 2,000 who made the long and dangerous journey alone alone, without her parents to protect her.

She felt she had no choice but to flee the country after a jihadist from terrorist organisation Al Shabaab questioned her as to why she'd touched a stranger's hand when they were not married.

"They told me I was a bad person and they had to kill me," explains Maryam, who is still too scared to reveal her identity in case the jihadists recognise her.

"In my country, the ladies are used like animals. Girls cannot go out alone or talk to anyone or they will be told 'we will kill you' or 'we will cut off your hand and head'. Every lady worries about that." 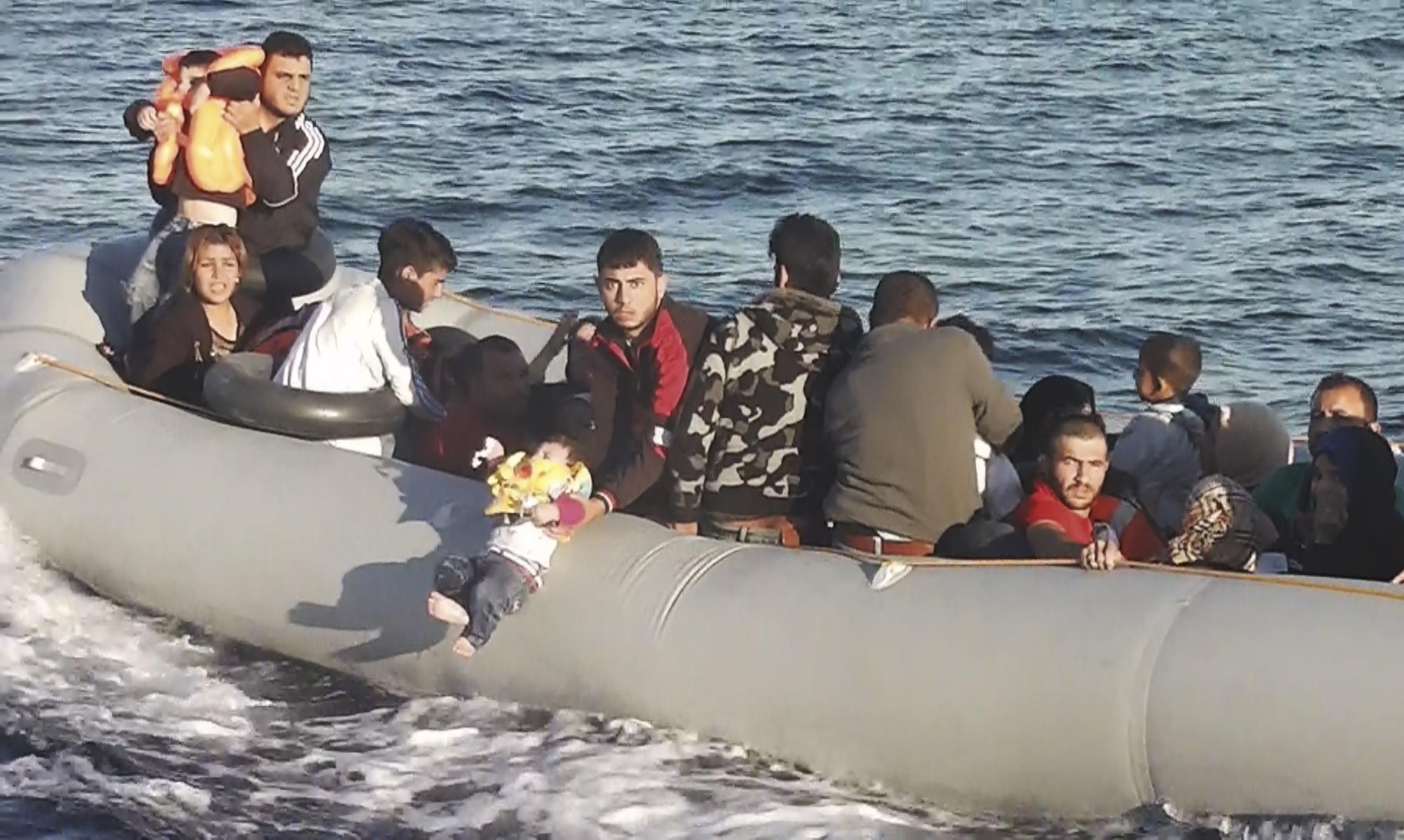 Fearing for her life, she fled to Egypt where she paid traffickers to take her by boat across the Mediterranean sea.

"There were 90 people on my boat and we were in the sea for seven days," Maryam says. "Some people died with hunger, some died of thirst.

"Between Italy and Egypt the boat broke. I was in the middle of the sea, I couldn't see any trees or houses," Maryam says. "That day I lost my best friend. She died when we started to swim."

Maryam was spotted by an Italian helicopter and was then picked up by boat and taken to hospital in Naples. After a few weeks, she found another trafficker who smuggled her to the UK. 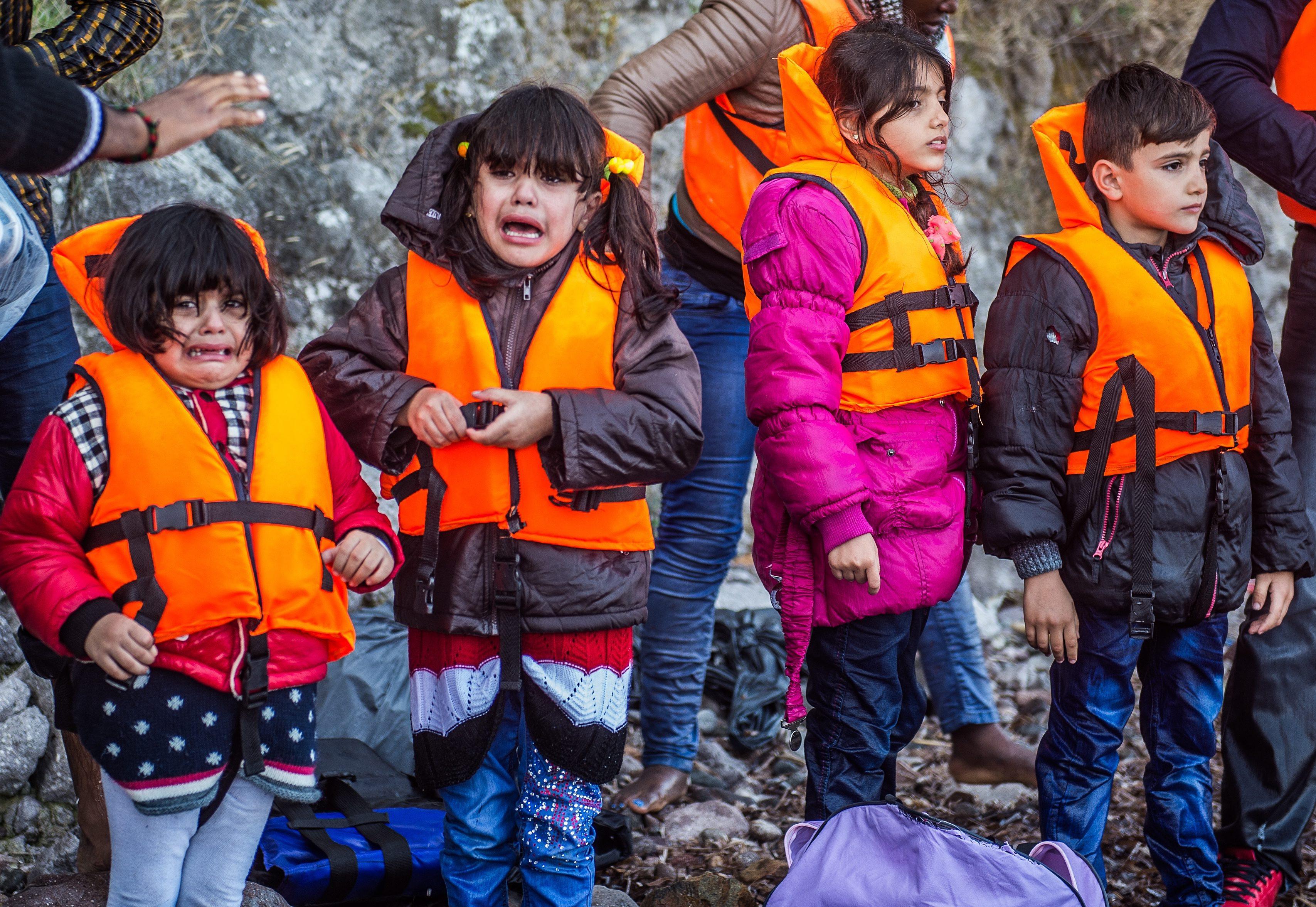 Today is World Refugee Day and a new Channel 4 documentary looks at the individual journeys of seven young people, like Maryam, who have fled conflict and made it to Britain.

Smuggled children who arrive in UK are firstly directed to the police to provide personal details including name, age and nationality, before being passed on to local authorities and then into care.

Maryam applied for asylum as soon as she arrived in the UK and spent ten terrifying months worrying about being sent back home to her death.

In the documentary, we watch her break down in tears of joy when she is told she's finally been granted refugee status by her social worker. And while her case is tragic, it's just one of thousands. 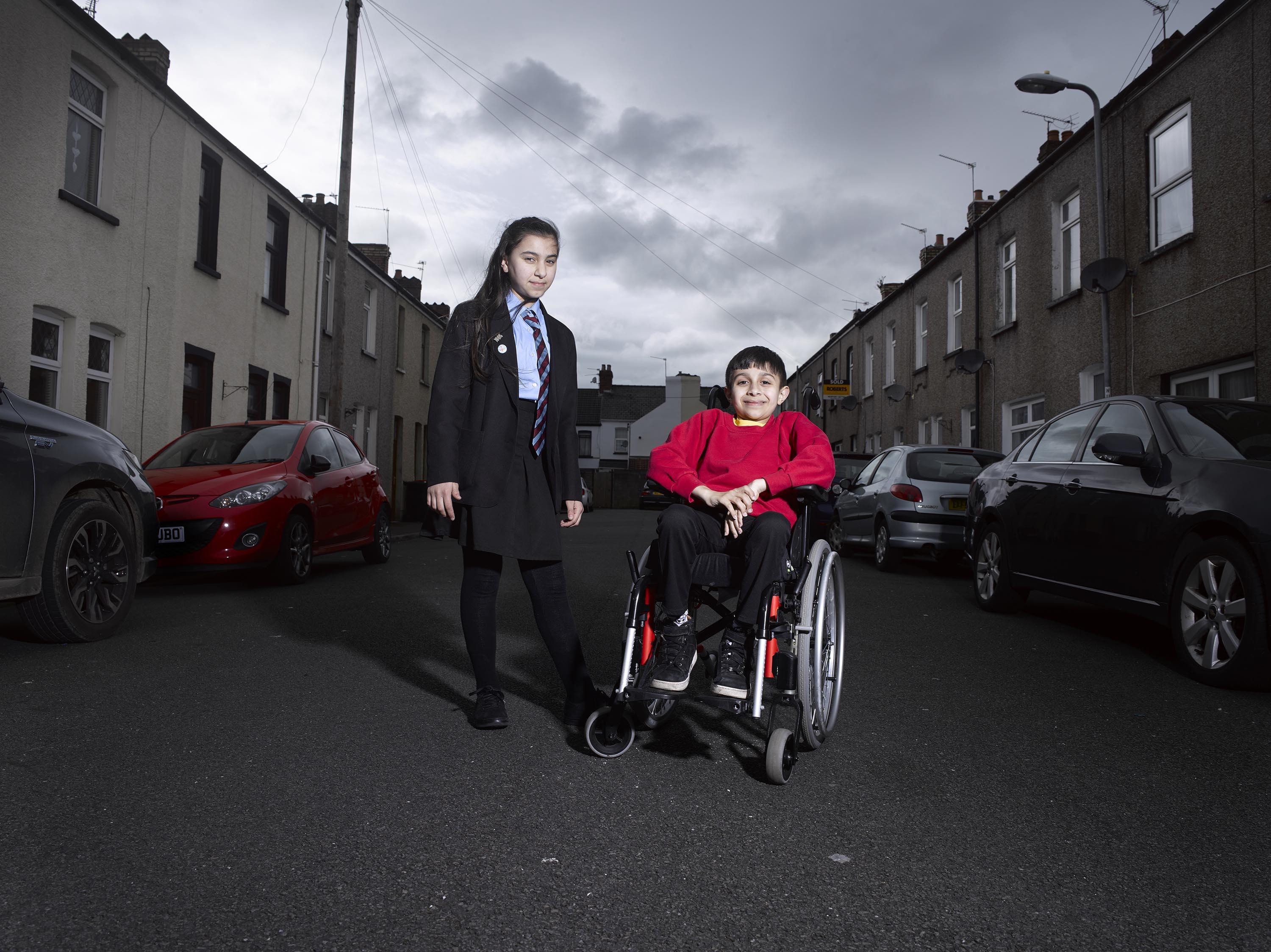 The long and dangerous journey

Looking at Abdul and Rawan's smiling faces as they play on the street outside their home in Newport, Wales, you'd never believe the ordeal they'd endured just a few months earlier.

Abdul, a disabled 10-year-old boy from Syria, travelled from his homeland to Newport, Wales, with his mum, dad and two sisters, Rawan and Jinna, last year. 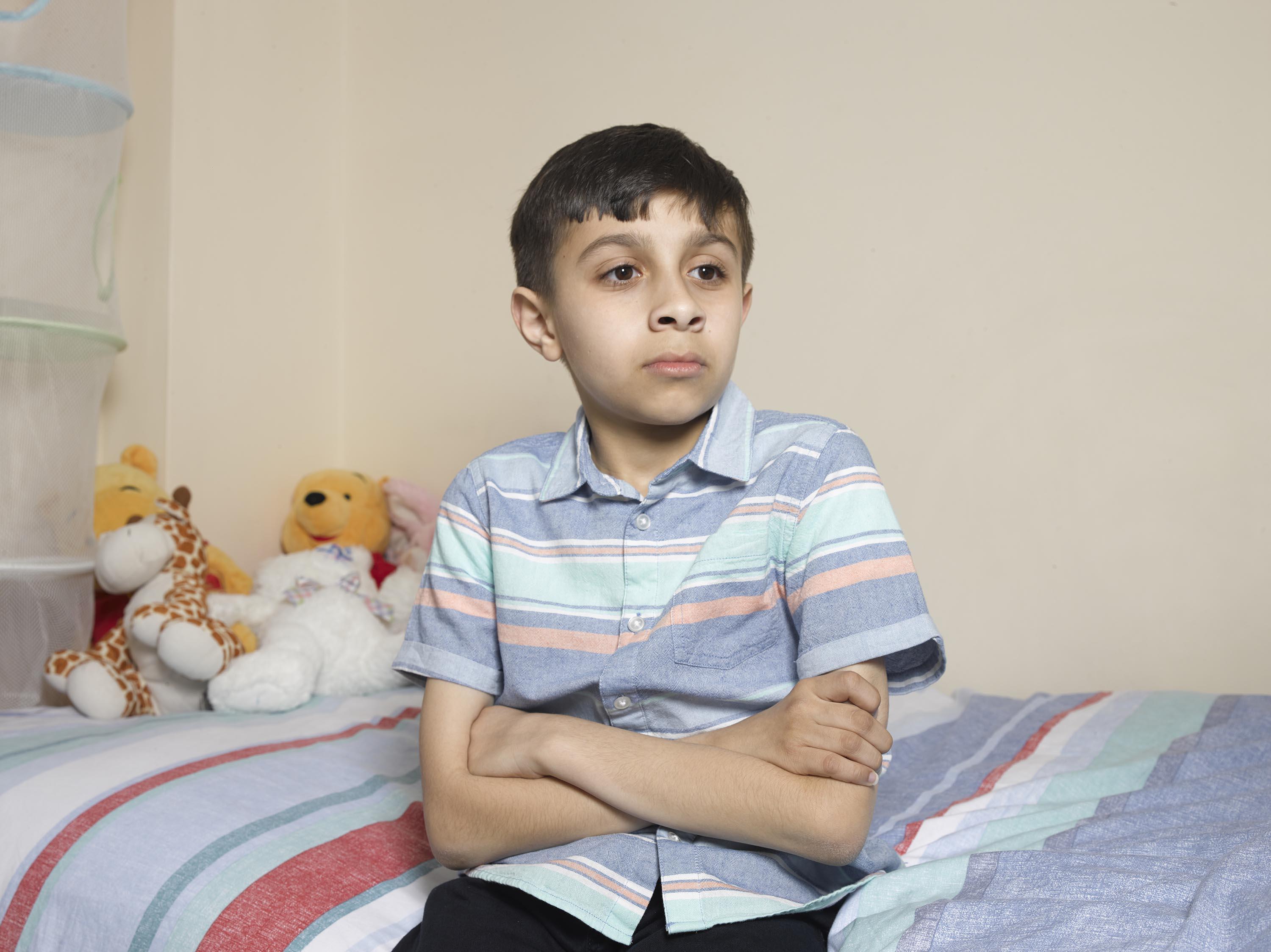 The family lived just outside Aleppo and stayed in their home for the first four years of the war – but as fighting intensified, they decided to flee.

Abdul, who suffers from a muscle deterioration disorder, was just eight when the family started their journey two years ago and were smuggled into Turkey by traffickers.

"I was in the wheelchair. It was really difficult," Abdul recalls. "I didn't know we were going to stay there. I thought it was just for a visit and then we'd head home again."

The family were then forced to remain in Turkey for almost two years before they flew to the UK.

Abdul and his family had already been given British refugee status before they landed.

Now, just a mere few months after arriving on Welsh soil, life is very different for them.

The children have all joined school and a delighted Abdul has made loads of mates who spend their break time pushing him around in his wheelchair – a scene very different to his school life in Aleppo where children had to stay inside.

But for many others, the arrival in the UK is much more difficult. 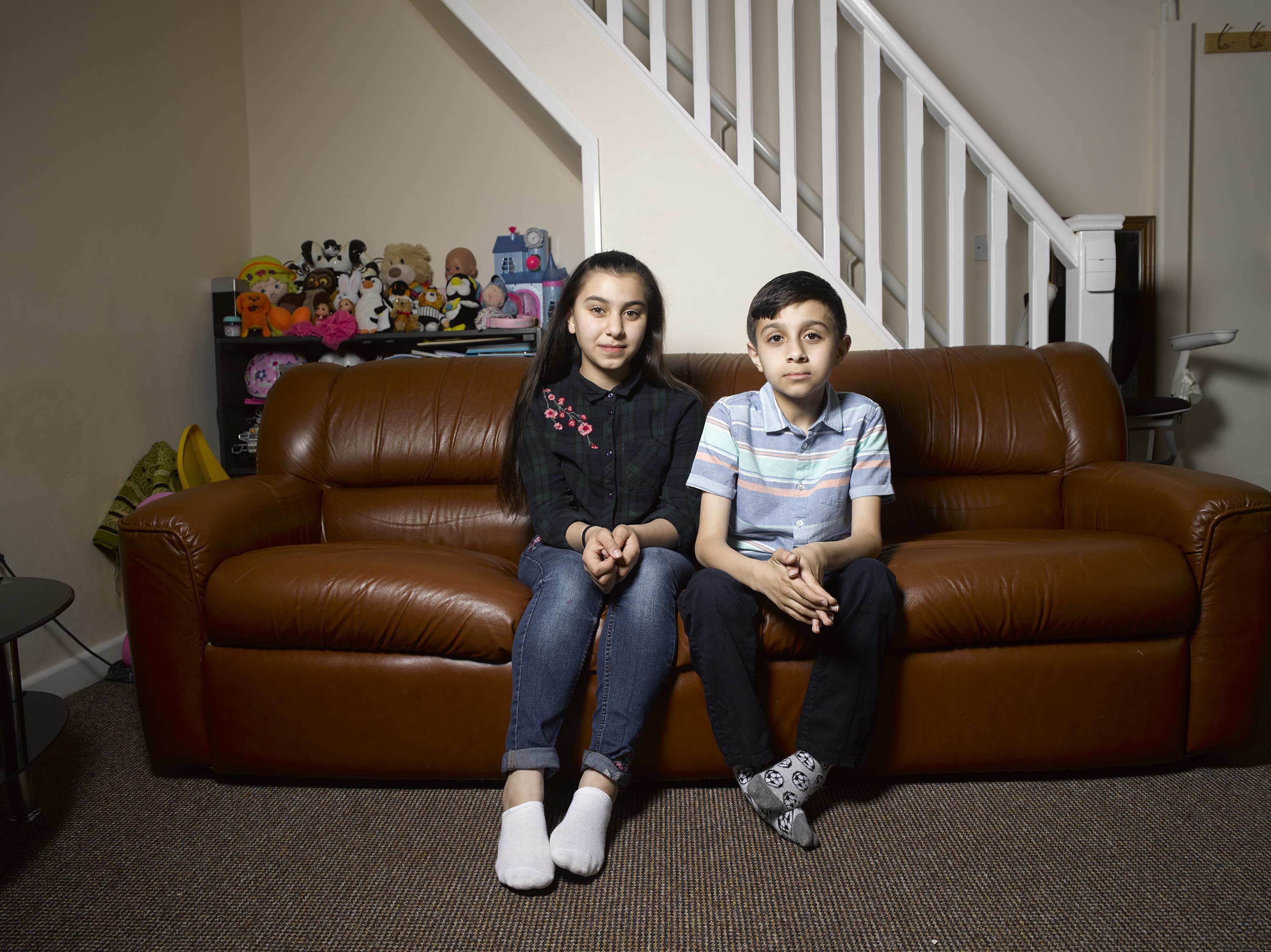 Mohammed left Syria when he was still a teenager and before the rest of his family. He made it as far as Bulgaria before he was detained in a refugee camp.

By the time Mohammed, now 20, was released and made it to England, the rest of his family had fled Aleppo and arrived in the UK where they'd been granted refugee status.

In tragic scenes, Mohammed's family are told he cannot seek asylum in the UK with the rest of his family.

Because Mohammed was granted refugee status in Bulgaria, that is where he has to remain.

On news that he's detained by the Home Office, the cameras film his hysterical parents as they realise they have no control over keeping their son close.

Omar, 17, fled Syria alone a year ago to join his brother who had already claimed refugee status in Cardiff.

"I left Syria because it's not a safe country. You're scared all the time. I'ts so bad now. It's not safe, ever," Omar explains.

But his journey was a long and dangerous one through Europe.

Once he made it to Belgium, Omar hid inside the back of a lorry and got into UK – six months after leaving Syria.

Omar now awaits a decision from the Home Office as to whether he can stay in the UK – in the meantime, he faces the threat of being deported back to Syria.

Speaking about his family, Omar says: "I speak to them sometimes, but I'm afraid for them. They are in danger. When they call me they tell me there are bombs. It's not safe. I miss them. I have my brother here but it's not enough. I need my mother and father."